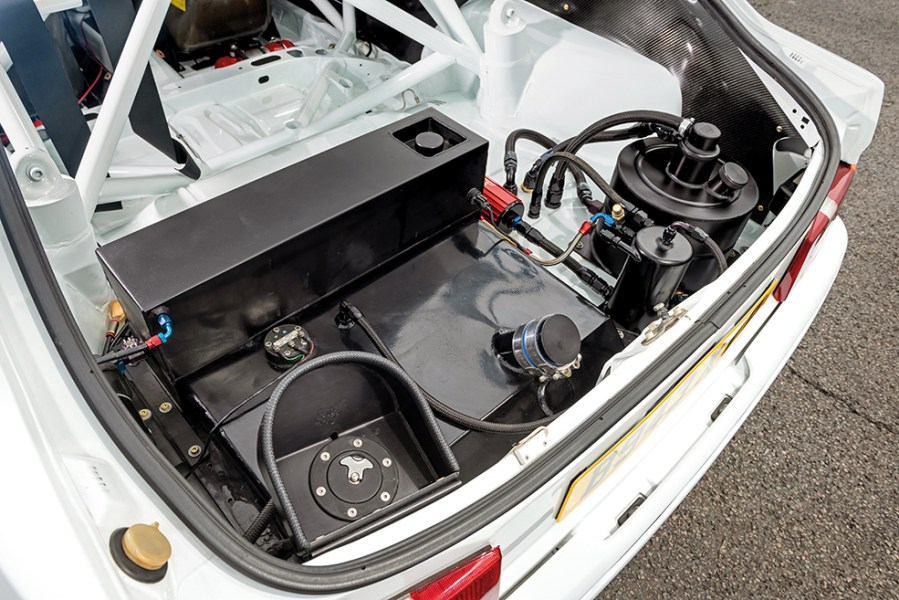 We take a closer look at one of the key areas of any internal combustion engine, it’s the Fast Car fuel system guide.

The basics of a fuel system are simple enough to understand, but when it comes to upgrading that fuel system (which is something you will need to do if you start increasing the engine’s power levels), things can start to get surprisingly complex.

Various fuel delivery systems are available, but the type we’re interested in for this feature is the most common system ­– electronic fuel injection. The principle is very simple: you have a fuel tank where the fuel is stored, a pump that takes fuel from the tank to supply the engine, and the injectors, which feed your engine with the required amount of fuel at the right time.

But there are more components and certainly a lot more variables that need to be considered, so let’s take a closer look and find out the truth about fuel injection systems… 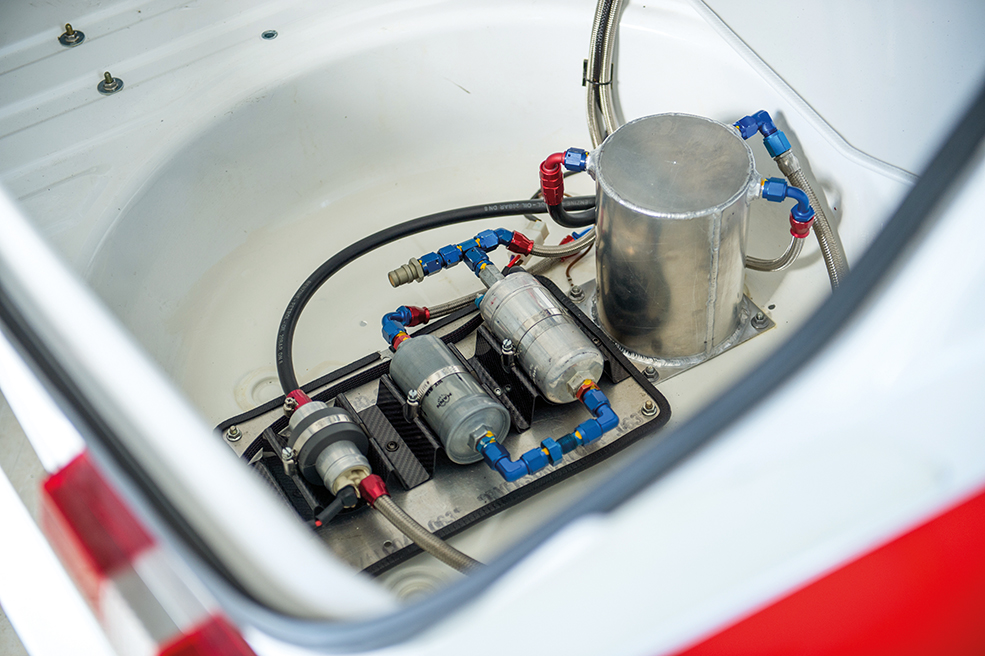 Everybody knows what a fuel tank is for, but on many highly-tuned cars the standard tank is replaced with a performance fuel cell. These cells are stronger and less likely to leak in the event of a crash or roll over, can be almost any size you require, and are often baffled, negating the need for a separate swirl pot.

The fuel pump’s job is to pump fuel from the tank (or swirl pot) to the injectors. Modern fuel pumps are electric, although older cars and some race cars use mechanical pumps – some RS500 racers used a backup mechanical fuel pump driven off the cams.

Most modern fuel injection pumps can cope with the flow requirements of moderate power increases, but an upgraded pump is often needed to keep up with the fuel demands of highly-tuned engines. 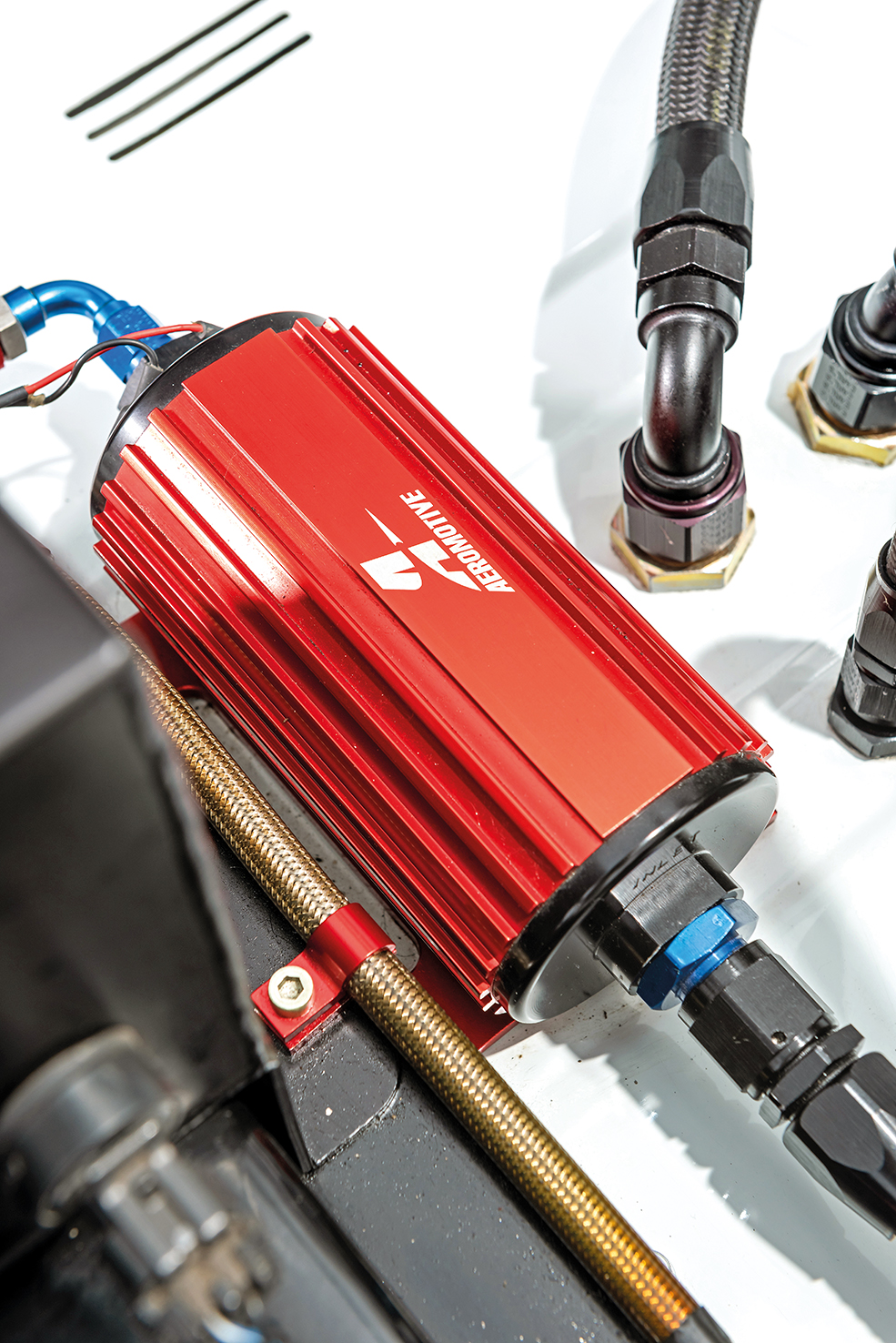 Upgraded pumps come in a huge variety of shapes and sizes, some of which are capable of flowing over 1000bhp-worth of fuel.

But don’t think bigger is always better – it’s not. You can have a fuel pump that flows too much for your engine’s requirements. While an oversized fuel pump won’t over-fuel the engine itself (the fuel pressure regulator prevents this from happening), it will mean fuel is pumped around the system too often, which can result in a loss of performance and increased risk of detonation due to the fuel being heated up.

Specific fuel coolers are available to cure this but are seldom seen outside endurance racers – it’s better to get the correct sized pump in the first place.

As you’d expect, a fuel filter removes foreign objects that may block the injectors or cause damage to the engine. Most standard filters can usually cope with the power increases we see, but remember to change it frequently – it’s a filter, so by its very nature it will become blocked over time and, if unchanged, could potentially cause a lean-running engine. Larger ‘race’ items are available for big-power engines and those running more exotic fuels but aren’t really needed for fast road cars.

The fuel feed line connects the main fuel pump to the fuel rail, and is usually made of metal or reinforced rubber hose. It’s important that any hose is capable of handling high-pressure fuel, as normal rubber hose will degrade and can even burst under the pressure. For big power, larger diameter fuel lines are often needed, but you’ll be surprised how much power can be achieved with seemingly small-diameter fuel lines.

A return line allows the excess fuel that the regulator bleeds off to return to the fuel tank (or swirl pot). The fuel here isn’t under any pressure, so you must make sure the return line is of a suitable size – if it cannot flow enough, it will become a restriction and cause increased fuel pressure.

The fuel rail holds the injectors

The fuel rail is where the injectors are mounted. In essence it’s simply a solid metal bar with the fuel coming in one end and going out of the other, with outlets for the injectors along the way. The pressure regulator is often mounted on the fuel rail too. Performance fuel rails generally feature a larger bore size and a higher flow rate, and on some applications, they even have inlets at both ends and a central outlet, in order to provide a more consistent fuel flow under extreme use.

Fuel injectors are small electronic solenoids controlled by the car’s ECU. They open at precise moments, and for exact amounts of time, to supply the correct amount of finely atomised fuel to the engine. There are countless injector options available, so finding the right parts for your engine’s requirements isn’t too hard.

Most factory-fit injectors have room for mild power increases, but for big power hikes, larger injectors are a must. Larger injectors can deliver more fuel but can be harder to control at low pulse widths, especially with less sophisticated ECUs, making for less refinement at low rpm, so getting the right injector can be somewhat of a balancing act.

The pressure regulator usually sits on the outlet side of the fuel rail and maintains a set pressure at the fuel rail by allowing excess fuel pressure to ‘bleed off’ into a return line back to the tank. Regulators are generally simple spring-loaded valves that open at a particular point (typically 3.5-bar).  All aftermarket regulators (and some standard ones too, such as the Sierra/Sapphire Cosworth unit) are fully adjustable to enable fine-tuning of the static fuel pressure at the fuel rail. Many regulators also reference boost/vacuum from the engine (usually via a small pipe from the inlet manifold) and automatically adjust the fuel pressure to increase or decrease in parallel with the manifold pressure. 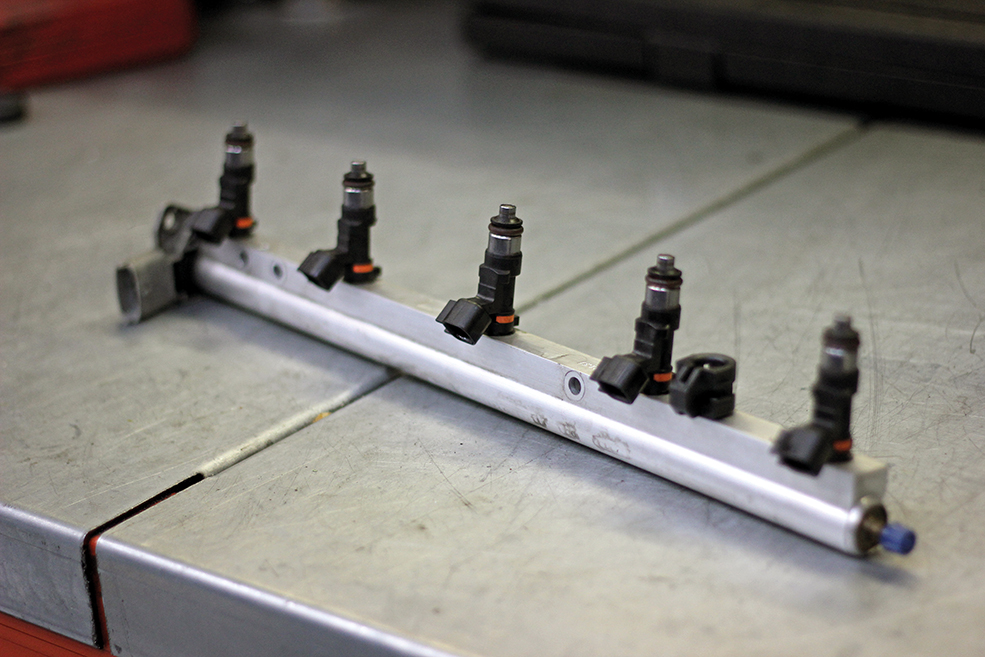 On highly-modified cars, fuel swirl pots are often installed between the fuel tank and the main fuel pump that feeds the engine. A swirl pot is a small-capacity, tall and baffled tank, usually around two litres in capacity. It’s used to prevent fuel surge when cornering, accelerating or braking hard, and makes sure there’s a constant supply of fuel to the main pump. Swirl pots are generally fed from the fuel tank by a low-pressure secondary pump or ‘lift pump’, as well as from the excess fuel returned via the fuel pressure regulator.

It’s not uncommon to add a second fuel pump to keep up with the required flow of big-power engines, but this creates a potential risk that you should be aware of. If one fuel pump fails, the single remaining pump will not be able to supply the required amount of fuel, so the pressure will drop, the car will run lean, and the engine will fail. A large, single fuel pump would be a safer option because if the pump fails the engine will just stall. Oddly, this is a situation where you’re better off with the car just stopping completely, rather than driving around with a lean-running engine that will be causing extensive (and expensive) damage. With new fuel pumps and good wiring, you’re unlikely to have a problem, but this is certainly a factor worth considering. 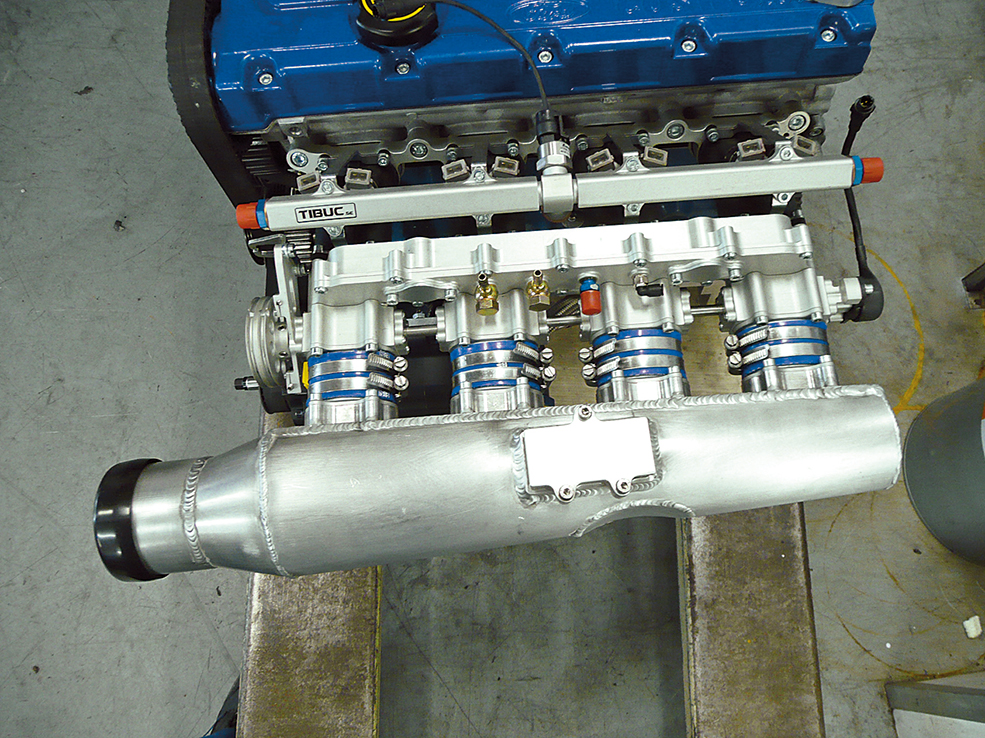 Extra injectors can be mounted side-by-side…

You have probably noticed that some cars run two, and in rare cases, three, injectors per cylinder. There are two main versions of this: side-by-side injectors like on Escort WRC cars, and stand-off injectors like the Sierra RS500.

There are three main reasons for having multiple injectors per cylinder: older engine management systems can struggle to control large injectors accurately; massive fuel flow requirements are beyond the capabilities of a single injector; and the fact that secondary injectors placed further away from the inlet port will lower inlet temps – potentially increasing performance and reducing the risk of detonation.

The danger of running multiple injectors is the same as using multiple fuel pumps – single injector failure. If an injector fails, that cylinder will run lean and is likely to suffer expensive damage. Again, this risk is minimal with new components and well-built electrics, but the risk is still there.

We’re sure you might have guessed, but an in-tank pump is submerged in the fuel tank, and an inline fuel pump is placed within the fuel feed line shortly after the fuel tank outlet. Most newer cars have in-tank pumps, and while these are effective, cars with uprated in-tank pumps tend to be more susceptible to fuel surge when cornering hard than inline pumps. To solve this problem, it’s usually wise to also install a fuel swirl pot feeding an external, inline pump. A fuel cell with inbuilt baffles to prevent fuel surge should help prevent the surge problem, but on standard fuel tanks at least, the baffles fitted may simply not be enough for hard track use.

Restoring injectors through cleaning can be a vital part of the tuning process, especially if using old or second-hand components. Fuel is rarely perfectly clean, hence the need for a fuel filter, but even they aren’t totally fool proof. Because of this, the injector will slowly start to clog and lose performance. Unless the problem is severe you may not immediately notice it, and if you buy a set of used injectors you may not realise one is blocked until it’s too late and you’re staring at a melted piston. Injector cleaning and flow testing is vital to make sure your engine is safe and running at its peak performance.

Injectors are cleaned in an ultrasonic bath and are tested and, if needed, adjusted on specialist flow testers, usually made by injection specialist ASNU. 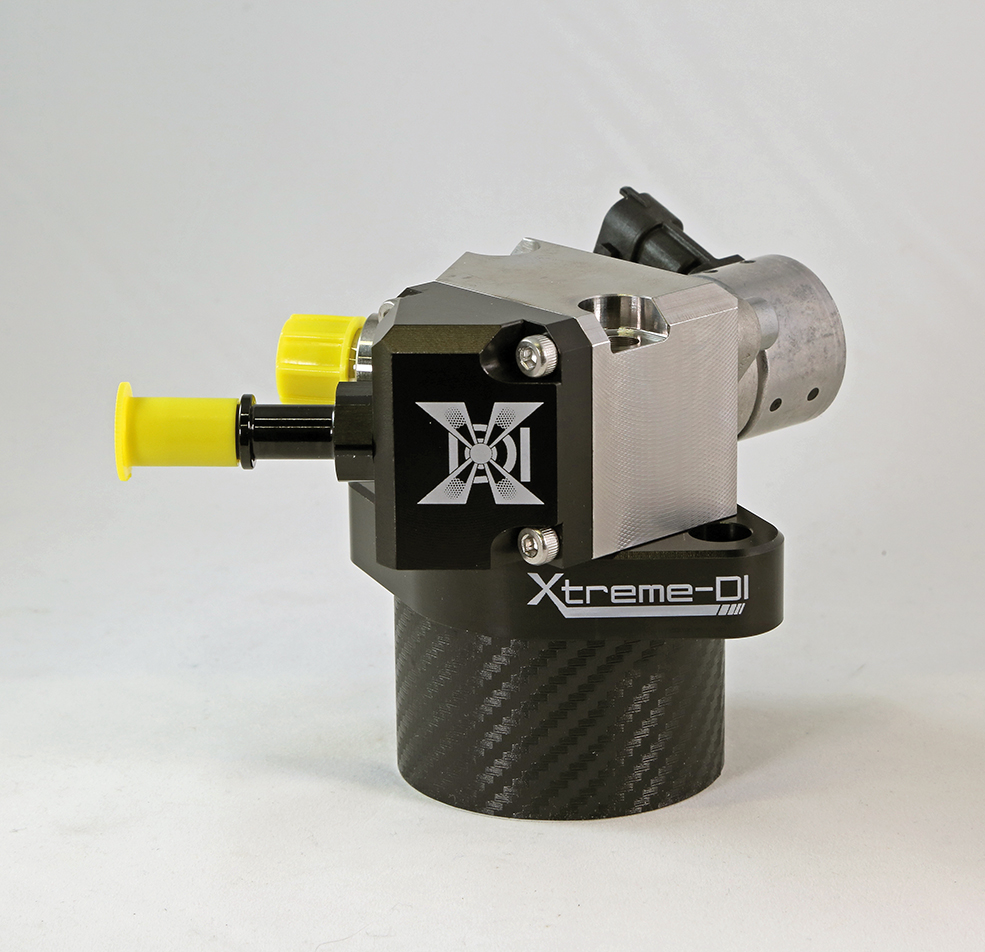 The standard direct injection components do have their limits, though, just as the traditional port-injection systems. On EcoBoost engines, for example, a high-pressure fuel pump is mounted on the engine and is driven from a cam lobe. The pressures are much higher than traditional port injection (up to 200-bar fuel rail pressure), but that doesn’t mean the OE parts can flow enough fuel to support all of our goals.

On big-power engines, a high-performance high-pressure fuel pump from the likes of Xtreme-DI is required – sometimes the pump alone is enough to supply the increased fuel delivery required, but for highly tuned engines the pump will need to be matched with high-flow injectors too. These components don’t come cheap; a high-pressure pump and set of 2000cc injectors for the 2.3 EcoBoost costs over $3000.

Before high-performance high-pressure DI pumps were readily available, tuners used to supplement the DI injectors with another set of traditional port-injectors. In effect, this is like having two fuel systems running simultaneously: one direct-injection, and one port-injection. It adds to the cost and complexity but is a great way of supplying the extra fuel needed if no aftermarket upgrades exist. Modern high-performance upgrades offer a neater installation, but the option of adding another bank of traditional injectors (usually in the inlet manifold) is always a handy alternative. 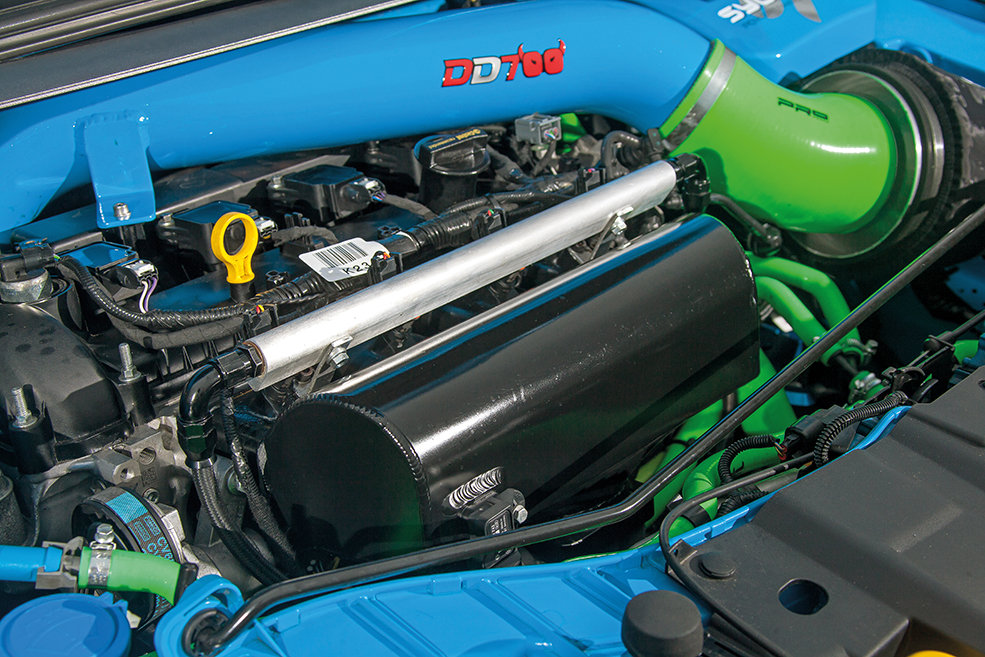 Adding a port injection system means you can retain the OEM DI components, but still deliver the extra fuel when it’s needed