Defining Car Culture. That’s our motto and we’ve been doing that since 1987!

Most of you will remember Fast Car as the modified car magazine that spanned from 1987 to 2021, but today the name represents so much more. Back in 2014 Kelsey Publishing purchased the title and the Fast Car Entertainment umbrella brand was launched soon after. Now it boasts an impressive portfolio of titles including Performance VW, Fast Ford, VWt and Performance BMW and market-leading live action events such as Japfest, Ford Fair and TRAX.

Fast Car may no longer be a print entity, but it remains at the core of car culture and is as committed as ever to creating the best modified car content, providing car news, buying and tuning guides and more. The name has never been so popular, just ask our 5,000,000 followers! 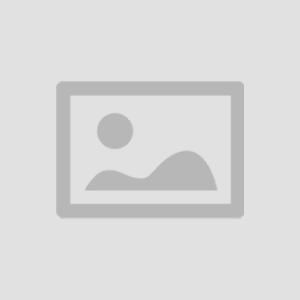 I blame my dad for my car obsession and can even pinpoint the exact day that it all started. It was 1986 (yes, I am that old) and a 5-year-old Slim Jules was waiting to be picked up from primary school, when my dad rocked up in a brand-spanking-new Sierra RS Cosworth! From that day on I was hooked. My first car was a Nova GTE, shortly followed by a Mk1 MR2 and a Calibra 4×4 Turbo, I won’t mention the Mondeo TD that sandwiched a couple of those cars. The Calibra was my first project car on FC, when I joined back in June 2002. I stayed on the mag for 18-years before taking up my new position as Head of Content in 2021.

I currently drive a 2 Series Beemer (company car) but if my numbers come up on Friday’s Euro Millions, I’ll be buying a Ferrari F40, white 3-door Sierra Cossie like my dad’s, a 300zx Twin Turbo, a triple rotor Eunos Cosmo and a R5 GT Turbo Raider. I think that’s a pretty good summary of my taste in cars. Oh, and I’d slam them all on split rims and air-suspension! Old habits die hard.

Did you ever play that game in the car while you were young where you’d try and identify every make and model vehicle that you passed? That was me. I’ve loved cars for as long as I can remember, watching WRC & Formula 1 with my parents and brother, and playing games like Gran Turismo and Ridge Racer on the PlayStation. Growing up in the late ‘90s and early 00’s meant video games played a huge part in my childhood, naturally my love of cars transferred to gaming, Gran Turismo rarely left the disk tray. Then along came the Fast & Furious films and Gone in 60 Seconds, needless to say I was hooked on cars and everything about them.

I didn’t start writing about cars “professionally” until around seven years ago with CAR magazine. I joined Kelsey Media six years ago and have since written about classic cars, organised content for performance car shows, driven a countless number of cars, driven across umpteen countries on road trips and met so many great people along the way. But the number one motoring memory for me must be getting lost on a cold December day in the Peak District in Vauxhall’s own VXR220 on an AD08R tyre. Three pedals in a mid-engined shoebox, no traction control and a summer tyre. I spent almost two hours just driving, with not a care in the world!

Now what would my dream car be? That’s an impossible answer and changes depending on which day of the week it is… but if I had to choose one, let’s go with Pagani Zonda. That naturally aspirated V12 sounds too darn good to pass up. Plus, it looks about as bonkers as you’d like on a road car and features three pedals for some proper motoring.

I grew up reading my dad’s car magazines (Custom Car, Street Machine, Autosport and Motorsport) and attended my first Le Mans aged 10. It didn’t take long for the creative juices to start following. Then followed various British Motorshows at the NEC and a number of rallycross meetings. When you grew up with Group C sportscars and Group B rally cars, watching football matches on the weekend like most of your mates just didn’t seem to appeal.

I’ve been a motor journalist for over 20 years and began editing Performance VW way back in 2004! While I’ll never be a millionaire, when Monday morning rolls around – as it inevitably does – it’s never a choir to go to work. In fact, when your work is your hobby then it hardly feels like work.

There have been so many great motoring memories over the years, but the one that sticks out was being a passenger in my friend’s first Mk1 GTI all those years ago. I just loved everything about that car, from its understated styling to its built-proof build quality and unrivalled performance.

I’ve always dreamed about owning a Porsche 917 and Metro 6R4 (can’t imagine where that comes from), but realistically I already own my dream car in my Golf Rallye. I’ve owned the car 15 years and have no intention of ever selling it…

I’m Glenn, the man lucky enough to be in the driving seat of VWt. I’ve worked in automotive media and events for 15 plus years now. In that time I’ve road tripped around the globe in my search for great motors, awesome drives and automotive culture related stories. You may have also seen my mug in Fast Car, Performance Audi or at many of the shows.

I’ve been into anything with wheels since before I could walk, but for me all started with Transporters, mainly thanks to my grandparent’s Bay Window Camper. That was over 30 years ago now, but fast forward to today and not a lot has changed. Sure, the vans have got bigger, but the vibe and community remain the same. Like most people, I am just an enthusiast, I’ve just somehow managed to blag a career out of it. Yep, I’m a lucky man!

Growing up, we never had any fancy cars (my uncle’s V4 Capri was about as spicy as it got!), but I used to get taken on long European road trips when I was little, so spent a lot of time in and around cars and just fell in love with them. Growing up, I used to read all the car mags I could get my hands on, and that included modded ones (like Fast Car!), and that’s where I got a taste for tuning. I think it really took off when I got into the OG Gran Turismo and became obsessed with the modified Japanese scene, and that just grew from there and expanded into a much broader love for modding!

Having written about cars for 18 years, I’ve got so many brilliant motoring memories that it would be tough to pick one. But, the road trip through Scotland in my MkIV Supra TT was pretty special. Loads of memories have come about through work – getting to spend a week commuting in an E92 M3 GTS, driving a Pontiac Grande Parisienne in South Africa, road-testing a weird three-wheeled sports bike thing in Washington, trying to max out a modded F10 M5 on the German autobahn, there have been some awesome moments!

A dream car for me would be the typical supercar poster cars, the Ferrari F40, Diablo, McLaren F1 etc. Modern supercars may be way faster and far more capable, but nothing is as special as those old-school icons.

I’ve been into Blue Ovals ever since I was a kid. I remember sitting my dad’s mate’s RS500 and from that day forward I was hooked on fast Fords.

I’ve always been a huge Sierra fan and while at University I went out and spent my student loan on a 2WD Sapphire Cossie! Who needs books anyway?

All joking aside, that car taught me more than any textbooks ever could and proved to be the path into Fast Ford magazine.

Ever since, I’ve been writing for the mag and messing about with modified Blue Ovals. My love for fast Fords has only gotten stronger, and I can get just as excited about a little track-spec Ka as I can the latest GT hypercar. If it’s fun and a Ford, I’m in! 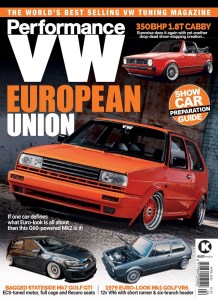 The World’s best loved magazine for the modified Volkswagen scene. 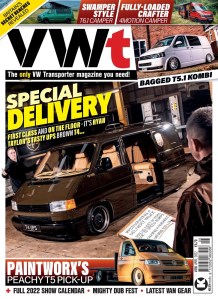 VWt is a must read for all owners and enthusiasts of the Volkswagen Transporter, from the T4 model upwards. 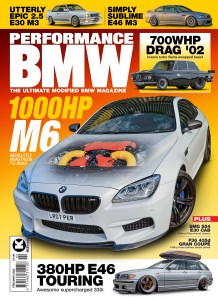