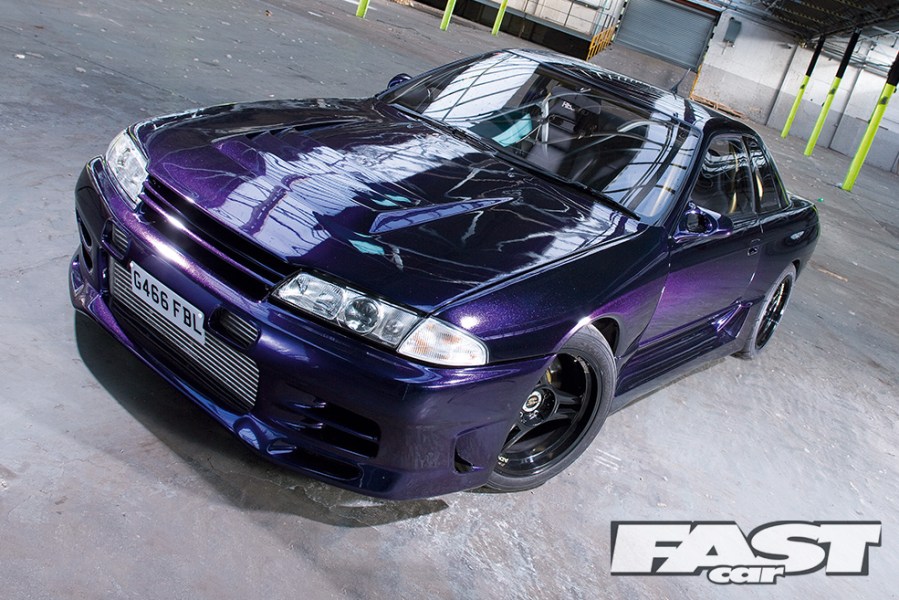 NISSAN R32 SKYLINE GT-R ENGINE TUNING
The Nissan R32 Skyline GT-R was designed from the outset to be a homologation special for Grp.A touring car racing, and therefore most of the components were built to be hugely capable as standard – particularly the engine. The 280bhp 2.6ltr 24V twin turbo engine is a real monster, capable of over 600bhp even using the standard intercooler, manifolds, crank and rods, and producing well over 10,000rpm and 1,000bhp in highly modified form.

Being such a common car to tune, it’s quite rare to find a standard one, and a highly tuned one is often the best value for money to buy. Basic tuning steps involve a full exhaust, air filters and a remapped ECU, which ups the power to about 380-400bhp. Moving on from there, bigger direct replacement turbos or a single turbo conversion, along with the associated fuelling mods, cams and an upgraded ECU can give well over 500bhp on standard internals.

Being such a high-revving engine, the most common things to fail are the bearings, often due to problems with the oil system, so when rebuilding your engine make sure you run an upgraded oil pump and crank collar, ideally an enlarged sump too if doing track work.

NISSAN R32 SKYLINE GT-R STYLING
Although there are many bodykits available for the R32 GT-R, keeping it subtle and functional is the way forward. Most agree that the best body upgrades are the optional Nismo parts, especially the lower rear lip spoiler, rear bumper spats and front bumper vents.

Add to that one of the many vented bonnets on the market, a lower rear diffuser and maybe a larger front splitter, and you have a subtle but hugely menacing supercar chaser.

NISSAN R32 SKYLINE GT-R INTERIOR
The R32 dash and clocks aren’t bad looking items, but the standard seats are pretty terrible and dying to be replaced. There are some great reclining sports seats on the market from the likes of Sparco, Cobra, Corbeau, Recaro and Bride. A pair of these, along with some vital gauges and a few other minor touches including smaller steering wheel will really bring the sedate interior totally up to date.

NISSAN R32 SKYLINE GT-R INTERIOR
Once again, thanks to the car being designed for racing, the standard wheel arches are huge and you can run 10x18in wheels and 265/35x18in tyres front and rear with no arch work and an offset of around 25. If you don’t mind rolling your arch lips we have seen as much as 285 wide tyres all round on the R32 GT-R if you really want to go to the extreme.

NISSAN R32 SKYLINE GT-R BRAKES
Although the R32 GT-R comes with four-pot front and two-pot rear brakes as standard, the car’s quite heavy and the stopping power is the weakest part of the car’s abilities, especially when tuned. A fairly cheap and easy upgrade is changing to a used set of standard R33 or R34 GT-R Brembo brakes and uprated pads, which give hugely improved stopping power without having to shell out big bucks. If you wish to go further, there are six- and eight-pot brake conversions with up to 380mm discs available.