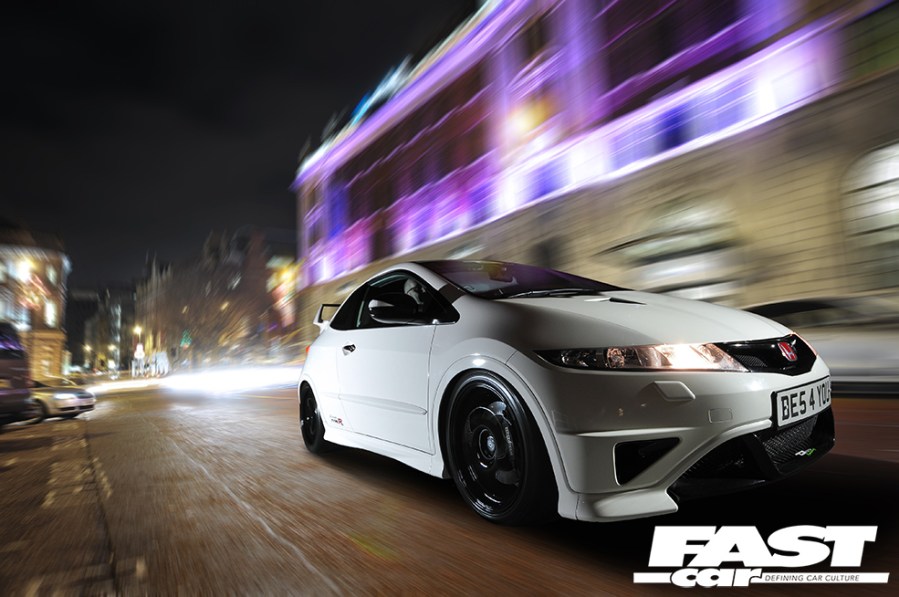 Welcome to this week’s FC Throwback, where we take a look back at some of our favourite previous feature cars. This week it’s Tim Desmond FN2 Civic. Tarmac, driveshafts, tyres and Lamborghinis – this 507bhp turbo Type-R can eat them all… 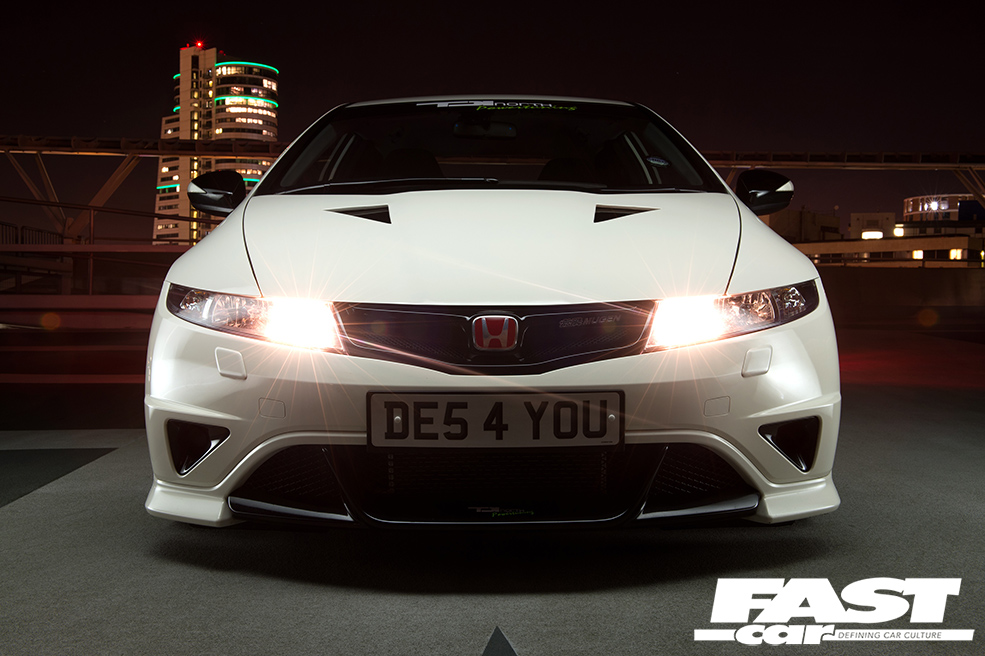 While there’s no denying our love for the screaming Honda VTEC engine, even their most hardcore fans at FC Towers (and by that we mean Initial G) will admit they aren’t exactly torque monsters – they’re all about the high rpm action. This is great fun on the open road, but having to drop three gears to get from cruising rpm to hooning rpm can become a bit of a chore, and being such a highly tuned engine means big gains from further N/A tuning isn’t cheap or easy. Because of this, while many purists won’t agree, the way forward, especially if you want to go giant-killing (and who doesn’t?) is forced induction. 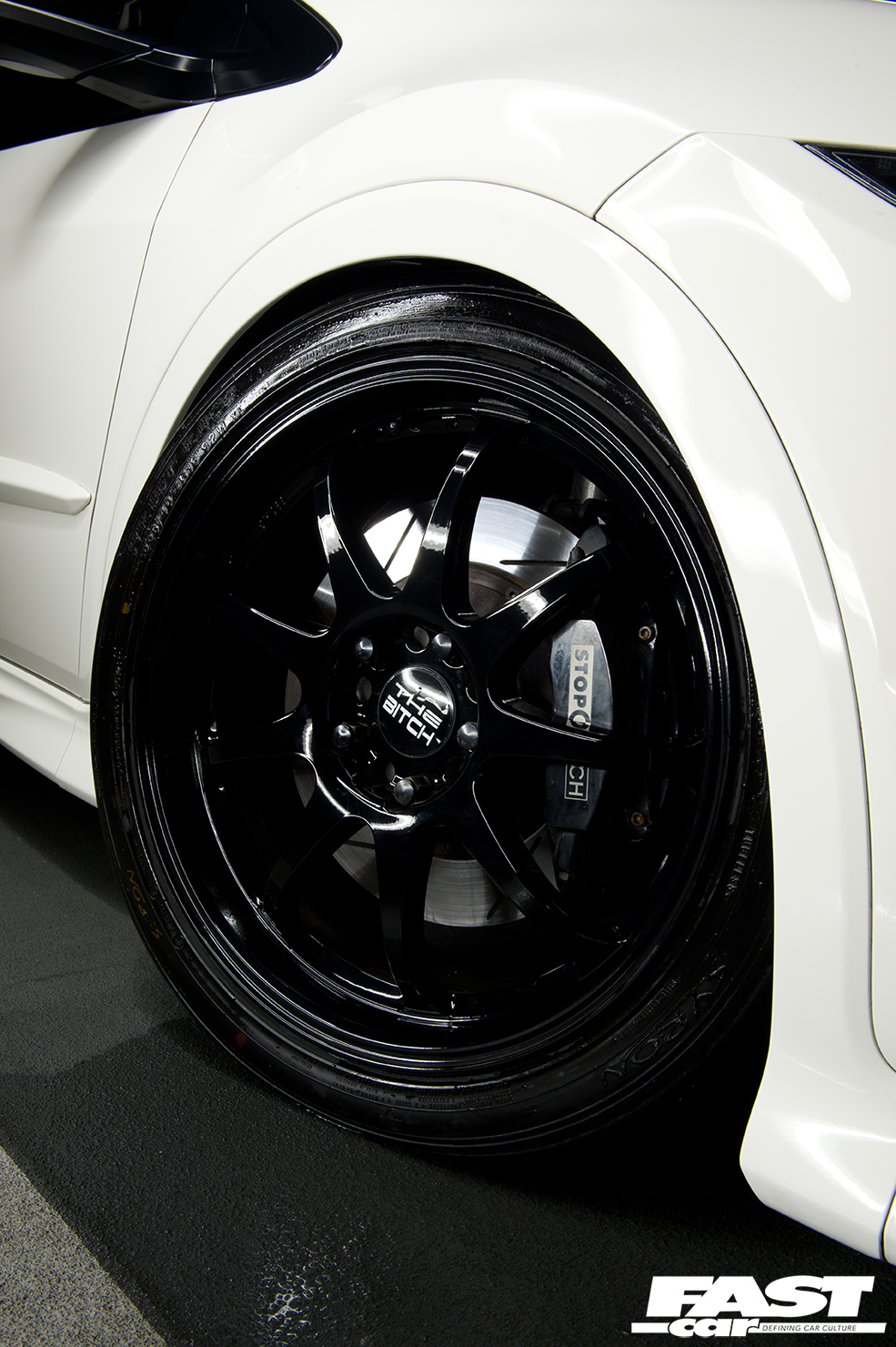 The owner of this FN2, Tim Desmond, went through this exact issue, having owned this car for three years of almost non-stop modifying, culminating in this turbocharged monster you see on these very pages. 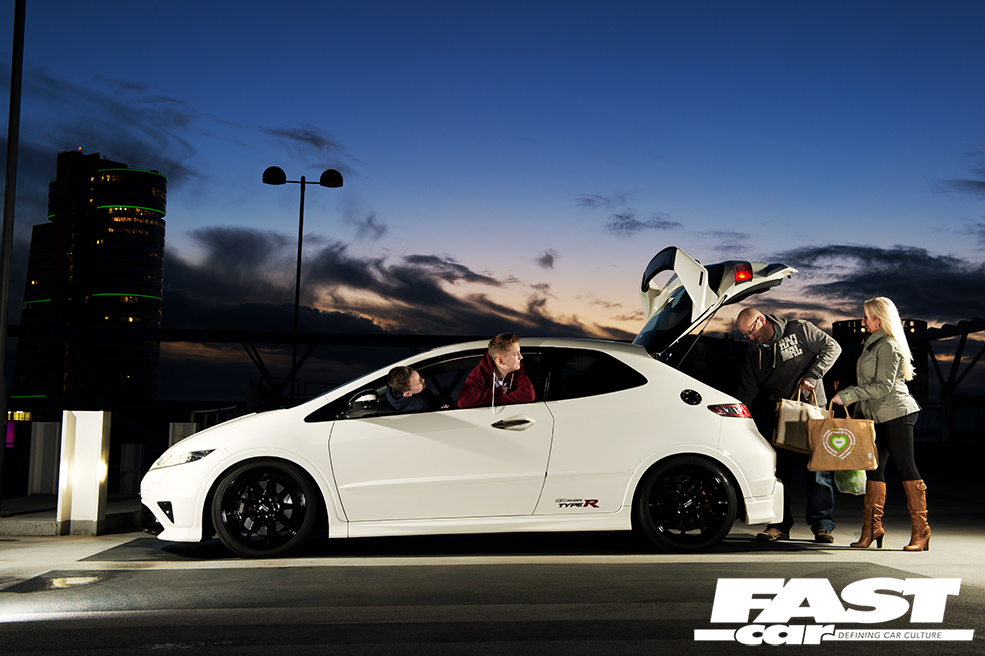 At first Tim kicked it off with N/A tuning, including a set of lumpy cams. But soon getting bored of that and ending up with a CT Engineering supercharger kit pushing out 330bhp. The instant punch of a supercharger combined with well over 300 horsies running wild in the engine bay would be enough for most of us. But not for Tim. In fact he was bored in no time and wanted more, lots more. Which leads us to where we are today. 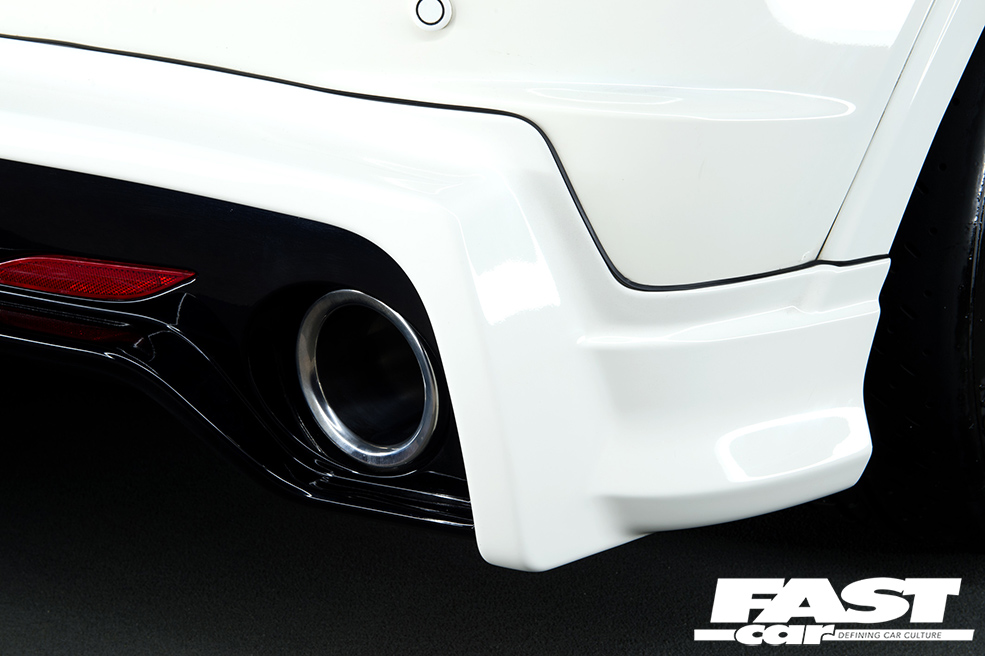 If you want 500bhp from any 2-litre lump it’s no easy task, even when the lump in question is the awesome Honda K20 unit, and the only viable way is with a turbo. But the problem was, FN2 Type-Rs such as Tim’s have only been around for a few years, and a turbo kit didn’t exist. Thankfully for Tim, and all you Hondaheads, TDi-North do exist. And after finally succumbing to Tim’s pestering they agreed to develop one. After four months of design, fabrication and testing, this cars engine is the awesome result. 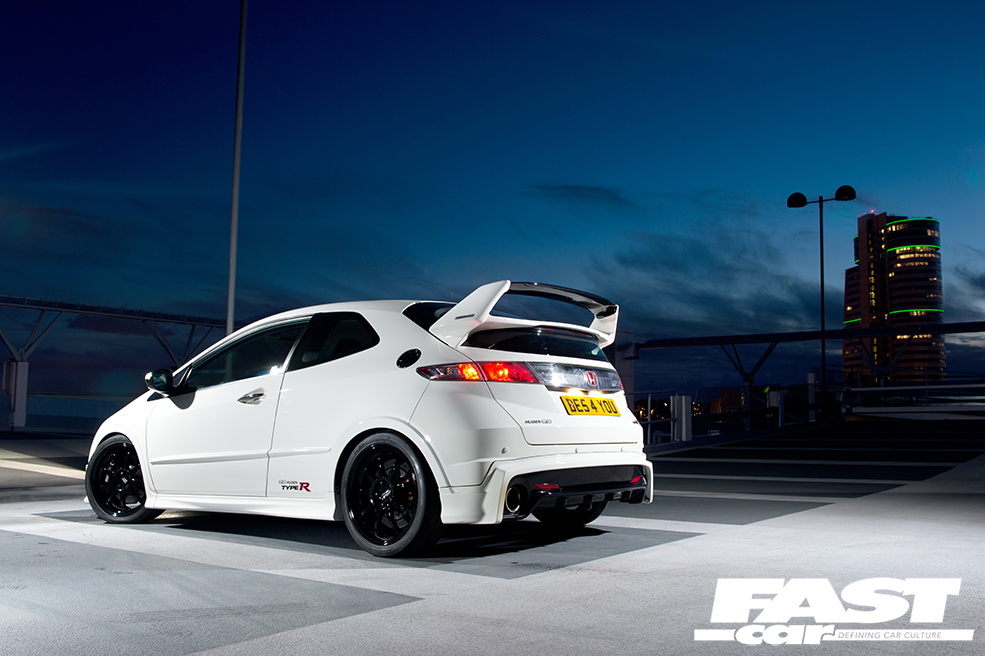 On the rollers this setup makes around 330bhp at 9psi, which is safe on standard internals. But power hungry Tim needed more. So TDi-North built his engine up with forged internals from a Cosworth, upped the boost to a man-sized 22psi, and the end result is a massive 507bhp. To help with grip and to stop the car spitting out gearboxes, torque has been limited to 400lb/ft, which is still over 250lb/ft more than standard and over double what most bolt-on supercharger kits give. Tim’s car is a real monster. 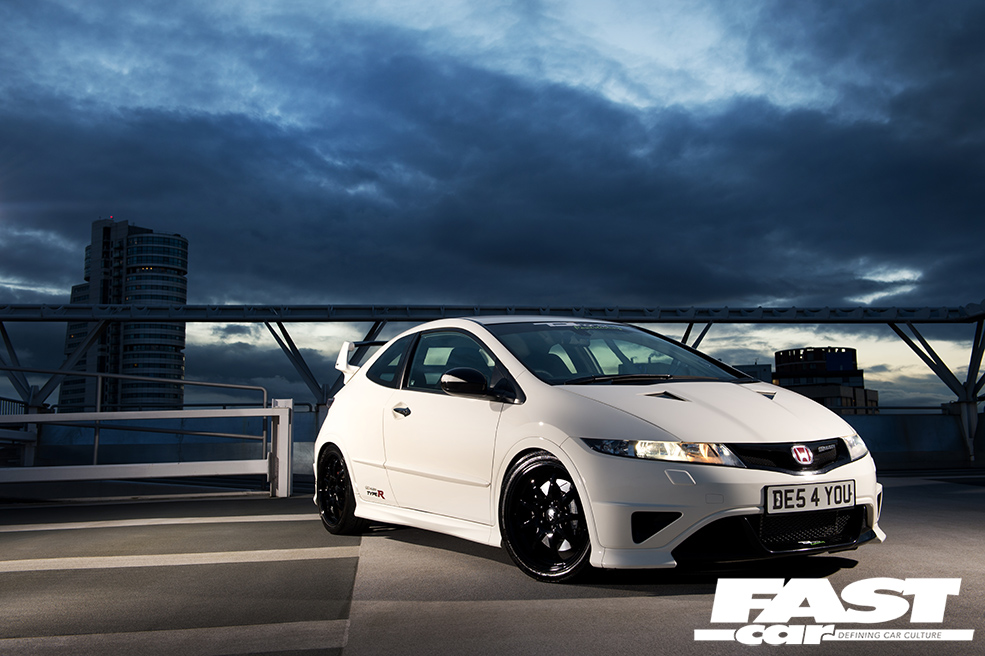 After reading this so far some of you are probably thinking, “Surely having that much power through the front wheels is pointless?” But thanks to some well chosen mods, it’s crap-your-pants fast, but definitely not pointless. The combination of KW coilovers, Eibach camber adjusters, polybushes and a ‘Fast Road’ geometry setup by TDi-North makes the car handle brilliantly. Meanwhile the WaveTrac limited slip diff, sticky Syron Street Race tyres and a trick boost and traction control system do a great job of putting all that 507bhp to the ground, without a big cloud of tyre smoke. 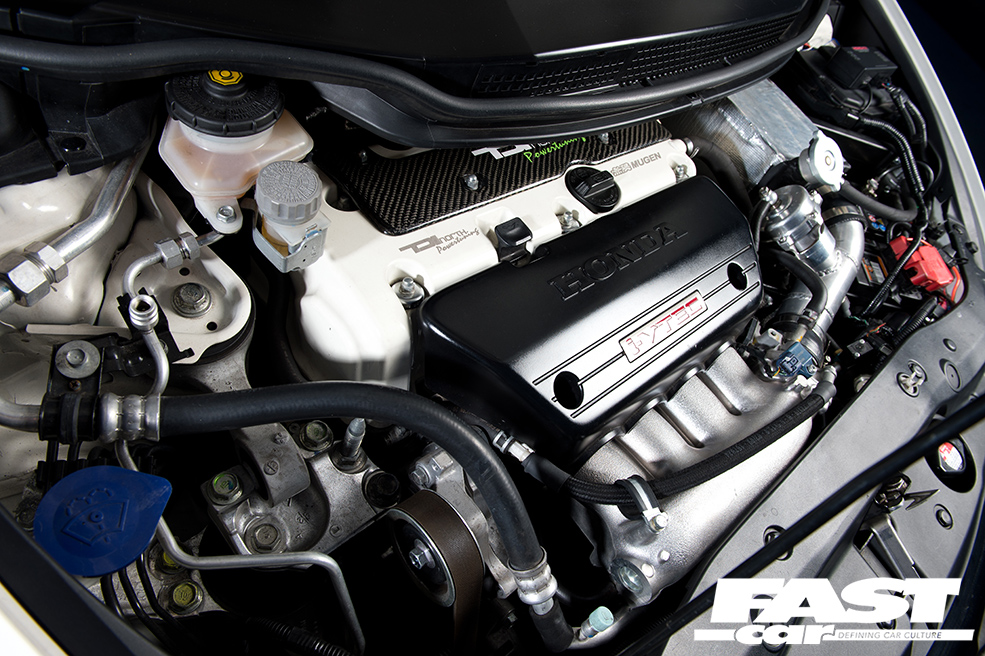 Although the engine has taken its power boost in its stride, uprated driveshafts from Driveshaft Shop in the US were needed as they found that pushing 150 per cent more torque through the standard shafts were quickly munching them up. 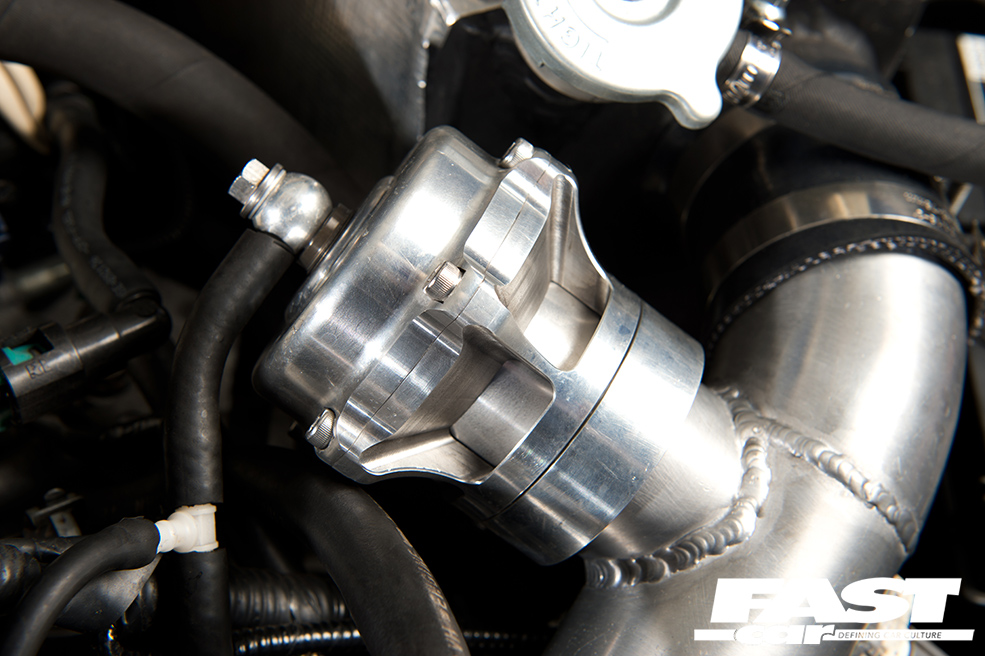 So, what does all this power and grip mean in the real world? Well for Tim it means he can do exactly what he wanted to do in it; go out supercar and superbike baiting. “Yeah, it’s officially a Lamborghini Gallardo LP570-4 Superleggera eater. But most the time it’s the usual Subarus, Evos and fast Audis that try it on. M3s are my favourite though, they really don’t like to get beaten by a Civic!” Tim laughs. 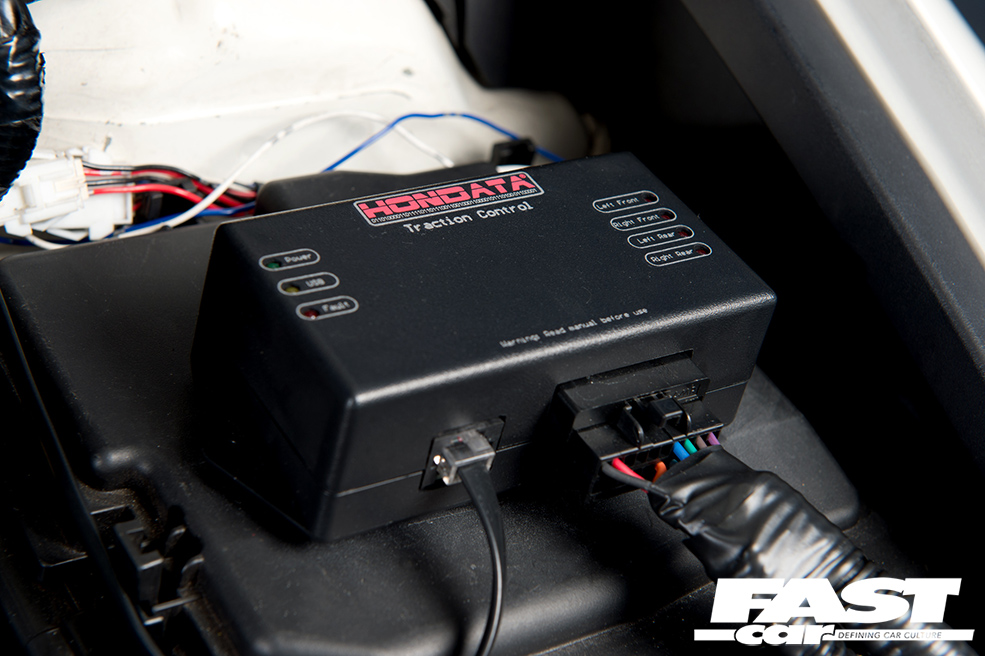 In a funny sense of the word Tim’s car is a sleeper, but without having to own a boring or crappy looking car, as while it looks awesome thanks to the Mugen bodywork and 18in Rota P1s, nobody expects the car to be a 500bhp+ monster. If anything the looks probably encourage supercar owners to try and teach this kitted-up Civic a lesson. But the only lesson learnt is by them – about modified cars! 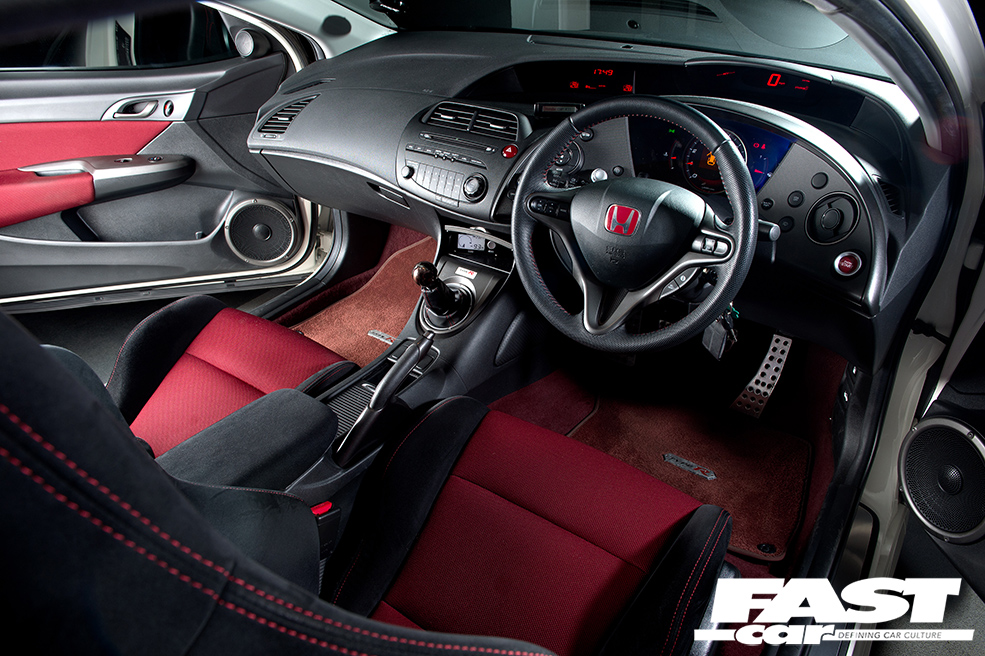 Nobody can sum it up better than Tim himself: “It’s a kitten round town, really easy to live with, and even does 35mpg on a run. But the big fat smile you get when the boost kicks in is epic. And what’s even better is the look of horror on Lambo drivers’ faces!” 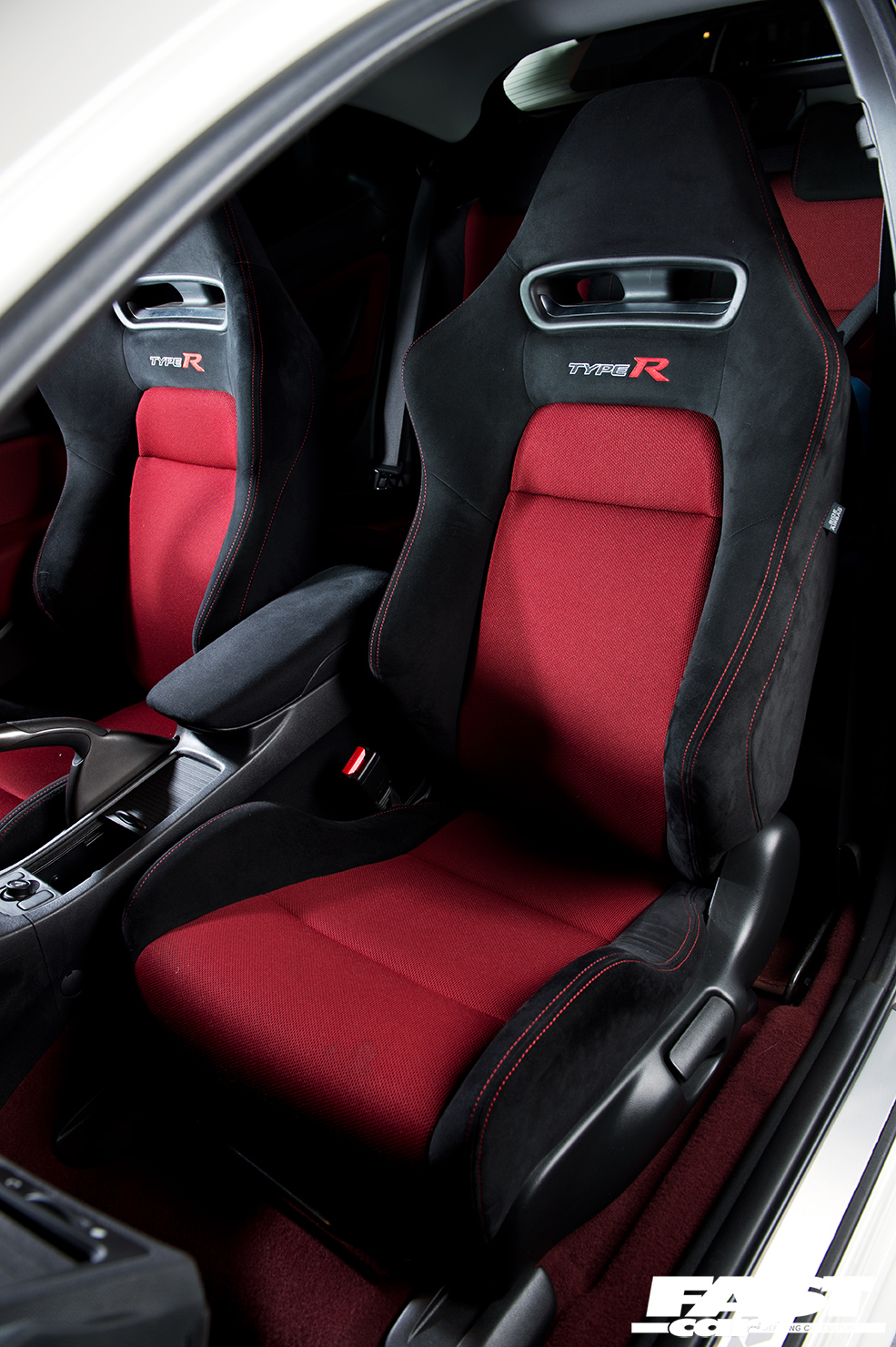 Rare Rims (www.rarerims.co.uk) for the wheels; all the nutters on the Civinfo forum (www.civinfo.com); especially Mark Hagan for being a belson!