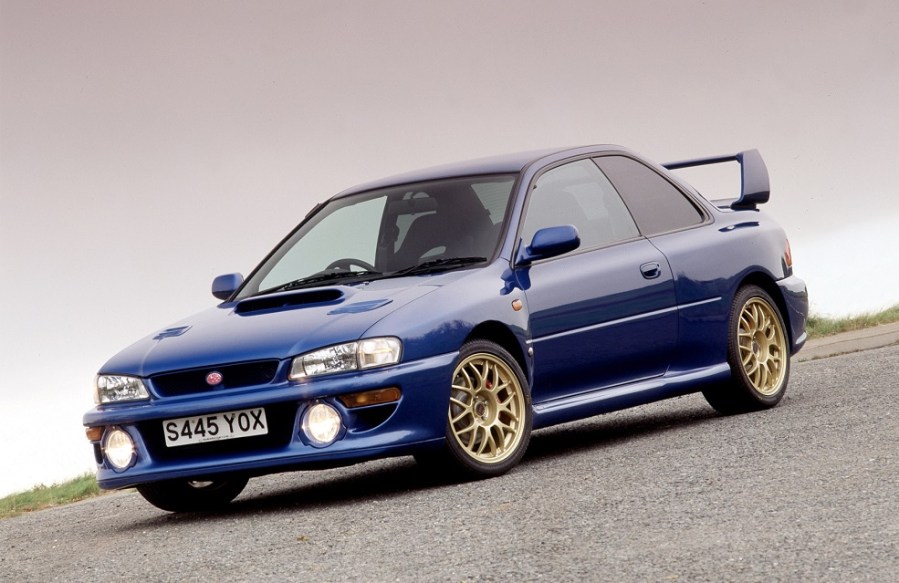 The classic Subaru Impreza has often been heralded as the best of all Imprezas and naturally has a huge aftermarket following. Here’s our quick-fire Subaru Impreza GC8 tuning guide.

We don’t have to tell you that the 2-litre, EJ20 Boxer unit found in the Subaru Impreza GC8 is a little on the legendary side for tuning, so much so that there can’t be many standard ones left by now! It’s mostly because these engines respond so well to bolt-on tuning mods like exhausts, induction kits and front mount intercoolers, although it’s worth bearing in mind that they need to be suitably mapped to make the most of any additions. Very often you can actually lose power until you get everything dialled-in nicely, so it’s always worth investing in a good ECU like a Link G4+ and having it tweaked to perfection by a proper Subaru specialist. These four mods alone can see around 320bhp on an Impreza STI, and around 300bhp on a WRX.

The Subaru Impreza GC8 tuning world is your oyster, there’s everything from turbo upgrades and bigger injectors, to all the parts you can ever desire for a full-on build – top gear like forged internals, stroker kits and closed-deck blocks. That said, we’d always start with basic stuff like making sure you look after it properly. Pay particular attention to your oil, most common engine failures are caused by starvation, so don’t just make sure it’s the good stuff you’re putting in (the high performance range from Royal Purple comes highly recommended for the Classic Scoob), but think about fitting a high-flow oil pump too. 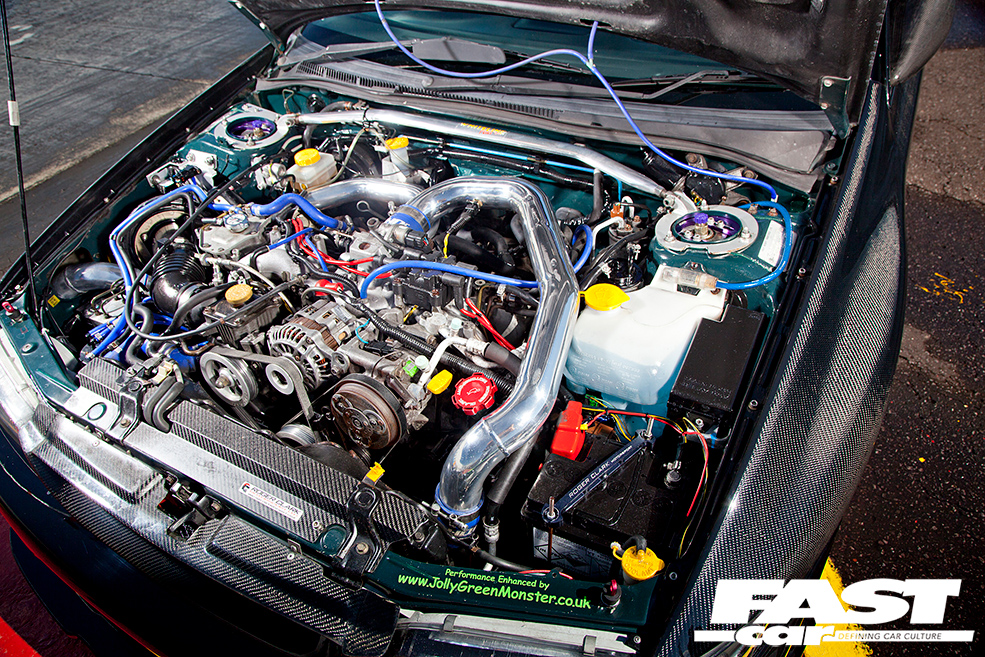 The standard gearbox on all the classic Subarus, including the STI models, are always cause for debate. Some say they’re excellent and solid enough for plenty of upgrades, others say they’re absolute garbage and liable to break at any given moment – we think “made from 3-day-old cheese and pickle sandwiches” was our favourite quote from a well-known Subaru forum. Still, what we do know is that they’re a bugger to replace, not getting hold of one (Quaife can do a you a whole load of uprated kit and there’s about a billion second-hand ‘boxes out there), we’re talking about actually doing the job… it’s certainly not like whipping out a clutch on a Civic.

Speaking of clutches too, it’s dead easy to eat yours if you’re running a lot more than stock power and have a weakness for mashing the throttle. It’s little wonder that an uprated clutch is one of the most popular upgrades on all Subaru Imprezas, let alone the older ones.

It’s called a ‘Classic’ for a reason and the days of mentalist fibreglass body kits and lurid graphics are all but gone. Nowadays most Classic owners are motoring connoisseurs rather than out-and-out turbo nutters don’tcha know? Especially the ones luckily enough to own a 2-door!

Still, unless you’re going for a hardcore motorsport-style, which is a very cool and a vastly different thing to any sort of daily-driver, most people opt to add a few carbon fibre details and possibly follow the OEM+ route of upgrading earlier cars with the crystal headlights and grilles from a post-facelift model. That said, there’s still lots out there for all these cars, but for once though, we’d say keep it subtle with a few simple tweaks like a front lip, a spoiler-swap and a few choice trinkets. 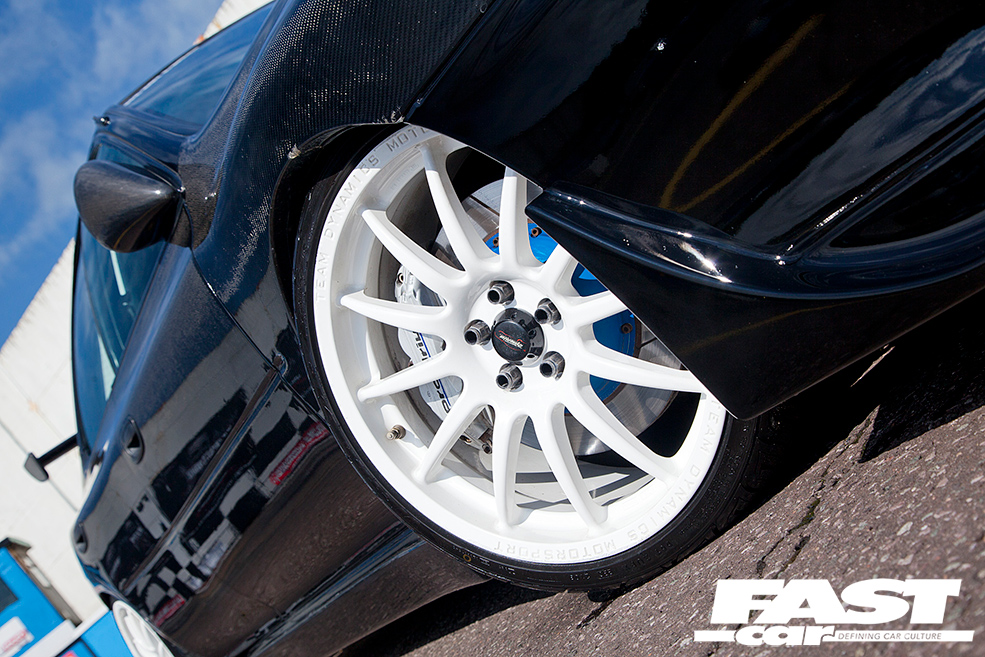 17 or, at a push, 18-inch wheels are generally accepted to be the best on the Subaru Impreza GC8, we wouldn’t go any bigger than that. Don’t forget too that the AWD system likes to keep the same rolling radius on each axle, so running staggered widths is an easy way of messing up your underpinnings. The good news is that there’s not many wheels that don’t suit the Classics, especially those firmly in the motorsport-style camp. So you won’t have trouble finding the right set.

For the most part the stock brakes are decent, if a little underwhelming. At the very least we’d go for some upgraded discs and pads from EBC. But, if you’re looking for the ultimate in stopping power, there’s plenty of BBKs out there that will fit under a set of wide 17s. Again, there’s probably too many out there to count.

All the usual Subaru Impreza rules apply here. Before you do anything check there’s no knocking from the front end, ARB bushes are particularly susceptible to degrading and the other bushes could be hard-used and need replacing by now. Obviously polyurethane items are the way to go if you’re trying to tighten up the handling, we’d speak to SuperPro about their range.

As for suspension, there’s loads out there for every application. Ask yourself what you want from your Impreza GC8. Will it be going on track or do you need a comfortable daily driver? Pedders Suspension make a whole range, from uprated shock and spring kits to full-on ‘XA’ coilovers. These guys come highly recommended from those in the know. 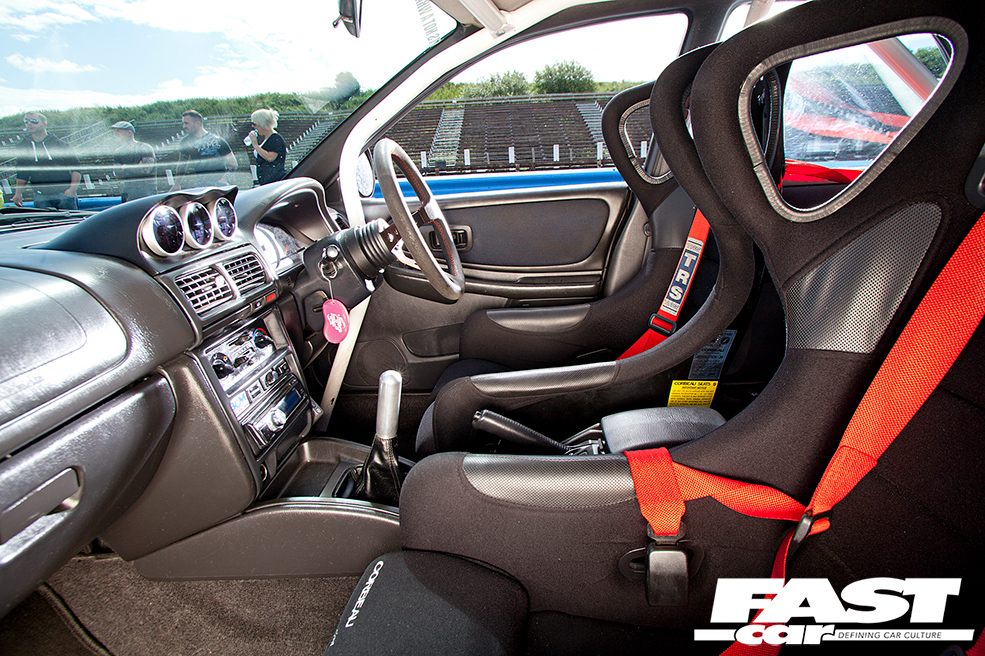 There’s two main interior mods that have stood the test of time here – decent seats and lots and lots of engine gauges. To be fair there’s not much more you need. STI seats are always popular of course, and the guys at Jap Performance Parts should be able to sort you out a second-hand set. There’s also no shortage of aftermarket perches to choose from, everything from motorsport buckets to uber-luxury recliners.

Cars built before 1997 have a different dash, so some like to upgrade theirs to one from a later model and, if you won’t be using the rear seats (or doors) anyway, a role cage is a good way of getting the ultimate in chassis stiffness, not to mention some rather racy looks.