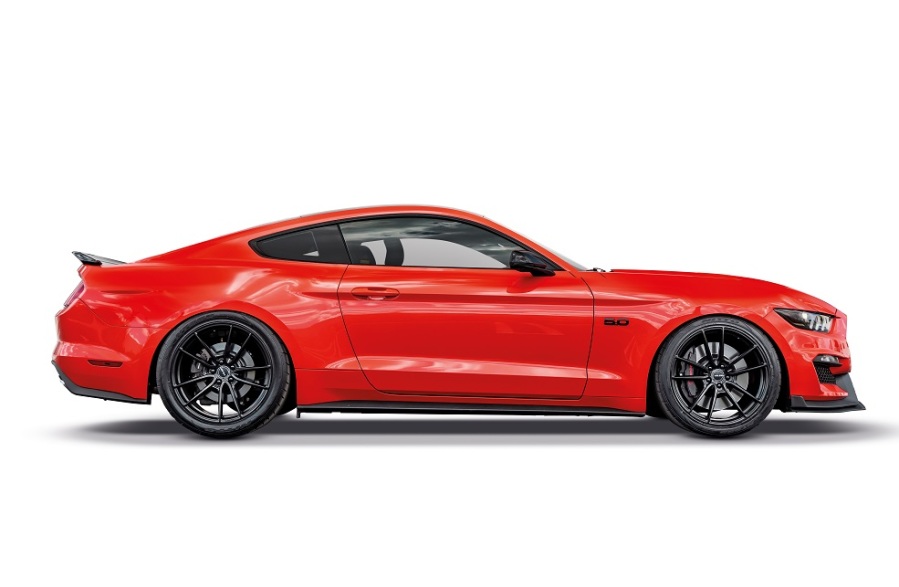 The modern Ford Mustang, the S550, has been with us for five years now, and it’s proving to be a bit of a tuning sensation with more and more quality upgrades appearing on the aftermarket. Here’s our quick-fire Ford Mustang S550 tuning guide.

The world’s best-selling sports car ever, the Mustang has been an integral part of the motoring landscape since its big reveal at the New York World’s Fair in 1964. Various attempts have been made to Europeanise the ’Stang over the years, but the S550 generation is the first to really do it properly – it follows the traditional Mustang format of being a big, brawny coupé with a rumbling V8, but the S550 also comes in right-hand drive for the UK market, so there’s no need to compromise.

Purists may zero in on the model that’s packing the 415bhp, 5.0-litre Coyote V8, as this engine format has always been a central part of the Mustang story. But what’s interesting to note is that you can also choose a four-cylinder Mustang, and it’s a really good one – there’s Focus RS DNA wrapped up in the 2.3-litre EcoBoost engine, and with 310bhp on offer it’s not exactly shy.

With used prices dipping below the £25k mark, that’s a whole lot of cultured Americana for not a lot of dollar. And there’s one name that really counts here, and that’s Steeda – the US-based Ford specialist which has dominated the Mustang performance scene for over thirty years. Steeda now has a base in the UK, working with approved installers and suppliers Collins Performance and Motorsport and Performance, and are able to provide everything you need to turn the Mustang into whatever you want, whether it’s a street car and backroads carver, Porsche-hunting track toy, or a drag or drift car, through to a full-on show car… everything is possible and everything is catered for. 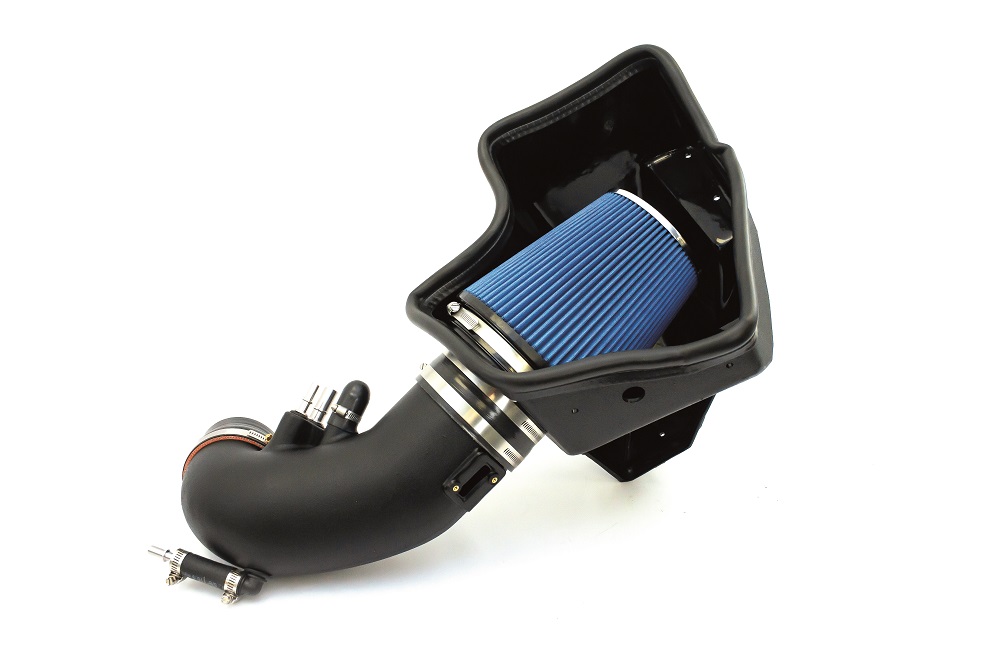 This setup for the 5.0 GT outperforms any other cold air intake upgrade on the market, boasting an impressive 30whp and 23lb.ft gain – frankly astonishing numbers from an easy bolt-on part. The pack retains the sound tube and factory cold air ducting, and also includes a cap for sound tube elimination. The power increase isn’t just measured at peak either, it can be felt all through the rev range. (2018+ cars require a tune with intake. 2015-17 cars no tune necessary, bolt on power option)

The 2018+ factory facelift cars came with a fruity active exhaust system, but many people opt to increase the volume and excitement a little with an X- or H-pipe which replaces the central resonator. Of course for max power (or volume!), full replacement systems including long-tube manifolds are also available.

These flow-formed wheels from Velgen are available in two staggered fitments (9x20in and 10.5x20in or 10x20in and 11x20in) to allow for the fitment of wider tyres for improved grip. The VF5 is  a lightweight option too, markedly reducing unsprung weight for further performance enhancement. Velgen offer a full range of Mustang specific wheels in a selection of finishes. 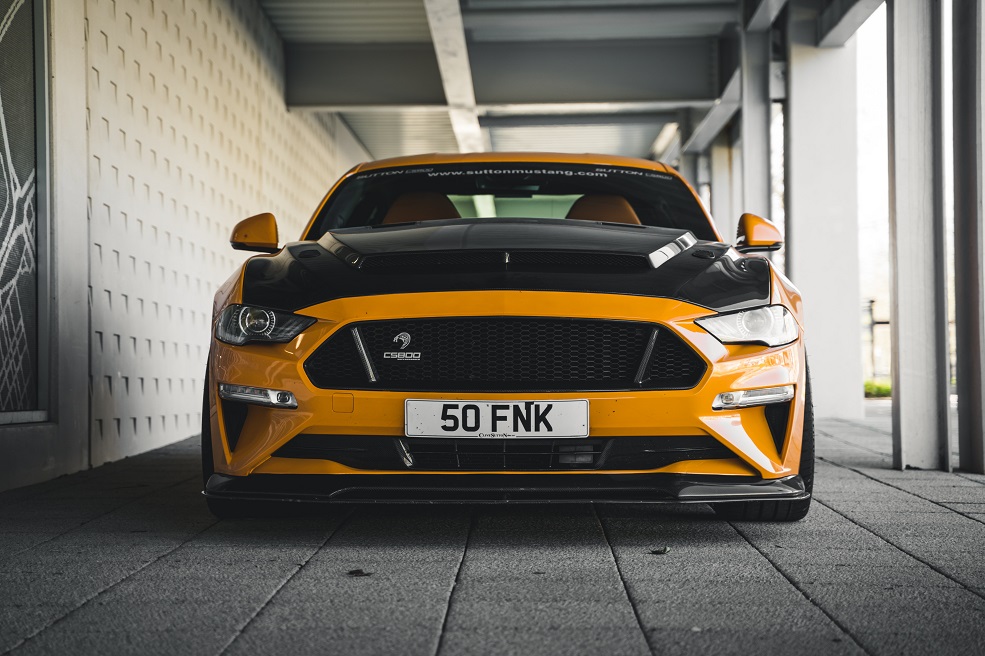 You can’t beat the sound of a blower on a high-performance V8, and this kit brings a lot of other benefits too. The most advanced, most powerful, most upgradeable, and highest quality system available, Whipple has yet again set a new precedent for bolt-on power and durability. The industry-leading S550 system, with its unique Roval 132mm billet throttle body, makes up to 825 engine horsepower (a 390hp gain) and 640 lb.ft (+240lb.ft) on 99-octane fuel. Ask MAP for advice and custom tuning on their dyno.

This impressive combo will transform a standard Mustang S550 GT into a real contender. Any project worth its salt needs to upgrade its exhaust and induction, and this package includes Steeda items for both, in the form of an induction kit, axle-back exhaust and X- or H-pipe. CP460 also delivers the CP iflash ECU programming tool with level 1 software, all of which has been honed on Collins’ in-house rolling road. 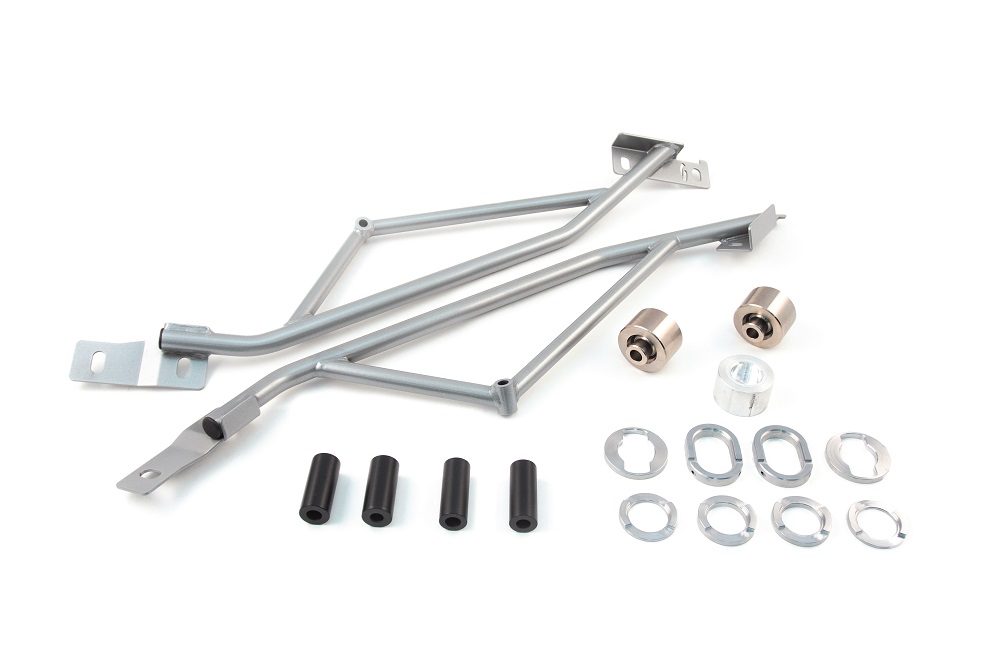 As the name suggests, the Mustang V8 GT was conceived as a comfy grand tourer, but there’s plenty that can be done to improve the handling with chassis and suspension mods. Steeda offer comprehensive packages, including those that work with the factory-option Magneride intelligent shocks (essential).