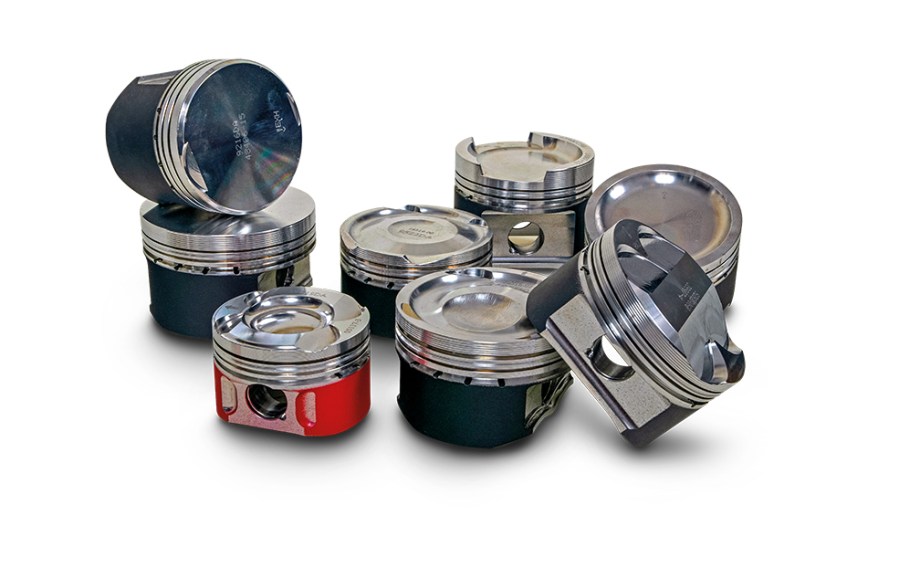 Pistons are a key component of an internal combustion engine, but what do they actually do and why do people upgrade them when modifying their cars with more power? We sat down with Wossner UK’s director, David Wheeler, to talk all things pistons; here’s everything you need to know about them.

What are pistons and what do they do?

A piston is essentially the top part of a giant press that’s used to compress fuel and air inside your engine. It sits within the cylinder bore and performs a vital action on each of an engine’s four strokes.

The piston is fixed to the conrod, which is attached to the crankshaft and turns the linear motion into the rotary motion we use to propel the car. So, a piston must be able to withstand immense amounts of heat and pressure, as well as coping with incredible acceleration and deceleration forces. 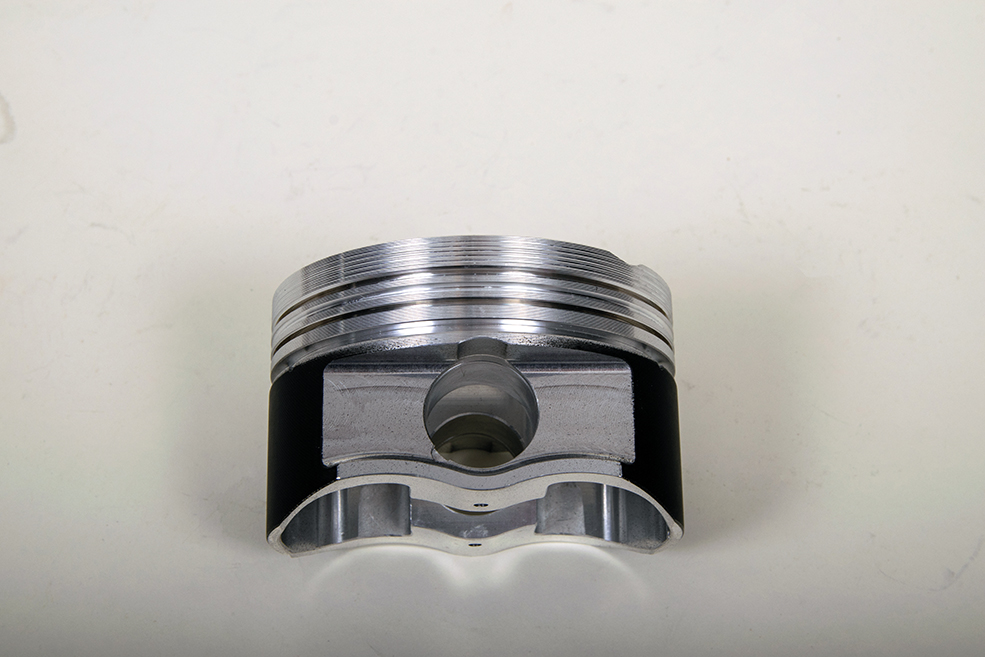 Are they all the same basic design?

No, the style of piston required will depend on the engine in question, and even then the piston design will vary dramatically depending on what you want to achieve from that engine – adding a turbocharger will require a totally different design of piston from, say, running a high-compression throttle-bodied engine, even if the base engine is identical.

But there are some basic similarities between certain types of piston; most pistons built for turbocharged engines will have a bowl of some kind, for example. Meanwhile, pistons designed for an engine with high-lift camshaft profiles will often include valve cut-outs for clearance.

Having said that, with the increased use of direct injection technology in modern engines, piston design has advanced considerably, and now we’re seeing radically different designs for each engine. 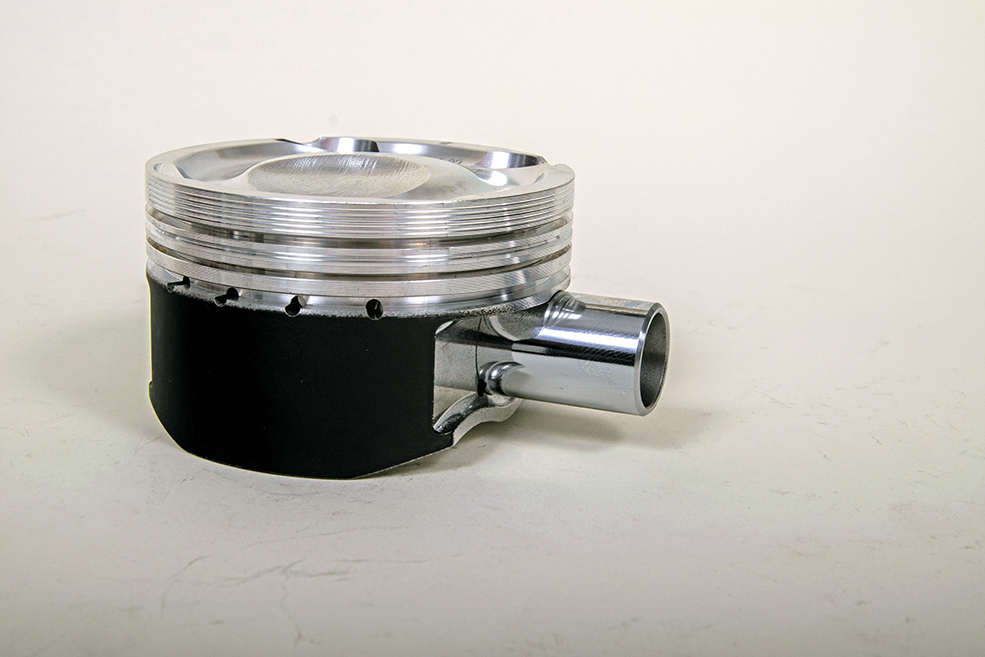 How do performance pistons differ from OEM versions?

Generally, a manufacturer will opt for cost to be the deciding factor when specifying an engine for production. This can sometimes mean trade-offs in strength and weight for the sake of lower overall costs.

A performance piston has its focus the other way around; its primary concern is strength and weight, and then cost is a secondary factor. Reduced weight and increased strength are not the sole benefits, though, as performance pistons allow the tuner/engine builder greater flexibility when specifying their own version of an engine.

Increased valve pockets to cope with wilder cams and bigger valves, alternative compression ratios for different fuels and mapping strategies, and different pin sizes for reduced weight or increased strength are all common changes, and much easier to change through the use of a dedicated performance piston.

Some engine builders even specify relocating the gudgeon pin to allow the use of longer conrods to alter the rod angles in the engine – this is still quite common on big-power, high-revving Cosworth YB engines, for example. 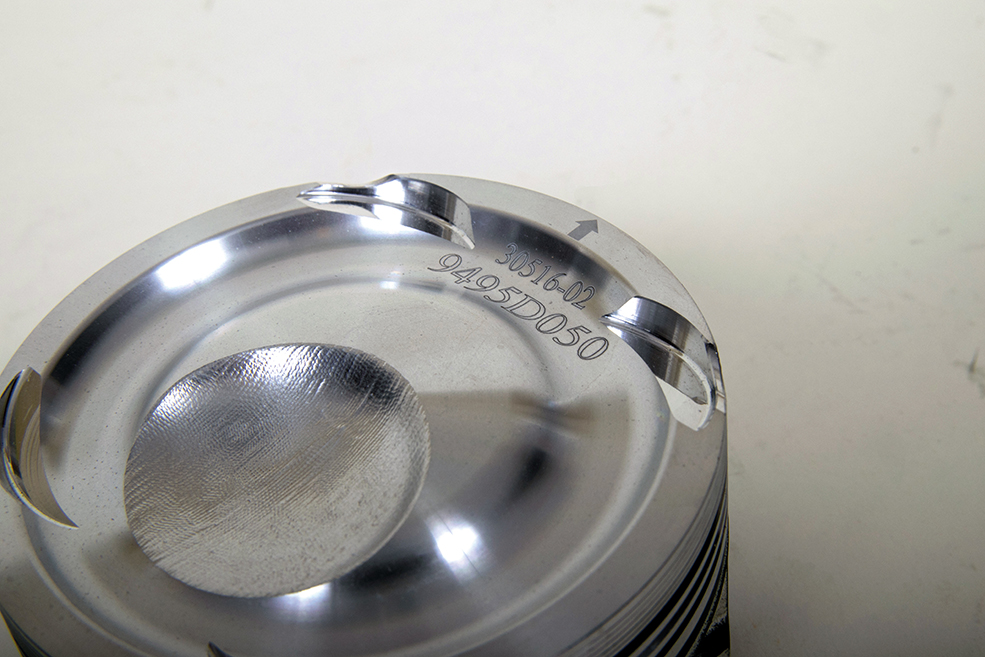 What are pistons made of?

Pistons are generally made from aluminium alloys, which are used for the low weight and high strength characteristics they offer. Forged pistons tend to be made from two grades of aluminium: 4032 and 2618.

There are two main methods for producing pistons: casting or forging. Casting is the simplest; the alloy is heated until molten and is then poured into a mould. Forging is more complicated; the alloy isn’t melted but heated until it becomes malleable enough to be forced into a die at very high pressure.

The result is a stronger, more durable piston that is better able to withstand the temperature and pressure of a tuned engine. 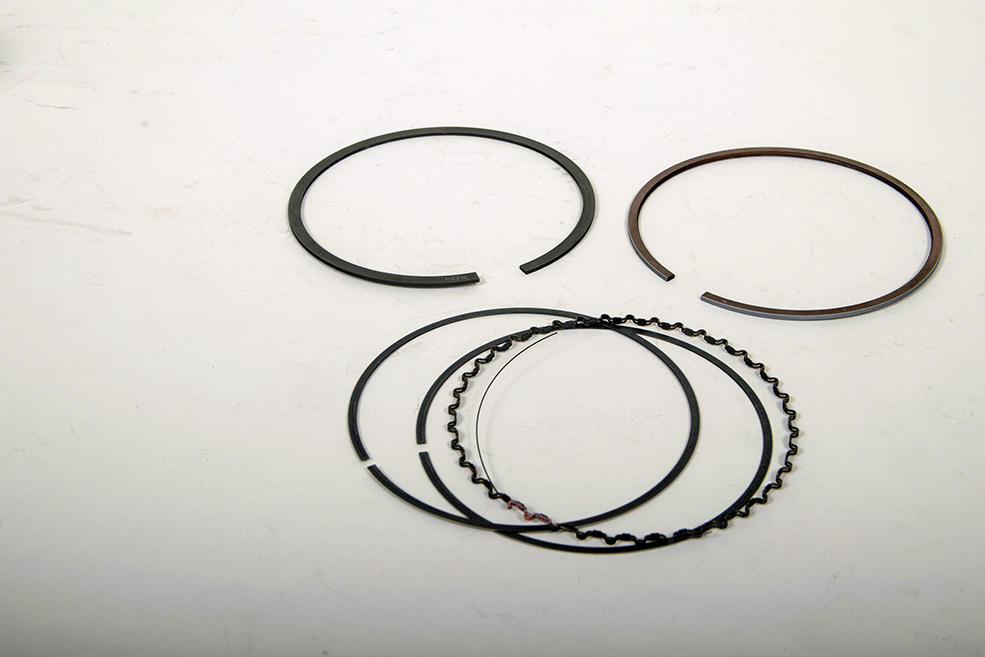 What causes pistons to fail?

Most of the time, piston failure is caused by detonation, otherwise known as pre-ignition. Pre-ignition can be caused by a number of external factors (too much boost, not enough fuel, etc) but the end result is that the air/fuel mixture runs too lean. This causes an immense heat build-up in the engine that can damage head gaskets, cylinder heads and the pistons themselves.

Other failures tend to include bore washing, which is again caused by an incorrect air/fuel ratio (this time too much fuel) or incorrect piston-to-bore clearance allowing the piston too much room to move within the cylinder.

What else needs replacing/upgrading when fitting performance pistons?

Piston rings are generally considered to be sacrificial items these days, and are always worth changing when refreshing an engine.

When fitting performance pistons for the first time or building a fresh engine, it’s good practice to change bearings, gaskets, and check oil and water pumps at the same time.

Another often overlooked item is the wiring harness on the fuel pump. We have seen a number of failures (especially on older cars) as a result of degraded wiring at the fuel pump meaning the engine isn’t getting the correct amount of fuel, causing the pre-ignition problems we mentioned earlier. 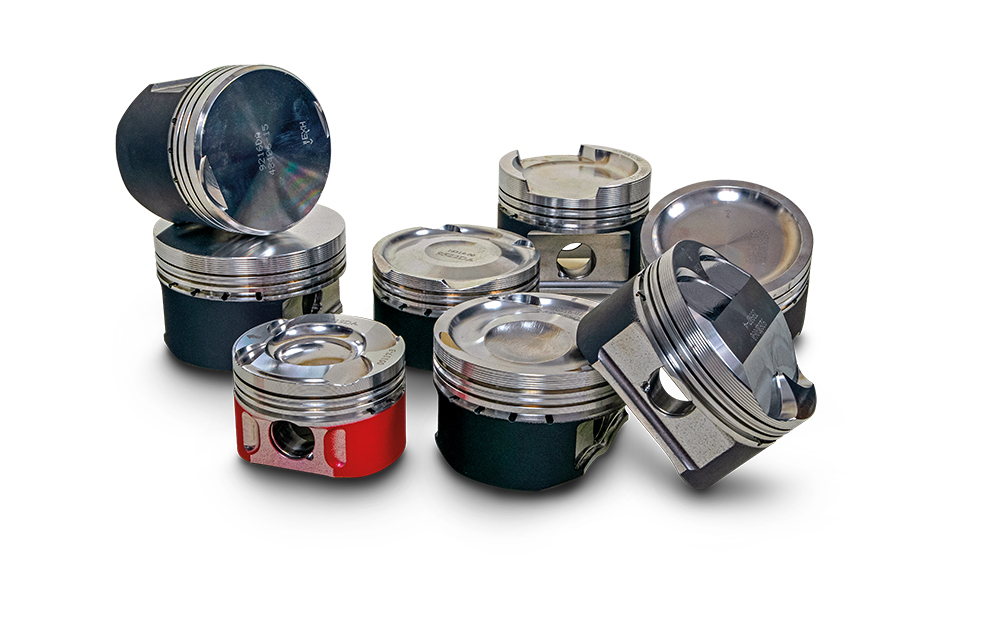 How has performance piston design and construction changed over the years?

The types of PTFE coatings used have come a long way too, which help to reduce wear and increase lifespan. Plus an ever-evolving forging process allows constant development of the piston to better withstand heat.

Are there any downsides to performance pistons?

The only real downside is that changing a set of pistons is a labour-intensive and complicated job, and is best left to a specialist to undertake. But once it’s done, you should have peace of mind that your engine is in good health and ready to tune further.

What are the most important things to look out for when buying performance pistons?

Numbers! Always check the numbers, and measure everything. Measure your actual engine bore and piston ring gaps. Dummy-build the engine to measure and check valve-to-piston clearances. As they say, measure twice, buy once.