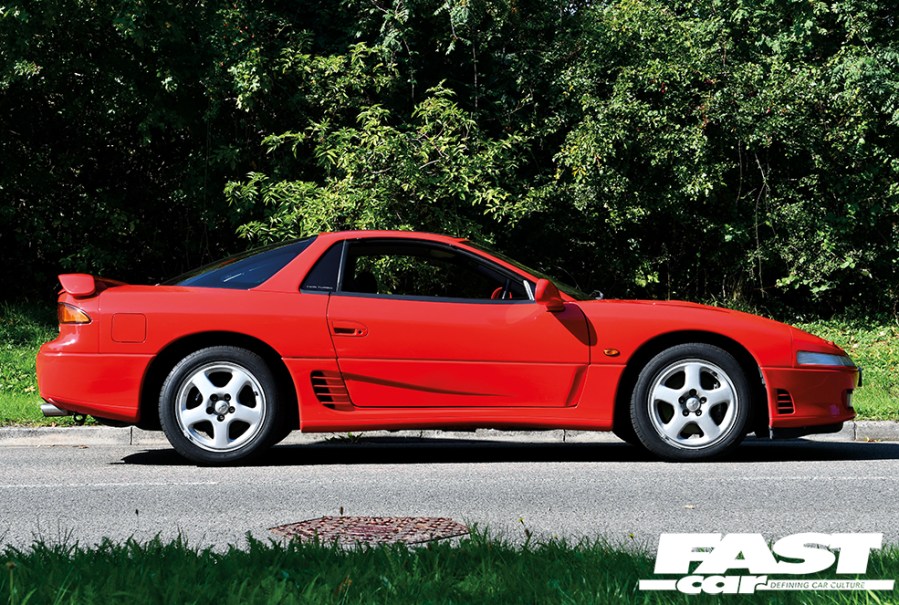 The UK-market Mitsubishi 3000GT and JDM GTO represent phenomenal value for money right now. They’re pretty rare, but naturally-aspirated examples can be found for £4,000 with turbocharged variants hovering around the £10k mark. Although it’s worth bearing in mind that, as hideously complex high-performance cars, there isn’t actually any such thing as a cheap one – you’ll end up spending the money somewhere! 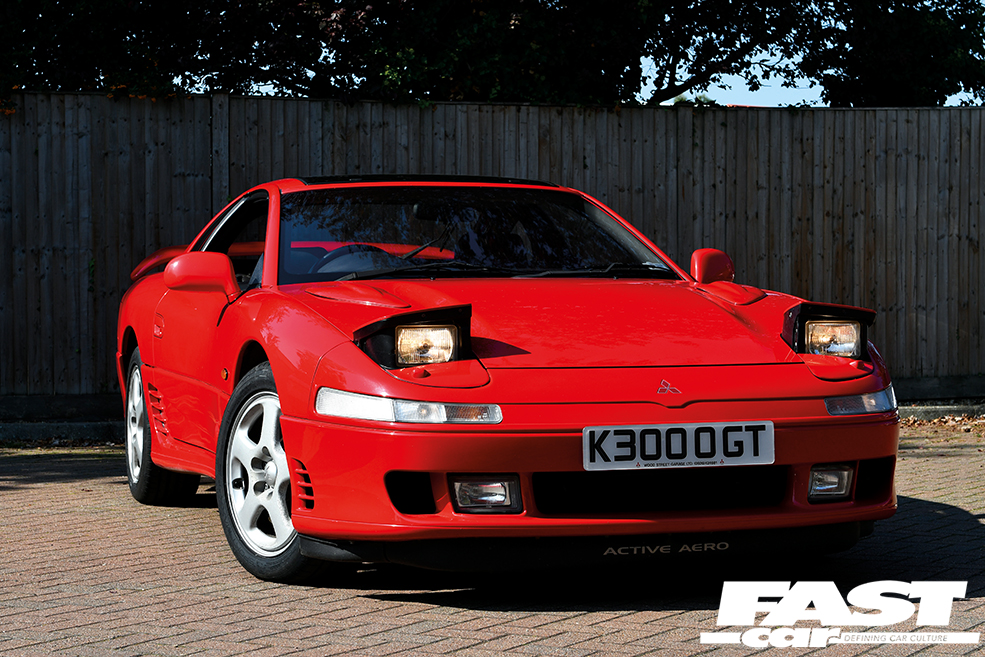 The 1990s supercoupé market saw Japanese manufacturers developing high-tech sports cars aimed squarely at the American market: the Mk4 Toyota Supra, the Nissan 300ZX, the quasi-supercar Honda NSX, and of course the feisty Mitsubishi GTO – badged as 3000GT in the UK due to copyright issues. The big Mitsi was a full-on geekfest of a car; the transversely-mounted 3.0-litre V6 engine had 24v heads, with the top-of-the-range model also getting twin turbos and, because Mitsubishi know a thing or two about chassis development, it had four-wheel steering, adaptive suspension, and full-time all-wheel drive. It also had active aerodynamics, with the front and rear spoilers adjusting themselves automatically, and there was also a variant offered with a mechanical retracting hardtop, creating the GTO Spyder. While they are essentially the same car, the JDM GTO and the UKDM 3000GT are markedly different propositions; the GTO was offered with the full suite of spec options – you could have the 6G72 V6 motor in nat-asp form for 222bhp, or with Mitsubishi’s proprietary turbochargers (one for each bank, each with its own intercooler) to amp things up to 276bhp. You could choose between a five-speed manual or a four-speed auto, and between cloth or leather trim. With our own domestic Mitsubishi 3000GT, however, the only real option was the full-bore, all-boxes-ticked variant. If you were buying one of these, it came by default as a twin-turbo (upped to 296bhp) with a manual ’box and leather trim. Early examples had super-cool pop-up headlights, although post-1994 cars replaced these with fixed units.

The relatively high price and so-so press reviews kept a lot of buyers out of the showrooms, but enough of them sold to ensure that they’re still findable as used cars today. It’s the kind of car you almost certainly won’t see another example of as you’re driving it about, which is a lot of cachet for such a relatively small outlay. 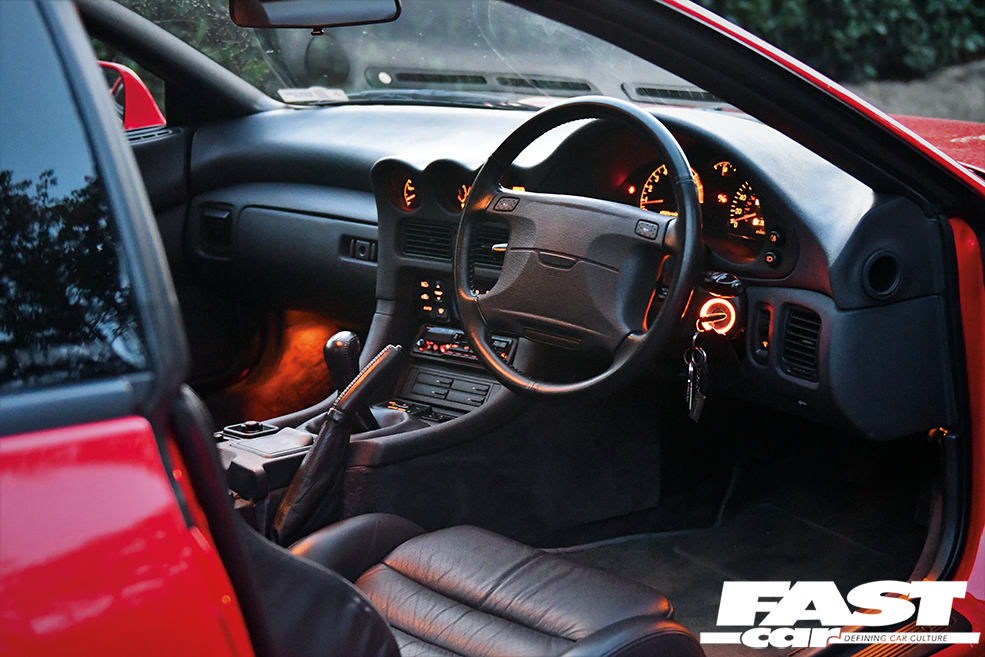 The key thing to check is that everything works – all of the buttons, gauges, active aero, every electrical system. It’ll probably all be working fine, being a Mitsubishi, but if things are failing, quite a lot of the tech is hard to access and work on as it’s all so tightly packed in. So cars with faults need to be markedly cheaper.

You’ll probably find sellers using the names GTO and 3000GT fairly interchangeably in their adverts, but it’s important to know which you’re looking at. If it’s nat-asp and/or automatic, it’s definitely not a UKDM car – not necessarily a problem, it’s just good to know. The GTO does tend to resist rust a little better; they’re all galvanised, but the Mitsubishi 3000GT received underbody protection which actually just traps moisture and accelerates rot. So have a good poke around underneath! 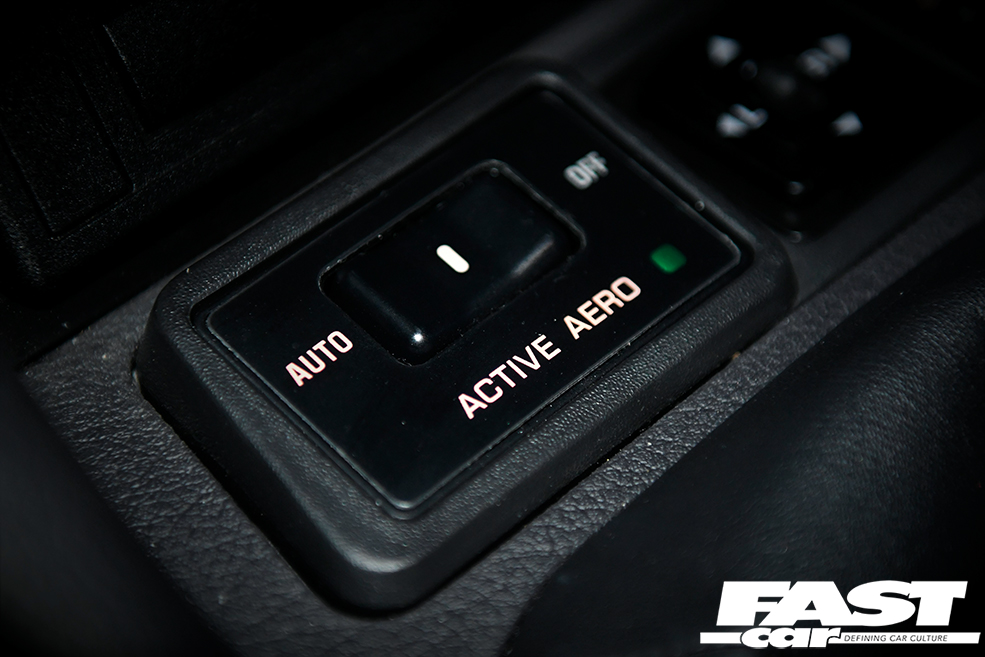 Black or grey exhaust smoke suggests piston ring failure, white smoke is a failed head gasket. Ensure the timing belt’s been done at the correct intervals. Don’t be surprised if the gearbox rattles at idle or crunches going into second, that’s common and rarely terminal. And don’t be put off by shabby leather trim – it doesn’t wear well in any GTO/3000GT, and can be a good bargaining chip.

Suspension – from £1,740
The GTO active suspension is very clever, but you can remove a lot of weight and complexity and infuse a bit more control with a Variant 3 coilover setup from KW.
lkperformance.co.uk

Exhaust – £POA
For a properly retro look (plus a naughty noise) you need a pair of huge oval pipes, don’t you? We’d have a word with Powerflow, to see if they can come up with something special.
powerflow-exhausts.com

Audio – £499
It’s a high-tech car, but the audio is dated. Bring it up to date with the new Kenwood DMX8019DABS, the only one on the market with trick wireless Apple CarPlay and Android Auto.
kenwood-electronics.co.uk

Clutch – from £331
The stock clutch is fine for stock performance, but won’t last long if you ask it to deal with extra power. Talk to Competition Clutch about a… er,  competition clutch.
competitionclutch.com

Intercooler – £900
An uprated FMIC will bring tangible benefits to the GTO – a classic mod for these cars. Eurospec offer a superb ESP unit. It’s a bit of a no-brainer this one.
euro-spec2000.co.uk 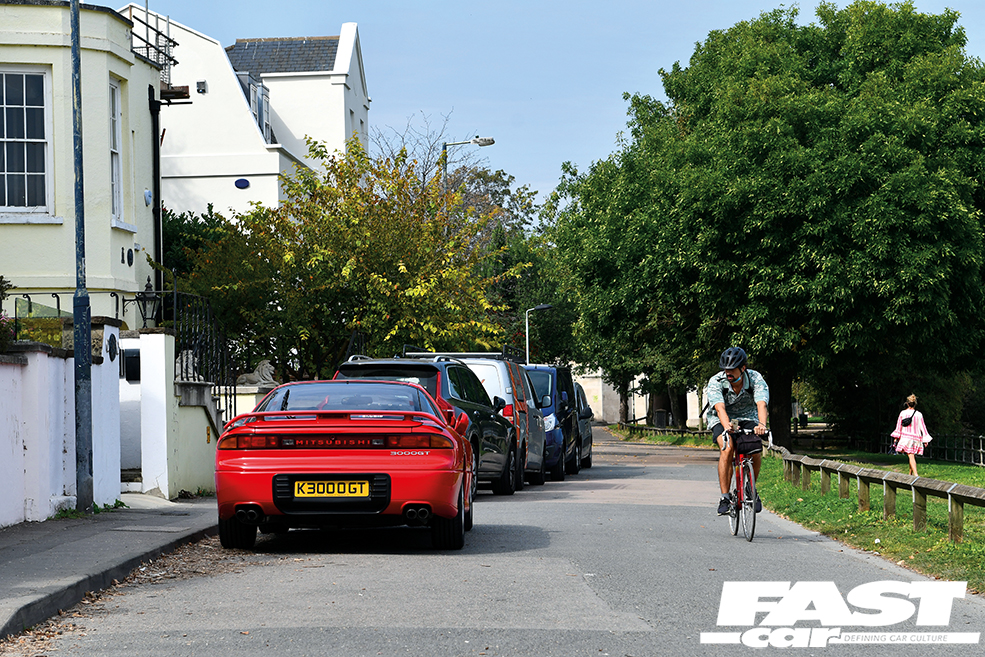