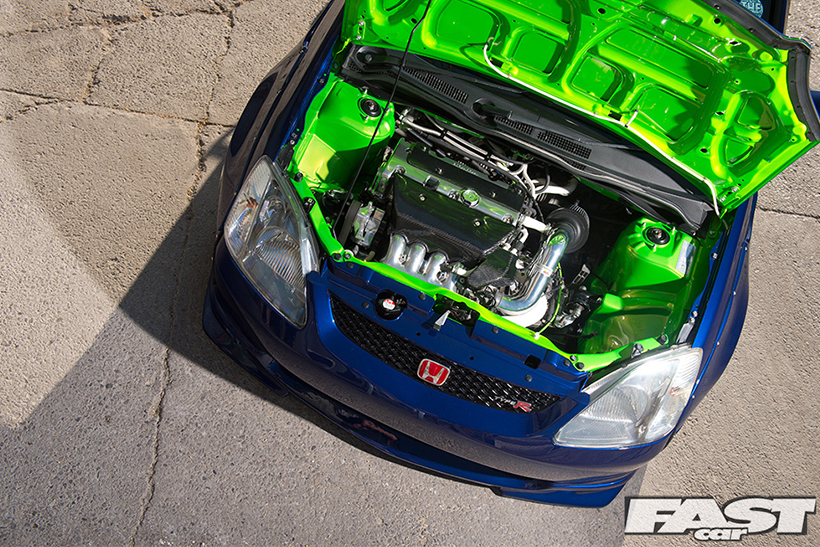 A contracted acronym for Variable Valve Timing and Lift Electronic Control (as VVTLEC is a bit of a mouthful), the father of a thousand internet memes, Honda’s VTEC system is more than just a clever piece of valve timing.

It’s a lifestyle. Much like forced induction is addictive, and people who experience turbos or superchargers for the first time immediately get hooked on boost.

So it is with VTEC: once you’ve held onto that steering wheel with white knuckles beyond 8,000rpm, the howling motor sounding fit to explode and yet relentlessly goading you on, you’ll never look back. VTEC is a drug.

History
Big motors have always been subject to punishing taxation in Japan, hence their manufacturers’ enthusiasm for improving the efficiency of smaller displacements. Toyota love forced induction, Mazda are the modern masters of the Wankel, and Honda’s VTEC system is their own special brand of cleverness, fusing economy with lunacy depending on how heavy your foot is.

The technology first appeared on motorbikes in the early 1980s, with the first DOHC VTEC car being the 1989 Integra XSi. A similar variant of the engine appeared in Europe shortly after in the CRX, and then the NSX’s clever V6 pushed VTEC onto bedroom wall posters across America. DOHC VTEC motors spread across the range, in Del Sols and Preludes and whatnot, and Honda developed a SOHC VTEC system (the VTEC only operating on the intake valves) to beef up their existing single-cam engines. Further innovations included VTEC-E, 3-stage VTEC and i-VTEC. The latter offering continuously variable intake cam timing.

The system allows Honda to offer the perfect engine. One that is sensible and frugal when pottering around town, but angry and wild when you’re giving it a workout. And it’s become a cultural icon in recent years, the manner in which the cam profile shifts being akin to a spaceship going to warp speed. VTEC just kicked in, yo!

Look out for…
When you’re buying a used Honda, the main thing you need to check is whether it’s been looked after. The marque is legendary for its reliability, so the thing that stymies them is owners not paying them the right sort of attention, or using them inexpertly (taking a stone-cold engine straight into VTEC, say, or forgetting to regularly peep at their K20’s dipstick).

So interrogate the history as closely as you can and, ideally, interrogate the owner too. Modified cars are nothing to be afraid of as long as they’ve been modified well with quality parts. But be wary of a hopped-up Honda with blingin’ rims and a shouty exhaust that doesn’t even have matching tyres. These cars are about function first, form second.

The other key thing to bear in mind is that these cars will have been driven hard and, while the mechanicals are more than up to the punishment, you know what can result when cars are driven to the limit: accidents. So make sure everything lines up, there are no questionable repairs, and the car’s straight and true.

Modify it – chassis
Few manufacturers are as well served by the aftermarket as Honda, especially for the hot variants. For the EP3, you go for fancy Bilstein coilovers, or you can mate the stock shocks to shorter Eibach springs. Then you can add Skunk2 front camber arms, and having the whole thing properly set up. (Search ‘EP3 FRSU’ to see all the figures!) The DC2 Integra is pretty-much perfect, straight out of the box. But there are always improvements to be made – Cusco ARBs, a Spoon rear tower bar… Talk to Tegiwa or Eurospec. The CRX’s rear drums can be swapped to Integra discs, and relocating the battery to the rear does make a surprising difference to the weight balance. S2000 owners often recommend KW V3 coilovers, along with Cusco ARBs and, naturally, a thorough polybushing.

Modify it – wheels
The S2000 can be transformed by the addition of wider, stickier rubber, although debate rages as to whether or not you should run a staggered-width wheel setup. With Type R Hondas, the key thing to keep in mind when you’re choosing wheels is lightness – those eggheads put a lot of hours into shaving off the grammes, so you don’t want to cock up all their hard work by bolting on a great heavy set of clumpers. Try a set of OZ Ultraleggera for featherweight thrills, Racing Hart CP035s are the connoisseur’s choice, and there’s always the good old Volk TE37. Rota’s new Slipstream is a cool, affordable option too.

Modify it – transmission
The gearboxes that hang off the back of these motors are all pretty great, if we’re honest, so you’re best off upgrading the peripherals. Short-shifts are available for the EP3, but they don’t always have a return spring in neutral (which is infuriating). Instead, try just fitting a weighted Skunk2 gearknob and see how it adds a bit of heft to the shift. A helical LSD makes all the difference to the Civic too. A highly-tuned S2000 can be a frisky thing, of course. So if you’ve gone balls-out on power, you should know that six-speed sequential boxes are available from Quaife!

Modify it – exterior
With Type R Hondas, we kinda prefer them not to be messed with too much – there’s a purity of design that doesn’t lend itself well to having great big crazy things bolted on and the aesthetics radically altered. That said, there’s a whole lot of Championship White out there. So why not try upsetting the applecart with a lurid paint job? We’d love to see a bubblegum pink DC2 Integra, or a 1990s-style flip-painted EK9. With the S2000 (of which there was never a Type R version), all bets are off. Widebody conversions, massive towering spoilers – bigger is better. Full-on track styling will shout proudly about your performance mods!

Modify it – interior
Honda pulled off a neat trick with their Type R models, by fitting bright red front seats in stark contrast to the drab rears. This drew the eye to the front, telling your brain (as if it didn’t already know) that these cars were all about the driver. So why not continue that trend? Pull out everything you don’t need – rear seats, carpets, sound deadening, stereo, all of that crap – and make it really driver-focused. All of that extra weight was only slowing you down anyway, right?

VTEC Tuning
What some info on VTEC tuning? Well look out for our VTEC Tuning guide!