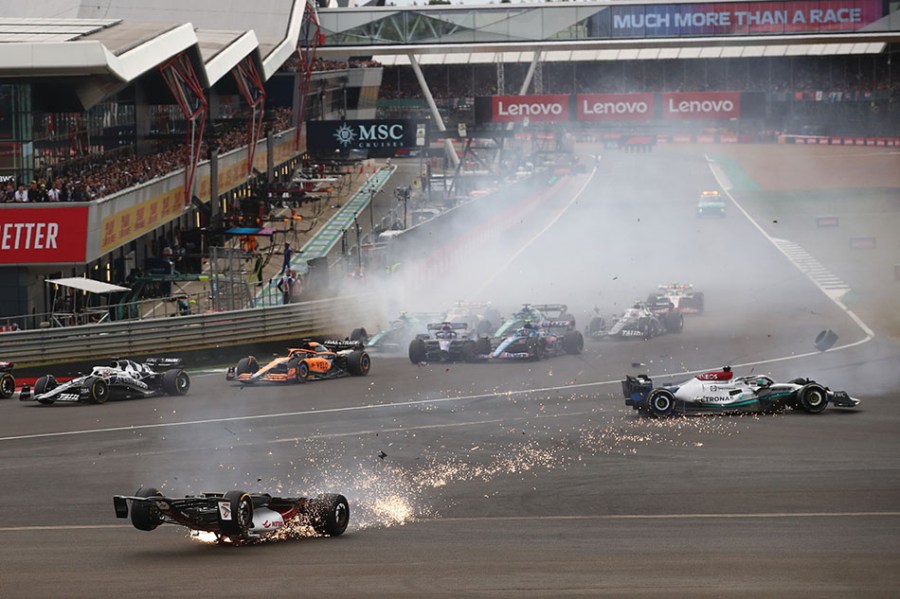 It comes following the collision between the Mercedes driver and Zhou Guanyu, who was left stuck inside of his wrecked Alfa Romeo Formula One car, behind the safety barrier at the F1 British GP

Guanyu was caught up in contact between the Mercedes of Russell and the AlphaTauri of Pierre Gasly away from the line and the Alfa rolled into the gravel trap and over the protective tyre barrier. His progress was halted by the metal safety fence, and his car dropped into a gap between the back of the tyre wall and the fence. 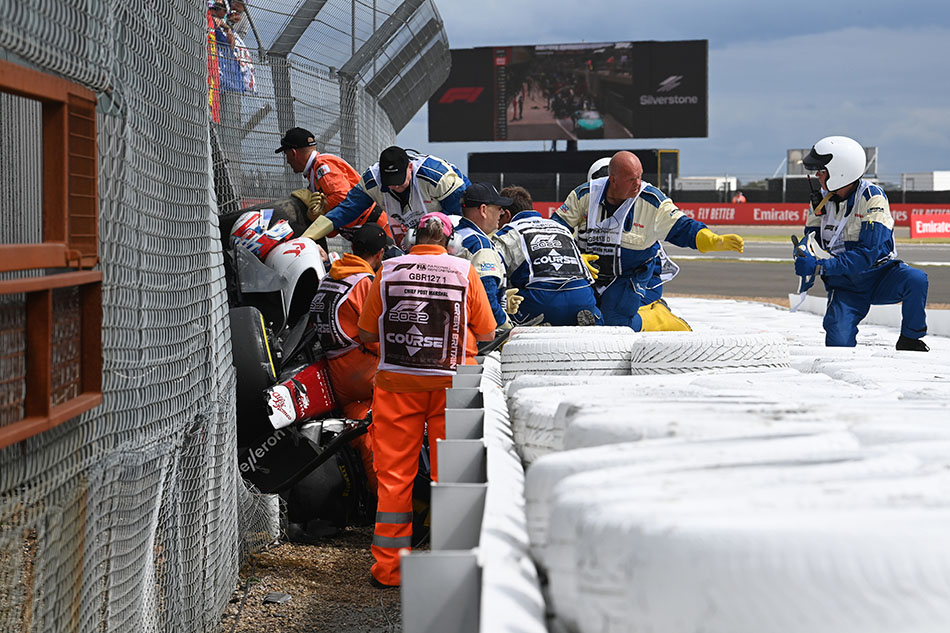 Russell, who leapt out of his abandoned Merc to sprint and check on Guanyu’s condition, said lessons must be learned.

“The space between the barriers and the metal fence and he was just stuck in there, nowhere to go. Yeah, something  to learn,” said Russell, who is a director of the Grand Prix Drivers’ Association.

Guanyu went to the track’s medical centre for checks, but was able to return to the paddock in time for the end of the race. The F1 rookie praised the halo design on the cockpit as he felt it had saved him from much worse injuries.

Taking to social media, he said: “It was a big crash and I’m glad I’m OK.

“The marshals and the medical team at the track were fantastic with their quick response, and I also owe my thanks to the FIA and Formula 1 for all the work they have done, and they keep doing, to improve the safety of our cars.

“The halo saved me, and it goes to show that every step we take in improving our cars has real, valuable results.”

I’m ok, all clear. Halo saved me today. Thanks everyone for your kind messages! pic.twitter.com/OylxoJC4M0

Alex Albon was also hospitalised in a shunt at Turn 1 when he was struck by the Aston Martin of Sebastian Vettel and cannoned into the pitwall. He was taken to University Hospital Coventry, but was released later on Sunday night.