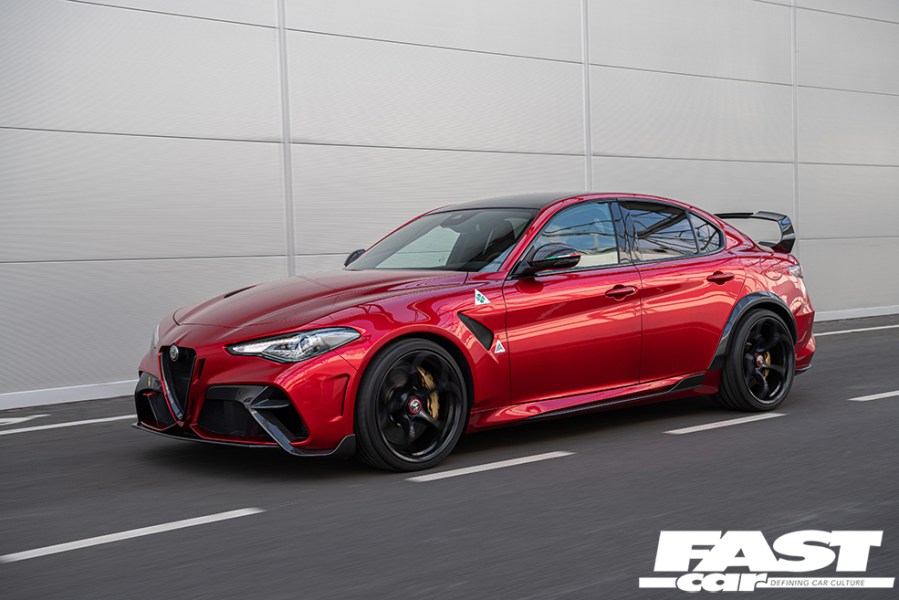 The Giulia Quadrifoglio has shed 100kg, is now 540bhp and features input from Sauber F1 team to morph into the Giulia GTA and GTAm.

Didn’t think the Quadrifoglio was hardcore enough for you? Well the GTA and GTAm are the cars for you. Losing 100kg over the regular Quadrifoglio by adopting a carbon bonnet, roof, front bumper and front arches, and utilising aluminium for the doors, the GTA fully embodies its Allegerita namesake.

A new central exhaust is employed by Akropovic, which, along with an ECU tweak, helps power jump to 540bhp from 510bhp. This means that the 2.9-litre twin-turbo V6 can now accelerate from 0-62mph in just 3.6 seconds, according to Alfa Romeo.

The other addition is the GTAm, which will do away with the rear seats, bring in a small roll cage, carbon front seats with six-point harnesses and Lexan plastic windows. It also gets enhanced aerodynamics with a new larger front splitter and a ludicrous carbon rear wing.

Both the front and rear tracks are increased by 500mm, new springs, dampers and bushings are all brought in for both GTA models. Sauber F1 team’s input is strictly in the aerodynamics department, so here should be the recipe for a true Alfa Romeo driver’s car.

An initial run of 500 cars has been announced, but prices for the Giulia GTA are yet to be. We can’t see it being any less than £100k mind you…