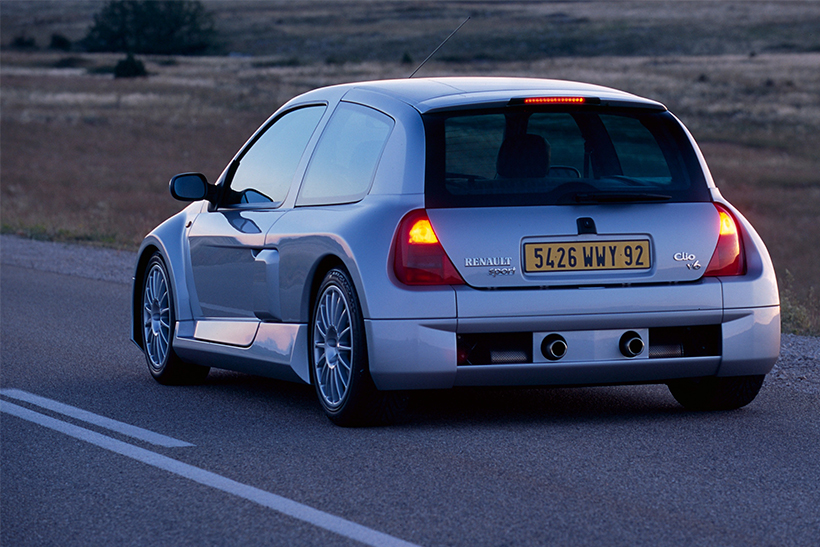 It took a lot of discussion, whittling down the best V6 engined cars and, in our Midge’s case, some astonishing swearing, but we’ve distilled it to five legends. Yes, we had to leave the Honda NSX, Lancia Stratos and DeLorean DMC-12 on the cutting room floor. Crazy we know!

If your favourite one’s missing, why not pop a comment below the article and point it out?

Let’s start with the V6s:

Nissan GT-R
We had to kick off with the GT-R, as it has one of the most eyebrow-raising engines ever crafted. The VR38DETT is a twin-turbo 3.8-litre V6 which is hand-built in a hermetically-sealed, dustproof lab – it’s pure sci-fi, made by nerds for nerds. The aluminium block has plasma-coated cylinder liners to reduce friction, while the IHI turbo housings are integrated neatly into the exhaust manifolds and the motor has a thermostatically pressurised lubrication system. All of this adds up to somewhere between 472-550bhp, depending which year of GT-R you buy, and they’re absurdly tunable. 1,000bhp+ is easy peasy.

It’s not just about the engine, of course – the GT-R is an improbably capable car: video-game handling, supernatural feel and, yes, it looks pretty damn aggressive too. We’ve seen some crazy things done with these cars, enough to shame any supercar. Who says you need a V12? This V6 brute is a living legend.

Ford Capri 3.0
If it’s legends you’re after, they don’t come a lot more iconic than the brawny bent-six Capri. Sure, the later 2.8i was more powerful, its Cologne motor featuring fuel injection, but it’s the gruff old Essex free-leetah that flicks our switch.

If you were swanky you could opt for the 3.0 Ghia; if you liked stickers on your sills there was the 3.0 S. Either way, you got a juicy motor that made the car rock from side to side while idling at traffic lights, and made a guttural roar when you floored the throttle – just as soon as the dumbass autobox realised that you wanted to go somewhere.

This isn’t a clever car. But it is a hilarious amount of fun – it’s basically just a thumping lump of pig iron bolted to a chunky diff, with a pretty body plonked on top, and it always raises a smile. Strap on triple Webers to match your shiny medallions, you rebel.

Jaguar XJ220
The best thing about the XJ220 was that it had completely the wrong engine, and that really annoyed people. When the notion of a new Jaguar V12-powered supercar was mooted in 1990, the waiting list was four times oversubscribed with 1,400 customers paying a £50,000 deposit… but then quite a few of them demanded their money back when Jaguar said ‘Ah, hang on, we might actually put a V6 in it’.

These people missed out, as the XJ220’s twin-turbo V6 was a howling lunatic of a thing. Derived from the Austin Rover V64V (as seen in the Group B Metro 6R4 rally cars) but of course heavily revised, it allowed the XJ220 to be, briefly, the fastest production car in the world at 212mph.

Snobs may scoff at the big Jag for its Metro engine and Rover 200 taillights, but they’re idiots. The XJ220 is a straight-up hero.

Renaultsport Clio V6
There’s something in the water at Renaultsport. Must be. LSD, most probably. They’ve churned out some brilliantly odd cars over the years, but few quite reach the daft-as-a-brush lunacy of the Clio V6. What manner of madman could take a few steps back from a Mk2 Clio, do that finger-and-thumbs-at-right-angles thing that artists do, and say ‘You know what? I reckon we should shove a V6 in the middle of that…’

But that’s exactly what they did. Instead of rear seats, it had a 227bhp 24v 3.0-litre V6 back there, while the bodywork was absurdly ballooned to accommodate a much wider track and a chassis that shared very little with its FWD counterpart. And what happens when you stick a big engine in the middle of a car with a very short wheelbase? It spins. Constantly. All the time. Proper little widowmaker, this.

Rocketeer MX-5
Okay, so this is a bit of a leftfield choice. The Mk1 Mazda MX-5 is one of the greatest driver’s cars ever built, there’s no disputing that. Eager chassis, perfect gearshift, proper steer-with-your-bum driving position. Awesome in every way.

‘Aha,’ we hear you cry, ‘but they only came with 4-cylinder engines.’ You’re right, they did. But a company called Rocketeer has given that a bit of a rethink.

What they’ve done is to hoik out the four-pot and replace it with a 3.0-litre V6 AJ30 crate motor, like you’d find in a Jaguar S-Type – so instead of 130bhp, you’ve got 250bhp and a lovely little rumble. It doesn’t cock up the handling either, as it’s actually lighter than the Mazda motor. Inspired.

Look out for the next instalment, our V8 faves!