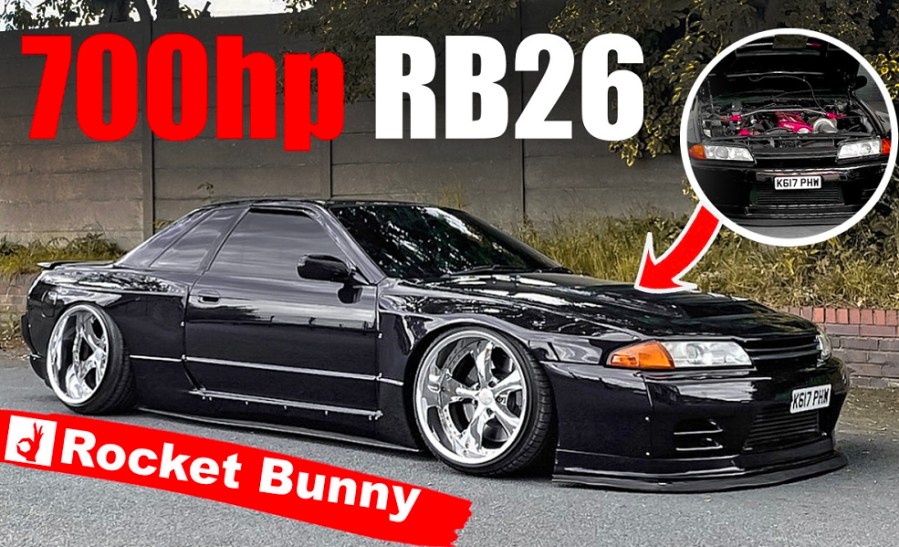 With unique McLaren paint, widebody Pandem style and colossal horsepower, this R32 Skyline GT-R is in a whole other modding realm.

Supercars, by definition, inspire shock and awe wherever they go. The nature of the genre, ever since the term started to be widely thrown around with the inception of the Lamborghini Miura back in 1966, has been to offer something so far removed from the everyday automobile to make jaws drop and eyes light up every time such a thing heaves into view. Everybody regresses back to a child-like level of excitement when these outlandish machines are around… or, at least, they should. It’s context-bound. Because while any production-spec Aventador or 488 GTB will stop everyone in their tracks if it were to appear in a rural Hampshire village among the Corsas and Fiestas, it’s a different story for the moneyed types cruising around Knightsbridge, Monaco or Beverly Hills. Certain geographical locations enjoy a concentration of wealth, and with that inevitably comes a concentration of supercars. Driving a production supercar isn’t enough to impress in this sort of context; anyone with the ready cash can amble into a showroom and come away with an off-the-peg machine. That’s not uniqueness, that’s just shopping. So manufacturers have always had a keen awareness of the wealthy connoisseur customer, those who want the latest model but don’t want to have the one everyone else has got. Status is everything, and the rarer a car is, the more desirable it becomes. And that’s very much the ethos behind Keiran Perks’ Pandem R32 Skyline GT-R, pulling some of that supercar stardust into a revered JDM modern classic. Because you can’t make a statement outside Harrods if someone cruises past in the same car, can you?

The supercar flavour is very much in-your-face with Keiran’s Pandem R32 Skyline GT-R, thanks to that unique paint shade: it’s genuine McLaren P1 Amethyst Black, and it’s important to appreciate just how difficult it is to get hold of McLaren paint codes. They don’t exactly share this information freely, and as such this is the only R32 in the world painted this colour. A proper one-of-one.

All of this falls neatly in line with Keiran’s motoring history, as he’s been forthright about making waves in the modding scene from the get-go. “I’ve been around cars all my life, and my ownership began a few weeks before my 17th birthday when I purchased a Daihatsu Charade GTti and a Mk3 Escort Cabriolet turbo to build along with my daily at the time, an MG ZR,” he says, and you’ll have to agree that’s a pretty bloody strong start. “From that moment I was in deep, and I’ve since built over fifty cars ranging from grounded air-cooled VWs and German cruisers to plenty of early ’90s Japanese cars. Among my favourites were my static orange Mk1 Polo, previously known as ‘Taxi’ – which I believe was previously owned by someone at Fast Car! – my W123 pillarless coupe hopper low-rider, and my static B18 EG Civic, to name but a few.” 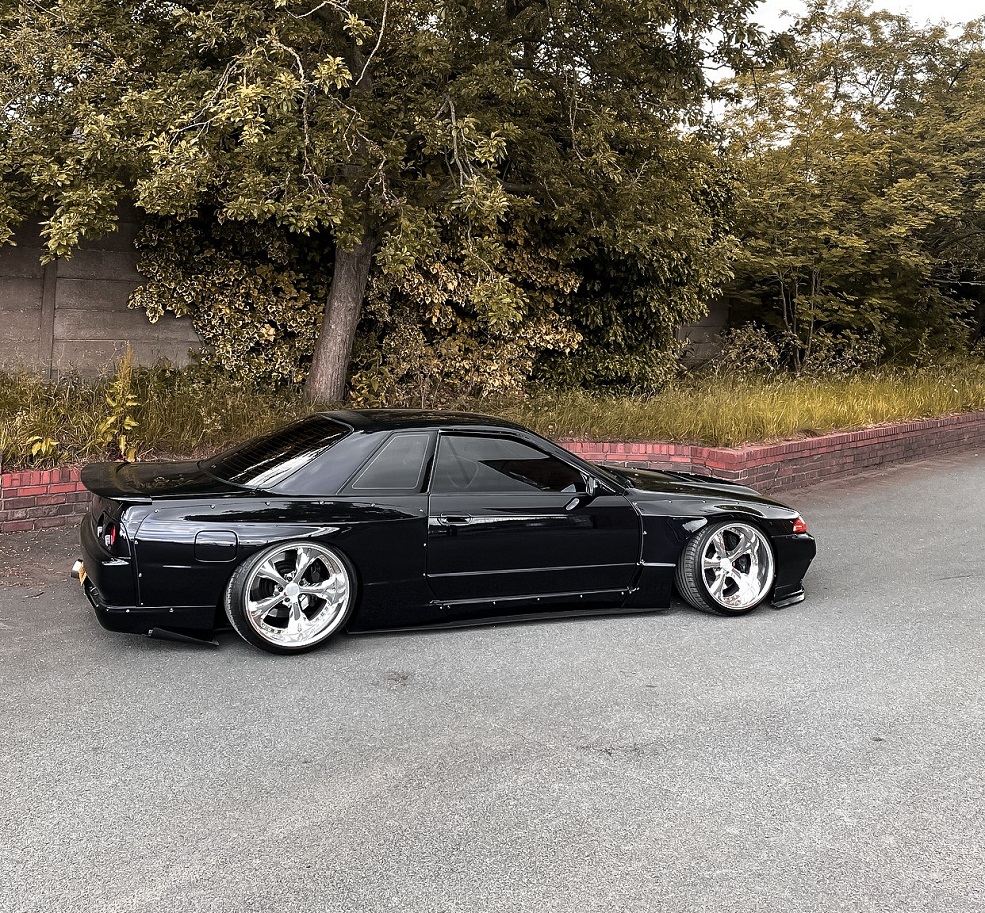 Fair to say he knows his modifying onions, then. So why an R32-generation Skyline this time? Well, why not? Having previously owned his first R32 at the age of just nineteen, Keiran already had a taste for these formidable and iconic machines, and this time around he felt that it was just something he had to do – the power and the fun they offer is unlike anything else, and he’d been planning out this build in his head for a long, long while.

“I found the car in relatively decent condition, and the previous owner had done a good job with it, but the styling wasn’t really my cup of tea,” he recalls. “I love the H20i scene in the States and I wanted to see if we could create something in the UK that resembled this look, with a @cutl00se flavour! The build has been challenging if I’m honest, it’s been difficult to retain a sense of individuality in a scene that’s done it all, and certainly Pandem R32s have a ‘repeated’ look across the world which for me is defined by average motorsport fitment, 18” WORK wheels, motorsport tyres, Bride seats, carbon bonnet, etc, etc…”

It’s been an exercise in lateral thinking, taking the established offbeat elements that have since become more mainstream, and casting them back out into the counter-culture. Job one was naturally to perfect the base, with painstaking efforts taken to refine the body, tub and strengthen the chassis, and cherry-pick just the right ingredients to make something truly fresh. The genuine Pandem widebody kit is joined by a host of parts from Knight Racer, including the bonnet, bootlid, sills and diffuser, and of course there’s that one-off supercar paint job. Don’t ask how he got the McLaren paint, just revel in the inky magnificence of it.

“Then we moved to fitment and wheels,” he says, “which, with my good friend Gaz ‘Cutloose’, we debated for weeks over 18s or 19s, single-piece or 3-piece and so on, and finally settled on some really aggressive period-correct Amistad Vs. The fitment is lip-to-arch all the way around, static with air cups, and that’s how it will stay with the right geometry, we aren’t running all this negative camber to gain fitment!” 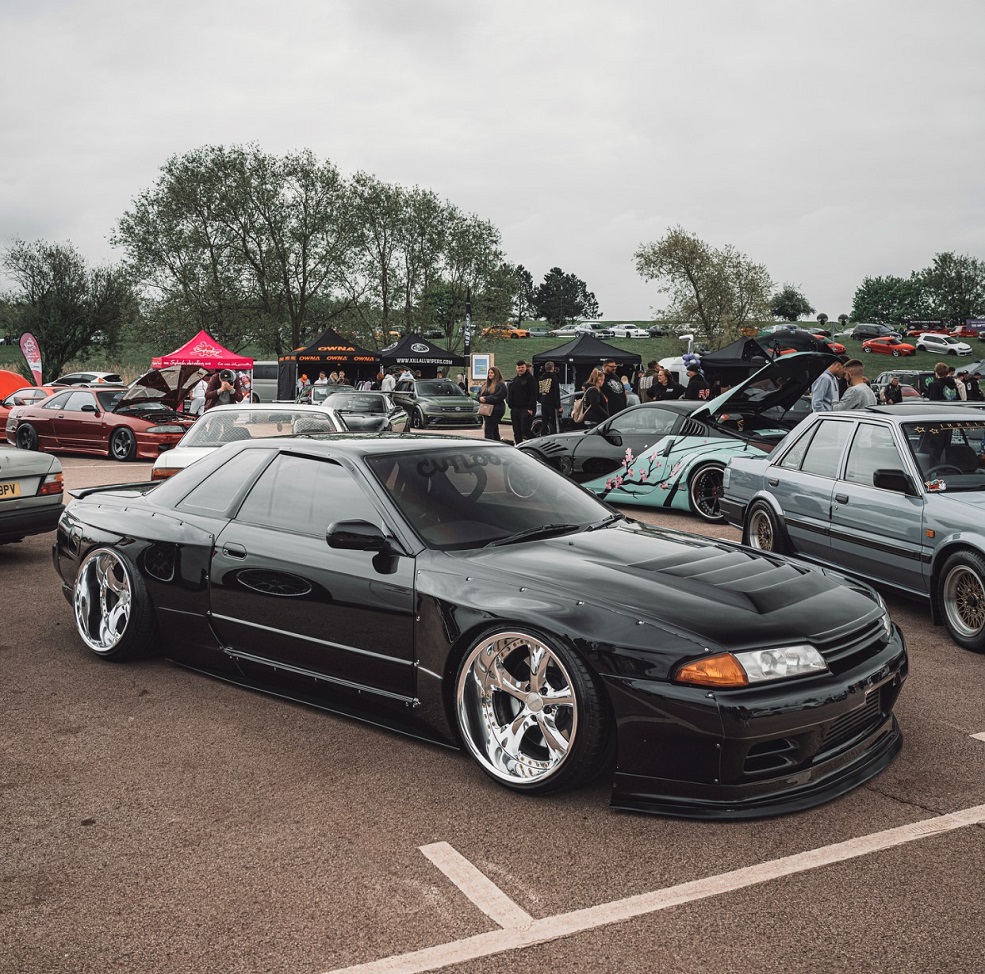 Naturally the modus operandi of any RB26 R32 has always been to be devastatingly powerful, that’s what made it the everyman supercar in the nineties (as well as getting it banned from various race series for just being too damn fast), so this project has absolutely focused on the ‘go’ as much as the ‘show’; yes, the high-end finish, brutal aesthetic and on-point stance adds up to a show-winning entity, but there are deep swells of menace swirling around beneath that lightweight bonnet too. A fully-forged motor is joined by a single Garrett GTX4088R turbo, a hyperactive fuelling system, aggressive cams and all manner of race-derived upgrades; knocked into shape by a Link G4 ECU, it’s been road-mapped on low boost (1.5 bar) at a hellacious 680whp – which, interestingly, is near-enough bang-on what you’d find in a McLaren F1 LM. Funny how that supercar connection keeps looping back.

“I use the car for fun each weekend – in the sun, the rain, and it’s even been in the snow,” Keiran grins. “Future plans? To continue to enjoy it, and slowly but surely add to what we’ve done already… which will very soon include a new kit and new wheels.” Sure, we wouldn’t expect anything less; Keiran’s built a lot of hot rides but this is his magnum opus, fusing supercar panache with real-world thrills. And it’s a true one-off – any cash-rich playboy can buy himself brand new McLaren, but you’re not going to find another car quite like this one. 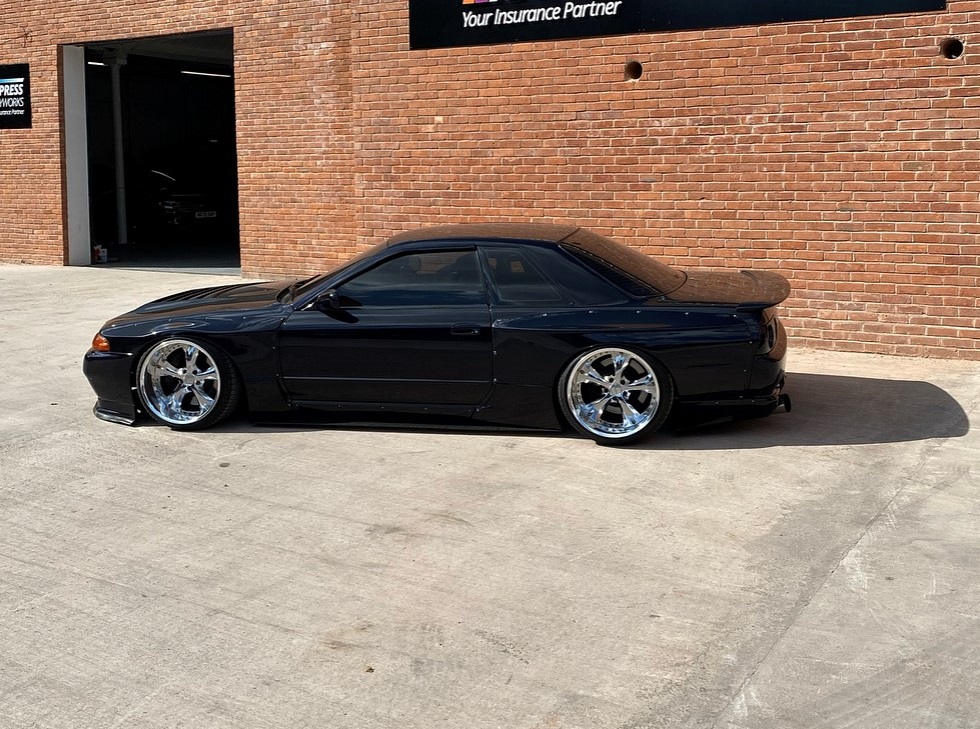