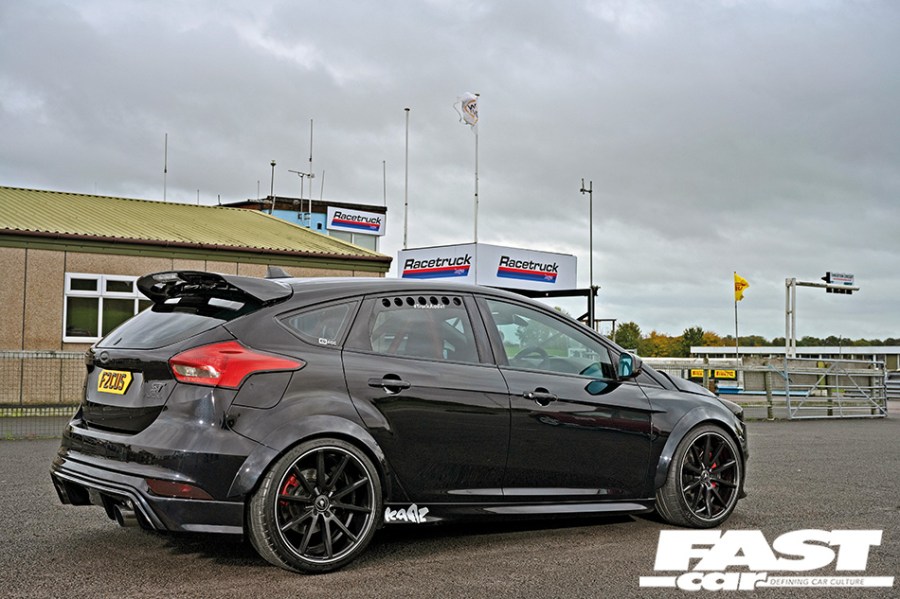 Once a frugal oil-burner, this modified Focus ST diesel now blasts around tracks while drinking from the dirty pump…

The modern world always seems to be pushing the idea that we should recycle and reuse where we can, and it’s a concept that can be applied just about everywhere, including modified cars.

Nick Osborne’s modified Focus ST diesel is a prime example. Having been purchased as a sensible daily driver, over the years it’s evolved to become something very different. With 370lb.ft of torque on tap, a plated LSD, pumped-up arches and a track suspension setup, the mean and menacing Focus now surprises people on road and track.

Nick confirms, “I initially chose a diesel for the fuel consumption, due to commuting at the time. But now I use it for nothing other than track days and car shows.” 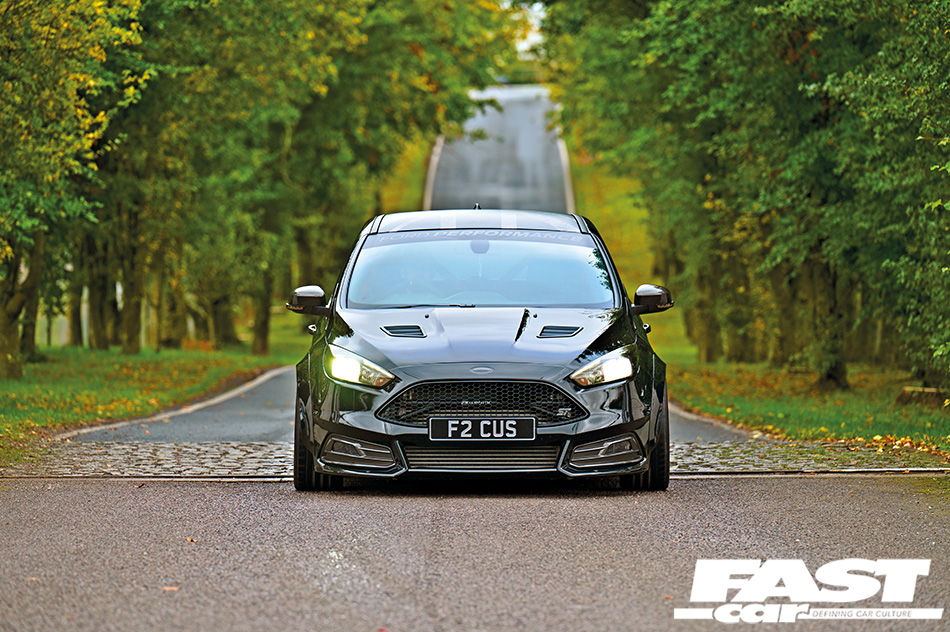 When Nick bought the car five years ago, he never intended for it to end up this way, but the build is a tale of fate. Having previously owned several Fords, including a Ford Focus ST and RS, Nick needed a new car to cover his long commute so was naturally attracted to the facelifted Focus.

But he admits he was out of touch with fast Ford models by then, so was initially after a Titanium. In fact, it was the salesman who mentioned there was a sportier diesel available, so Nick soon found himself back in an ST once again.

“I was doing 100 miles a day, five days a week at the time, so needed something that would be good on fuel,” he remembers. “The Focus ST was the best of both worlds for me; a nice drive to work but still economical.” 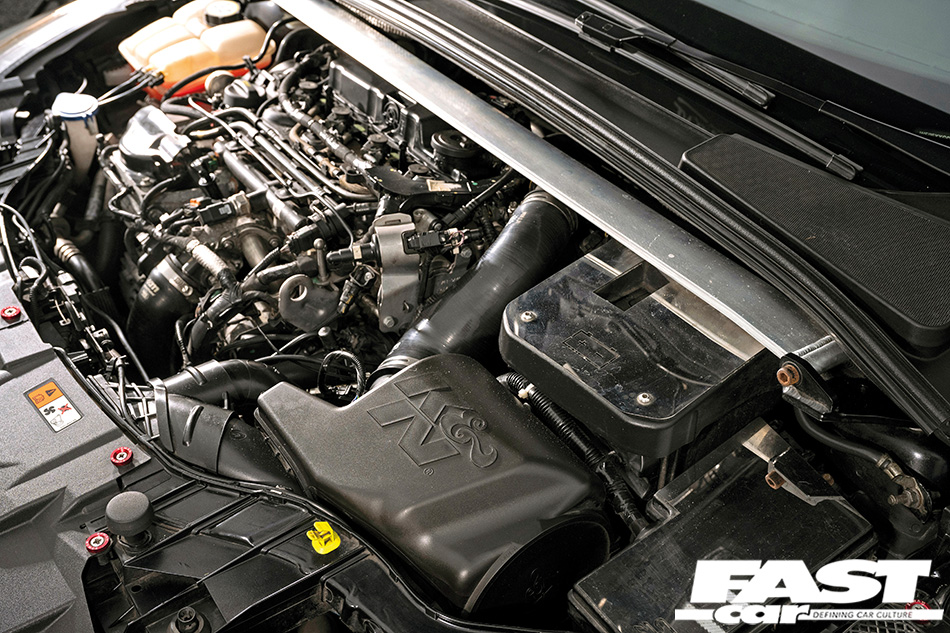 When he collected the car, it was completely standard, and the plan was to keep it that way. But that slowly started to change, as Nick learned there was a thriving community of Focus ST diesel owners making their cars stand out and perform better.

Nick recalls, “I fell into modifying it when I began meeting other enthusiasts. That’s when it got a bit out of hand. I saw the easy gains others were getting, as the engine is very strong on these cars.”

Attracted by huge leaps in performance, Nick found himself at AET Motorsport for a hybrid turbo, uprated intercooler and custom exhaust, among other additions. The end result of tuning is approximately 250bhp and hugely usable 370lb.ft of torque to go with it, which transformed the car’s ability, and a series of other simple modifications soon followed. 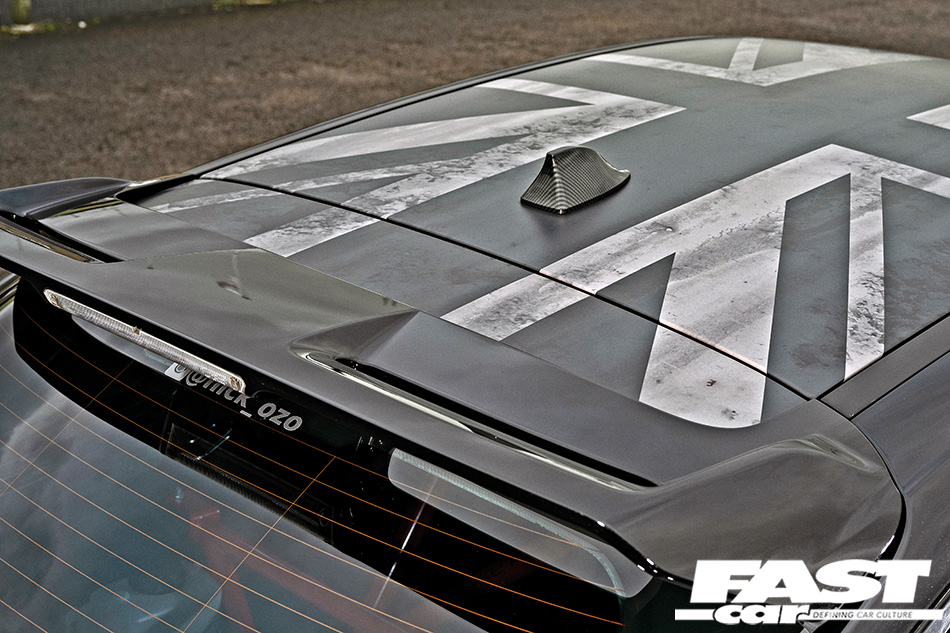 At this point it was still a daily driver, but the build took a more serious turn after a trip to the iconic Nürburgring, as Nick explains: “I never had an intention for it to become a track car, or even go on track with it. But I went to the Nurburgring with a good friend, and after a few laps I soon realised that the diesel was actually good fun on track. So I soon started doing track days with the car.”

As fate would have it, at the same sort of time, Nick’s work circumstances changed and he was given a company vehicle to use, so the tuned Focus ST soon went from being a daily driver to being parked up in the garage. That meant the transition to further develop it into a more focused track car naturally occurred.

Back then it was on lowering springs, so Nick changed to a coilover setup and fitted uprated anti-roll bars and suspension braces. A custom meth injection kit helped to keep a lid on intake temperatures and complement the engine modifications, and Nick wisely invested in a plated limited-slip differential in an effort to harness the low-down torque. Braking was also improved, with the use of Brembos from a Mk3 Ford Focus RS. That just left the matter of the look and feel of the car, inside and out.

Nick reveals, “I think the arch kit is one of my favourite parts of the car and I made them myself. As a youngster, my dream car was an X-Pack Mk2 Escort RS2000 as I used to walk past one every day on route to school, so I guess this is my modern-day replica of that.”

Nick started with a set of ABS plastic arches and, after adapting them to fit nicely, he took the full step of cutting the metal behind the front wings and rear quarter panels to ensure they didn’t just look the part but also allowed functionality. The 100mm increase in width allowed the 8.5x19in wheels and wholesome 235/35×19 tyres to provide extra grip and, along with an assortment of other finer detailed additions, Nick created a unique look. 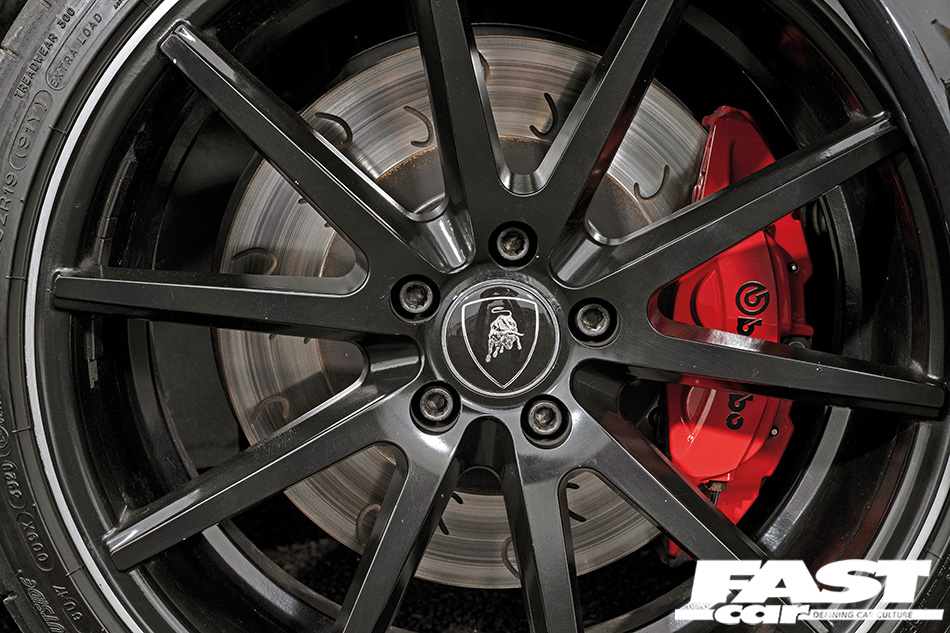 “I have spent four years evolving this look,” he reveals. “I like to do my own thing, and there’s nothing out there the same as this.”

It’s a similar story when it comes to the interior of the modified Focus ST diesel track car, as Nick found a contrast of stripped-back trim, together with custom touches and added creature comforts, made a perfect package. As a result, there’s a roll cage in the rear but the front cabin space has been upgraded with a custom steering wheel and upgraded Sync infotainment.

With a comprehensive all-round package, it’s not surprising that Nick tells us his Focus is surprisingly capable on track.

He says, “I think the biggest reaction I get is people’s disbelief in it being diesel. 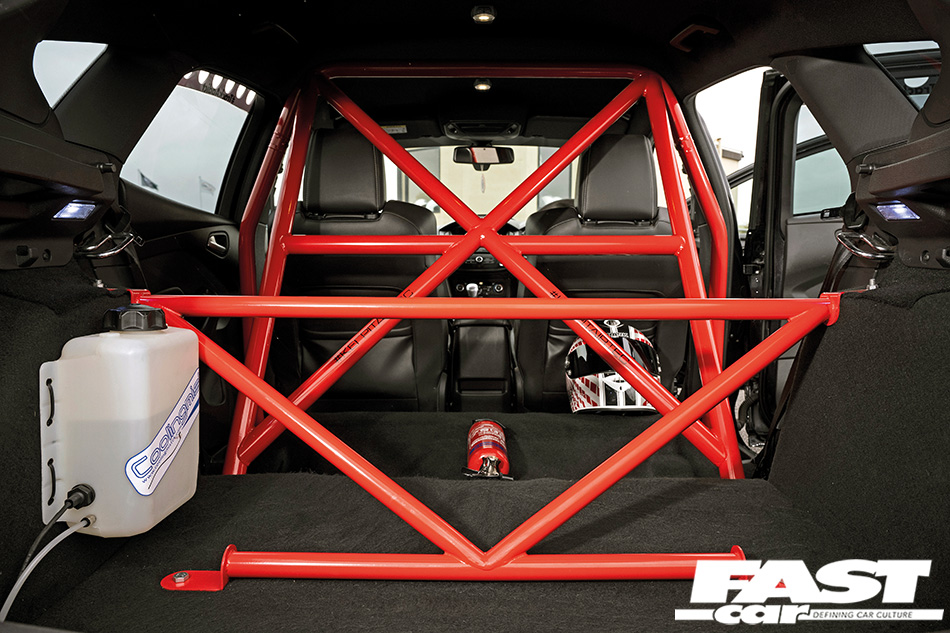 “It lacks in the top end, as diesels do, but it has plenty of punch out of the corners. I did think about increasing the power, but I like the reliability level it’s at, so decided not to mess with it. The coilovers and the plated LSD made a huge difference to the way it handles, although it’s not great on the road, as the roads are terrible.”

There are still plans afoot to do more to the car, with the next development being an interior revamp that will see it tip a little further into track car territory, as Nick says: “Next I would really like to fit bucket seats and have some interior parts flocked.”

With further additions on the cards and plenty more track days booked, look out for Nick’s modified Focus ST diesel at a track day near you. 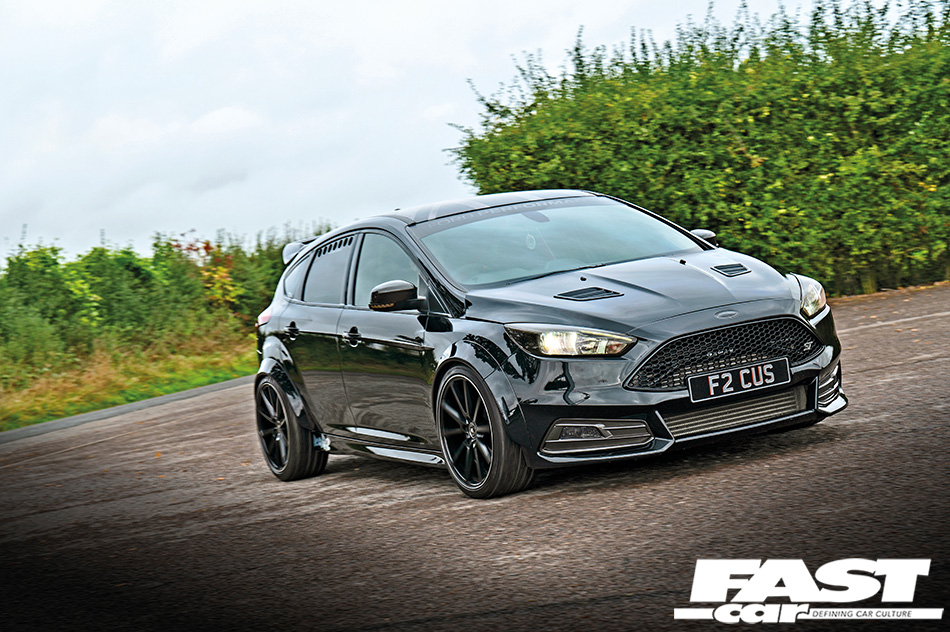