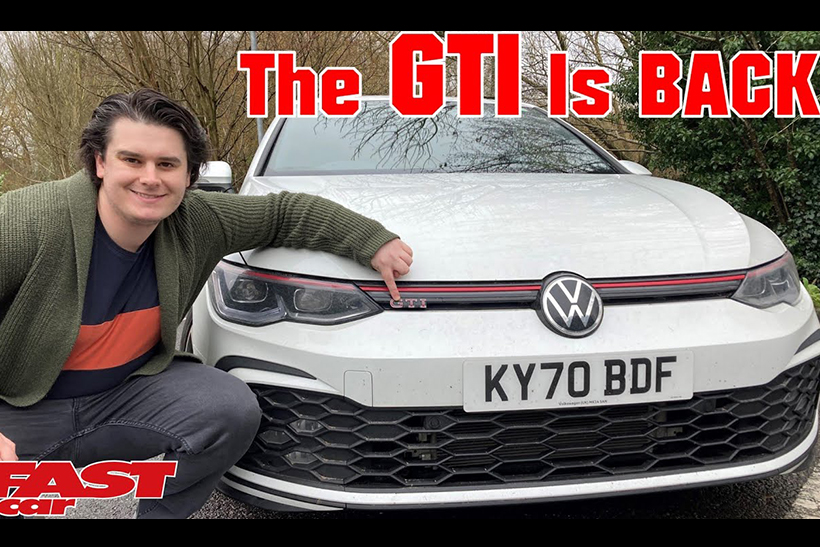 The go-to hot hatch has long been the Golf GTI, but recent generations have lost a bit of the sparkle and rivals like the Focus ST and i30N have made it look dowdy. With the new VW Golf GTI Mk8, Volkswagen claims to have injected the fun back into the GTI, but has it? And could it possibly be worth that pricetag?

VW Golf GTI MK8: what you need to know

It’s been much talked about, the new Mk8 VW Golf GTI. Depending on which side of the fence you sit on, there’s not a lot of change from the Mk7 to the 8, at least not visually anyway. The front end gets a nip and tuck with an optional full-width light bar across the grille, but that’s about it. Dare we say it’s all a bit facelift(y) rather than new model…

While visually it might not be much different, underneath is where all the magic takes place. Despite still carrying over the EA888 2.0-litre, turbocharged four-cylinder engine from the previous generation, it now produces 242bhp in base form, equivalent to the Performance model in Mk7 guise. However, VW has implemented a new, higher-pressure fuel injection system and revised combustion and emissions controls for a smoother, punchier drive.

The biggest changes come in the handling department with three key components. The first is an electronic limited-slip differential, which was previously an option on the Mk7. The second is a new Vehicle Dynamics Manager. Essentially what this Vehicle Dynamics Manager does is not only just control the XDS differential, but also the adaptive dampers, adjusting them up to 200 times every second. This then forces the components to work together harmoniously for greater traction, handling and overall driving dynamics in order to meet the car’s overarching target of being more fun.

The third are stiffer spring rates. VW’s aim was to focus on better rotating the car’s chassis in tighter corners and in doing so has stiffened the front springs by 5%, and the rear springs by 15%. As a result, you can induce lift-off oversteer like never before in the previous generation and inject some fun into the driving experience.