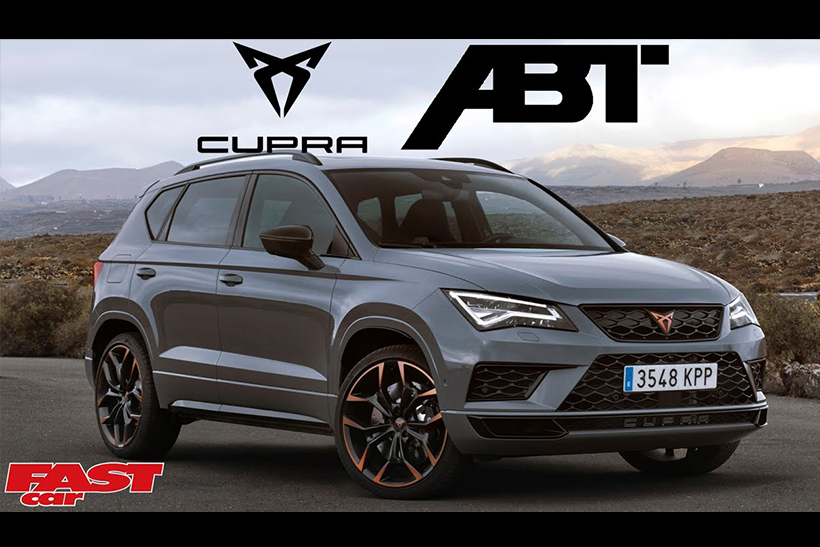 Watch as we get behind the wheel of the Cupra Ateca Abt Limited Edition to find out whether an SUV can do it all, specifically, can it excite you enough to force you to wake up on a Sunday morning and go for a drive?

The Cupra Ateca isn’t an obvious car for us to drive. While fast SUVs are all becoming the rave at the moment, we’re still dubious as to whether such a car can do everything the humble estate can do. It’s been proven that the likes of the Audi RS6 and Mercedes-AMG C63 S estate are both thrilling drives, but also offer the practicality that an SUV can do.

However, we also know that the more expensive Alfa Romeo Stelvio Quadrifoglio is also an exciting drive. The key difference there, though, is that the Alfa Romeo offers a predominantly RWD setup, meaning cornering can become very exciting, very quickly, especially with over 500bhp on tap. Here, though, the Cupra Ateca Abt Limited Edition comes into the ring with a small four-cylinder turbochared engine, rather than a thumping great V6 or V8 as mentioned in the cars above. It also uses the famous Haldex system, which we all know is predominantly FWD, bringing the rear into play in extreme circumstances.

The benefit of the Cupra Ateca Abt, though, is that it’s been treated to a dealer-fitted, warranty-backed Abt ECU tune, boosting power from a good 300bhp, to a healthy 350bhp, upping the torque as well to 324ft lb. While Cupra doesn’t claim faster 0-62mph times, it does have a slightly higher top speed of 152mph. The real difference is the boost in mid-range performance, offering what one would assume is a much quicker 100-200km/h time, although we didn’t time this.

The Cupra Ateca Limited Edition model also adds new 20-inch copper wheels, a quad exhaust that can be optioned with an Akrapovic set of pipes, like we have here, a carbon fibre lip spoiler and those gorgeous blue Alcantara bucket seats. It’s strictly a DSG affair, but that’s no bad thing in a car not designed to be for the drivers.

So can it excite enough to be not only your commuter car but also the family bus and the exciting weekend car? Watch the video to find out… Make sure you like and subscribe to our channel!