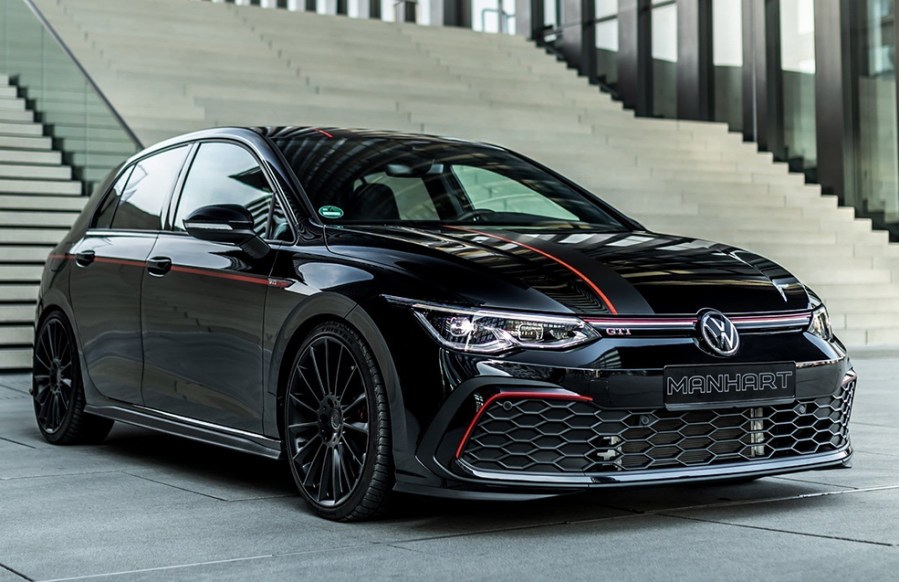 The Manhart Golf GTI 290 takes a regular Mk8 Golf GTI and ramps it up to Clubsport levels alongside more aggressive aesthetics.

With the Mk8 Golf GTI sharing a lot of its components with its predecessor, the Mk7, it wasn’t going to be long before we saw a number of companies making their own revisions. Manhart, famed for modifying BMWs but caters for other marques, is one such company. For the Mk7 Golf R, Manhart produced the RS450, and in doing so, learned a few lessons it could transfer to the Mk8. 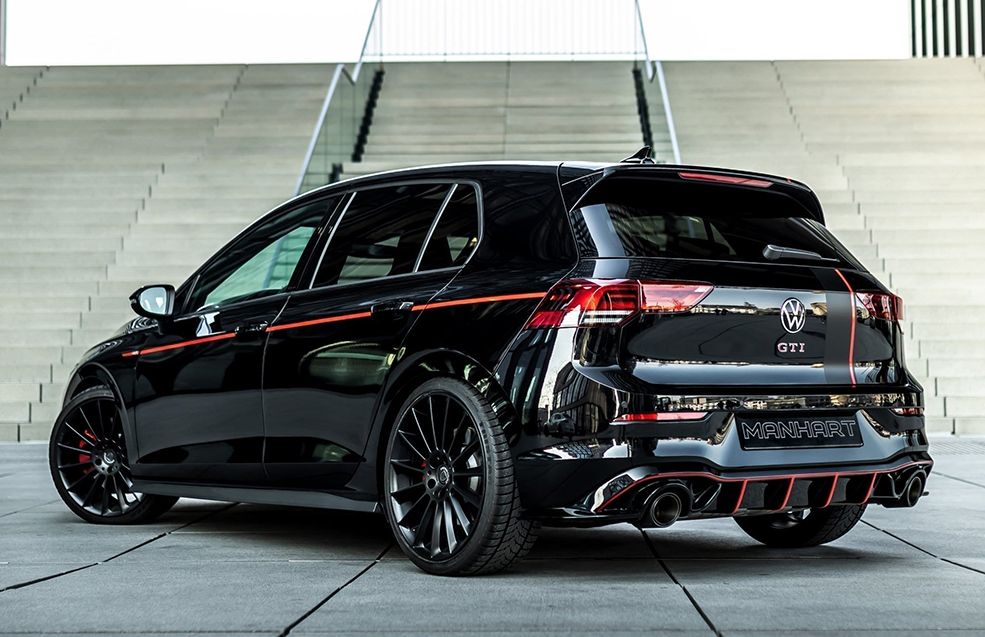 The Manhart Golf GTI 290 turns the wick up on the EA888-powered Mk8 Golf GTI, upping its power from 245hp to 290hp (286bhp) and its torque from 273lb ft to 313lb ft thanks to its in-house MHtronik Powerbox, a piggyback ECU module that adjusts fuel and boost pressure. 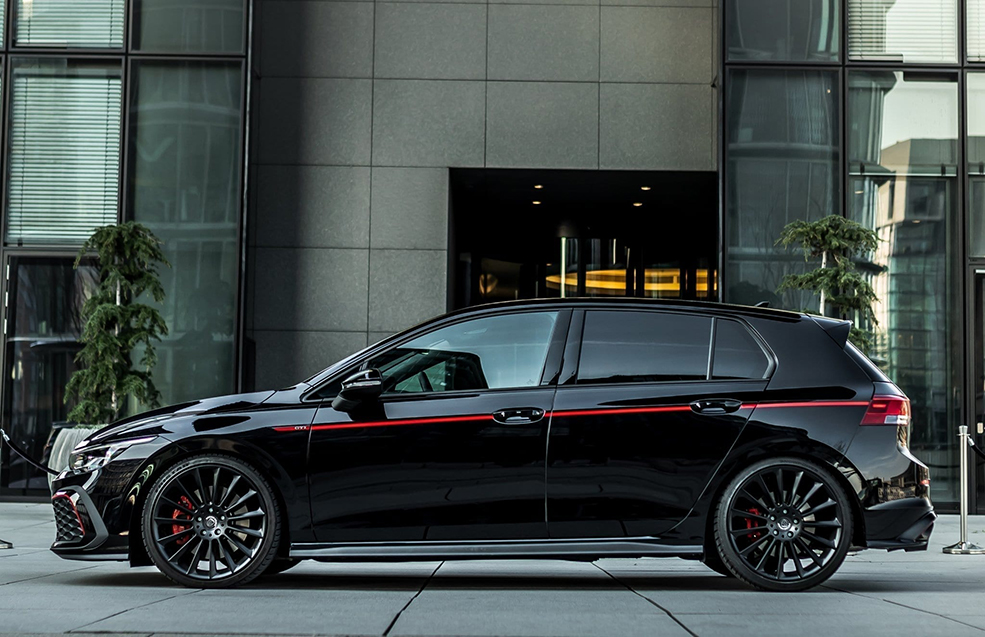 To give the car a more purposeful look, the body was lowered 40mm in total by way of H&R lowering springs, while the factory-spec wheels were replaced with 8x19inch Manhart multi-spoke wheels shod in 225/35 section tyres. Further modifications to the exterior include a more aggressive rear diffuser as well as pin stripe decals on both sides, bonnet, roof and rear. Inside, the headliner is filled with small LEDs to produce a starry sky effect. Those who want to modify further can explore Manhart’s exhaust options. 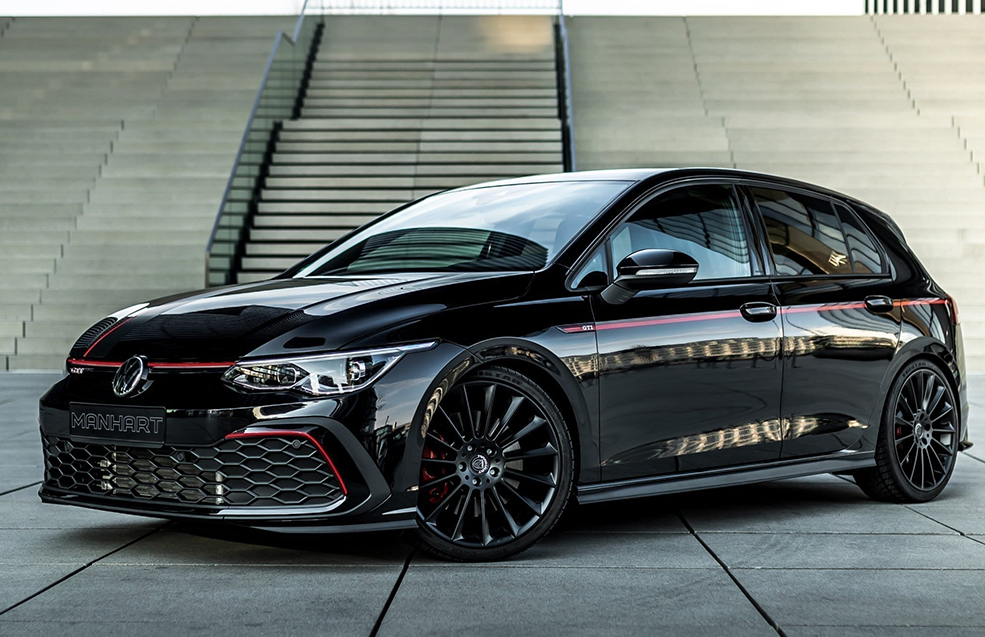 Prices for the Manhart Golf GTI 290 performance upgrades start from £1300, with the lowering springs coming in at £300 and the wheels £1400. Given the Mk8 Golf GTI Clubsport comes in at roughly £3755, would you opt for the Manhart upgrades or simply order a Clubsport form factory?