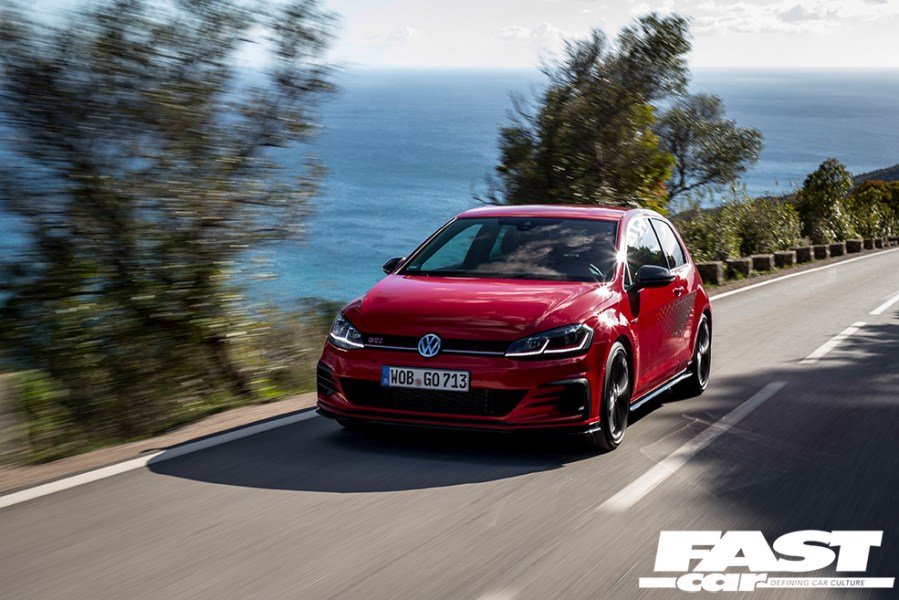 Earlier in the year, we got behind the wheel of the Golf GTI TCR, the final goodbye to the Mk7 hot-hatch. But is it any good?

Like us, you’re probably confused right now. First you got the Mk7 Golf GTI, then you got the Golf R and Golf GTD, then the Clupsport, the Clubsport S and GTE, then the Mk7.5 cars came in. The regular GTI became the GTI Performance, the R got a facelift, you got a Clubsport Edition 40 and finally you got the TCR. That’s a lot to digest, but in short, no matter what flavour you wanted your Golf in, you could quite literally have your cake and eat it. But it beggars the question, why a TCR variant?

The short answer is that it was introduced to plug the gap between the regular Performance GTI, which was the bottom of the rung GTI on sale, and the all-guns-blazing, limited-production Clubsport models. But the TCR did a bit more than that, and you could argue that it became the sweet spot for the GTI range. Let me explain. 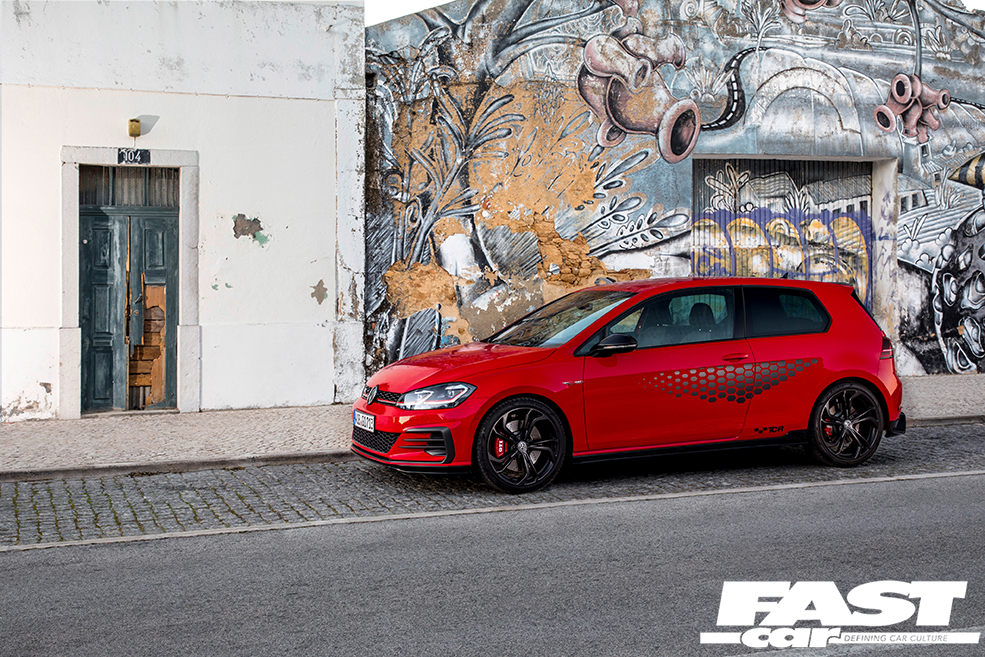 You get the same power as the Clubsport, that’s 286bhp, and you get the same suspension, kind of. What you’re missing is the aggressive negative camber that the Clubsport ran for increased handling, but get slightly shorter springs and revamped damping rates as well as gaining a few seats inside. Instead of the rear-deck being removed and replaced with some scaffolding, you get rear seats. You also get different wheels, which are wrapped in Pilot Sport 4S tyres from Michelin, instead of the track-focused Cup 2s.

Over the regular GTI you also get a deeper front splitter, more aggressive rear diffuser and that fin-style spoiler, that gives it a TCR-inspired aero kit. Oh, and if you weren’t aware what the TCR bit stood for, it’s in reference to the Touring Car Racing series that VW produces cars for. 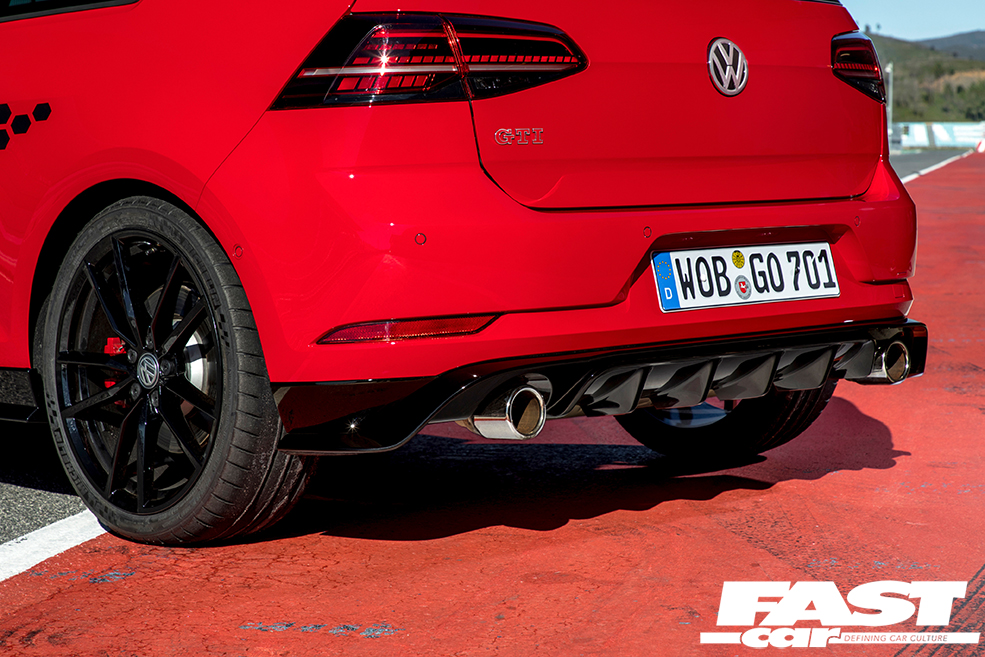 What you don’t forgo is the price tag, which optioned up here is an eye-watering £43k. Don’t close the page, just yet, it’s not all bad news. That £43k tag is high, but the TCR is a blistering hot-hatch despite being underpowered compared to the FK8 Type R, for example.

Plus, sometimes people want a hot-hatch that is menacing enough, but without being so in your face. The TCR strikes the perfect balance, in my eyes, with the decals on the side. OK, personally I wouldn’t option the honeycomb livery, simple point being it’s £500. For stickers. I’m good thanks. But, finished in that grey it looks purposeful, only accentuated by the black alloys. 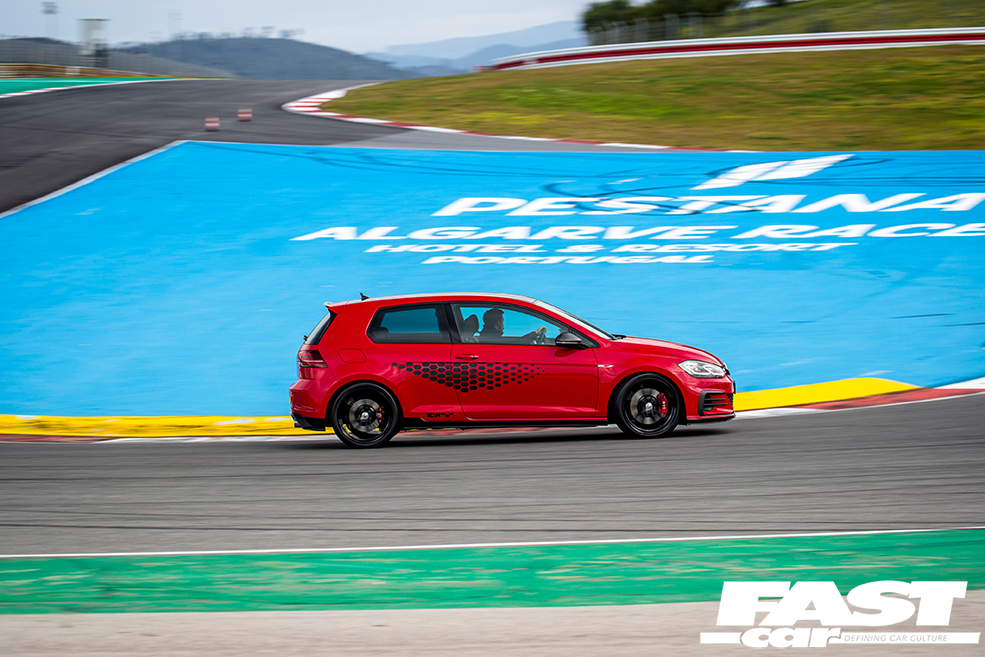 Hop inside and you’re greeted with comfy buckets finished in tartan, a signature of the Golf GTI for many moons. The only option here is DSG, which, in a hot-hatch, isn’t my preference. For me, a car of this nature should have three pedals. You lose too much of what makes a hot-hatch brilliant. From the off you’re left feeling disengaged from the drive, something the Clupsport doesn’t do with its manual option.

On the flipside to that, the DSG gearbox is mind-blowingly fast that you can select gears before you’ve had time to think about it. On the right road, you can be travelling at darn right silly speeds with ease, not having to focus on the finer details of driving, like nailing a late-entry heel-and-toe gearchange. That makes extracting every inch of performance out of the TCR a doddle for even a novice driver. Just don’t expect to feel like a driving god, because the car is doing most of the work for you. 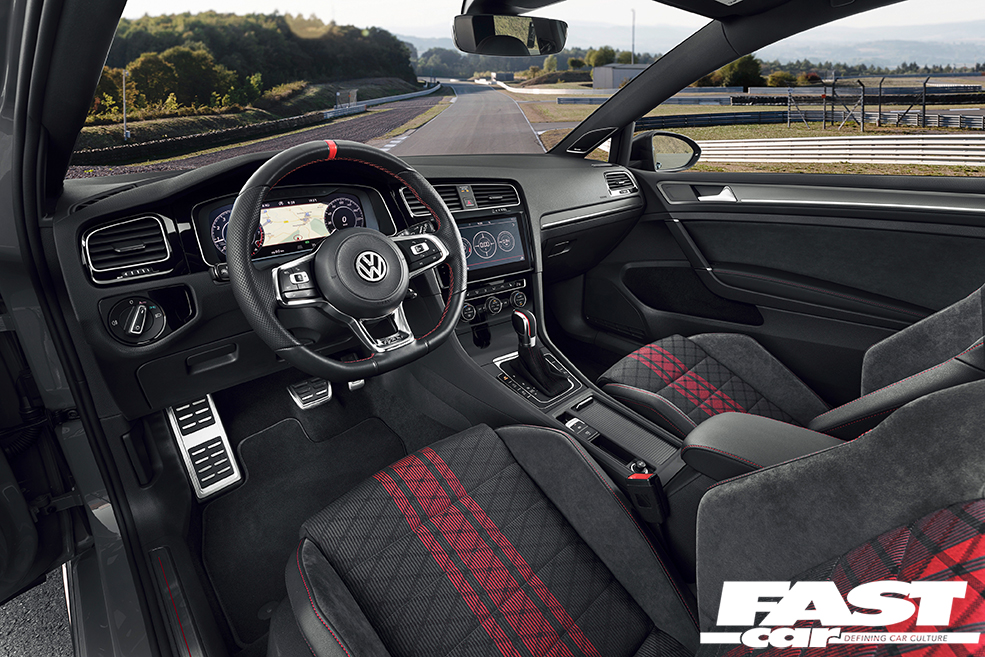 The front end offers sharp turn-in with a good amount of play in the rear end. It doesn’t have the agility the FK8 has, but it feels sure-footed thanks to its additional weight. The LSD up front allows for astonishing levels of grip and you can be heavy-footed with the accelerator pedal, the diff will work wonders and edge you closer to that apex.

What I like about the Golf is arguably what some people don’t like about them. It feels grown up, almost serious. Where in the i30N, for example, you get the outrageously loud pops, and a rear-end that’ll pivot on a six-pence, the Golf is more stable, less playful, but as quick, if not quicker. It goes about its business in a different way; that’s just part of its character, it’s something you either get or you don’t. 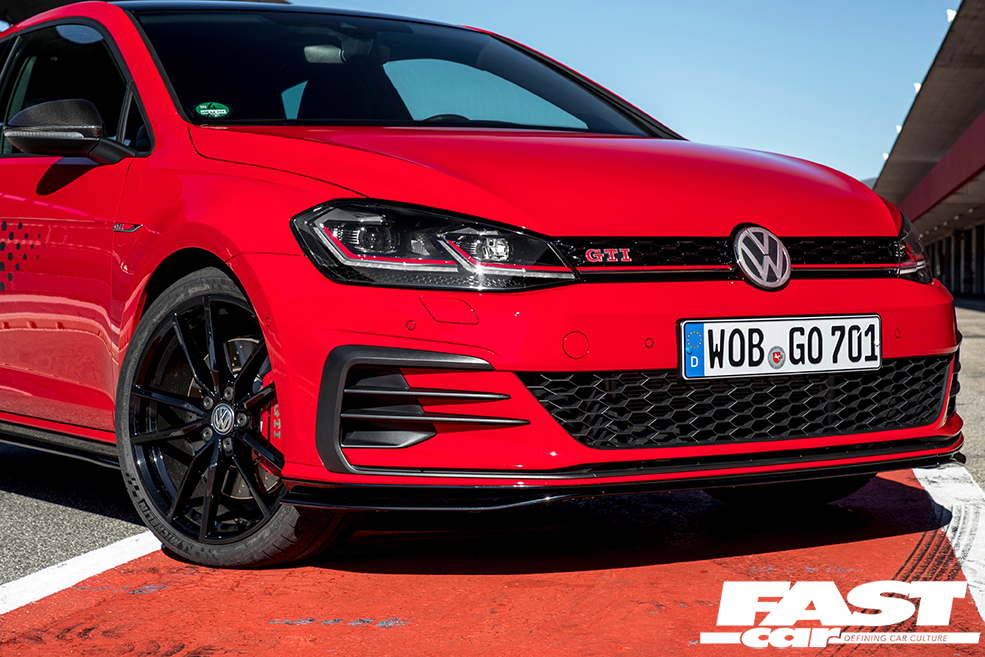 Thankfully, towards the back-end of production, the normally-optioned Akrapovic exhaust became standard, so you get a more aggressive soundtrack, but with that, DSG farts. I’m sorry VW fans, and Merc fans to some extent, DSG farts are not cool. Part of the problem with this new automotive addition to burbles, pops and crackles is that it all sounds too fabricated, it very rarely sounds authentic. Now I like a burble as much as the next driver, but when it’s overtly fabricated, I feel a tad silly.

A special mention here goes to the brakes, wow. Stamp on them and you better be ready for seatbelt burns. The pedal is a tad too sharp for my liking, I prefer a brake pedal to be more modular in its application, something the Alpine A110 nailed, here, the initial bite it too sharp. But my word will it stop you. You can afford to gamble a little with your braking zone and confidently know that you’ll scrub off enough speed not to go ploughing through a hedge.

The Golf GTI TCR has staggering performance in its fingertips. Stab the throttle and you can be climbing up to licence-losing speeds in a matter of seconds. That DSG box may remove engagement, but what it does add in is lightning quick changes that have you questioning whether you actually changed gear or not, such is the fluidity of said changes and your constant acceleration. Although you’ll hear the fart so you know you’ve changed up…

Where the Golf shines, though, is in its ability to calm down from being fidgety and noisy, to a car that is brilliant at daily driving. It’s something that other cars struggle to do, namely, again, the FK8. You can never really switch the FK8 off, the seats and suspension are firm, plus you can never ignore the huge rear wing in your rear-view mirror. Inside, the GTI TCR is quiet, refined and the best in the business when you want tone it down. The new digital display as part of the 7.5 upgrades brings it bang-up-to-date, without feeling over the top for a Golf. The interior is best-in-class, bar none. 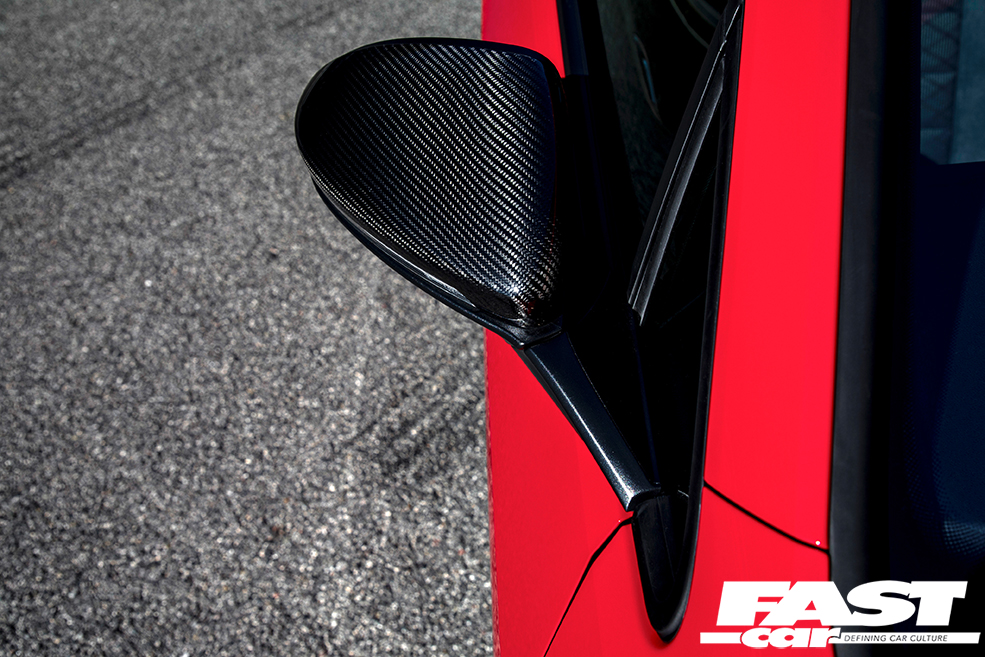 But, if you want a car that will light up your face with a beaming smile, remind you what driving is all about and can live with it being not quite as good as the Golf in some areas, go and buy an FK8. A compromise of both is the i30N. That being said, there’s a reason people say “just like a Golf”, because you’ll feel yourself saying, that’s just like a Golf. It was the original hot-hatch king, and it arguably still is, it just encompasses a wider range of abilities, all of which are good, but not perfect.

It mixes most of the best bits about the limited-run Clubsports with the best bits of the regular GTI to bring you a package that I fully believe is the best of the Mk7 Golf range, including that of the R… 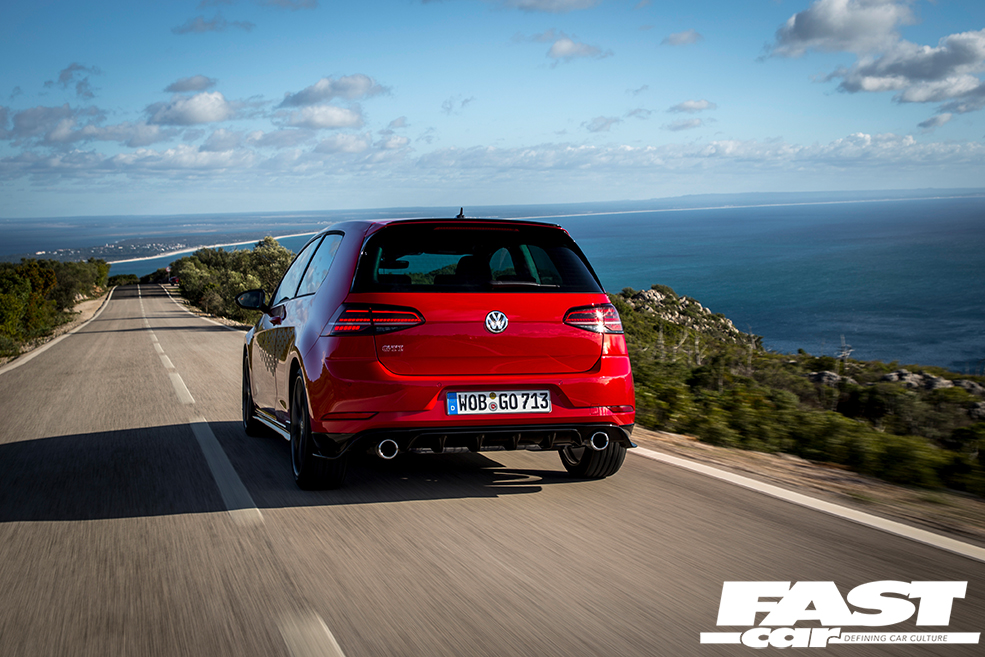