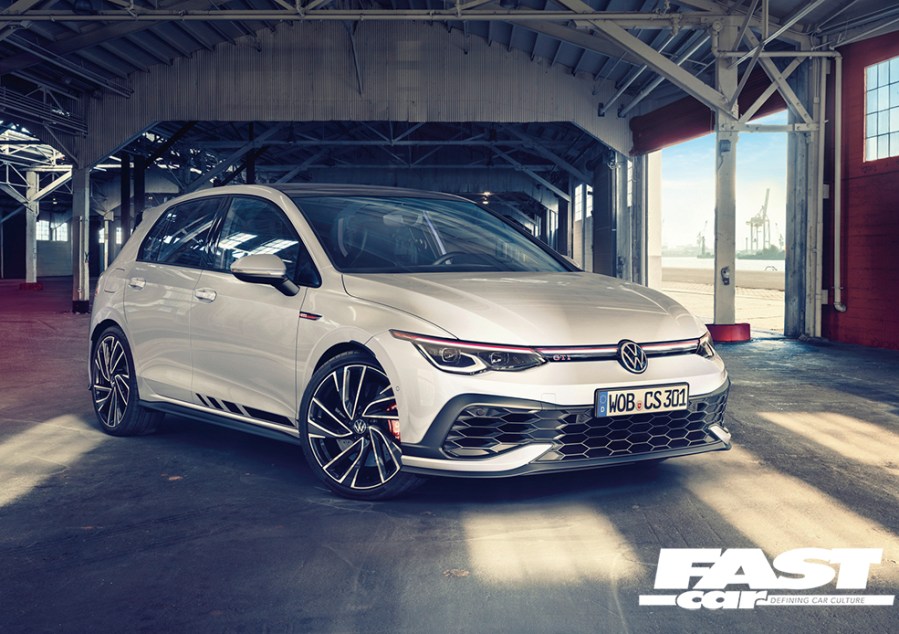 Hot on the heels of its tamer brother, VW has revealed the VW Golf GTI Clubsport Mk8. Nope, it’s not limited, and nope it’s not as hardcore as you think. Here’s what you need to know.

It’s only been a week since the first reviews started rolling out on the new VW Golf GTI Mk8 before VW announced the surprise arrival of this, the VW Golf GTI Clubsport Mk8. Interestingly, VW has pitched this car between the Clubsport and Clubsport S models of the Mk7 VW Golf GTI, both of which were on sale four years ago. 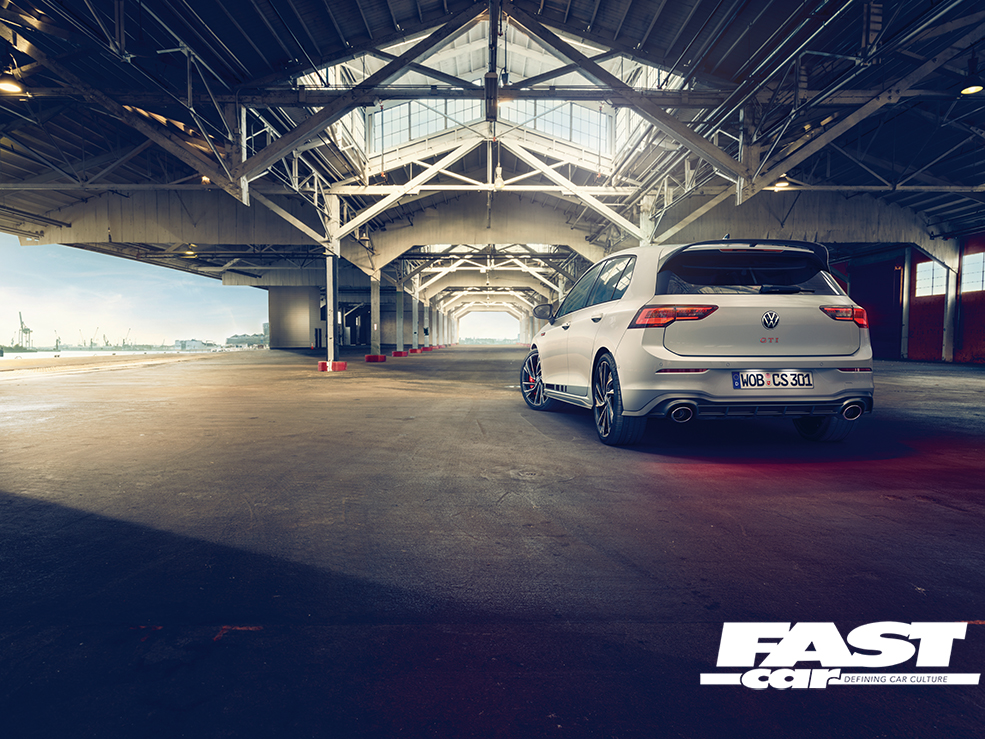 In reality, the new VW Golf GTI Clubsport Mk8 is a replacement for the old model’s runout iteration, the Golf GTI TCR. Power is up over the regular Mk8 Golf GTI some 54bhp to 296bhp (242bhp in standard GTI) and torque is up a hefty 22lb ft to 295 (273 in the standard car). This means that the 0-62mph sprint is now under six seconds with a limited top speed of 155mph. Your only choice of gearbox is a seven-speed DSG job, whereas the standard GTI gets a six-speed manual. 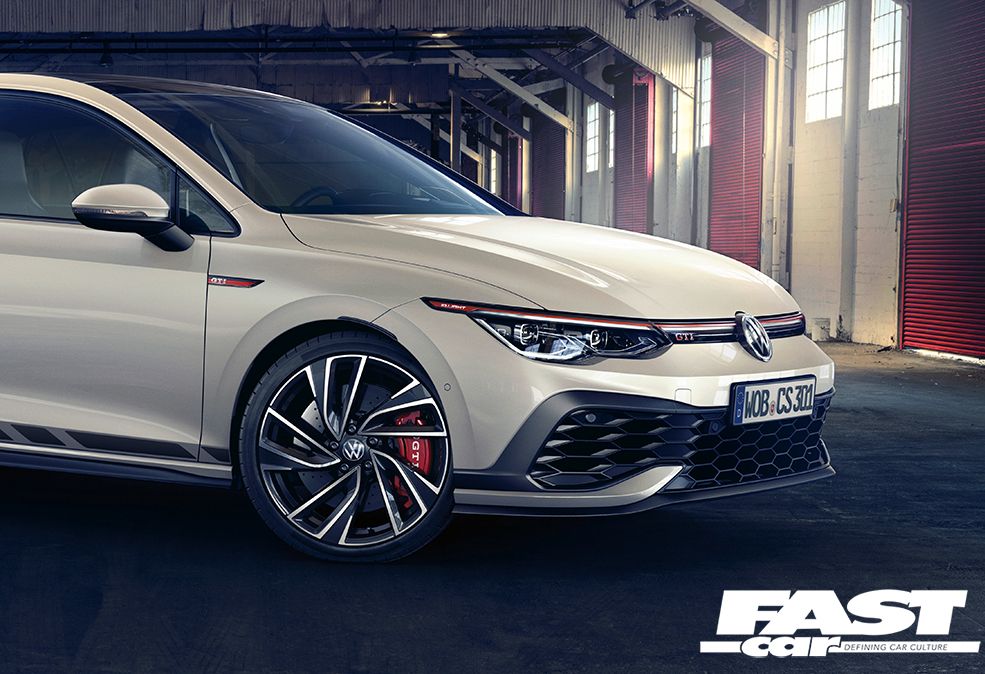 It’s not just a power hike in the Clubsport either, you also get fettled suspension. This car sits 15mm lower than the regular car and gets a touch of positive camber on the front end to allow for a sharper turn-in. You also get bigger brakes to help you stop the increased power. There isn’t any weight saving here, though, just a good old fashioned power hike. 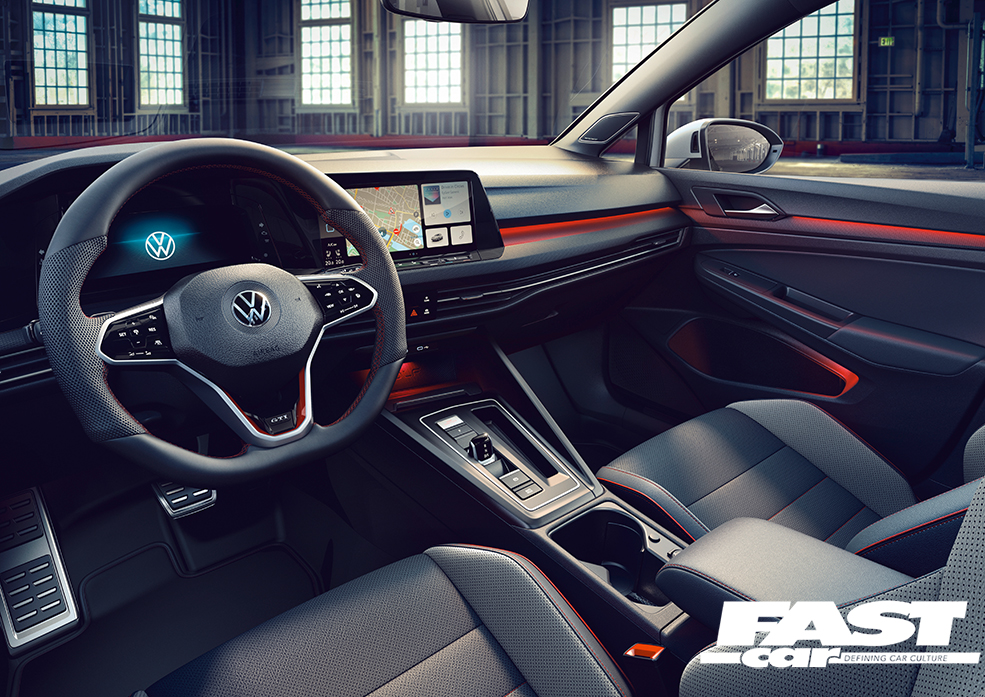 All of those changes amassed equate to a car that is 13 seconds quicker around the Nurburgring according to VW. That’s also in part thanks to a new special Nurburgring drive mode. What that does is keep the dampers soft, while ramping up the engine, gearbox, steering and other changes to the max. With the ‘Ring being a somewhat bumpy surface, we’re looking forward to seeing how that mode reacts to a typical British B-road. 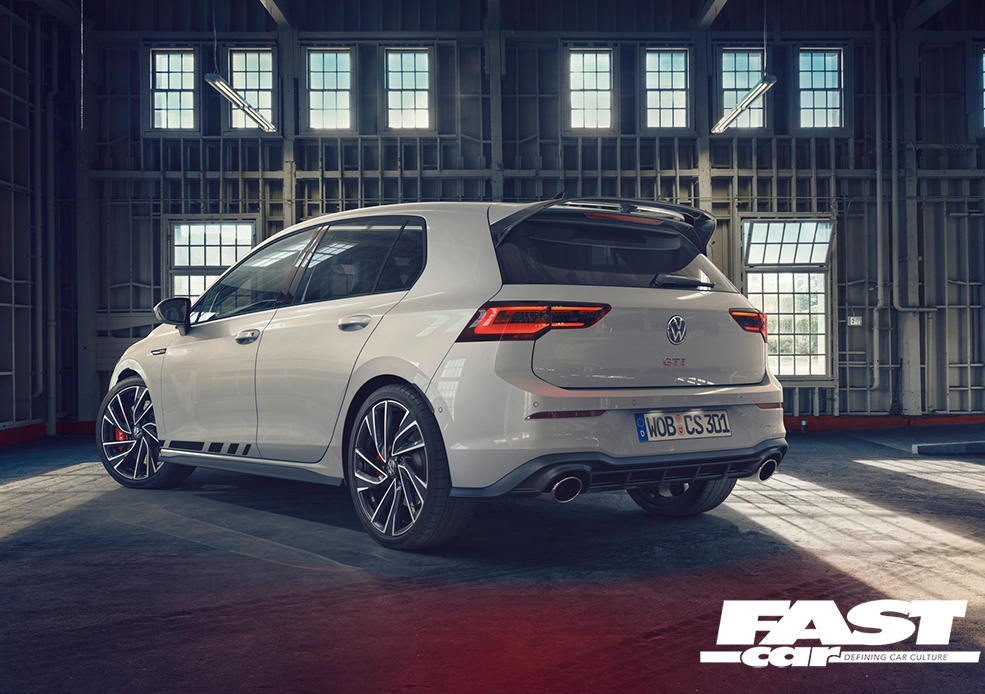