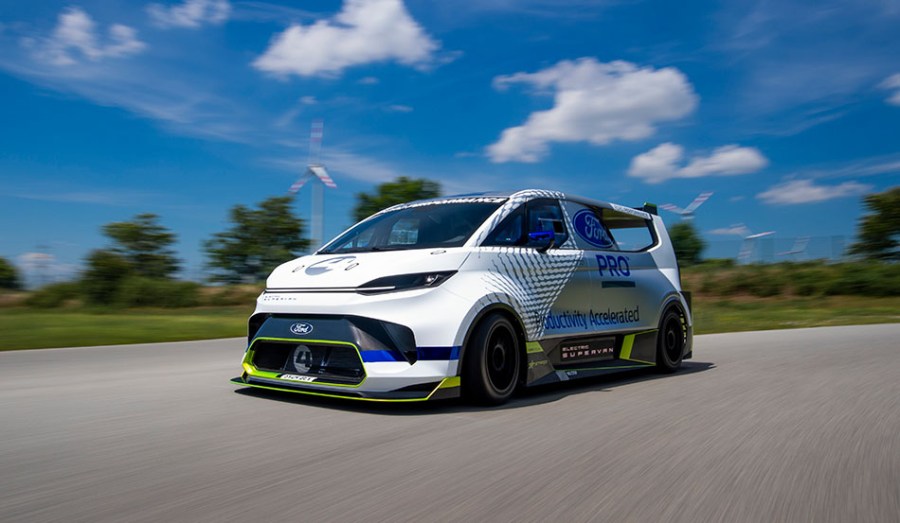 Ford has continued its SuperVan history with an all new Pro Electric version, producing a whopping 2000hp along the way as it debuts at Goodwood Festival of Speed.

Bet you didn’t see that one coming. We certainly didn’t. But if there’s one way to get your white van man on board with an electric future, turning the current Ford Transit into a silent ballistic missile that looks like it’s been designed in the future isn’t a bad way to do it.

So here it is, the 2000hp Ford Pro Electric SuperVan. This is the fastest electric car Ford has ever built, with its previous effort, the Mustang Mach-E racer packing a mighty 1400hp. Built for the 2022 Goodwood Festival of Speed, it’s the fourth installment of Ford’s SuperVan, with it being the first electric version. 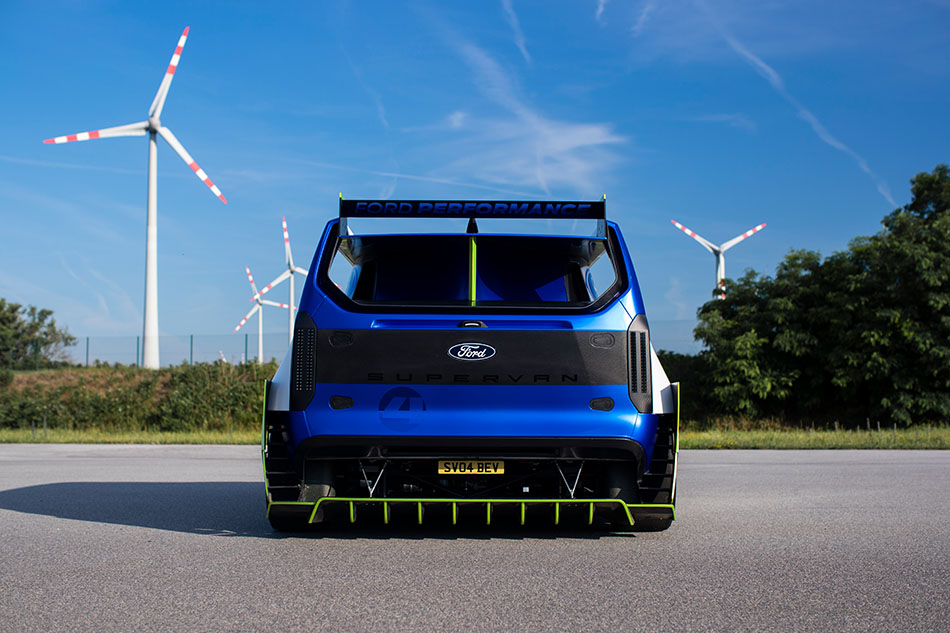 The SuperVan was built in collaboration between Ford Performance and Austrian EV race car specialists STARD. The body was designed by Ford’s European design studio in Cologne. Powering the Electric SuperVan are four electric motors, split across the two axles, with power coming from a 50kWh battery mounted in the centre of the chassis.

Performance wise, Ford estimates that the SuperVan will accelerate from 0-62mph in under two seconds when in Track mode. There are five drive modes in total, all accessible by the Ford Sync touchscreen in the centrel Road, Track, Drag, Drift and Rally. 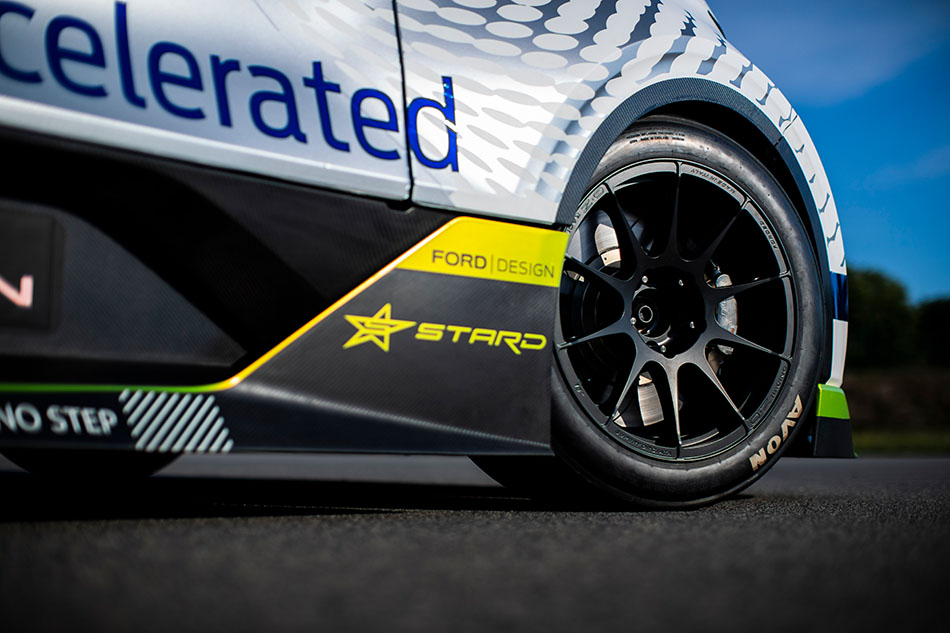 “Ford Pro is all about accelerating productivity for our customers – so why not create a new Electric SuperVan that proves the power of electrification and connectivity,” said Hans Schep, general manager, Ford Pro, Europe. “This incredible demonstrator vehicle takes E-Transit Custom’s advanced engineering and distinctive look to a whole new level, and is high-speed proof of the power of Ford Pro’s connected services ecosystem.”

“The chance to be part of the iconic SuperVan story and reimagine what it could be in the 21st century was a dream opportunity,” said Amko Leenarts, director, Design, Ford of Europe. “The fourth chapter of the SuperVan story is designed to be the fastest, most extreme yet while keeping the Transit DNA. The proportions are a more dramatic version of what we developed for the E-Transit Custom and the front light bar creates a futuristic expression, making the Electric SuperVan the absolute pinnacle of Transit design language.”