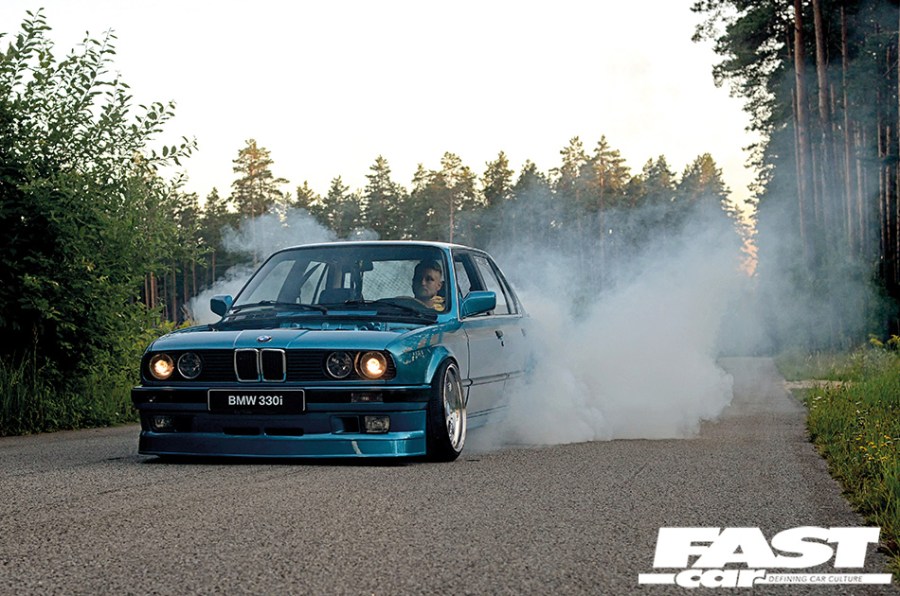 More doors mean more excellence. Edgar Gumilev’s tuned BMW E30 complete with an M54 engine from an E46 330i  is primped, polished and ready for battle.

By far the coolest thing about 1980s cars is the sheer wealth of context; the stories behind them, the places they’ve been, the things they’ve seen. In our line of work, it’s easy to get blasé about such details, because most cars that appear before the lens arrive fresh from some in-depth build, necessitating a focus on what’s new, what’s changed, but when you take a step back out of the here-and-now, our ongoing love for four-doors starts to make a lot of sense. Naturally, we adore a two-door 3 Series, there’s an inherent rakishness and sportiness in their profile, isn’t there? Touring Car heroism and shady street-racing are baked right in. But with a four-door… well, it’s far more likely to have originally been bought as a family runaround, something to ferry the kids to school and then nip off to the shops to cash in some Green Shield Stamps. Which makes transformations like this tuned BMW E30 with M54 engine all the more startling. Imagine what those excitable kids on the back seat would make of their mum’s motor now. 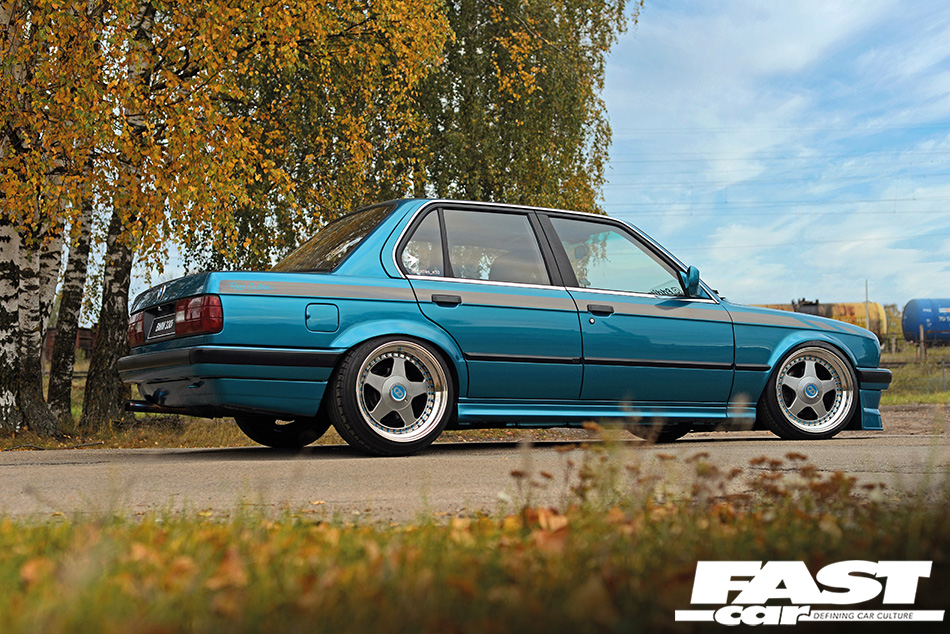 You see, Edgar Gumilev’s (@eddies_e30) more-door is special. No, actually, ‘special’ isn’t big enough a word. It’s beguiling, it’s astounding – it isn’t often that you come across a spec list that oozes such flawless rightness. Every move he’s made has been the right one, every decision has brought this BMW one step closer to perfection. From this aspect, the number of entry points is entirely immaterial. But from a historical, nostalgic standpoint? The extra doors just make it extra cool. And since we’re talking nostalgia, let’s encourage the scenery to go all wibbly as Edgar transports us back to a time when he was just a whippersnapper himself.

“My father used to drive a BMW E28 when I was a kid, so I’ve been into these cars from day one,” he says. “He only bought BMWs, so it’s what we grew up with as a family. When it came time to buy my first car, of course, it was a Beemer – an E30 that I got when I was 16. I started learning how to drift, and after a couple of years, I sold that car and bought an E36 Coupé, which was followed by an E39, three E36 Compacts, an E90, and an E46 Compact with a facelift coupé front. So yes, you can say that I’m a BMW fan,” he grins. 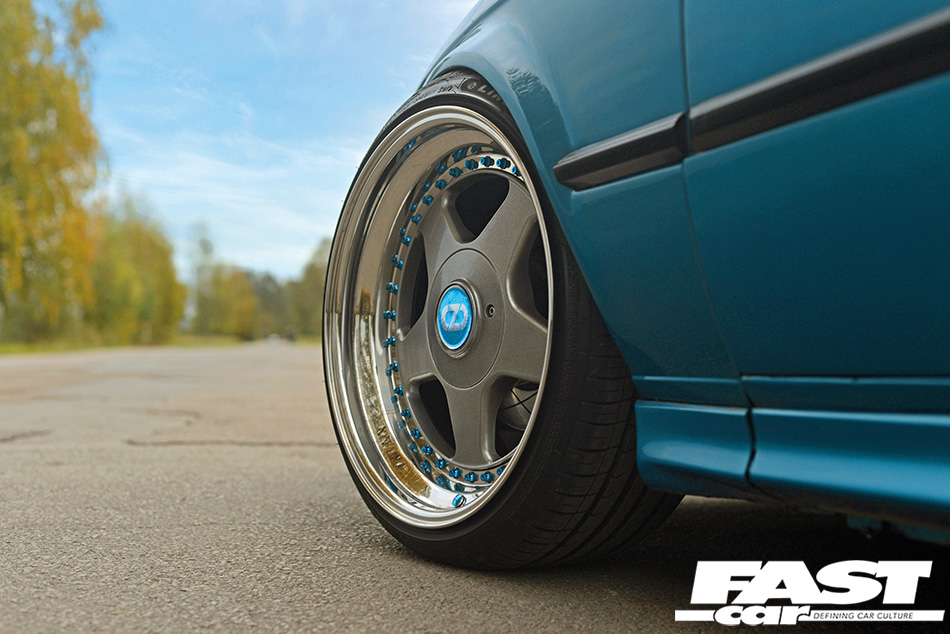 Strong credentials there, and it helps that parts availability is pretty healthy in Edgar’s native Latvia, enabling him to pursue his passion for reimagining these cars to his own whims and desires. “I’ll be modifying cars all my life,” he assures us, “because standard cars are boring cars.” Nothing leaves stock here, for sure – all of those BMWs listed in his back catalogue were modified to some degree, be it a simple case of wheels, altitude and attitude or a full-on reimagining to drift-missile spec. And six years ago, when Edgar swapped his E36 3 Series for this four-door BMW E30, he had plans bubbling away right from the get-go. For starters, there was a keenness to add a little more urgency to the power delivery, not least because the engine was a little bit flaky.

The car came to Edgar equipped with an M20B27 super eta motor, which is a particularly interesting approach to the straight-six. Found in the economy-focused ‘e’ models (such as the 325e and 525e), this was an engine built for torque and frugality rather than high-revving thrust; it behaves more like a diesel – long stroke, low compression, it delivers all the grunt low-down. Pays dividends at the pumps, but it’s not exactly fun – and besides, the M20 in this car was on its last legs, so Edgar opted to do something about it… and, in doing so, embarked upon a broader rebuild of the car overall.

“Every month, I was saving up a bit of money to put towards the car,” he recalls. “I rented a small garage that I could store it in and work on it.” All the while, as he was saving, schemes and stratagems were bubbling away, and the engine choice was front-and-centre on the to-do list.

“The engine I’ve swapped in is an M54B30 from an E46,” he reveals. Which is a pretty outstanding choice. “It had 100k miles on it and is totally stock – I’ve fully rebuilt it with new OEM parts.” This immediately imbues a fresh sense of urgency to the modified BMW E30, as that’s a motor with a lot of heart. Found in the 330i, this all-aluminium double-VANOS unit produces 231hp in factory form, which is rather a lot more than any four-door E30 ever left the production line with. Check out its environs, and you’ll see that it’s in a beautifully and painstakingly shaved bay too. “That’s something I’ve seen on US-based E30s, and it was a dream to make mine like that too,” he says. And then, with the body perfected throughout, it was time to fully repaint it in a vibrant and exciting colour. 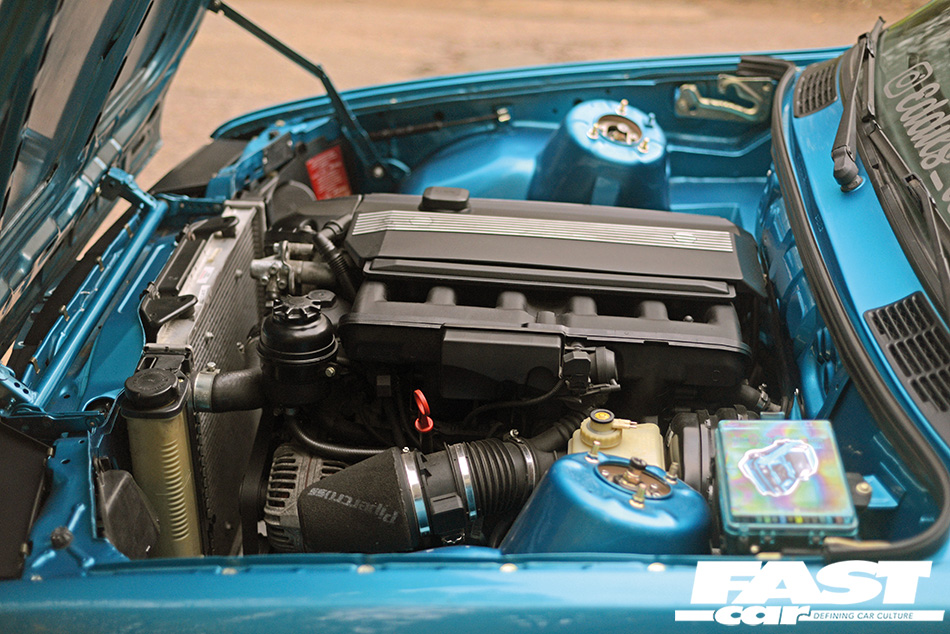 The hue in question? Why that’ll be Atlantis blue metallic – an Individual shade you might have spotted on contemporary M3s and M4s. It’s a terrific choice, looking like something you’d find on a shellsuit worn by a Live & Kicking audience member, and really ties in neatly to the car’s late-’80s/early-’90s vibe. You wouldn’t be surprised if it had ‘On a Mission’ in the back window and Fido Dido on the quarter lights. Working hand-in-hand with the Alpina front lip and 318iS side skirts, plus those cool custom side-stripes, it’s a proper retro treat.

What isn’t so old-school, however, is the way the thing sits. BC Racing coilovers allow the tuned BMW E30 to roll markedly lower than we used to in the old days. This fusion of old and new is mirrored in the wheel choice as well; we love that Edgar’s retained the chrome trims surrounding the windows rather than blacking anything out, as they form a neat visual tie-in with the dishy Radinox lips he’s running on those staggered OZ Futuras. A style of wheels that suits the E30 3 Series so well, here they’re measuring 8.5×17” up front and an extra two inches of width apiece on the back axle – aggressively meaty specs under stock arches. 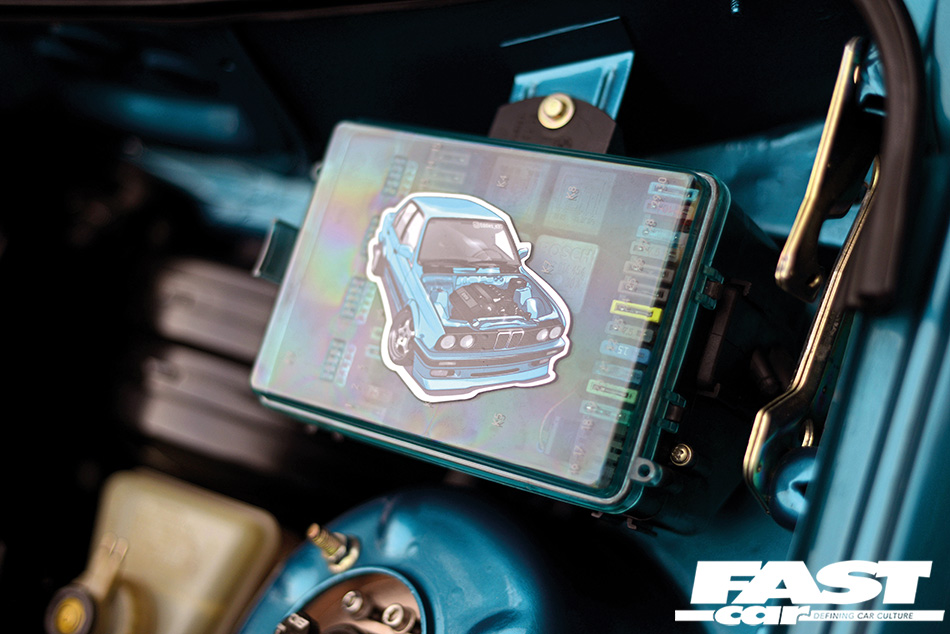 “The wheels took a lot of thought,” he muses. “I found the first set of rims for this car in Lithuania – they were 16” Artec S1s. I bought the coilovers shortly after, which was an expensive part for me and blew the budget… but then soon after, I found these Futuras in so-so condition and just had to have them! Getting them fully refurbished, I opted to go for wider Radinox lips – 2.5” at the front and 3” at the rear – along with new hardware and repainted centres and inners.” The time, effort and expenditure were well worth it, as the retro five-spokes complete the profile of the low-slung more-door to a tee.

Throughout the build, Edgar has been keen to carefully consider every decision, ensuring that each upgrade and alteration is the right one, rather than over-embellishing for the sake of it. And this is no more true than it is in the cabin. “I’ve fitted a pair of rare Recaro Orthopaed seats, which are heated, ventilated, and electrically adjustable, and I always felt the car deserved a wood-rim steering wheel, and this Raid one is just perfect,” he says. 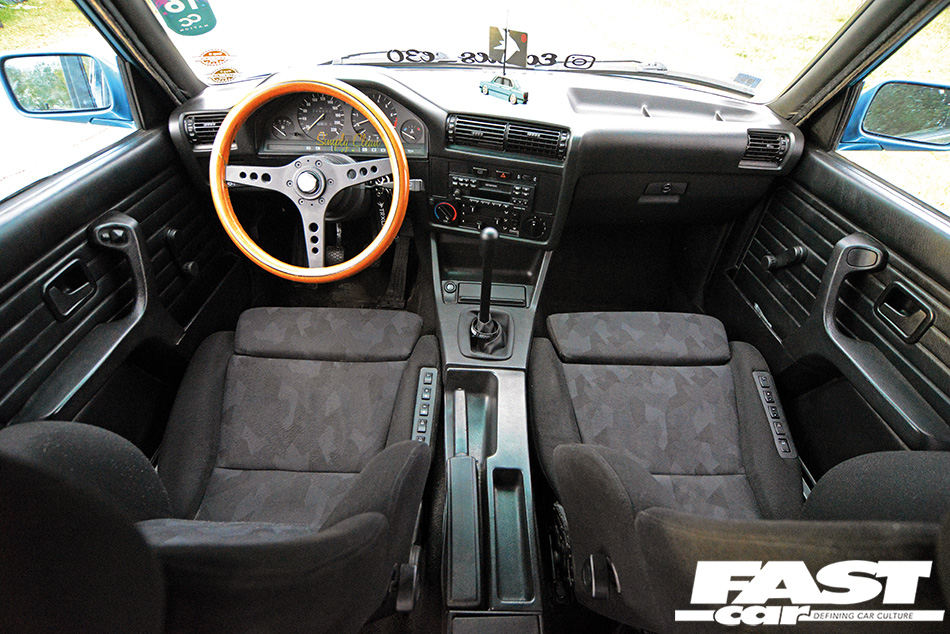 The fruits of his labours have certainly paid off. With the tuned BMW E30 with M54 engine completed, the first show Edgar took it to was Stancest in Estonia, where he immediately won a top-two award for best-in-show – a testament to all of that blood, sweat and tears expended in his small and unheated rental lockup. He’s a man who knows what he wants and what he likes and has the skills and vision to execute it all in a way that makes jaws drop wherever he goes. This classic family runabout has been comprehensively reimagined as a 21st-century stunner – and, with plans for air-ride and a bunch of rare parts, Edgar’s still got plenty of surprises to bring to the showground. Plus, with all those doors, he can bring his mates along for the ride. 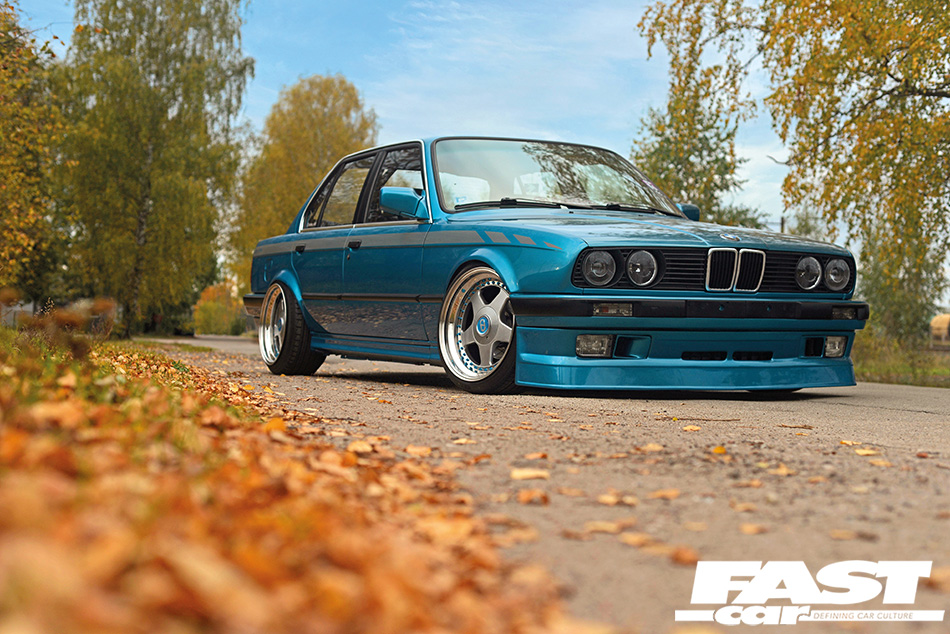