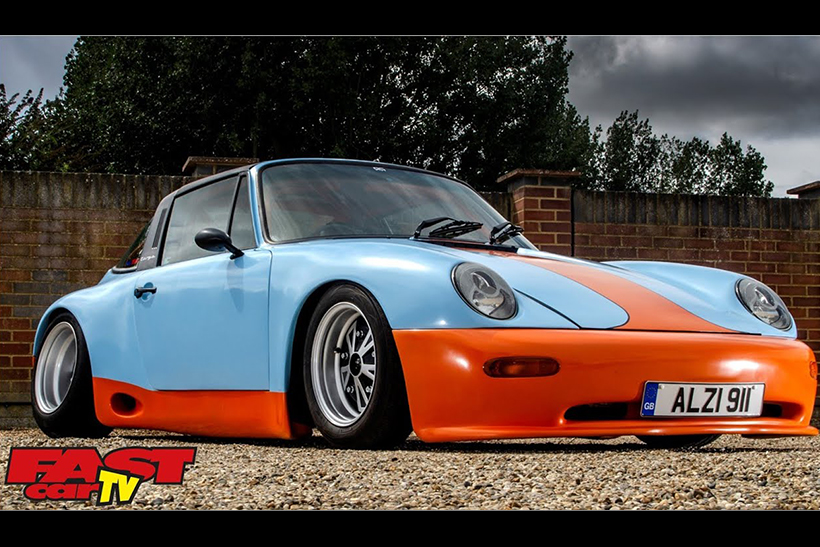 Welcome to Fast Car TV! With awesome builds, new products, tech talks and which cars we’d buy to modify, think of it as the magazine…but moving and talking. In this episode, Jules from Fast Car is joined by his boss, Phil Weeden, to discuss retro project cars for under £20,000, the future of car modifications and have a walk around this stunning, but weird, Porsche Beetle. Make sure you check out Ep18 here and don’t forget to subscribe to our channel!

Porsche ownership is a desire that most petrolheads feel. If you’ve not driven a Porsche, you might not get it. But get behind the wheel and suddenly you realise why this is THE sports car to own. For the owner of this weird and wonderful Porsche Beetle creation, that couldn’t be truer.

Underneath what appears to be a stunning Porsche 911 is actually a VW Beetle. Weirdly, though, the body is a genuine 1980 Porsche 911 Targa, but Martyn bought the car with all Ford running gear and a Type 9 gearbox, Escort rear axle and Capri front struts. Buying it blindly off of eBay, Martyn noticed a fairly obvious issue with it, the fact that when he turned the wheel, one would come off the ground…

Being a VW enthusiast, Martyn pulled the whole of the bottom of the car out, bought a 1969 VW Beetle and dropped the 911 body over the top of the Beetle.

This is a proper DIY build and we love it. Over lockdown, Martyn refreshed the look with £79 worth of graffiti paint to transform it into what you see now.

The boys also get chatting about what retro project cars they’d buy with a mammoth £20,000 budget. They also discuss the future of modifications; with more and more manufacturers turning their hands to the likes of ABT and various others with warranty-backed tuning, where does it leave the independent modifier?