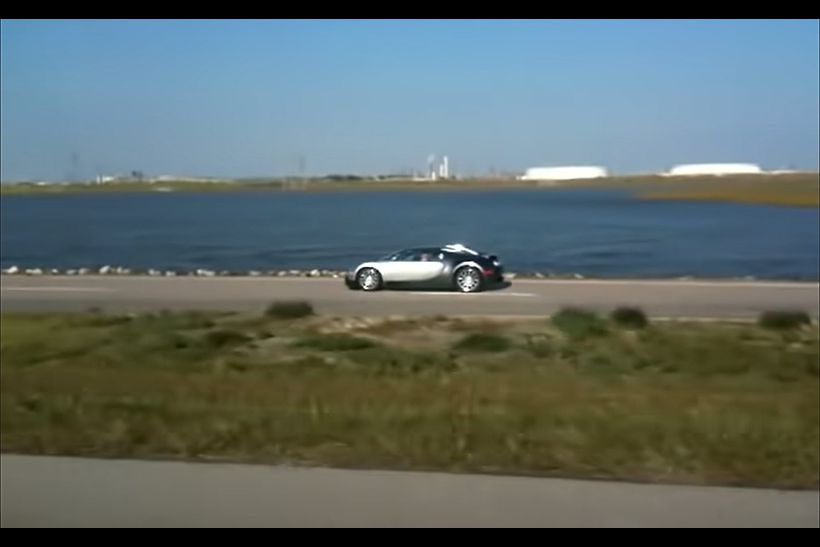 Here’s that infamous video to rejog your memory:

Those that followed the story after its flooding will know that the owner was involved in an insurance scam using the Veyron. He had claimed that a low-flying pelican was to blame for him veering into Galveston bay, what he didn’t expect was some meddling teenagers in another car to be recording the whole incident and place it on YouTube for the world to see. In short, no pelican was present and the Bugatti owner was charged with insurance fraud and sent to prison for a year and one day.

After this, the car changed hands a few times, selling for around the $350k mark each time, before finally landing in the hands of 29-year-old Houston Crosta, founder of Royalty Exotic Cars. If you’re in the know, he’s the man when it comes to Bugatti Veyrons…

After buying the car, which had been disassembled and had various other work carried out by a mechanic, the next step for Houston was to pay $100k to the mechanic who had worked on the car. In total, the bill was now at $400,000 for the work and the car.

Houston has now had the car for over a year, where it now sports purple paint, a new interior and a number of other new parts to get the car running again. So far, that bill has come to $250,000, but it’s still missing crucial parts, including the staggering $100,000 Burmeister sound system… While we’re on the topic of parts prices, it’s worth noting that when it comes to a Veyron, the prices are on another planet. The turbochargers alone come to a whopping $42,000 for example…

Ed Bolian of VINwiki, who also happens to be friends with Houston and knows a lot about restoring flooded vehicles, has shed light on the entirety of the car’s history in the below video. We’re happy that someone had the guts to get hold of the flooded Bugatti Veyron and give it a new lease of life and can’t wait to see the finished project.