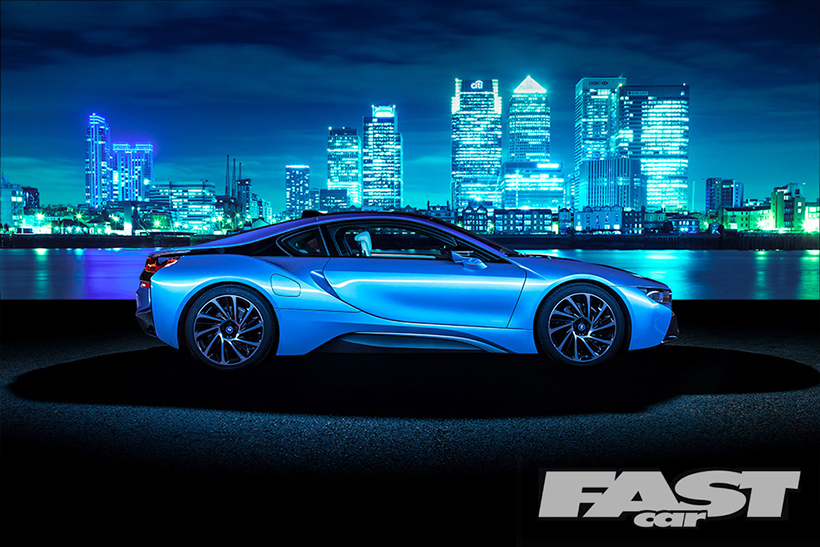 Electric vehicles are just for tree huggers and milkmen, right? Wrong, and we show you why…

There’s no doubt that, currently at least, hybrid or electric vehicles are the last thing on petrolheads’ minds. When mentioned it immediately conjures up thoughts of low emission, high economy cars that are far from exciting; let’s face it, a Toyota Prius or Nissan Leaf isn’t on any of our next car lists.

Like it or not though, the future of tuning is hybrid or even full electric vehicles, and not only are they far more capable and tuneable than you might imagine, but this futuristic tuning is already here… 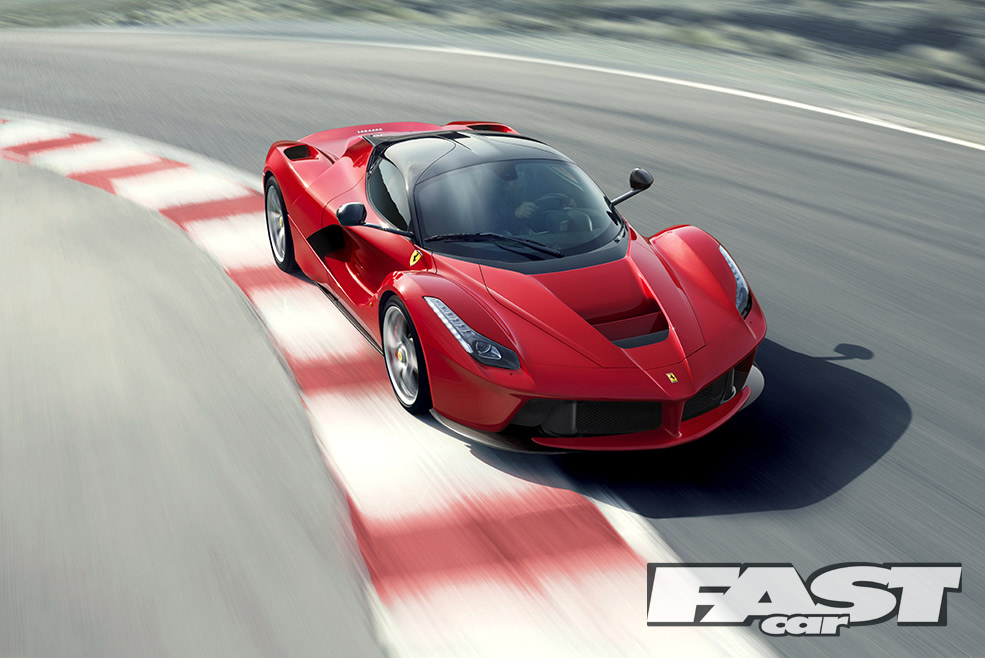 SO, WHAT’S GOOD ABOUT IT?
Well, let’s get something straight from the off; while it’s certainly possible, we’re not really talking about hotting up your nan’s old Honda Insight, as that’s just the same turd polishing you can do with a normal petrol car, and the results will be just as average. What we’re talking about here is getting hybrid or electric vehicles that are already decent performers, (some of which already exist and some of which will be hitting the showrooms in the near future), and making them seriously fast.

Ignoring the non-tuning advantages, such as economy and emissions, the big advantages of electricity are huge amounts of torque for their size, and instant maximum performance; in fact so much torque and instant performance that most electric engines are mapped to not give their maximum grunt at all times or they’d simply fry the tyres and scare the driver!

Tyre frying and driver terrifying sounds pretty good, doesn’t it? Well there’s a middle-ground between tree hugging zero emissions vehicles and undrivable, electric monsters too, and that middle-ground is ridiculously fast sports, super, and even race cars; and plenty of them already exist.

The Tesla Model S P85D is a sensible, subtle looking, luxury electric car. There are quite a few on the road in the UK in fact, but it does 0-60 in 3.2-seconds, and with the optional “Ludicrous Mode” upgrade, and yes it’s really called that, it does 0-60 in 2.8-seconds and pulls 1.1G on acceleration! 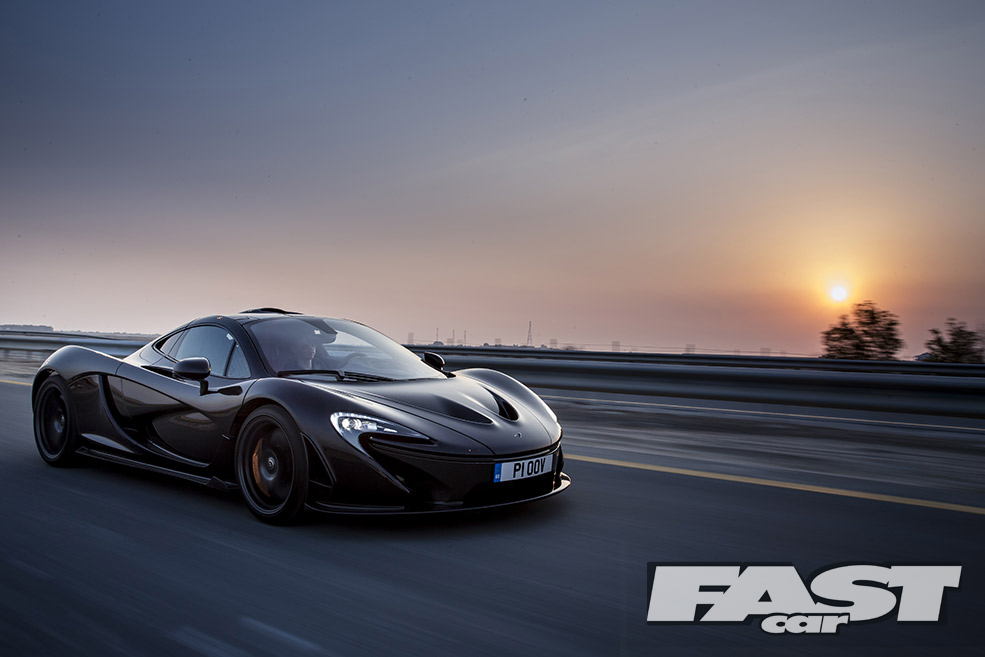 The McLaren P1 is about the most bonkers hypercar ever made, and that’s a hybrid, but not for emissions or economy, but for what they call torque fill. What this means is it uses the electric motor to give monster power and torque in the times where the engine and turbos aren’t making enough power on their own; giving you insane performance and instant response at all times.

It’s not only the P1 that uses an electric motor to supplement the conventional engine, the LaFerrari and Porsche 918 do too, and for one reason only; pure performance.

The ultimate form of tuning is top level motorsport, things like Formula 1, the Le Mans 24hour, and Pikes Peak Hillclimb, and while you might not realise it, electric power is already rapidly taking over every one of them. Every winner of the Le Mans 24hour since 2012 has been a hybrid vehicle, as, just like the aforementioned supercars, an additional electric motor gives the cars a serious performance boost.

Since 2009 some form of hybrid electrical setup has contributed to the ridiculous speeds of Formula 1 cars too, from the power boosts of the original KERS setups, to the current turbo engines where the electrical power is even used to help keep the turbos spinning hard; as a hi-tech anti-lag system!

What about the world’s most famous hillclimb, Pikes Peak? Well, guess what won it outright in 2015? A hybrid? Nope. A full electric car, which also happened to have 1368bhp and 1593lb/ft of torque! At Pikes Peak electric vehicles have another advantage too. While petrol engines lose power near the top of the mountain due to lack of oxygen, an electric motor is just as savage at the top as it is at the bottom.

Hopefully that’s enough to convince you that electric power will play a big part in the future of high performance, so let’s let you in on the tuning secrets that you’ll need to use, as hybrid performance tuning will be hitting the streets sooner than you might think… 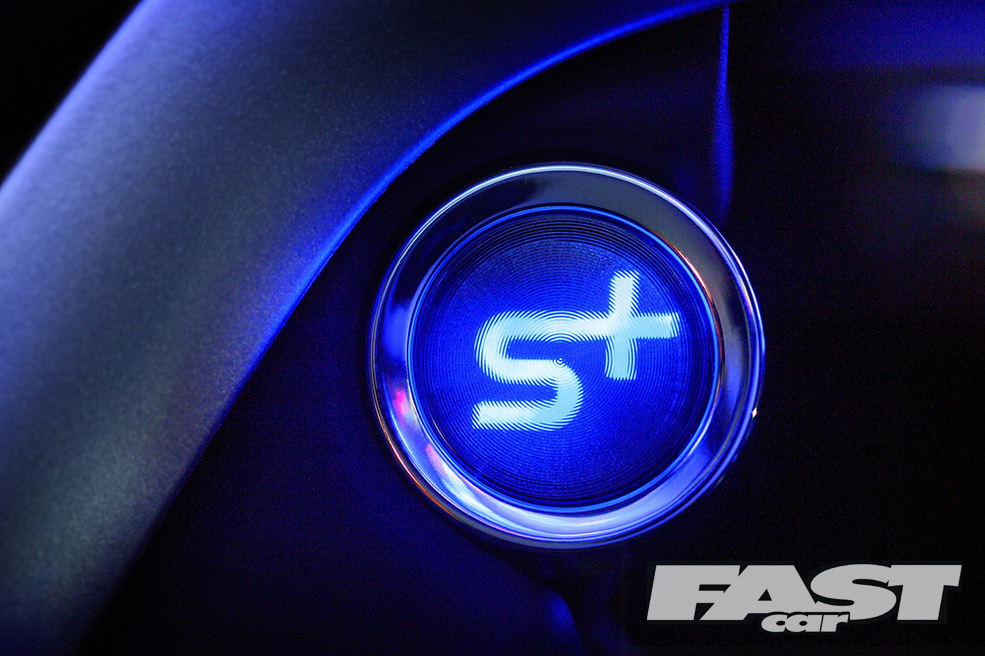 REMAPPING ELECTRIC MOTORS
Almost every hybrid or electric car is actually de-tuned from the factory to some extent, to tame the naturally instant power that electricity gives. On some cars, this is to prevent them from being too fast, but on most, it’s simply to make the power delivery gradual, smooth, and easy to control.

While us tuning fans all love the idea of an explosive power delivery that can turn even the stickiest tyres into tyre smoke, your average customer wouldn’t, so just like today’s production piston engines, electric vehicles leave the factory set up to be quite sensible and easy to use.

Thankfully, just like remapping a conventional turbo car today can turn something sensible in to a real animal, remapping electric motors to give a more urgent throttle response and full power delivery is possible, and will no doubt be the ‘Stage 1’ tune of the future.

ELECTRICALLY ASSISTED TURBOS
The concept of these has been around for around 20 years now, but so far they’ve only been seen on the latest Formula 1 engines, but once they finally hit the mainstream, they’ll be the most ground breaking improvement to turbocharging there has ever been. In a nutshell, it’s a conventional turbo, but with an electric motor in the core to help spin the turbo when exhaust gas alone isn’t enough.

The result is basically electronic anti-lag, keeping the turbo spooled up even when off throttle or at low rpm. Depending on the power of the motor will depend how effective it would be on any given engine or turbo size, but potentially it means you can run huge turbos on small engines while keeping great drivability, a win-win situation. 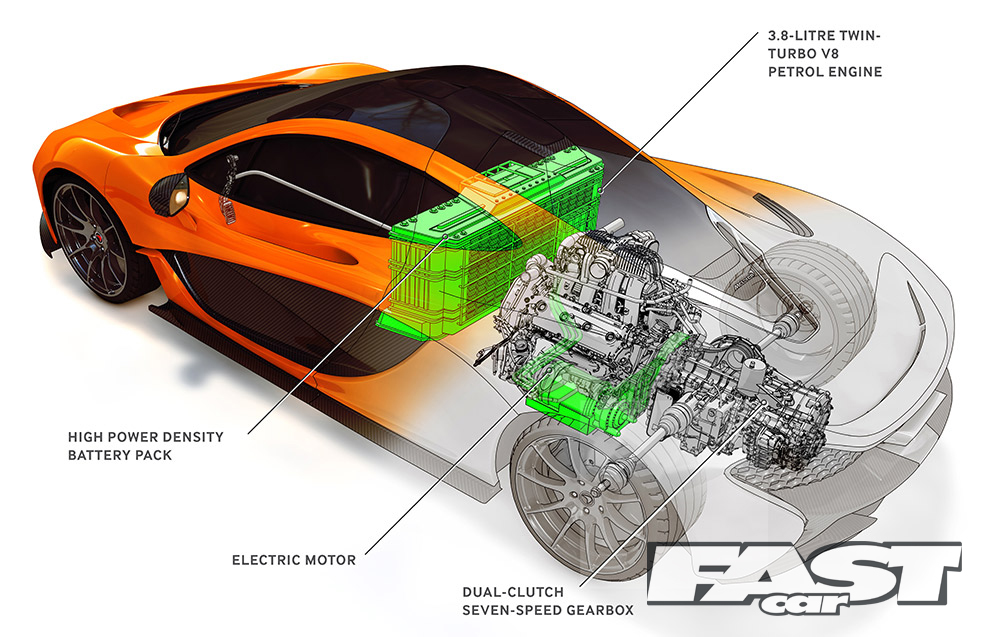 ELECTRIC SUPERCHARGERS
No, not those glorified hair dryer fans you can get shipped overnight from China that are all over eBay, we mean actual superchargers powered by electricity that are powerful enough to create serious boost. Just like electrically assisted turbos, this idea has been around for a long time, but they’re yet to be mainstream as it needs a more modern and powerful electrical system than typical cars currently have fitted.

It can and will work though, and we expect it will appear first on turbocharged production engines, giving them a boost in power at low rpm before the conventional turbo spools up.

BIGGER MOTORS, MORE MOTORS
Just like fitting bigger and more powerful piston engines, the future of tuning will see people fitting bigger and more powerful electric motors to their cars. Due to the way electric motors work, and the varying setups even on today’s electric and hybrid vehicles, this could well mean adding extra motors too; in fact you’ll likely see people doing 2wd to 4wd conversions by adding extra motors to power the other wheels! Like it or not, electric motors look like they will bring a whole new side to custom tuning… 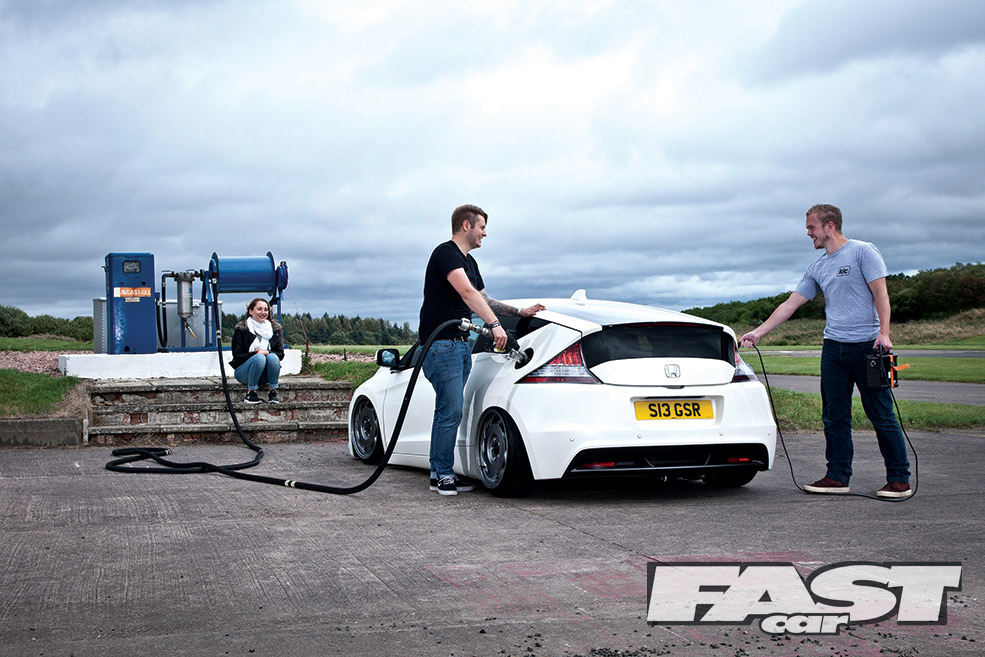 BEEF UP THOSE BATTERIES
The more power you make, the quicker you will drain the batteries, and even on today’s hybrids and electrics, many are set to not give their maximum performance due to the simple fact they’d drain the battery too fast if they did. With electric motors, adding bigger and more powerful batteries will simply be the equivalent of fitting bigger injectors and an uprated fuel pump to a piston engine is today.

DON’T FORGET CONVENTIONAL TUNING!
Until the day petrol and gas supplies run out, which is unlikely to be in our lifetime, conventional engines won’t be totally replaced by electric ones, just improved by them, so all the tuning we know and love today will still be relevant for years to come.

And even if we are talking all-electric vehicles, engine tuning is only one part of things, and everything else we already do to tune our cars, such as uprated suspension, brakes, better tyres, wider wheels, and so on, will all be just as relevant as it is now. 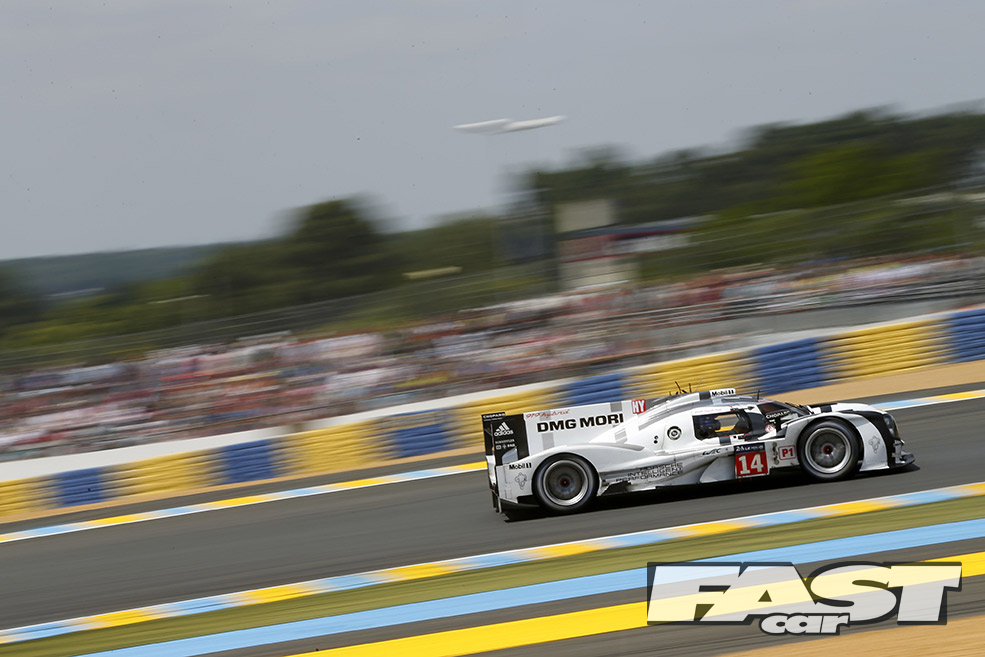 SO WILL ELECTRICITY SOON DOMINATE MOTORSPORT?
To some extent, it already does, but yes, in all honesty we think hybrids and even full electric cars will eventually take the podium in any that it’s allowed to by the rules. Take drifting for example. The ridiculous torque and instant lag-free response of an electric or hybrid vehicle is the perfect engine for competition drifting, and will no doubt become the new trend one day, just like V8s are today. While on the subject of V8s, the almost limitless power and torque potential of electric motors is ideal for drag racing too; especially as the battery life only needs to last a matter of seconds!