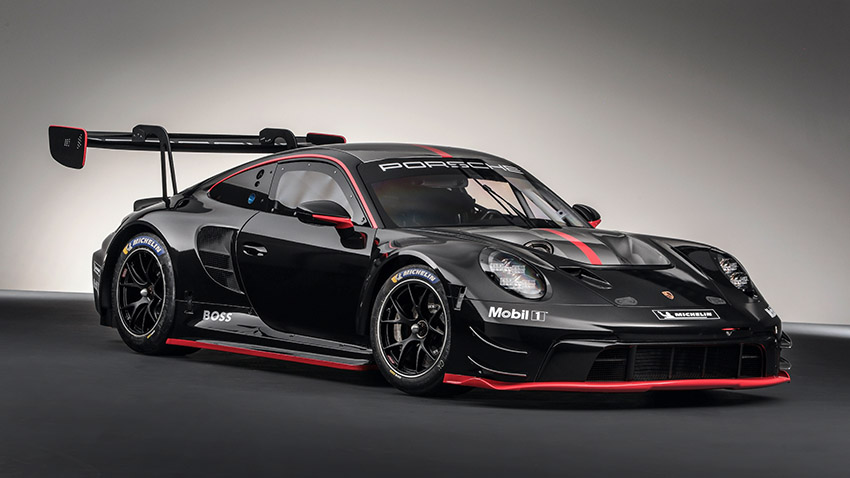 That power is sent to the rear wheels via a six-speed sequential gearbox that was originally found in the GT3 cup car.

According to Sebastian Golz, the 911 GT3 R’s Project Manager, the goal was to create a race car that was easier to drive, and more durable. “For us, it was primarily about our customers being able to drive the racing car fast for longer. This requires durability and that’s why we focused predominantly on improved driveability.” 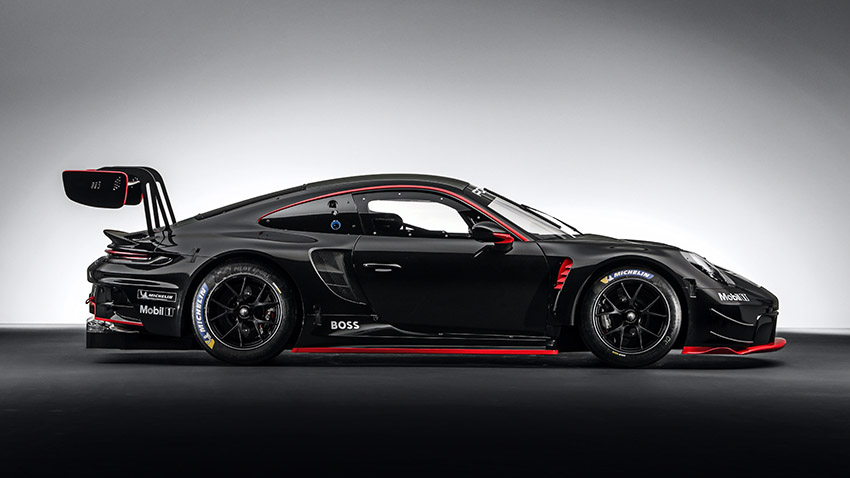 With that in mind, the engine’s performance has been optimised across the rev range, rather than increased overall. And the number of hours between engine work has been increased from 60 hours to 70 hours.

On the chassis side of things, the new car gets double wishbone suspension at the front, taken over from the 992 car, plus refined, five-way adjustable coilovers from KW. It also benefits from a 48mm wider wheel base over the previous race car. Porsche has also moved some of the weight of the car forward, and borrowed parts from the RSR all in the pursuit of making the GT3 R easier to drive fast.

If you want to get geeky, Porsche has gone as far as to tilt the engine 5.5 degrees to allow for more diffuser room. Its incredible wide body has been constructed to reduce the effect of dirty air from cars in front of you on track, with improved aerodynamic stability. 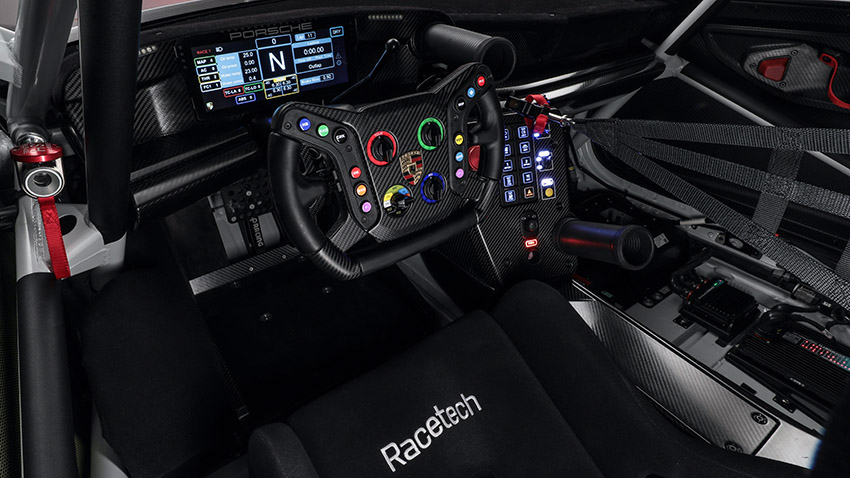 The price for all of this is a whopping £430,000, or €511,000. But given its specification, owners will be eligible to compete in a handful of race series from the Nurburgring Endurance Series to the IMSA WeatherTech Sportscar Championship with LMDh cars, and even Le Mans in 2024.

In true Porsche fashion, there will be an abundance of options buyers can specify on their 911 GT3 R, although we’re not sure you’ll get the fancy cupholder… 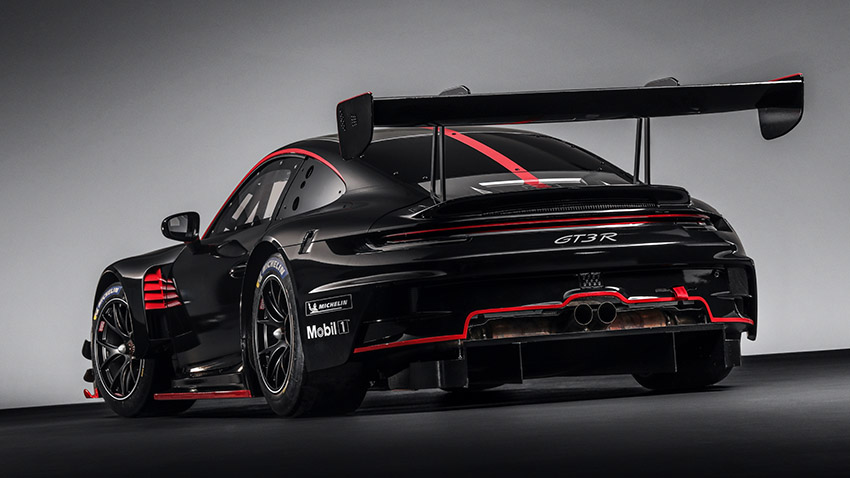