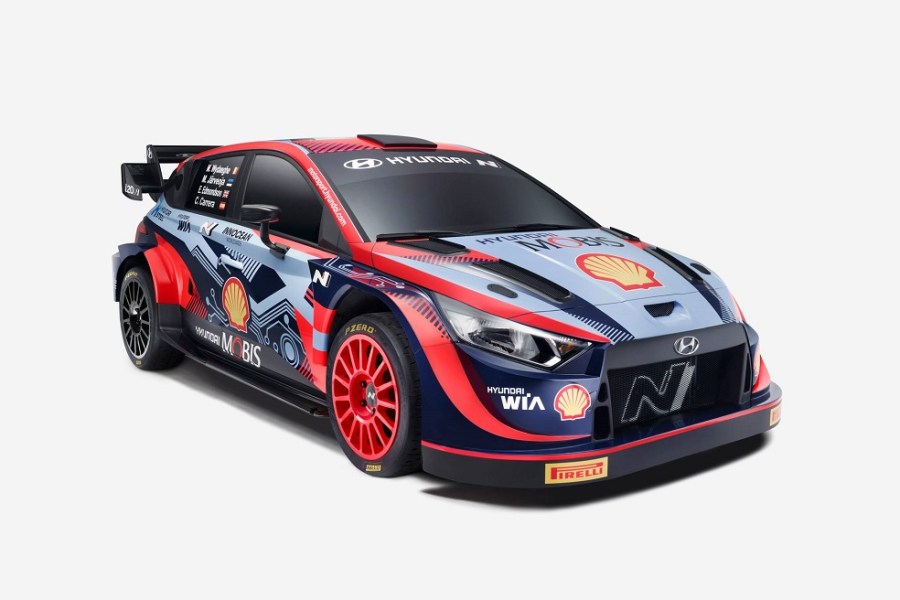 Hyundai has become the first manufacturer to fully unveil its 2022 WRC contender in the form of the I20 N Rally1 car featuring hybrid technology.

WRC is changing. While the 1.6-litre turbocharged four-cylinder engines remain, they will be assisted by a 100kw electric motor, transforming the internal combustion engine into a hybridised motor. Believe it or not, the engine is about the only thing carried over from the 2021 cars, with Toyota, M-Sport Ford and Hyundai all having to design and construct all-new cars for the new season.

Rally1 cars, as they will be called with the new 2022 regulations, are all required to use the hybrid power and are constructed around a new steel spaceframe chassis that is said to be safer all round. As a result, cars are now 70kg heavier, have reduced aerodynamics (roughly 15%), alongside less suspension travel and the removal of trick centre differentials that has made the 2021 cars some of the fastest WRC machines since the Group B era.

Piloting the 2022 Hyundai I20 N Rally1 cars will be Thierry Neuville, Ott Tanak and a combination of both Oliver Solberg and Dani Sordo; although Solberg is expected to compete in the majority of the 13 rallies throughout the championship.

M-Sport Ford and Toyota are expected to reveal their challengers in full this January 15.