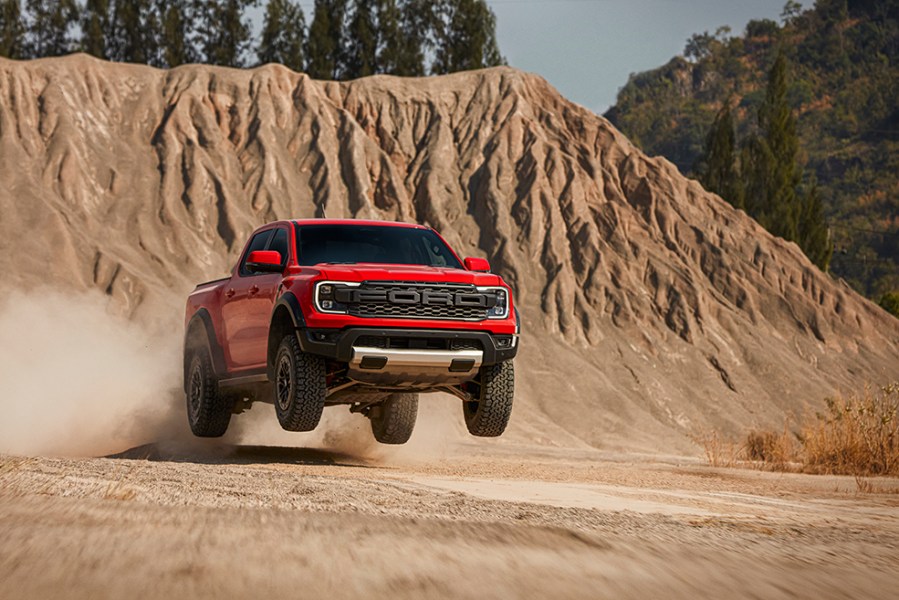 Packing 284bhp, an anti-lag system from the Ford GT and an active exhaust, no this isn’t a new hot-hatch, it’s the new twin-turbo V6 Ranger Raptor.

The one thing the first generation Ford Ranger Raptor was missing was oomph. Unfortunately, the meesly 2.0-litre diesel engine cooking up 210bhp didn’t live up to what the Raptor namesake stands for. Thankfully, Ford has upped the ante and brought in a 3.0-litre twin-turbo V6 EcoBoost petrol engine to power the all-new Ranger Raptor. This means that you’ll get 284bhp and 309lb.ft of torque, up 74bhp on the older generation car. And while you’ll have to make do with the same gargantuan 10-speed automatic gearbox, Ford has retuned the profiles with performance in mind. 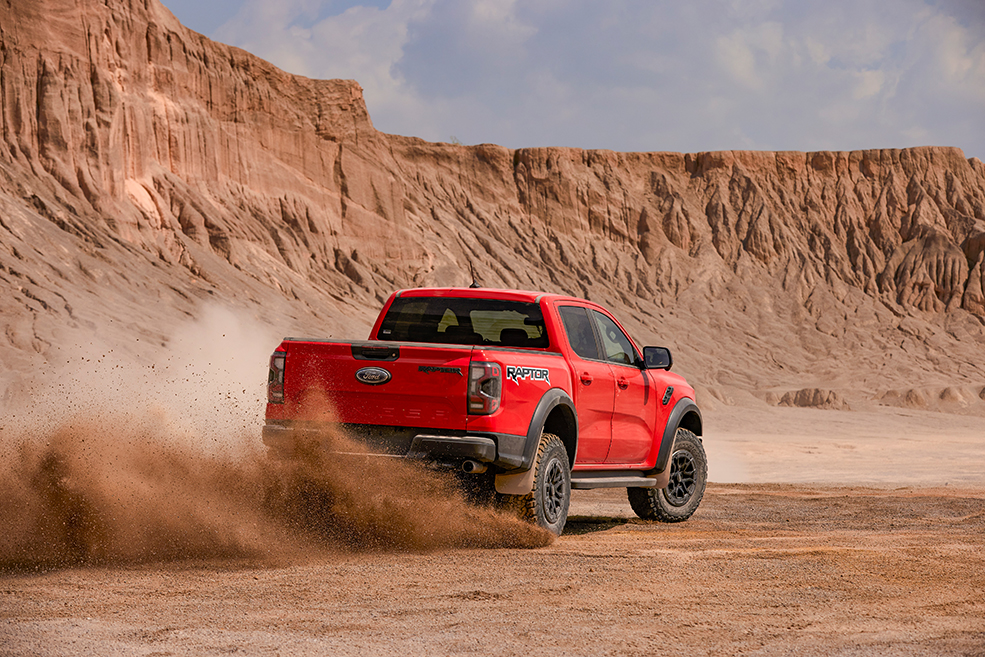 Ford hasn’t just chucked in a bigger engine and ferried it off to showrooms and called it a new model, instead it’s brought with it some impressive technology in the form of anti-lag. Yes, the system you’ll find on WRC racers, as well as the system that was implemented on the Ford GT supercar. Yes, in your Ranger Raptor, awesome right? What that anti-lag system does is keep the turbos spooled for an extra three seconds after lifting from the throttle, thus keeping hold of prescious boost for instant performance. 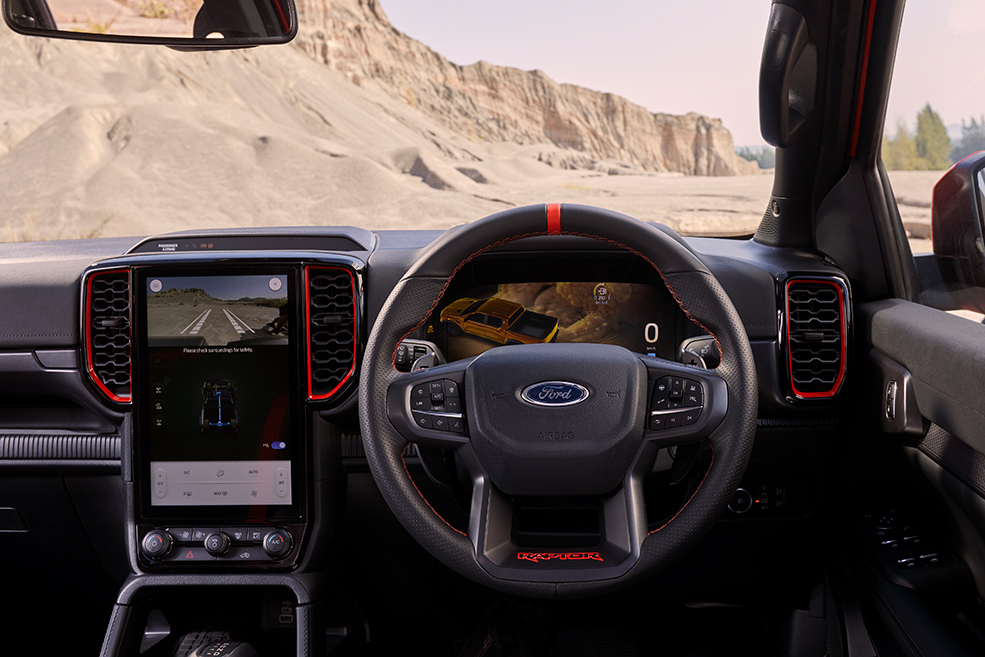 Also new is an active exhaust that has four settings, one for keeping the peace, another for disturbing the peace and two others we suspect sit somewhere in the middle, the day-to-day modes if you will. Inside you’ll find a 12-inch touchscreen system like in the Mustang Mach-E. 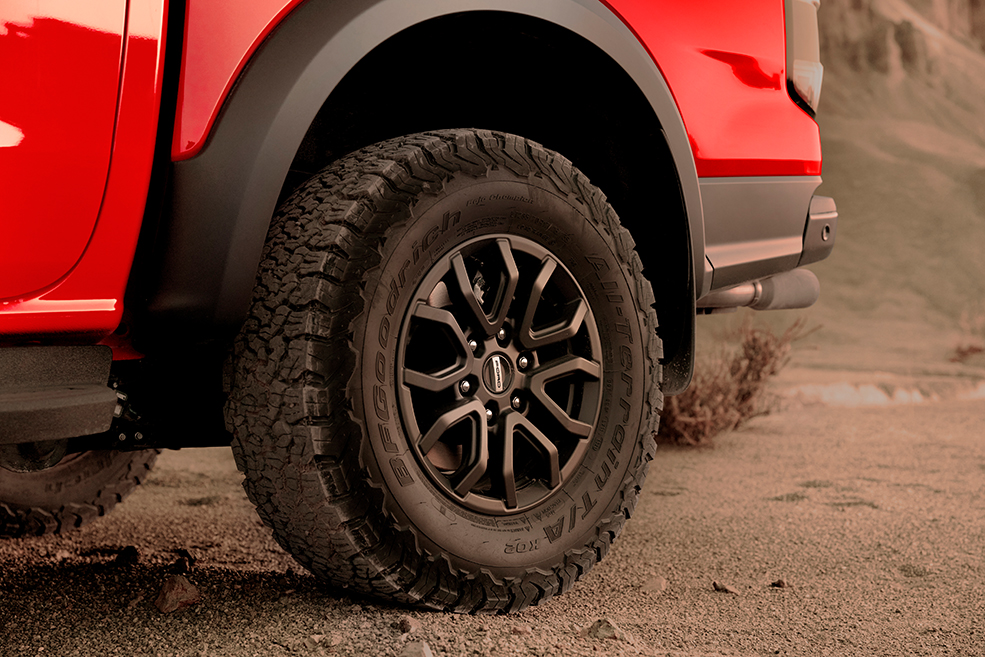 In order to allow drivers to continue off-road adventures including jumping their vehicles, Ford has beefed up the chassis with new aluminium control arms, upgraded Fox dampers and further reinforcement. Best of all? There’s a “Baja” mode. Put simply, selecting this optimises the car for high speed travel over rough terrain and opens up the exhaust valves. Not sure anyone in the UK will use this feature to its full potential, but we do hope so!

The new Ford Ranger Raptor is now available to order in the UK, with prices starting from £57,340. 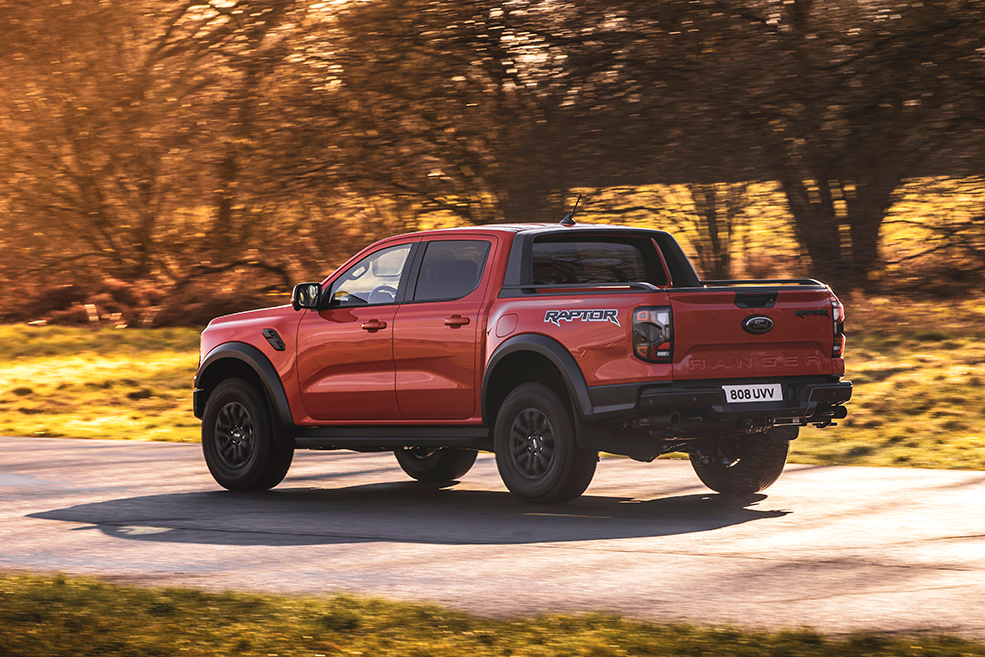