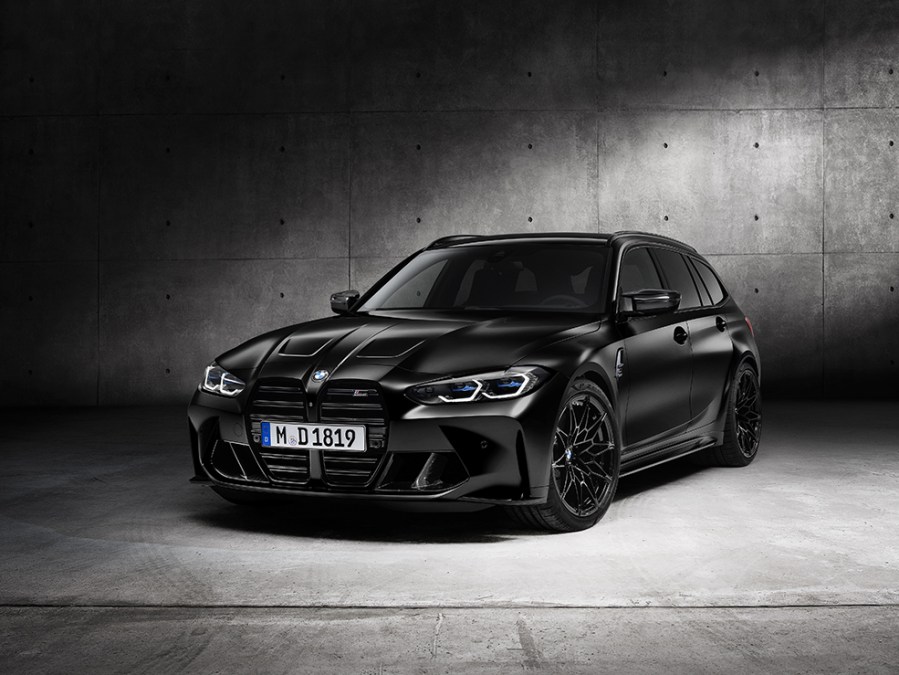 It’s been a long time coming, but the new BMW M3 Touring is finally here and represents the first ever M3 estate. Still want that Audi RS4?

As far as fast, aggressive estates go, Audi has had the market pretty much to itself for the past few years with both the RS4 and RS6. But now BMW is here with its new M3 Touring, things could be about to change.

Under the bonnet you’ll find the same S58 engine that powers the BMW M3 Saloon and M4 Coupé, meaning it’s a 3.0-litre, twin-turbocharged six-cylinder that produces no less than 503bhp and 479lb ft of torque (available from 2,750rpm, but dies out after 5,550rpm). 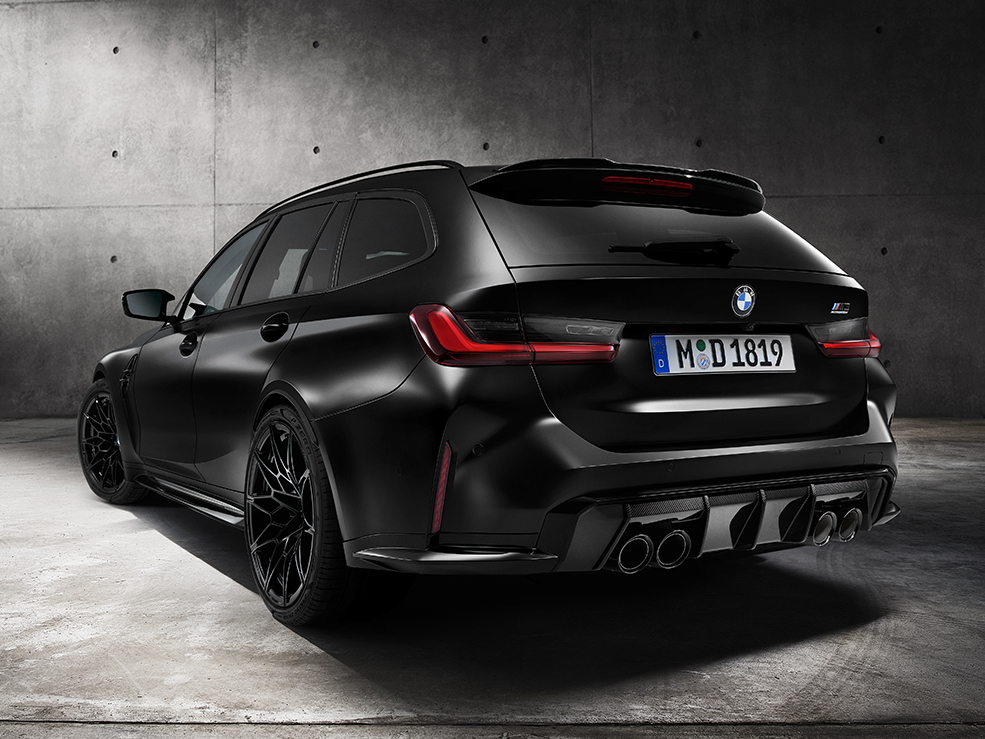 The only specification you can have the new BMW M3 Touring in is Competition, which is the right spec. That means you get the higher output engine, as well as M Division’s xDrive 4WD system, helping it rival Audi’s RS estates all year round. No manual option, as you’d expect as no one would buy it, instead you get the same M Steptronic 8 speed automatic gearbox.

The result of 503bhp and a sophisticated xDrive system without the need to manually change gears means 0-62mph comes in at a monstrous 3.7 seconds, or so BMW says. Of late, it’s xDrive models have been churning out closer to 3.2 seconds to get to 62mph from 0… Top speed is 174mph with the correct options ticked, otherwise you’re capped at 155mph. 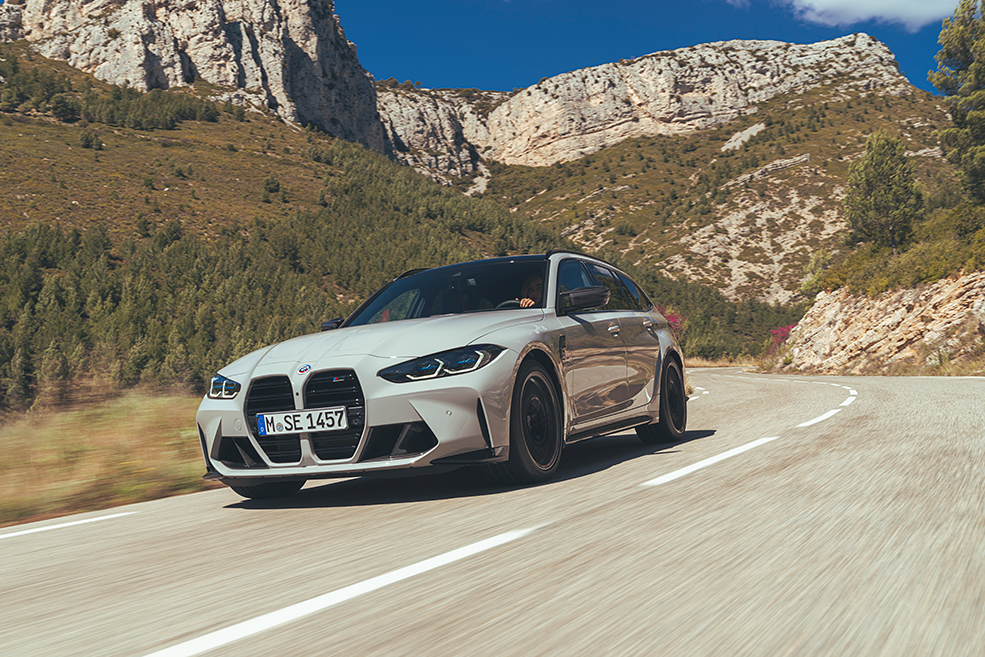 Surprisingly, despite the extra packaging, the new BMW M3 Touring weighs just 25kg more than its saloon brother (1755kg vs 1730kg). That extra weight sits at the rear and comes about thanks to the extra strengthening needed to keep the chassis rigid, rather than cosmetic changes. To counteract the extra weight gain, BMW has opted for slightly stiffer springs and dampers at the rear of the car. 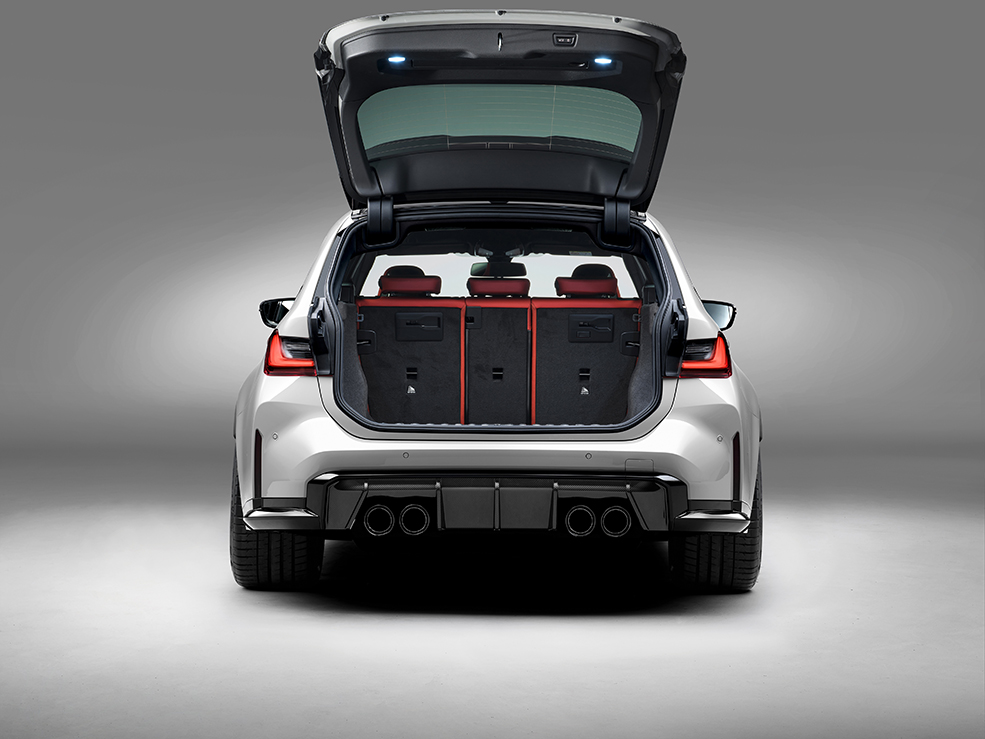 On the topic of the chassis, as with the saloon, the M3 Touring gets variable ratio M Servotronic steering with Comfort and Sport modes, Adaptive M suspension, the M Steptronic with three settings for both manual and auto modes, the M Mode button with Road, Sport and Track presets for the driver assistance, powertrain options and two settings for whichever brake setup you go for. 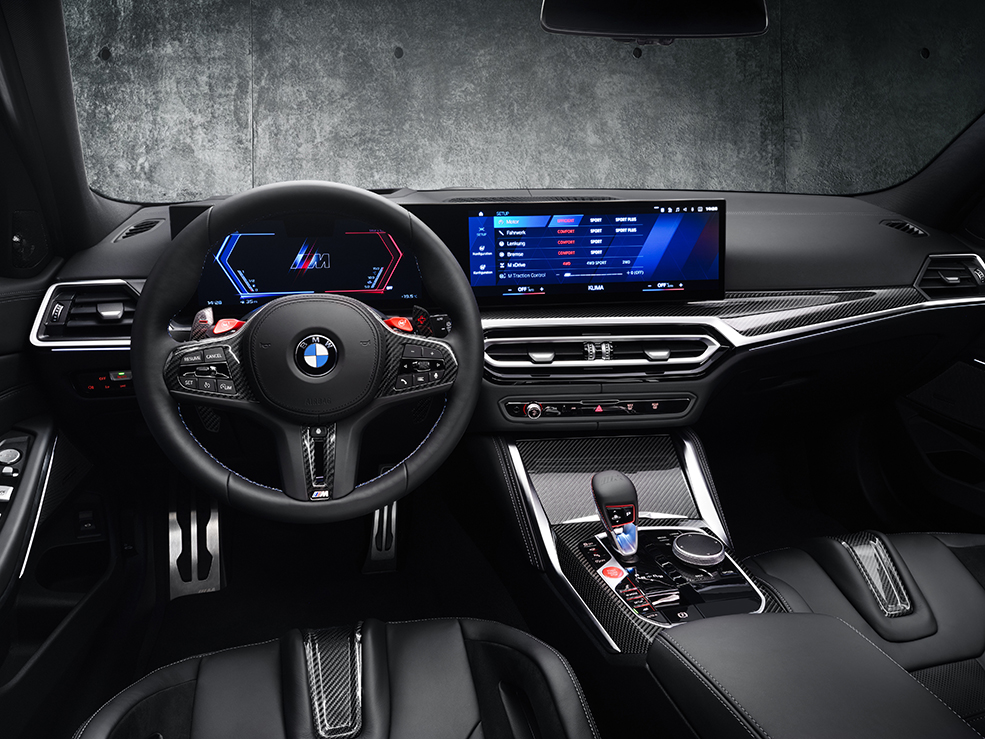 Inside, it’s more of a case of business as usual, being almost identical to the BMW M3 Saloon. The only difference here is that earlier M3 Saloons made do with an older infotainment sysem, while this new BMW M3 Touring and saloons from now on will include BMW’s new system found in the iX and i4. That means a 12.3 inch BMW Curved Display for the driver and a bigger 14.9 inch infotainment screen in the centre; both of which are now connected for 27 inches of glass dash.

Those interested in using this to its full potential will be pleased to know that at the rear, the boot will hold 500 litres of luggage, almost identical to that in the Audi RS4. Fold the seats down and that extends to 1500 litres. So it’s mind-blowingly fast as well as practical. 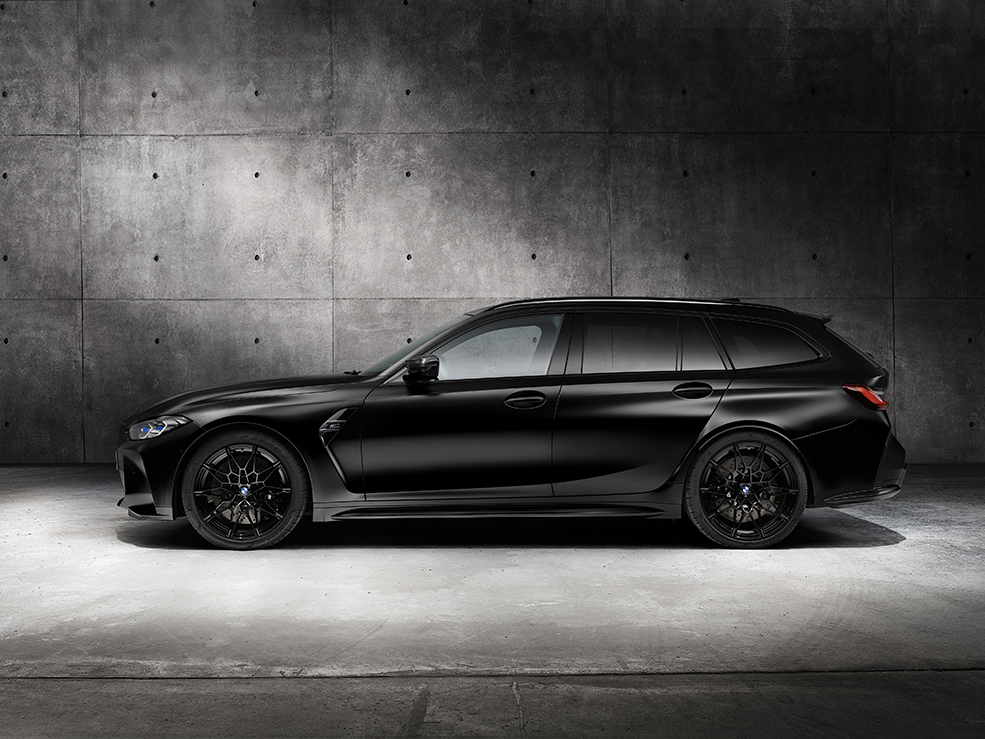 The new BMW M3 Touring doesn’t come cheap, although does undercut the saloon variant slightly, £80,550 vs £80,970. Sales start in September, with deliveries expected in 2023.