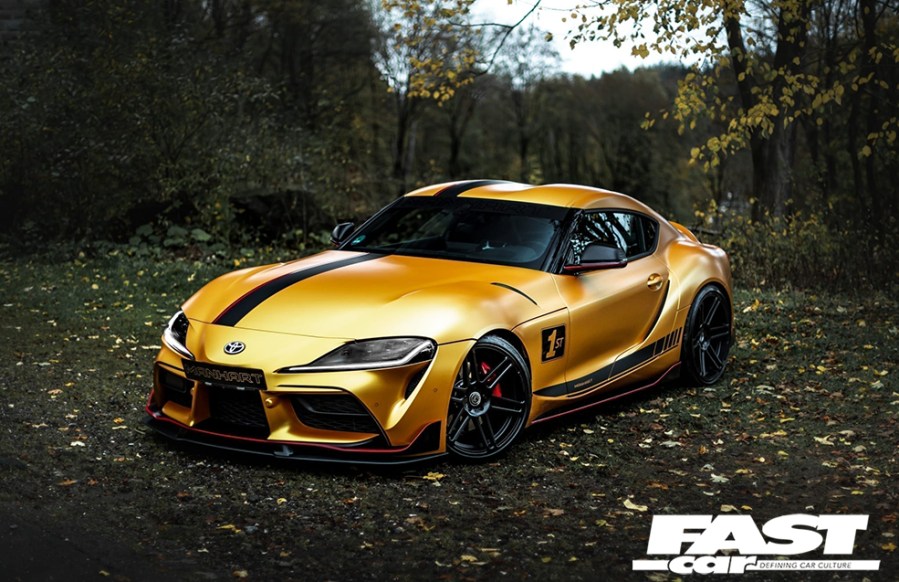 Manhart is no stranger to tuning BMWs, and as we all know the majority of the Toyota Supra GR is BMW, it meant that Manhart could turn its attention to the legendary Supra.

While the specialists from Wuppertal unveiled an optimized version of the Japanese two-door model for the first time about six months ago with the Supra GR 450, it is now adding another: with the Manhart Supra GR 550. As usual, the numbers in the designations stand for the performance. The 3.0-litre, in-line six-cylinder (B58) now produces 550ps (542hp), an increase of around 207hp over the standard car. 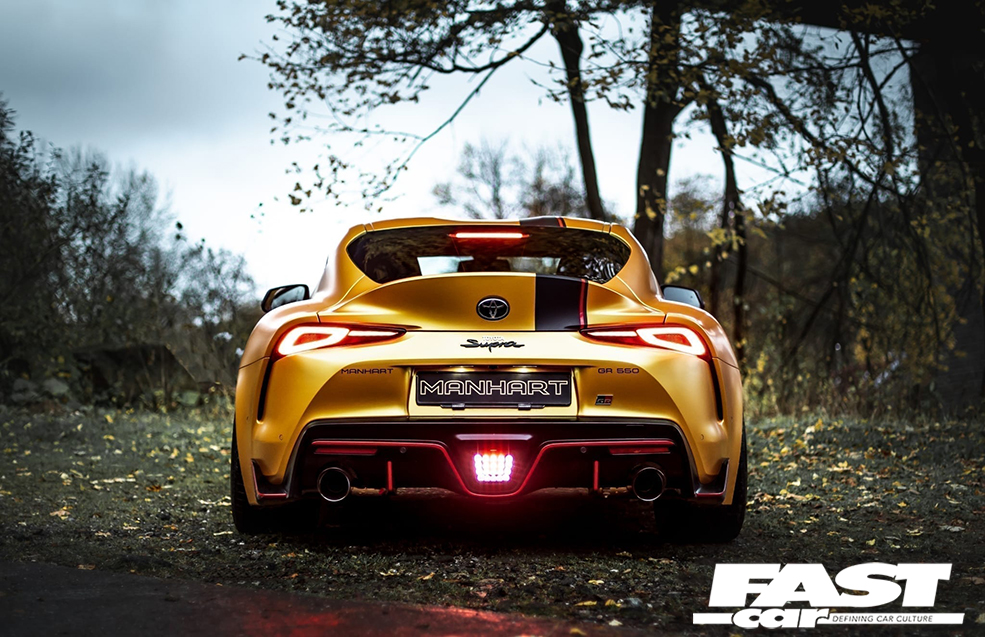 The maximum torque increases at the same time to up to 568lb ft thanks to a TTE 685 turbo upgrades. 770 Nm (series: 500 Nm). A more powerful Manhart radiator kit by Wagner Tuning was also installed under the hood. In addition, there is a Manhart exhaust system by FI Exhaust and sports downpipe by Wagner Tuning.

In keeping with its power, the Manhart GR 550 has a dynamic look with in-house Concave One wheels finished in satin black measuring 9×20 and 10.5×20 inch front to back. 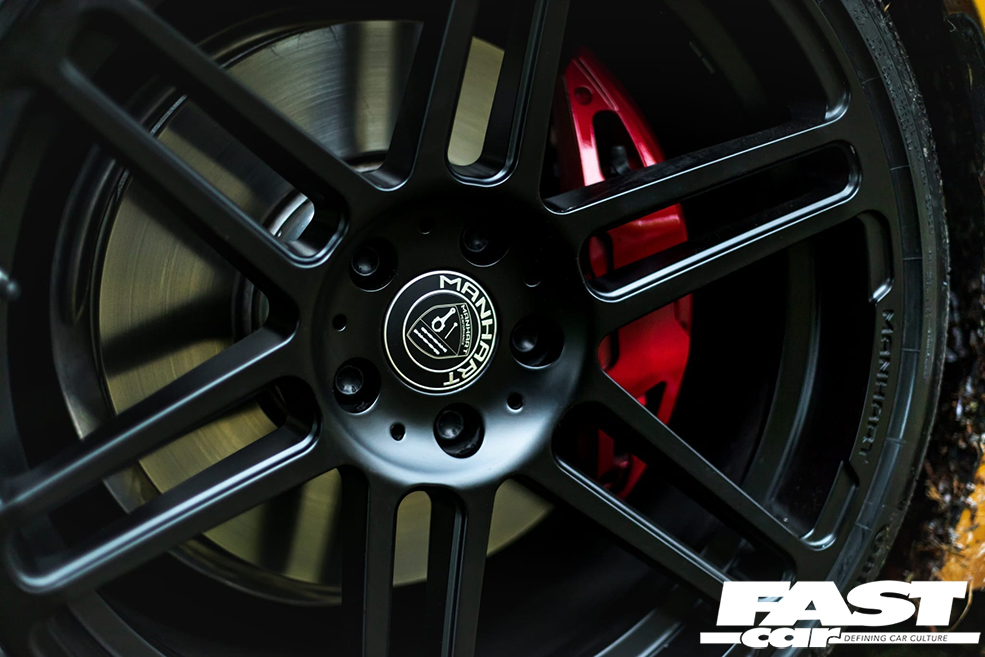 The matte foiling in Manhart-typical golden yellow, which is provided with decorative stripes in black and fine red accent lines, forms a strong contrast. At the front, an AC Schnitzer lip spoiler helps increase visual drama as well as H&R lowering springs.

Want the power upgrade? That comes in at around £8840. For this, that includes the TTE 625 turbo, the Wagner Tuning Radiator, Manhart charge pips and a Manhart carbon intake. The electronically-controlled valved exhaust comes in at £4000, while the sports cat downpipe comes in at just over £1300. The wheels? £1950. Combine that with the AC Schnitzer lip at £800, the H&R springs at £293 and the decals and gold wrap (£3090) and suddenly the sum of all these upgrades costs just over £20,000… But it looks awesome, doesn’t it? 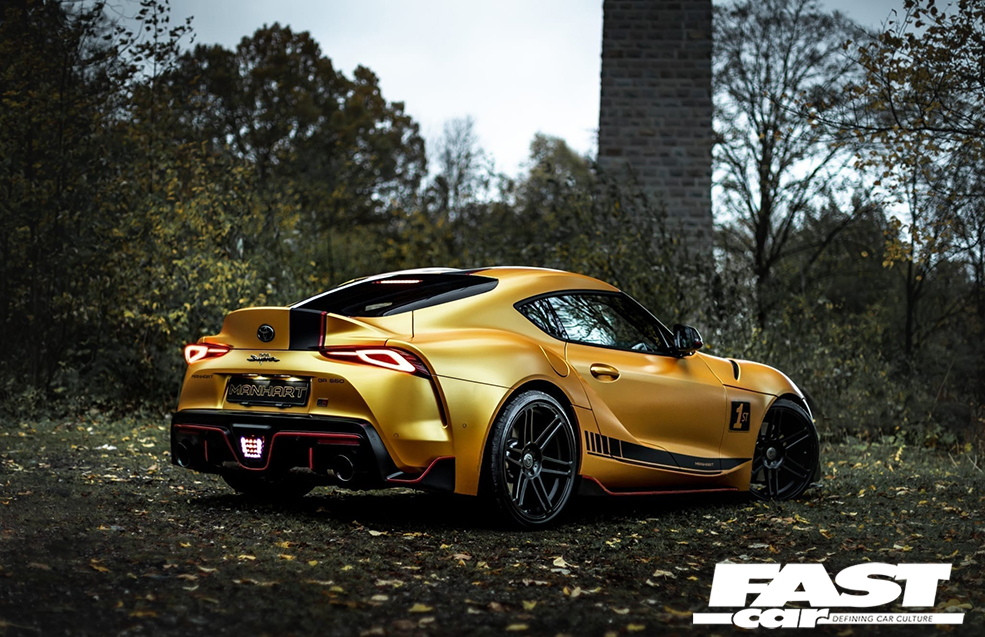