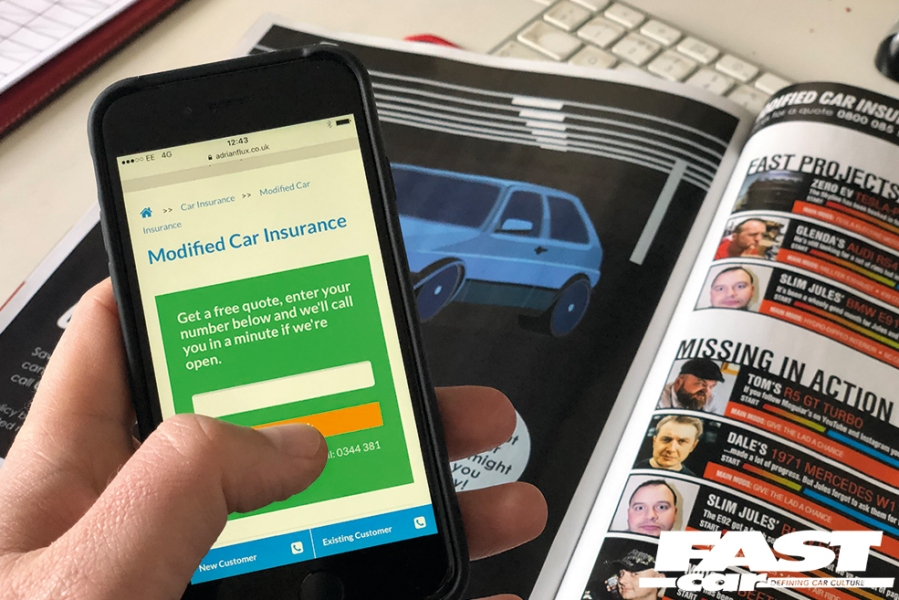 Power issues, insurance premiums and being stuck in the white stuff…

It’s hard to believe as I sit in the sun, drinking coffee and writing this, that just a few short weeks ago the country was covered in snow. I know many people are not fans of the white stuff, but I love it. Especially as I’ve got an RS4, quattro power and the driving skills of Stig Blomqvist (you wish – Jules). Well maybe not.

Therefore, imagine my delight as I jump in the Avant, turn the key and press the push start to be greeted with nothing but silence. Yep. It seems my battery had other ideas.

Balls! Luckily for me though it takes more than a bit of bad weather to stop the guys at the Battery Megastore, who assured me a new battery would be at my door the following day, all ready to be hooked up. And it was. But then I guess that’s why they’re the UK’s number one online battery retailer. It was just a shame the snow had already melted by then. Sob. Maybe next year…

Another thing that meant I wasn’t going anywhere fast was that my insurance was up for renewal. And as Sheriff John Bunnell would say: “The only place you’re going with no car insurance is the slammer!” With my pretty face, that’s not a place I want to visit. So I did the sensible thing and got on the blower to Adrian Flux.

Last year was my first time getting insurance for the RS4 so I rung around. But it was a waste of time. So this year I tried
a select few, but none of them could beat Adrian Flux on either the quote or service.

It has to be said, there’s something nice and reassuring about talking to an insurer that understands performance and modified cars. So a big thanks to Christopher Poynter at Adrian Flux. He made sure I left with an agreed value for the RS4, a protected no claims bonus and all my modifications were declared and covered. Also, he sorted out a great deal that means I can pay my premium in 10 monthly instalments rather than one big chunk and it wasn’t that much more expensive either.

And that’s good news for me, as it means I can finally start looking at sorting out some new wheels and planning a visit to Revo for some more power. Lovely!