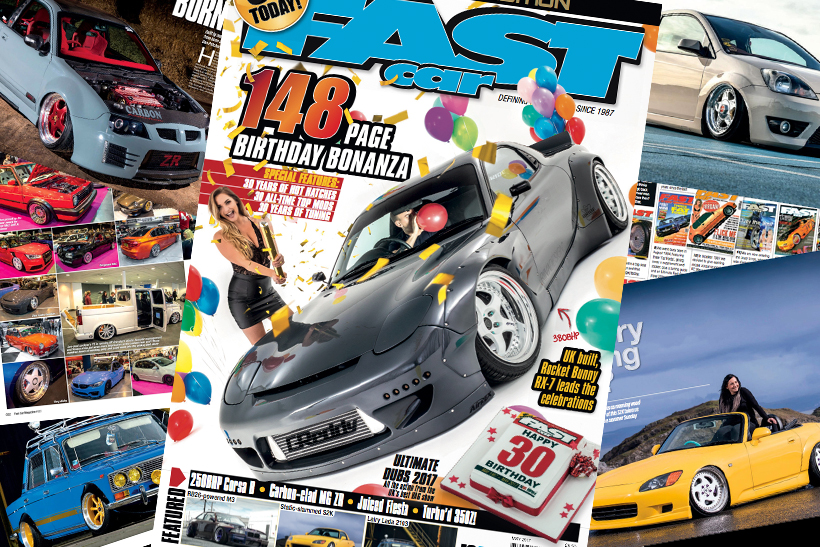 Some pretty big stuff happened 30 years ago. Dirty Dancing was released, the construction of the Channel Tunnel started and, more memorably still, Rick Astley was banging out Never Gonna Give You Up. But all of that pales into insignificance. Because without doubt the biggest event of 1987 was Fast Car magazine hitting the news-stand for the very first time.

And who would have thought that 30 years on, we would still be making the magazine that defines car culture?

It’s been one hell of a journey: we started out in a small office in Orpington, moved to a bigger one in Bath, then returned home to Kent in 2014. So much has changed in the world in that time. It’s hard to comprehend how long 30 years even is. Christ, in 1987 I was six years old and most of you probably weren’t even born!

In publishing terms, Fast Car is what’s technically known as bloody old. Many other car magazines have been and gone, victims of the digital era, credit crunches or being a bit rubbish. But we’re still here, doing what we love most – messing about with cars.

That’s who we are. We might make the odd grammatical howler and we’re certainly not everyone’s cup of tea. But the people behind Fast Car are the same as you – car nuts with a massive appetite for modifying (and cake).

This magical adventure wouldn’t have been possible without the people who have supported it for the past three decades. Yes, we are talking about you, our lovely readers – and our advertisers, too.

So please join us in celebrating the success of Fast Car by grabbing yourself some cake, a flute of champagne and getting stuck into this 30th Birthday Special. It’s down to you that all this has happened, after all!

Here’s some of what’s inside…