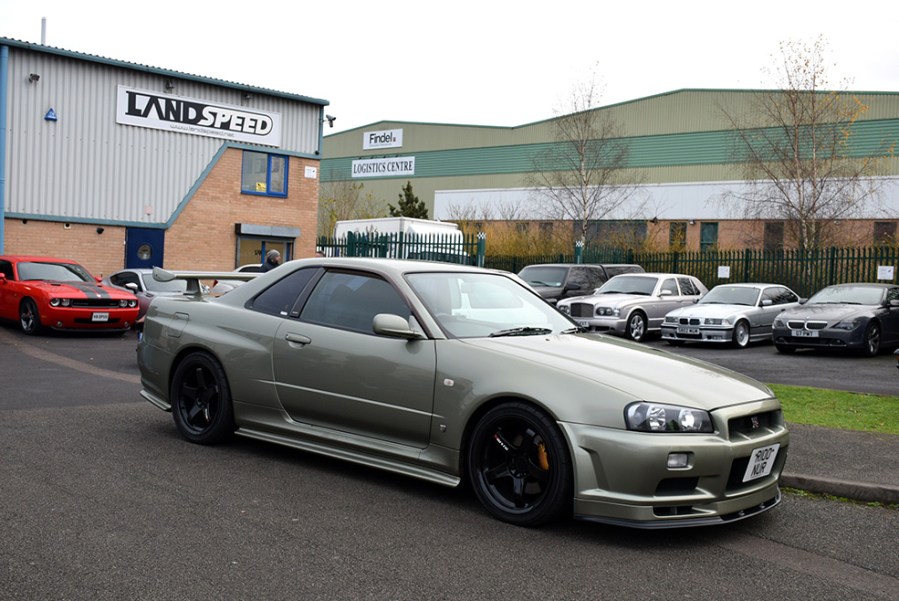 Planning, preparing for and running a car show in the UK is a brave undertaking at the best of times, not least as the weather, pretty much the arbiter of success as far as most gatherings, meets and shows are concerned, is so damn unpredictable! Organising a car show in the depths of the British winter, a mere 3 weeks before Christmas? Well, that’s just tempting fate and downright foolhardy, isn’t it? No, as it turns out, at least as far as LandSpeed‘s sophomore car show, Cars, Coffee & Christmas Cake (CC&CC), was concerned.

LandSpeed might be less than a year old, yet the Nottingham-based retro, performance and modified car specialist has managed to carve itself an enviable niche, one partly garnered thanks to excellent levels of attention to detail and customer service. It also doesn’t hurt that LandSpeed is the new home and shoot location for Salvage Hunters: Classic Cars on Quest, a new show that sees MD Paul Cowland team up with Drew Pritchard to hunt out appreciating and cult classic cars, something which no doubt helped word of the event spread far and wide.

The other aspect of LandSpeed’s success? Possibly the firm’s willingness to throw open its doors to the great and the good of the East Midland’s modified car community, with CC&CC being the second gathering this year.

The LandSpeed crew were rewarded for their bravery, as the Sunday of the show dawned bright, crisp and clear, ideal mid-December car show conditions. It no doubt helped that everyone associated with the project had pulled out all the stops in readiness for the occasion, with the clearest evidence of this being a large, fully stocked catering van doling out free coffee and bacon rolls to the first 150 or so folk to extricate themselves from bed and make the pilgrimage. Somewhat predictably said van was ‘packed to the gunwales’ within half an hour of the show’s official opening time of 10am, and it remained that way until well into the afternoon, proving that it is possible to brave the British winter and win, you just need a hefty dose of caffeine and pork beforehand.

Bacon and coffee (plus enough Christmas cake and mince pies to sate even the most ardent of festive-philes) might have been flowing and much appreciated by all, but the catering was always destined to play second fiddle to both the calibre, variety and quantity of cars which eventually turned up, not just for a winter car show we might add, but for any car show, full stop.

A fair assortment of metal had pitched up at the LandSpeed HQ (just outside the centre of Nottingham, don’tcha know) by 10am, with an AMG-kitted Mercedes 190E sharing space with a mean ‘n’ moody Plymouth Valiant and a beefy looking MGB, complete with a fully ‘charged MX5 engine! News of free bacon and Christmas confectionary spread fast, and within an hour almost every available space was occupied with an interesting car of some kind or another, with the likes of a Mazda B2000 pickup on air-ride, a V8-shod Morris Minor, IROC Camaro, Saab 900 Turbo T16S, Mäkinen edition Mitsubishi Evo V, Jaguar F-Type and even an R34 Nissan Skyline GT-R! Eclectic really doesn’t begin to cover it, and it really is no suggestion to suggest that ever major automotive subculture was represented in some form or another. Over 100 cars made it with almost 200 people turning out to meet their fellow petrolheads and talk nonsense about cars.

By 2pm it was all over; the biting cold and the allure of a Sunday afternoon spent in front or a fire of some kind had beaten back even the most intrepid of car fans, but not before CC&CC had been declared an unqualified success by all who attended. Suffice it to say, LandSpeed is looking to put on more events in 2018, so watch this space.