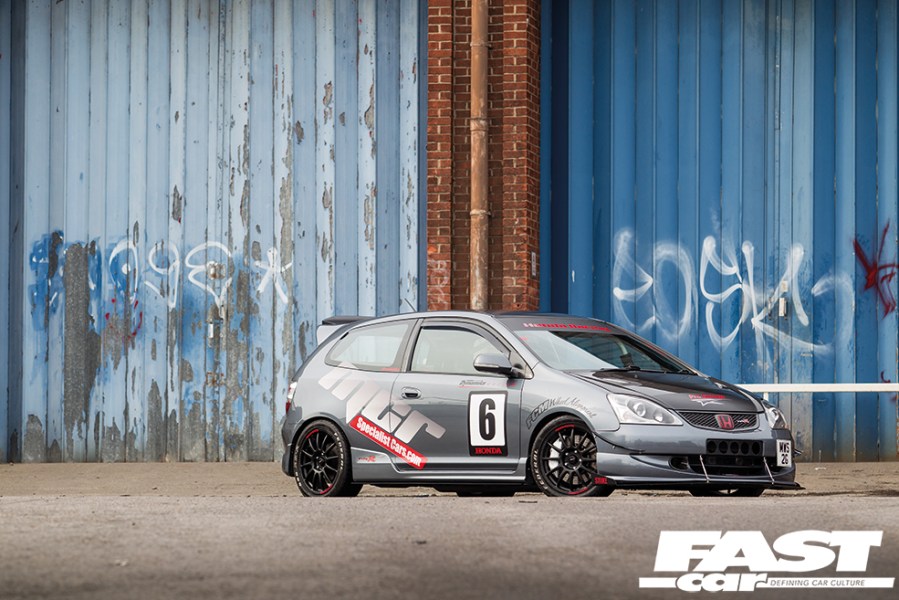 The more track action Matty Stevenson experienced with his track built EP3 Civic Type R, the more overwhelmingly addicted he became. And the end result is quite possibly the closest thing you’ll ever find to a touring car with number plates…

Addiction: a word that’s almost always linked to negative connotations in our modern world. But what about if our human nature of becoming obsessed with certain things actually sometimes ended up with a positive outcome?

High-voltage electrical manager Matty here puts forward a remarkably good argument for this counter-case. But it isn’t drugs, booze or violence that gets this particular fella’s blood pumping…

“It quickly became a solid addiction for me with the only side-effects being no money for food and water; a small price to pay, I think you’ll agree!” he grins as he reveals to us exactly what it is that’s been on his mind almost constantly over the last few years. That is of course this formidable Honda Civic Type R, one that’s been comprehensively fettled over time to perform one task: excel on the track. 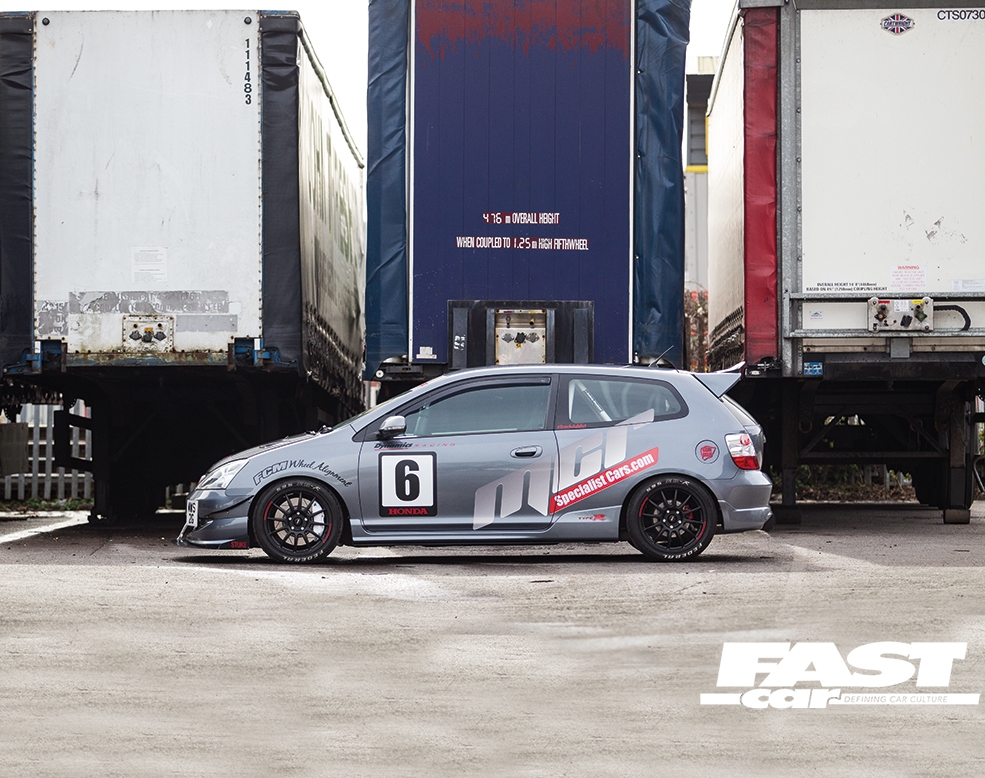 With the luxury of a company car at his disposal when he purchased this face-lift Cosmic Grey slice of VTEC goodness, Matty knew from day one that he’d never have to attempted treading the fine line between adding performance upgrades and retaining daily-driver comfort. It’s a street car for sure, but street cars normally come with compromises, and there aren’t too many to be found here.

“The plan was to spec it with a string of basic track mods to start with to bring that chassis alive,” he recalls. Sensibly keeping the bonnet firmly closed whilst he built up a taste for the circuit with the help of upgrades such as coilovers, plenty of chassis bracing and a big brake kit, Matty was soon reaping the benefits of this celebrated little hot hatch and its ability to be piloted around race tracks at a rate that many more expensive vehicles could often only dream of.

Lapping his local circuit, as well as countless other race tracks around the country, a distinct cycle began to emerge that involved Matty tearing it up on track each weekend, then being spurred on to take his Civic to the next level in time for his next outing immediately afterwards. 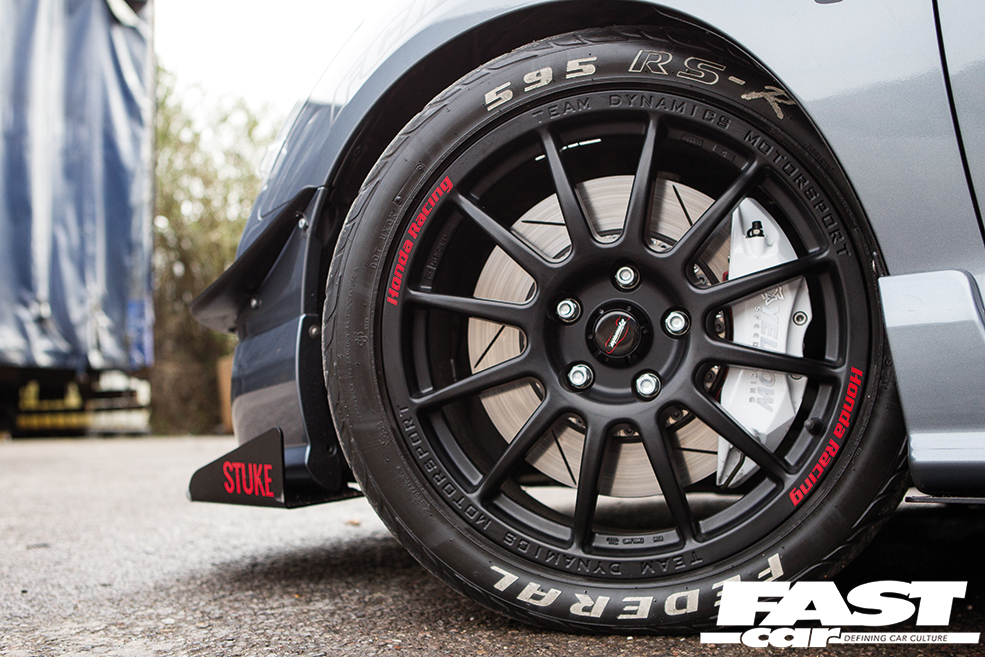 “The project got out of control and my initial visions to keep it fairly standard were soon consigned to the history books,” he admits. “The deeper I was drawn into the Honda and track driving, the more mods continued to make their way to my house in the mail.”

Obsessions reached an all-time high in 2015, when Matty was finally able to live out his fantasies by taking his trusty steed for a jaunt down to the mecca of motorsport: the Nürburgring Nordschleife – a moment that would change both car and driver for good. “I did four days there, and the car performed better than I could ever have imagined! This trip turned out to be serious ‘fuel for the fire’ for the next set of upgrades to begin.”

With the car finally reaching the seriously impressive ‘final state’ you see before you , and boasting one of the longest spec lists ever witnessed, we think it’s about time we put all of those inspired, intricate details that Matty’s performed over the years under the microscope to see just what makes this beast so much fun to pilot. 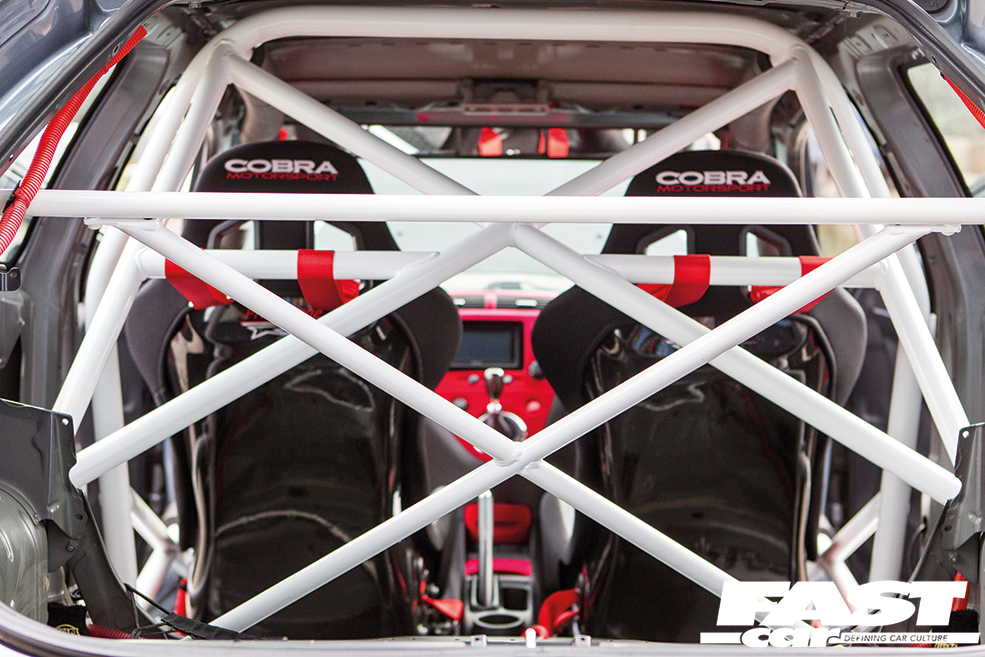 Let’s start with that chassis – already a winning part of the car from stock, but one that Matty was keen to completely transform to eek every last drop of capability out of when the going got tough. Some top-spec BC Racing coilovers with bespoke spring rates started things off nicely, complemented with the likes of JDM-spec anti-roll bars, a whole host of bracing components, a full polybush overhaul and a pro geo setup from FCM Motorsport to top it all off. Matty also has no less than three sets of wheels at his disposal, all shod with different rubber to suit all weather conditions. Tucked underneath are some huge Yellowspeed stoppers that were added in anticipation of extra power eventually making an appearance.

Talking of power, once Matty had successfully created perhaps the finest EP3 chassis known to man, he thought he could definitely justify looking into adding a little more grunt to that screaming K20 lump. Breathing goodies are unsurprisingly abundant to set things off, with a larger throttle body and Skunk2 inlet manifold some of the more notable touches. Then there’s a completely re-worked fuelling system featuring that anodised red Tegiwa rail and 450cc injectors that help to squeeze out the car’s headline power figure of 250.1bhp, achieved on TDI North’s rollers after some tinkering to the car’s Hondata K100 ECU. 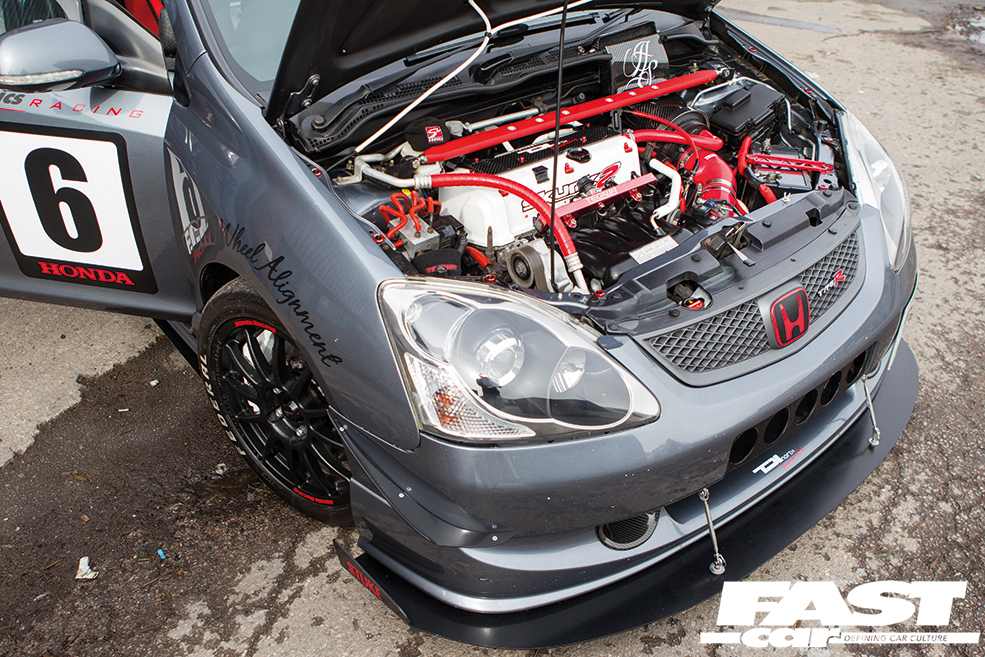 But if the engine sounds like something you’re more likely to find in a race car, just wait until you see that cabin! Dominated by a comprehensive Safety Devices 6-point ‘cage and some hugging Cobra buckets, the flocked red/black interior is one hell of a functional place to spend time, cleverly retaining all of its class thanks to the perfect execution of each modification installed.

But what about those race-style decals that now adorn the car’s Cosmic Grey exterior flanks? “I was approached by Mike Chalk of MCR Specialist Cars and invited to various shows and track days with his company,” Matty recalls. “This is when I decided to give the exterior a little more zest and had a complement of go-faster decals made up” With a raft of splitters, canards and carbon fibre panels also making an appearance, the result is something you really wouldn’t want to see suddenly appearing in your rear-view mirror, that’s for sure!

Despite switching-up almost every component of his Type R at one point or another, Matty is pleased to report that race car ownership has been a remarkably plain-sailing affair. “Over the course of five years, the only thing that has failed was the radiator,” he tells us. “It gave up in spectacular fashion on Donington Park’s Starkey’s Straight.” 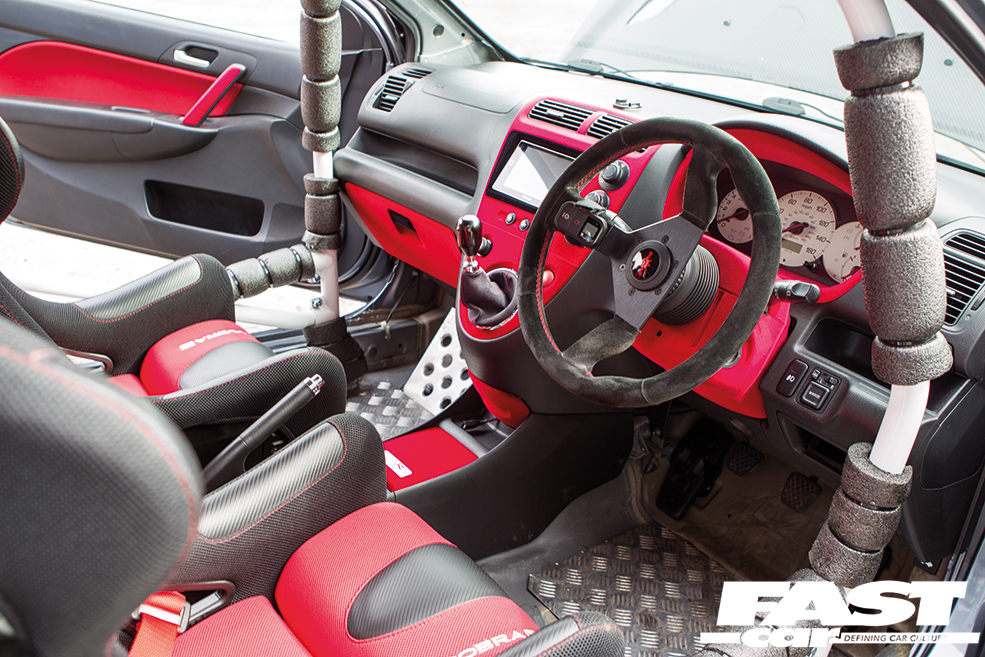 The secret to success then? It could be something to do with Matty’s obsessive nature of keeping his vehicles in only the finest of conditions at all times, meaning that this is an EP3 that doesn’t just dominate on the track, but has also won awards at shows, too. “I like to keep my car immaculately clean, I’ve actually overheard people at shows wondering whether it’s ever been on track at all!”

Sadly, though, all good things come to an end in the car world, including the relationship between this EP3 and its owner. “I had the urge to move forwards in the Honda scene and imported a Mugen-kitted FD2 Type R recently. I’ had to parted out the entirety of my Civic to fund it, but I think it’s it nice that these parts are being re-used to help the next generation of EP3 owners achieve their dreams.”

You’ve probably got quite a good grasp of what makes Matty tick after reading this feature, which means it will probably come as little surprise to hear that an all-new addiction has already begun. It’s only a matter of time until that one’s equally as epic too…