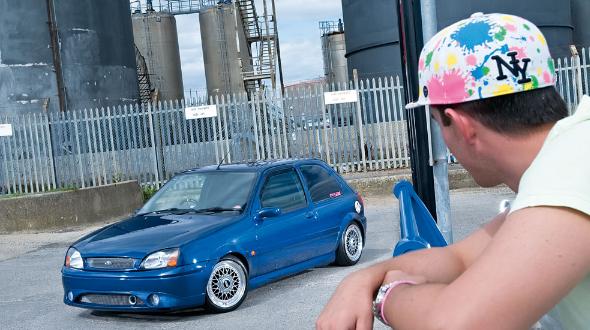 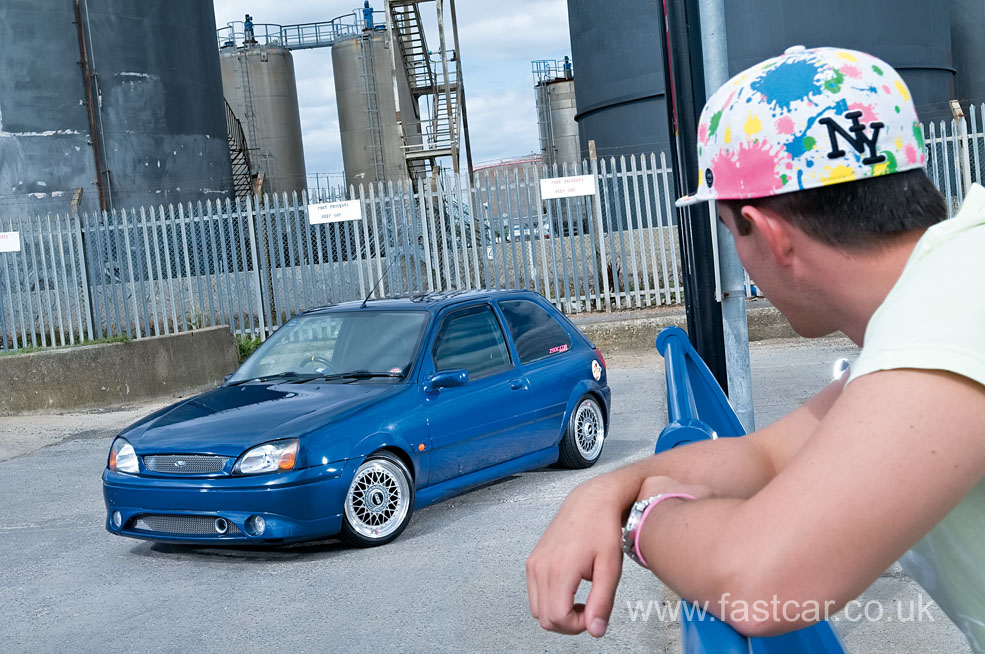 Remember when you were 16? Our G can’t. But, for the rest of us, it was the most important year of our lives, and I’m not talking about passing your GCSEs or legally being able to tuck your winkle into a lady. Nope, it was the year where you counted down the days until you could get on the road and get your hands on your first ride. 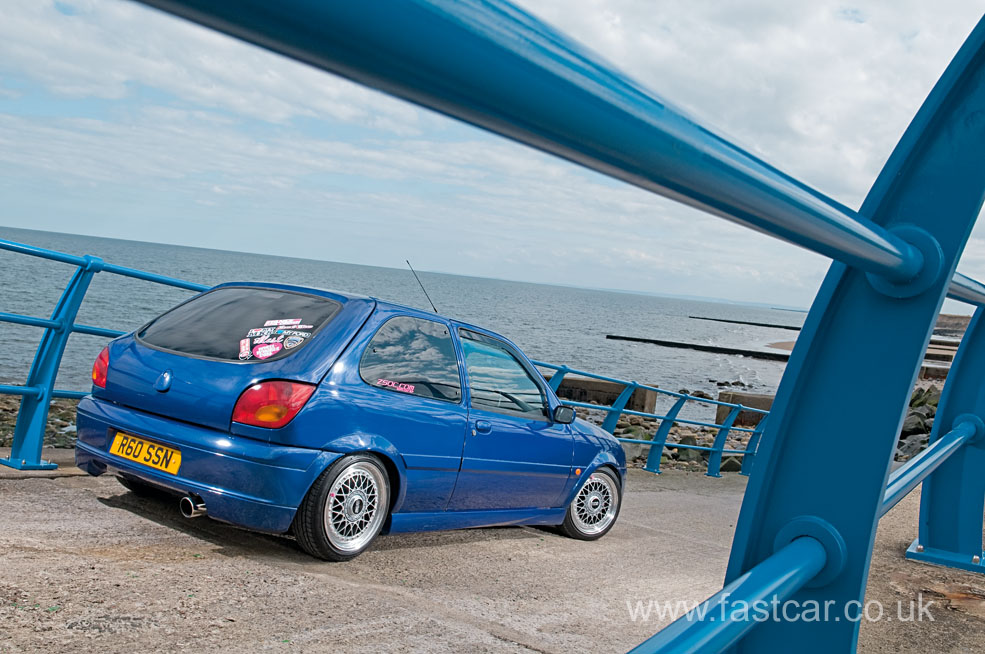 The problem we all faced though was getting a car that was cool. Ross Nicholson knew exactly what he wanted: “I couldn’t afford a Cossie or anything like that,” he says. “But I also didn’t want to end up with my mum’s old shopping car.” So he settled on a Mk.5 Fiesta Zetec S, which, thanks to its revvy little 1.6 engine and 105bhp, has enough power to show up his peers in a drag race, but is also cheap enough to insure. 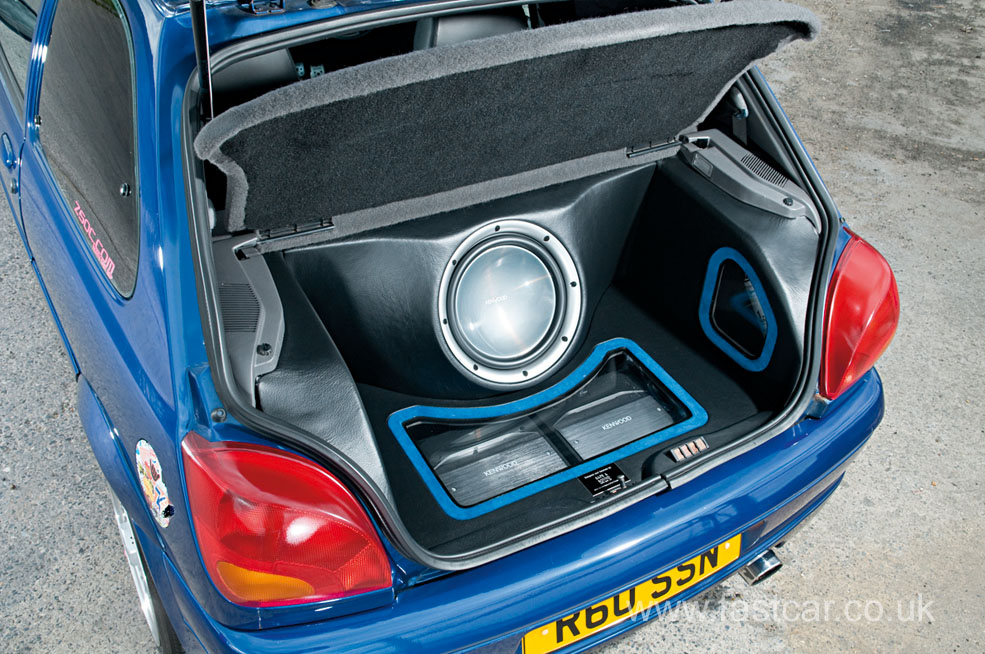 So despite the fact he was only 16, Ross went hunting to catch himself a good Zetec S. But it was Ross’ mum who spotted this one for sale, just three streets away from their house. After a quick chat and few checks Ross found he had a set of keys in his hands. 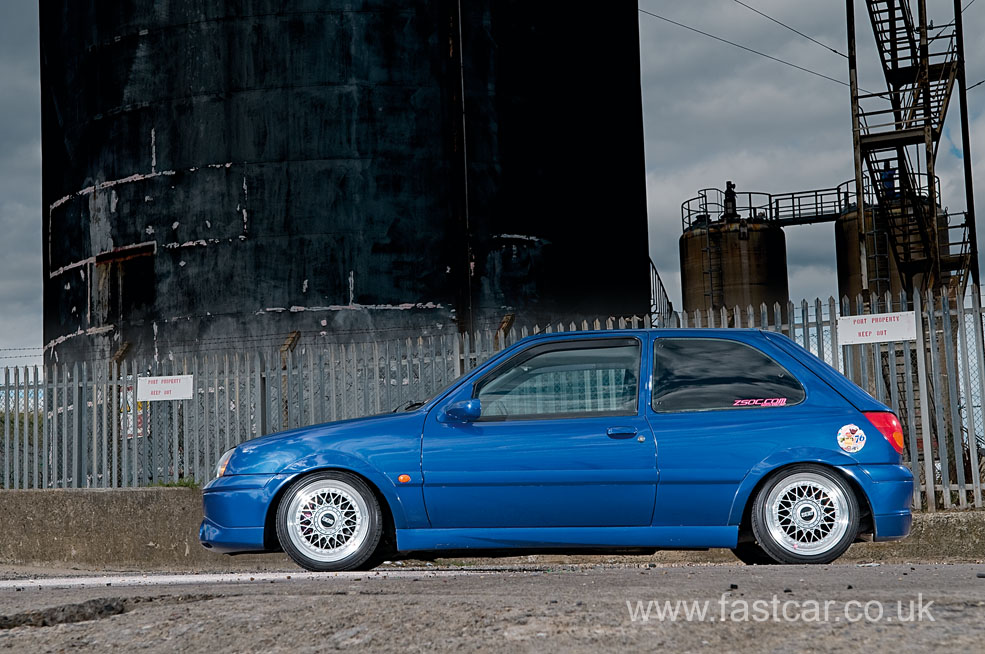 Rather than just letting it sit on the drive until he turned 17, Ross decided to utilise the time by tinkering with it. He started with a bit of colour-coding, window tints, a set of lowering springs and powdercoating the standard wheels white. When he finally got behind the wheel he loved it. Compared to his mates’ cars, “it felt like a rocket ship”. 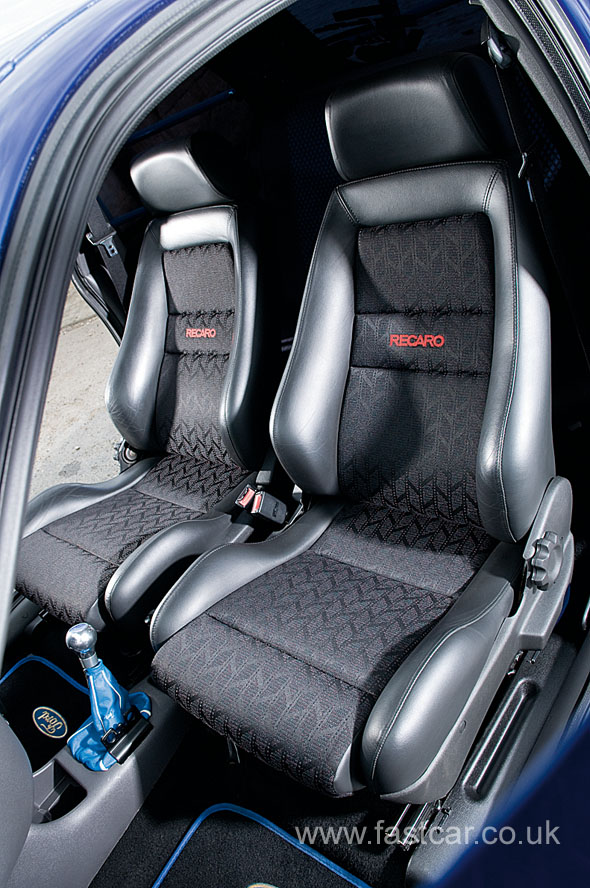 The car remained as it was for about six months, but when he signed up to the ZSOC.com forum and got chatting to like-minded peeps he was quickly persuaded that a K&N induction kit and full Milltek exhaust were needed. Then more power. So Ross made the call to Shawspeed. It soon ended up being a full-on rebuild, with new pistons, new valves and some of Shawspeed’s SS4 cams. With the car remapped it’s kicking out between 140-150 bhp. 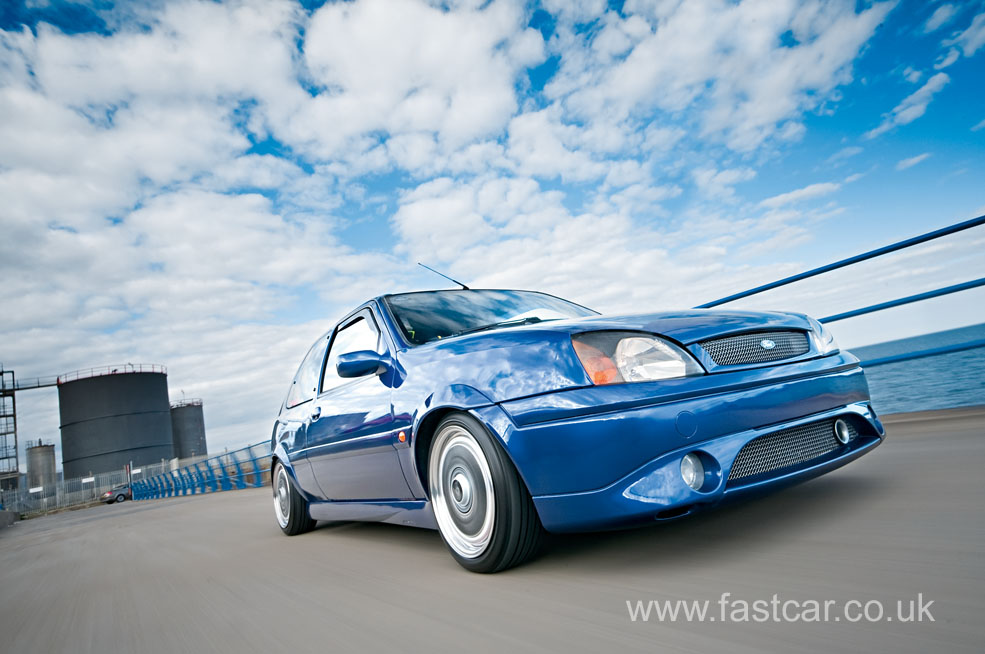 Those gorgeous BBS split rims were a Christmas present from his mum and dad. To get the wheels looking right, Ross decided a set of AP coilovers were needed, along with Turismo arches. So the car was sent off to the bodyshop for more smoothing, flushing and the fitting of those arches. 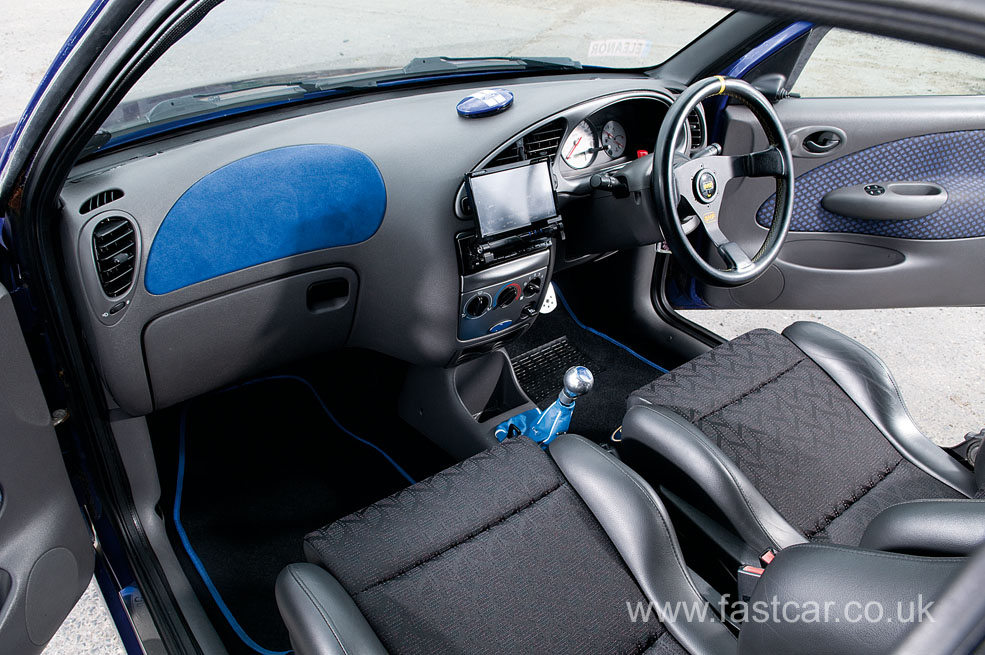 The last area to sort was the interior and he sourced a set of Rover 800 half leather Recaro seats, modified the subframes and bolted ‘em in. The deep dish steering wheel was the last thing to go in and it complements the interior nicely. 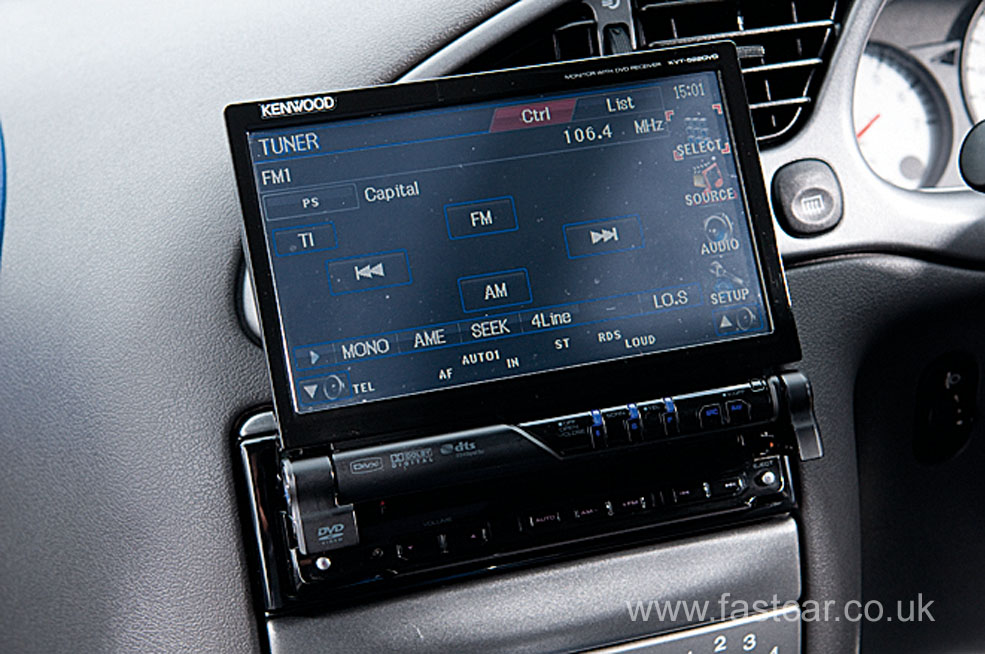 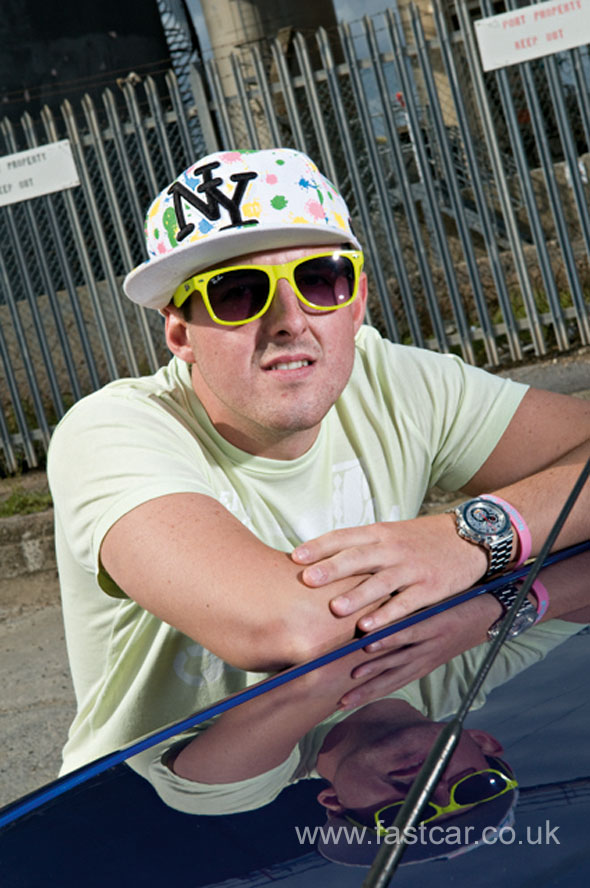