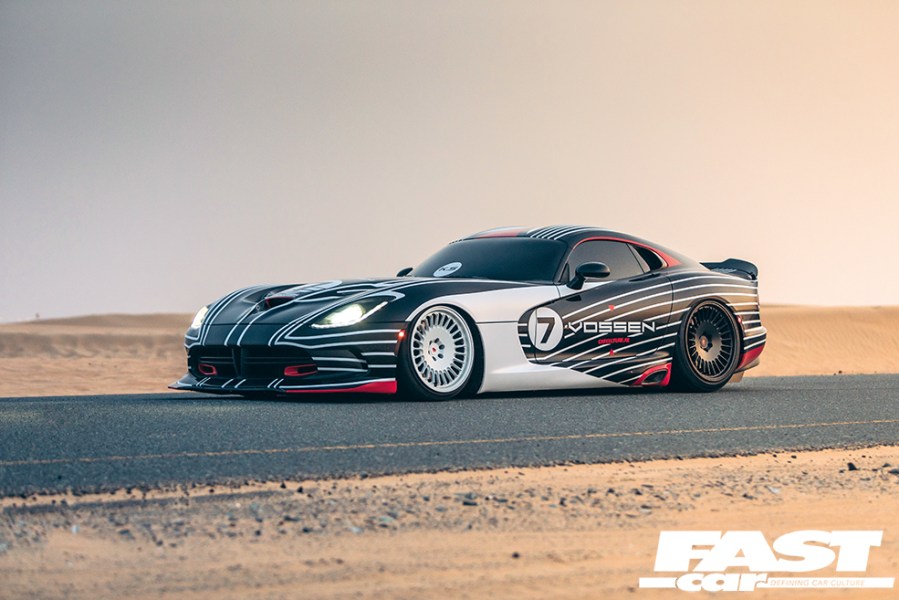 Simplicity is key with this static-dropped modified Dodge Viper. But subtlety? With an 8.4-litre V10 under the bonnet, it’s hardly subtle…

Sometimes, there isn’t much more you can add to a feature, other than to present it for what it is. Jon Guntley’s 2017 modified Dodge Viper SRT almost epitomises this. I mean when was the last time you saw a Viper laid out on the deck in the middle of the desert? Unless you follow @srtjonboy on Instagram that is.

When we choose cars to feature, and it is a very much deliberate process, we often try to showcase cars which can inspire, regardless of what your taste in cars might be. As an example, this writer & photographer would very much consider themselves a German car enthusiast, yet I often look to other scenes for ideas and inspiration for my own cars.

Let’s be honest, most of us probably aren’t going to end up with a Dodge Viper in our lives at any point, particularly in this part of the world. We would probably just be lucky to see one, but there is something here which all of us can takeaway; that is learning to understand what we have, how to approach it and when to know what enough is. 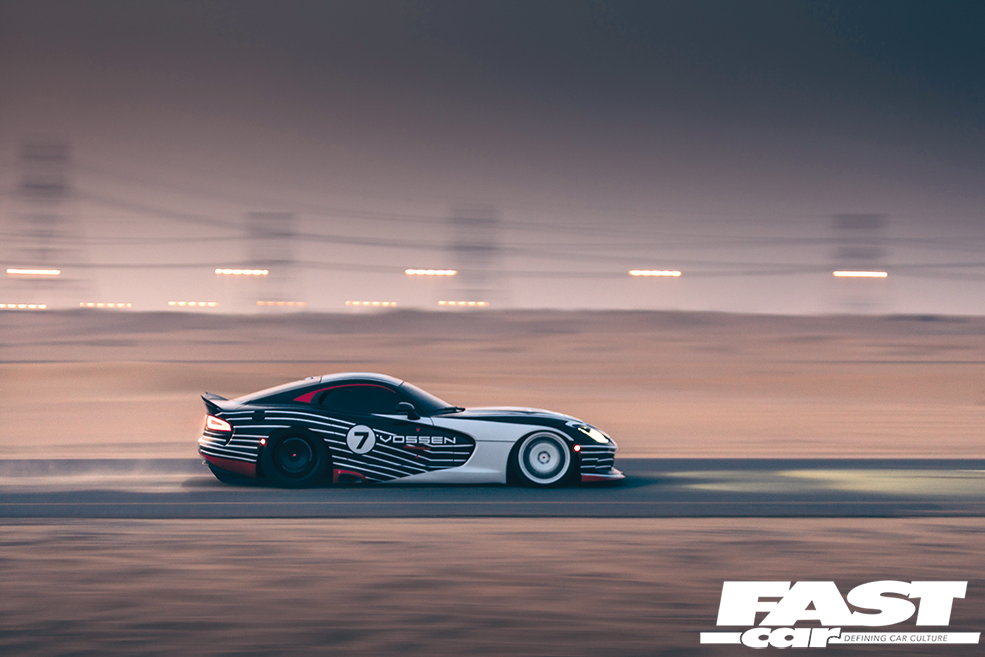 To gain some insight into the Viper, I spoke with Jon recently to get a better understanding of his thought process around the car.

“After moving to Dubai in 2010 I quickly realised you could easily afford to run big engines that are usually thirsty on fuel as it’s so cheap in the Middle East. I’ve always had a place for American cars and had become a fan of the Hemi V8 after first purchasing a 2010 Jeep Grand Cherokee SRT8. Following that came my 2012 Dodge Charger SRT, then a Ram 1500 5.7L and then another Dodge Charger SRT, this time a 2016 model.” 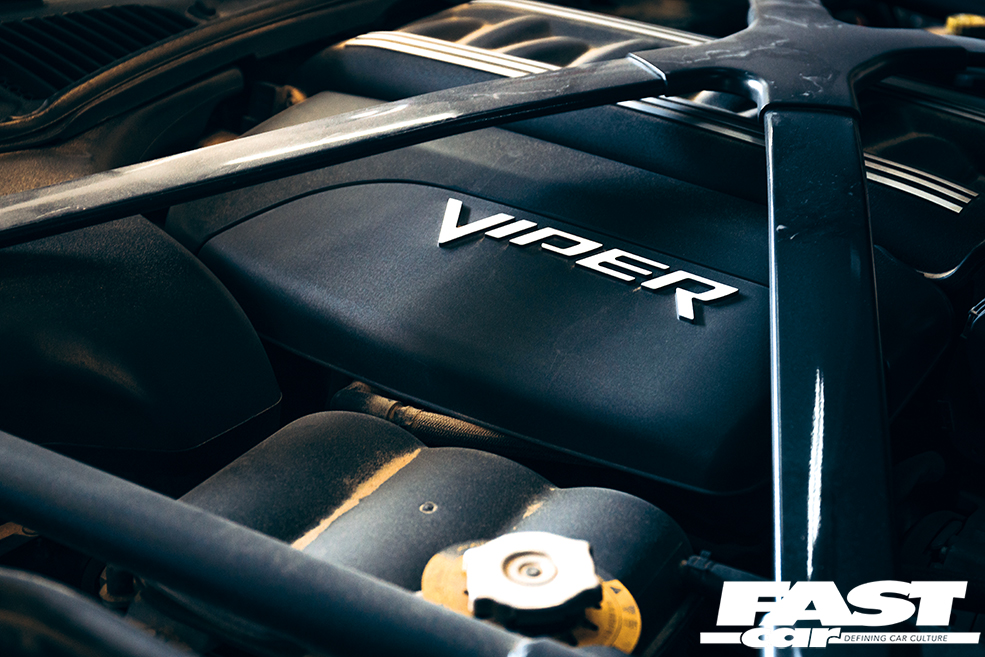 “So being a good customer of the local dealership I came to know they had the last two remaining 2017 Dodge Vipers in the showroom. With the announcement of them ceasing production again of the Viper it was too much of an opportunity to miss out on. I sold the 2016 Charger after only 9-months of owning it and pursued making the Viper a childhood dream come true. “

While the spec-list for this car is staggeringly short, it doesn’t make it any less significant. It can be neatly summarised as wheels, coilovers and a wrap. That’s a recipe we often hear used to ridicule “lesser” builds, but like everything, execution can make or break a build. You certainly don’t look at this car and think “that needs more.” 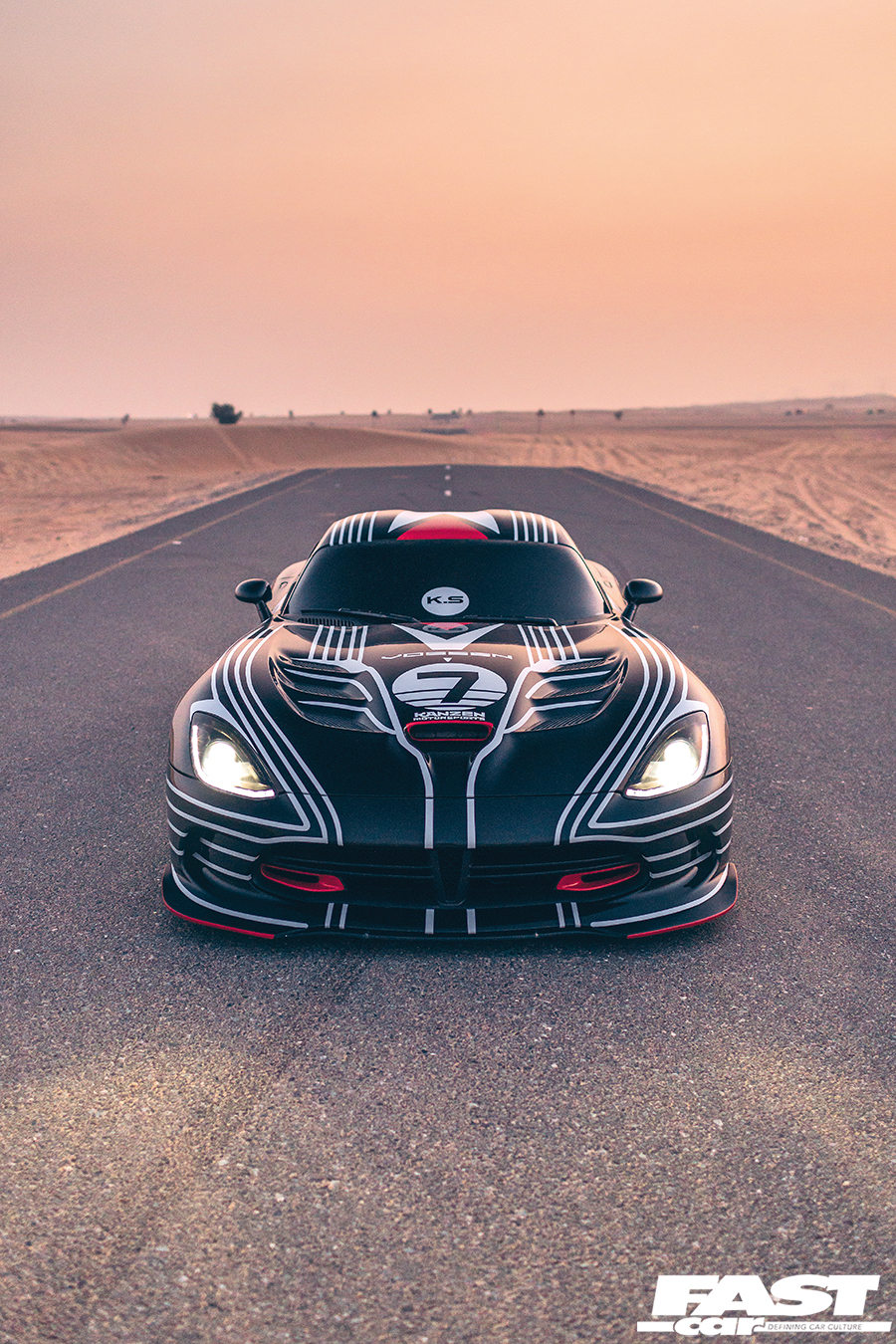 The engine is stock, but when a naturally aspirated 8.4-litre V10 makes 645hp and 600 lbs-ft from factory, it doesn’t really need an increase in power. Given the Viper’s famed nature to bite from even low speeds, this was probably a wise decision unless Jon plans on digging the car out of a sand dune regularly.

Perhaps the only thing louder than the V10, is the motorsport inspired livery by Khyzyl Saleem (@the_kyza), which appropriately takes inspiration from the famous ‘80s Porsche 962 Boss Le Mans race-car. Previously, the car was a pretty sinister all-black but Jon wanted to change it up a little for MADE earlier this year. 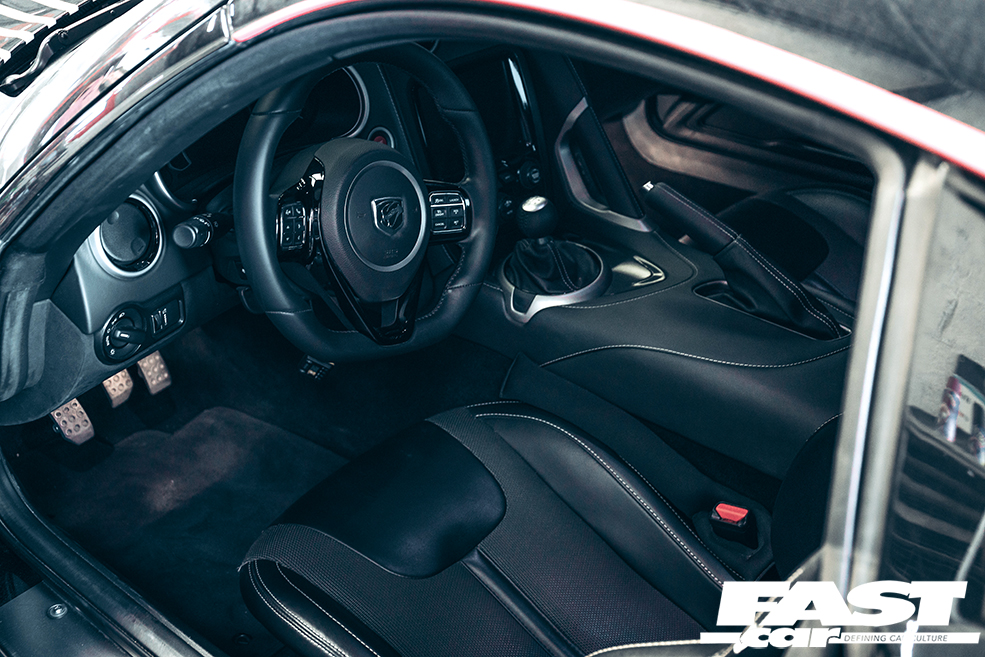 For those that don’t know, MADE is a highlight on the car show calendar for those in the United Arab Emirates, and was featured in Fast Car earlier this year. It’s absolutely worth the effort to dig out that issue if you missed it the first time around.

What will likely raise an eyebrow or two – or at least turn a few of us green with envy – is that the Viper is static dropped on BC Racing coilovers. There’s no hidden air-cup system to lift that nose off the ground, and this is the car at its driving height.

When your driving height is lower than some people’s aired out height, it’s naturally going to get a lot of attention. Watching the car cruise down the highways of Dubai is surreal, and even out at the desert shoot location, you’re always waiting for it to air-up to move between shots. It doesn’t, however.

What you should take away from this feature is how Jon evaluated what he had and figured out where to add his own flourishes to make it stand out. He left things that didn’t need to be changed alone, choosing a route of relative simplicity to further enhance all the good bits the Viper leaves the factory with. 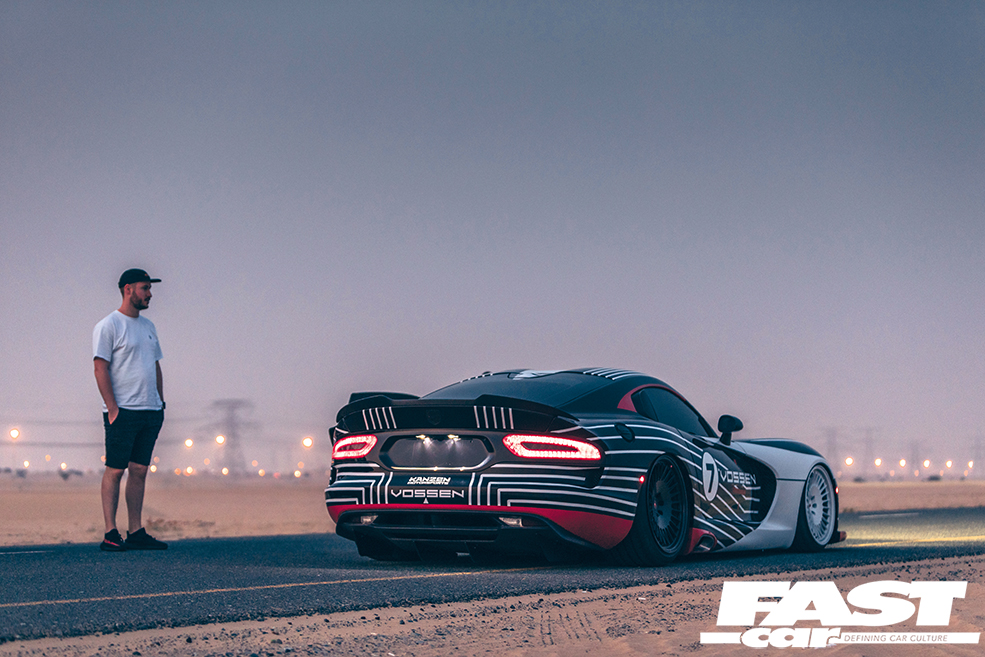 Would the exact same choices have been as effective on another car? Maybe, and maybe not. But having seen Jon’s other cars, including a bagged Nissan Silvia S14, he’s certainly capable of adapting and choosing a different path for each car, as opposed to using a one size fits all approach again and again.

That in itself is probably the best takeaway from this; it doesn’t matter what you start with as long as you really understand where it’s going and when you need to stop. Still, I think it will be worth looking towards Dubai in early 2021 to see how Jon evolves the modified Dodge Viper once more.