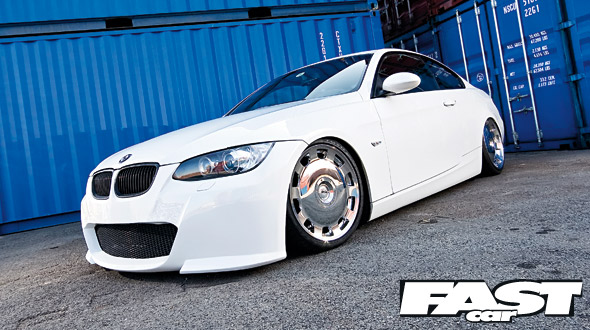 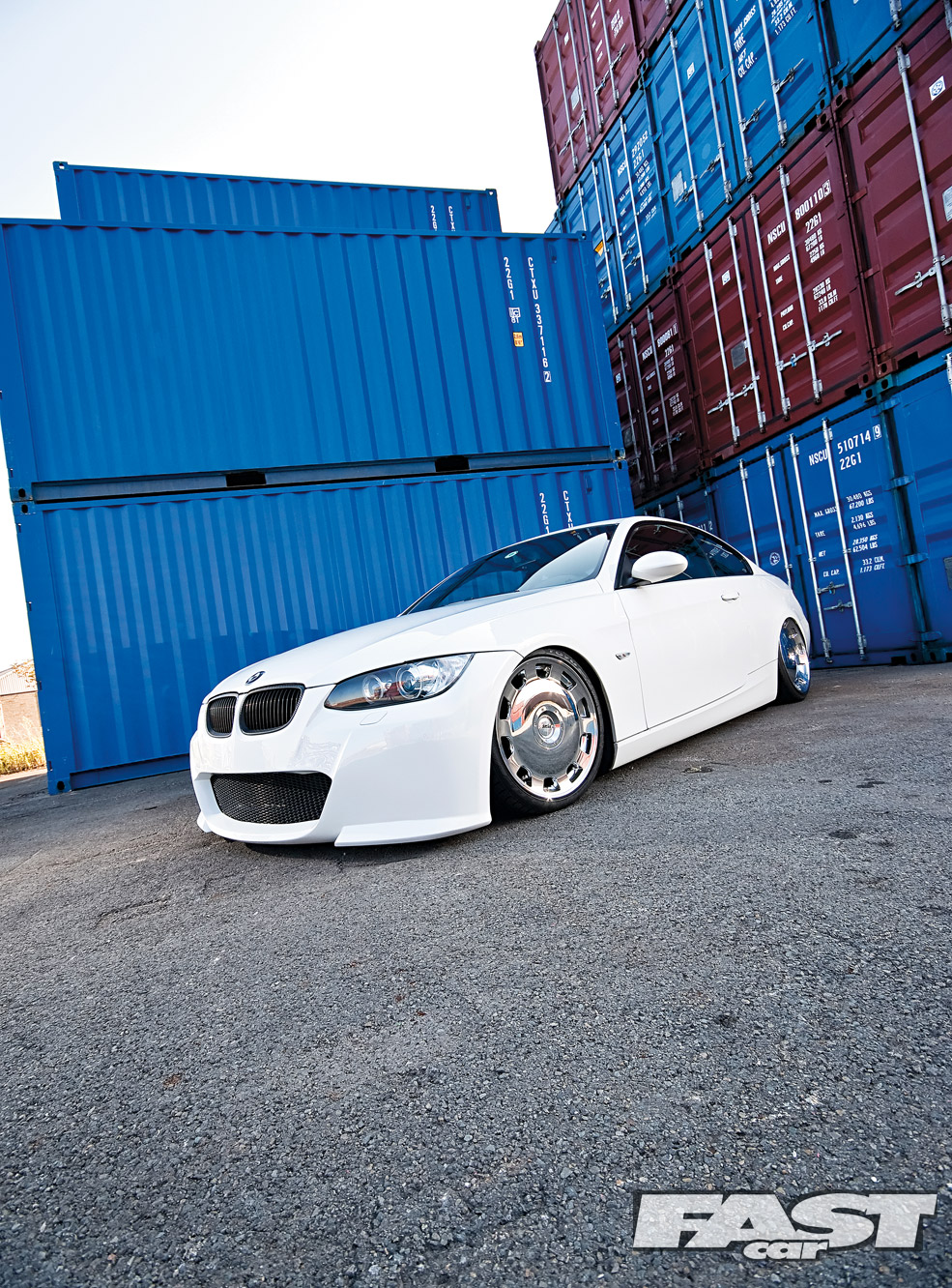 The Euro look: a tried and tested trend of modifying in recent times, where the rules for success are as follows. Number one: smooth lines. Number two: get very low, and three: crown your ride with killer wheels. 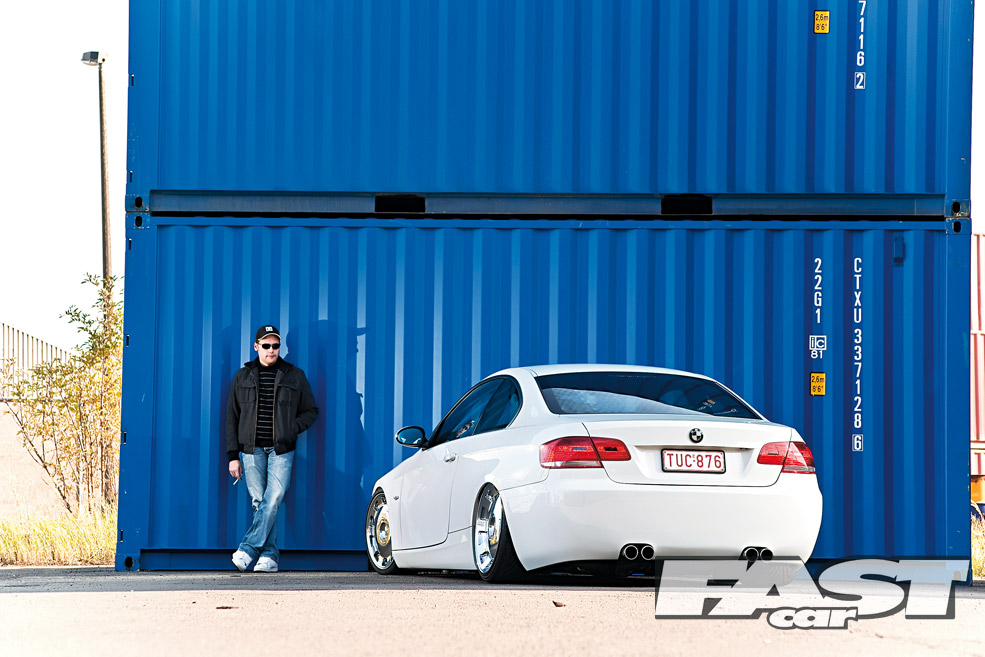 Thing is, you could fill this mag with awesome Euro’d hot hatches alone, but a fine four-year-old coupe given the slammed and smooth treatment is a rare and special sight – as demonstrated by Roel Vandewal’s home-brewed Bimmer. 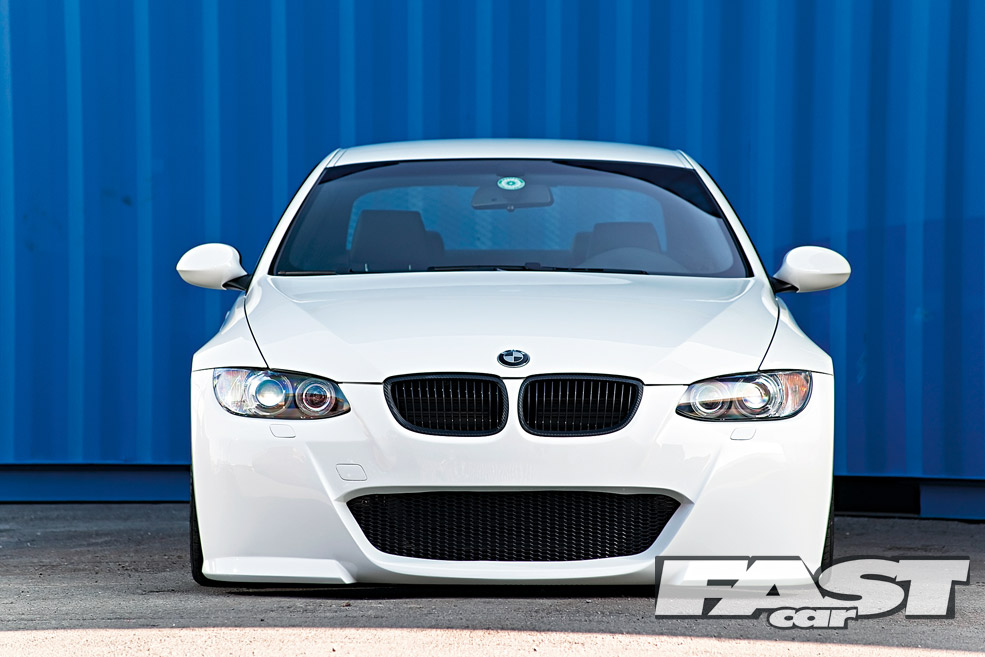 Chilling at the FC shoot, the sexy E92 boasts smoother lines than LL Cool J in his hip-hop heyday, with a cheeky re-hashing of those tasty TSW Holsten wheels adding to the BMW’s class. 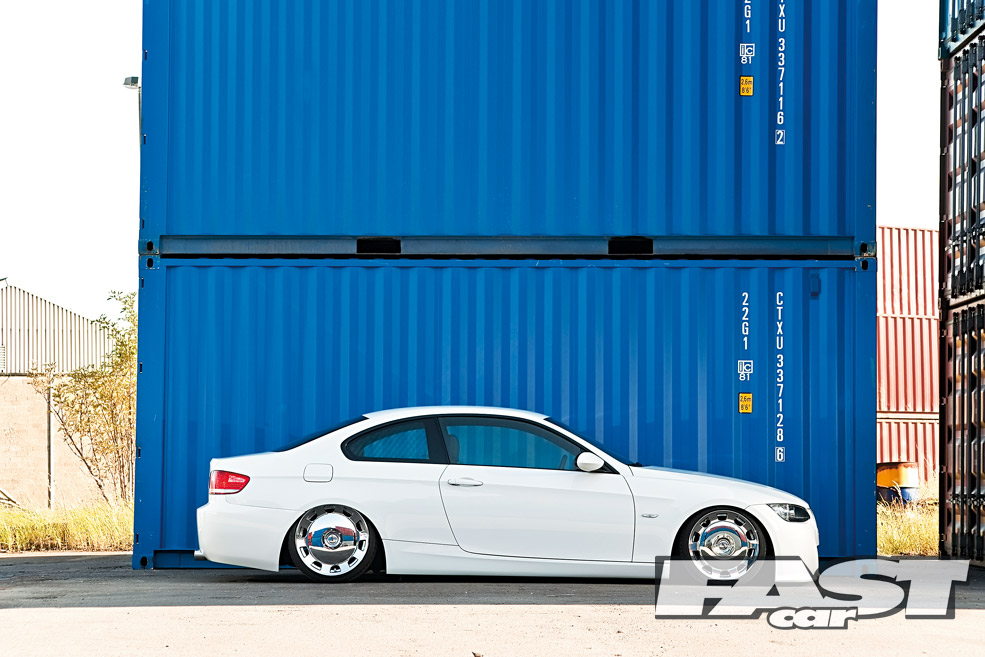 Roel bought the Beemer back in 2008 after falling in love with the E92’s suave looks, but could only ride stock for a few months before the customary modifying itch turned into a full-blown rash of Euro styling. 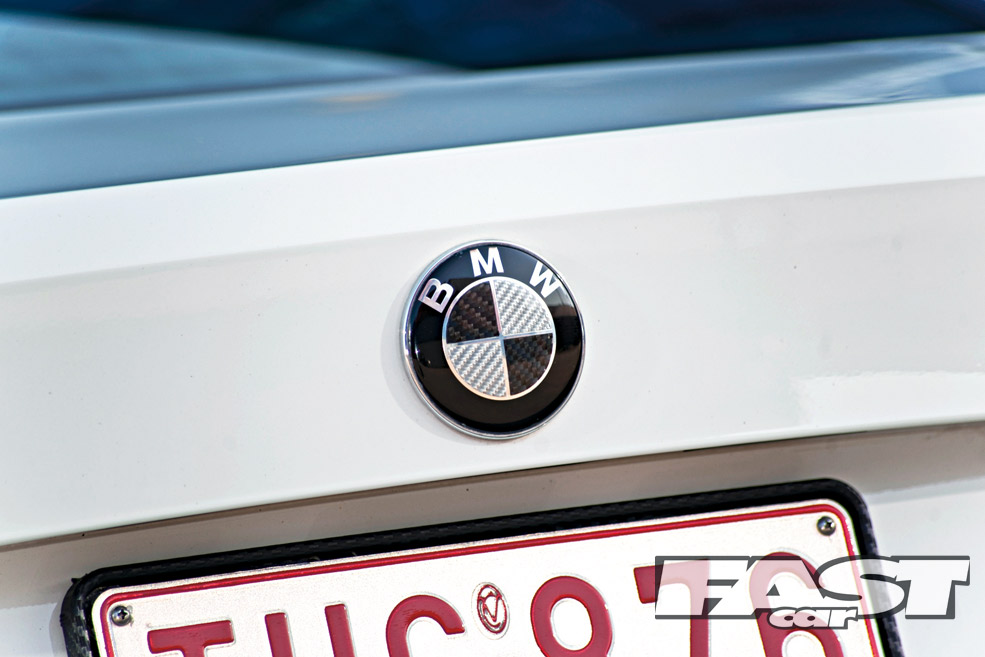 “Thing is, there are always parts to a standard car that need improving in my eyes,” explains the barmy Belgian, who in spring 2009 set about making the 170bhp 3 Series even better. 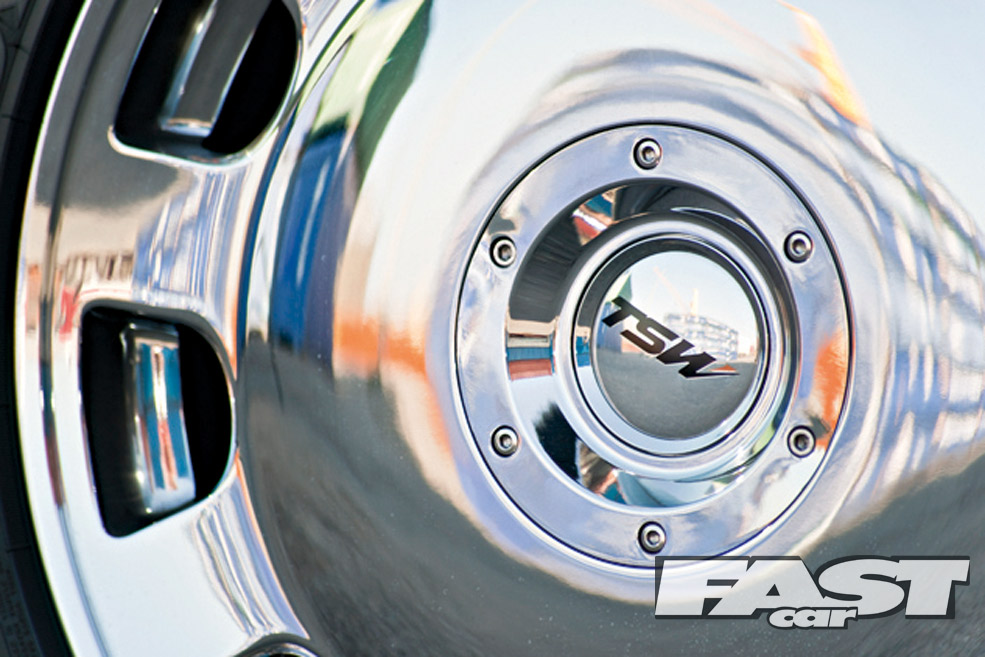 Ride height was first on the agenda, where Roel sent the car away to be ‘bagged before continuing the 320i project from his back yard. “The air ride is the only thing on the car I didn’t do myself, but I just love the way it looks when it’s dropped down,” the truck
driver confirms.

Once those BMW sills were able to kiss the concrete, Roel turned his attention to wheels, originally ditching the stock set in favour of some multi-spoked Vertinis. 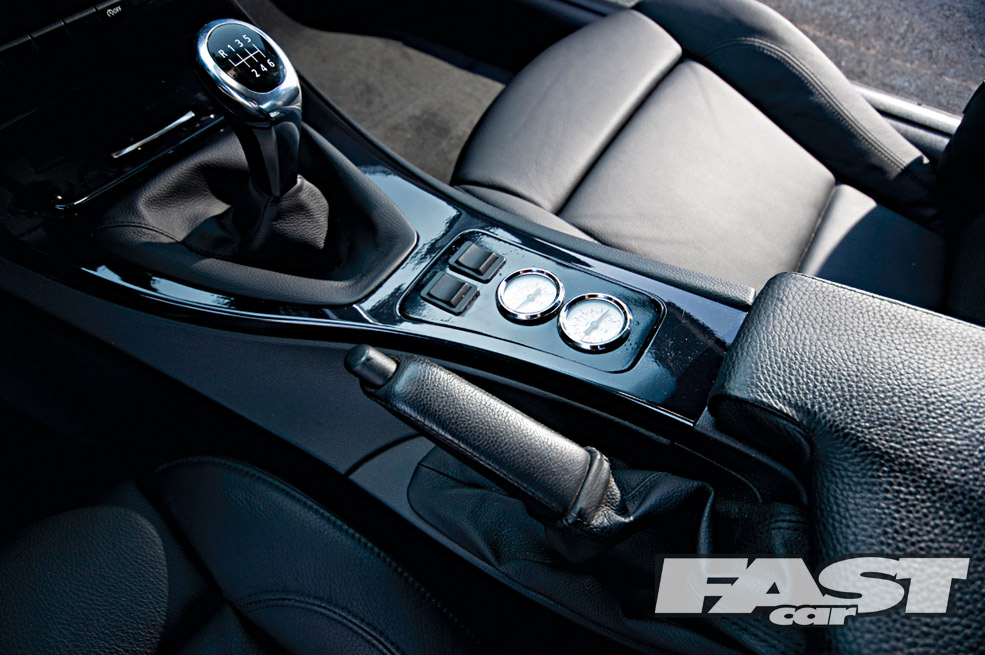 It was then that he decided to go for a sweet, smooth look for the Beemer, telling us, “I just wanted the car to look really clean – I’m a big, big fan of the smoothed style.” 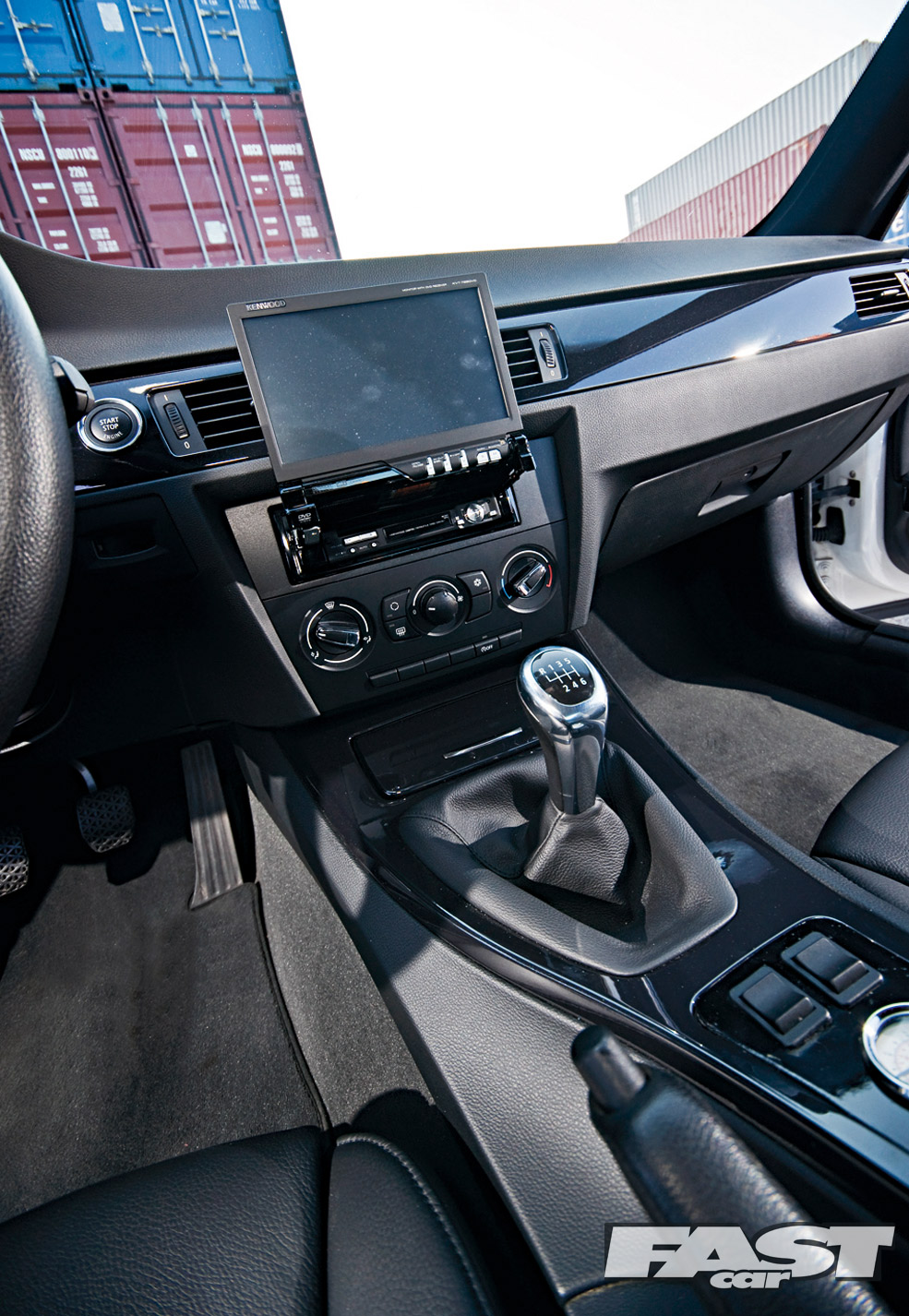 The rear bumper was then completely smoothed while the side vents in the Kerscher front bumper were deleted, all by the fair hands of Roel himself. The Vertini hoops were also soon relegated in favour of the current TSWs, which look at home inside the German arches – even if they once had another life elsewhere. 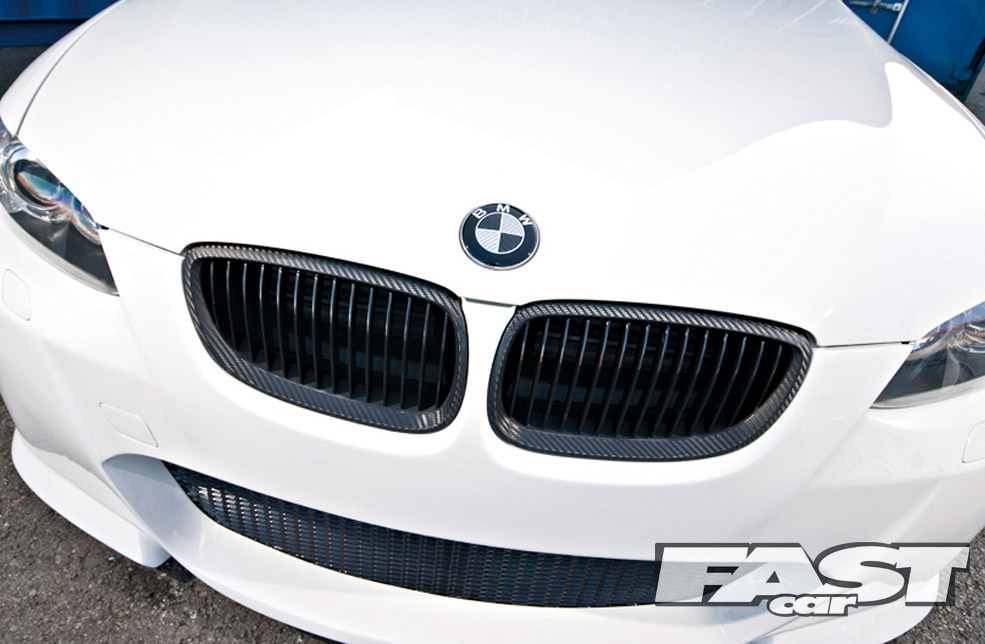 “The TSWs actually came off my previous car, a Chrysler Crossfire,” our man lets slip, “I had them redrilled to 5×120 so they would fit on the BMW. Looking at it, I’m glad I did it!”

So are we. Under the Beemer’s smoothed, decked bodywork, the TSWs look killer and give the car some international class. Winner!