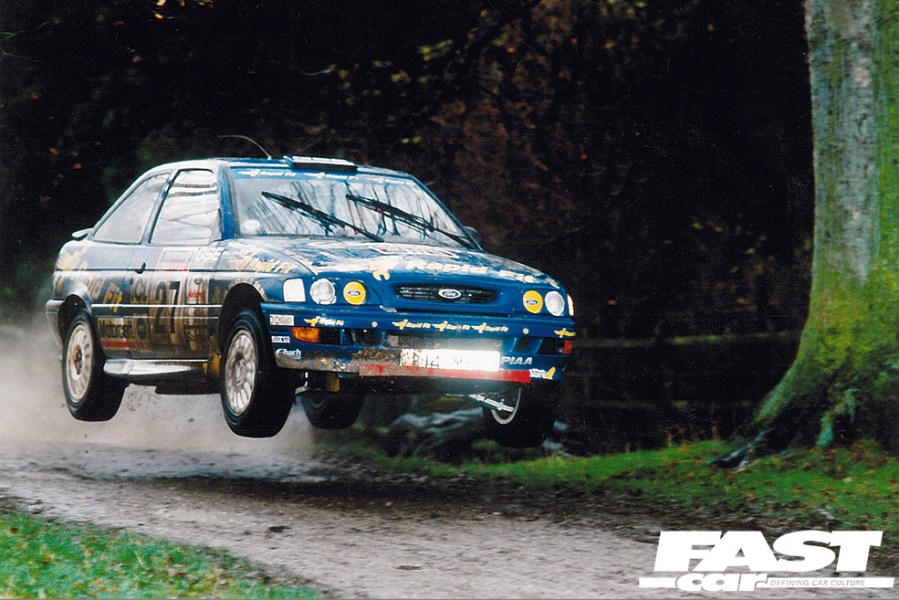 In the mid-1990s, Ford’s ‘works’ team was too busy with the Escort RS Cosworth to take much notice of the front-drive Escort RS2000. So they encouraged Gordon Spooner’s satellite operation to develop cars instead. For four years, 1994 to 1997, the cars grew faster and more successful, eventually sporting more and more extreme bodykits, as allowed by the FIA in what became known as ‘Formula 2’ regs.

Gwyndaf Evans won the 2-litre category of the 1994 RAC rally with a Group A car which looked very standard, then repeated the trick in 1995 with what was already Britain’s most successful 2-litre car, and capped it all by going on to win the British Rally Championship outright in a fully-developed 230bhp ‘Kit’ car.

There was much more to come, for what was always known as the ‘Evo II Kit Car’ which appeared in 1997. It had no less than 280bhp from its normally-aspirated 2-litre 16-valve engine (Mountune take the credit for developing the 16-valve engine so far), and it was successfully allied to an ultra-expensive six-speed gearbox, all clothed in body shells with wider bodywork to cover wide-track and fat wheels and tyres.

If Gwyndaf had not crashed the car twice on two events, he would undoubtedly have won the Championship for the second year. The Simmonite sisters, however, who were heavily promoted by their ‘manager’ Tony Mason, won the Ladies’ category in a sister car.

With Ford not at all interested (at Boreham, the Escort WRC was taking up all the technicians’ time and development expertise instead) the RS2000 ‘Kit Car’ then faded away. How many were made? A great mystery. A few were supplied to European customers, but it cannot have been more than about twenty cars, all told. One or two survive to this day, but there seems to be no historic category in which they can be competitive, and virtually no-one can afford the gearbox re-build costs.