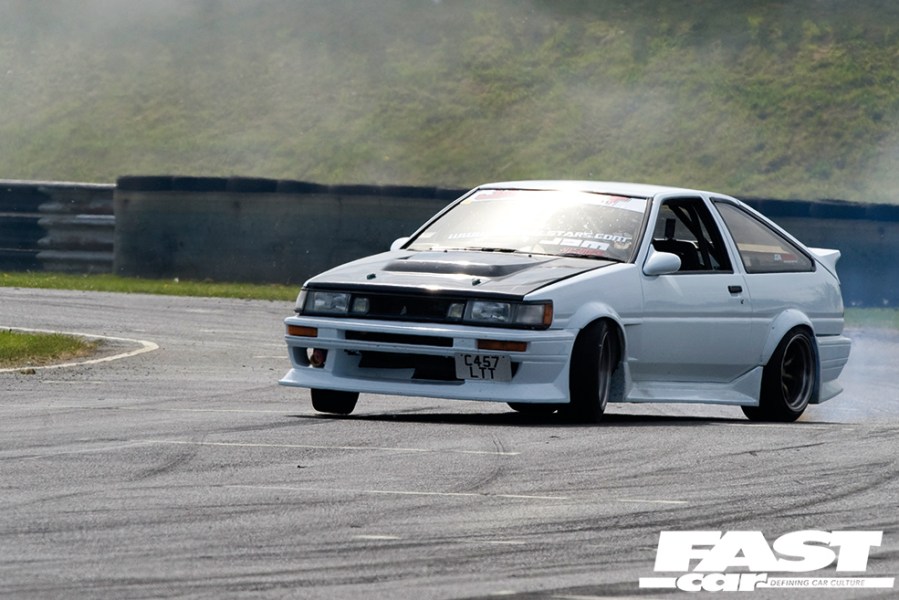 Upon its release in the early 80s, the AE86 was a dying breed; a small front-engined, rear-drive performance car. With front-wheel drive cars rapidly becoming the norm, the AE86 stood out and almost seemed dated with its rear-wheel drive and live axle rear suspension, but right from the start people could see its potential.

Being lightweight, rear-wheel drive and packing a small, but highly tuneable engine, it dominated the 1600cc classes in rallying and circuit racing against its mostly front-wheel drive rivals, and to this day it is a popular rally car for 1600cc classes.

Despite their huge popularity in Japan and Ireland, in the 80s and 90s it was fairly unloved in the UK and didn’t get much of a tuning scene following it, meaning tatty ones were ending up in scrapyards or changing hands for under a grand. But in the early 21st century, this changed as the popularity of drifting exploded worldwide and the car gained the huge popularity and price tag it now has.

These days the AE86 is the car everybody associates with drifting, and right from its first release it gained a huge cult drift following in Japan due to it being cheap to buy and run as well as for its superb handling, making it the must-have car for people wanting to drift their local tracks and mountain roads.

The offshoot of this popularity amongst grass-roots drifters was the highly tuned versions competing in D1 drift competitions and the famous Initial D cartoon series starring an AE86 which soon gained a cult following worldwide.

These days AE86s are worth huge amounts of cash compared to FWD rivals of the same age, and from a tuning and fun point of view, they are almost unbeatable.