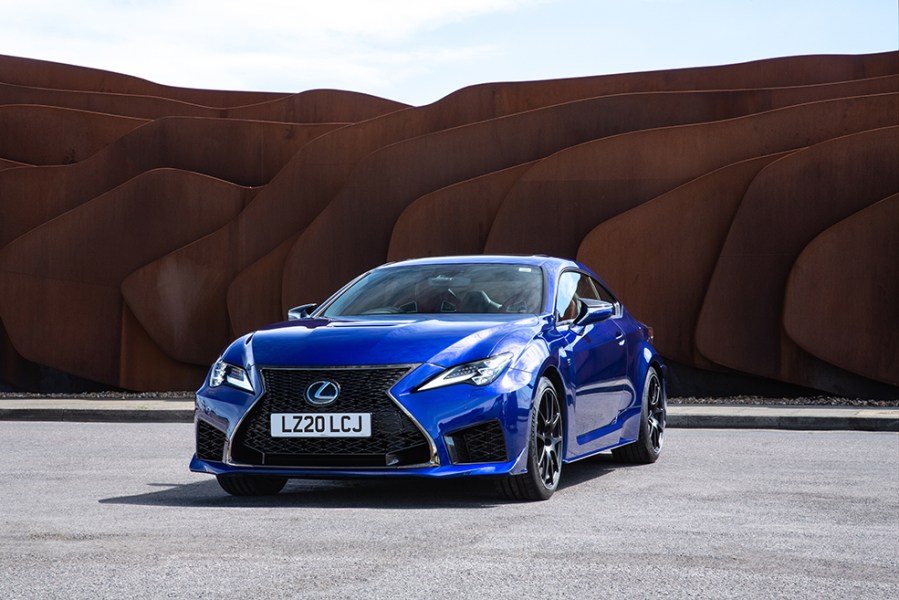 With a stonking 5.0-litre V8 at its heart and 457bhp to play with, can the Lexus RC F Track Pack take the fight to the Germans?

Leftfield, muscular, intriguing, these are all words you could use to describe the Lexus RC F. In a world of turbocharging, hybrids and electric motors, even from inhouse, a stonking 5.0-litre V8 sticks out like a sore thumb and is partly why people refer to the Lexus RC F as a bit of an oddball.

Let’s start with the motor. Yes, Lexus isn’t the only marque utilising a naturally aspirated V8 to power its cars, Ford is of course doing the same with the Mustang, which is where the muscular aspect comes in. From behind the wheel, there is a whiff of muscle car about it, not from anything inside of the cabin, which we’ll get on to, but just feathering the throttle lets off a deep grumble that just feels right in a big car such as this. 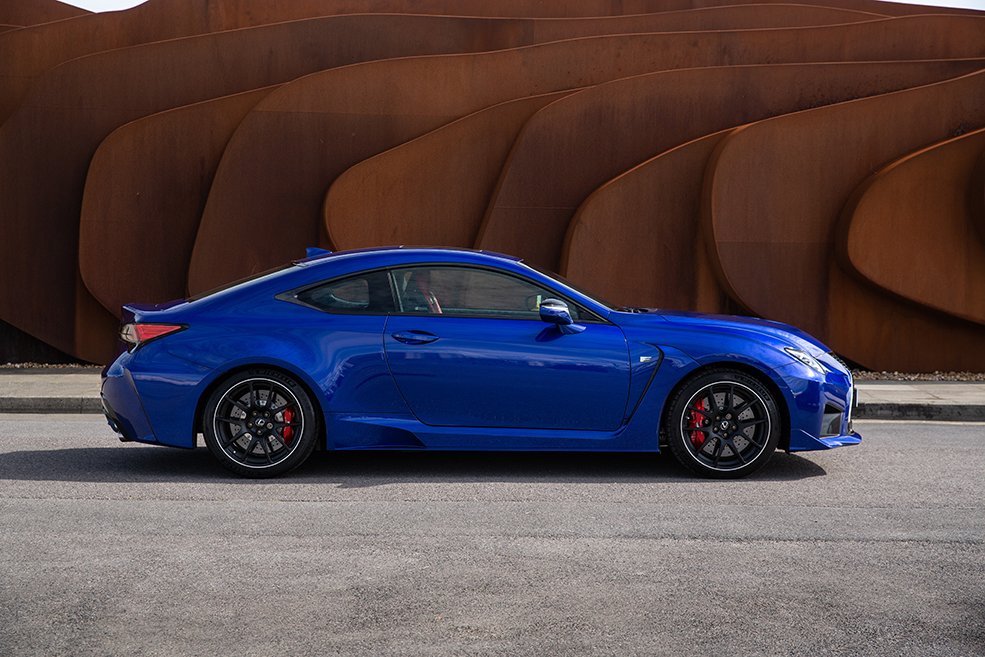 It’s main rivals, the BMW M4, Mercedes-AMG C63 and Audi RS5, all have turbocharged motors either in six-cylinder format (M4 and RS5) or eight-pot in the Merc and sadly this is where the RC F’s pitfalls partly lie. While it has a healthy 457bhp on tap, the nature of a naturally aspirated engine means that you’re only making that peak power at over 7100rpm, and with peak torque of 383lb ft coming in at 4800rpm, there’s a very real feeling that this car is a touch lethargic and dare I say underpowered anything below 4,800rpm. Take one of the turbocharged engines from its German rivals and you’ll see that peak torque power comes in at just over 2,000rpm on all three cars, which translates to three cars that ultimately not only feel more eager to press on, but overall feel entirely faster.

That being said, what it loses out on in terms of straight-line performance, it more than makes up for in soundtrack. The V8 snarls all the way up to its redline at 7,500rpm and you get there with a beaming smile on your face. While before I criticised the V8 engine for some signs of lethargy, its turn of pace past around 4krpm helps you to realise this isn’t a slouch. Official figures have the 1825kg Lexus RC F Track Pack accelerating from 0-62mph in just 4.3 seconds and going on to a limited 168mph. The way in which you extract the performance from the engine is very different to that in the aforementioned rivals. In those cars you can just pin the throttle in any gear and you’ll get bucket loads of performance. Here, though, you need to think about your gearing and work for the performance that bit more. 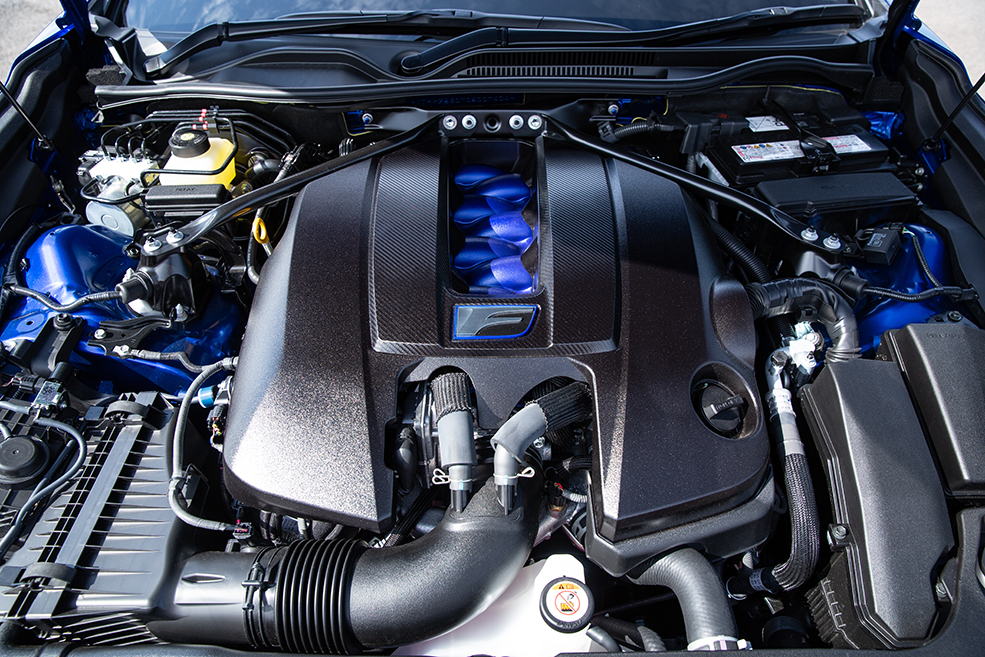 Connected to that V8 engine is an 8-speed automatic gearbox with paddles. Having previously driven the earlier Lexus RC F, one of the criticisms was just how slow the gearbox reacted to inputs. Thankfully the updated RC F feels as if it’s had some revisions to the gearbox; sadly, however, it still doesn’t feel quite enough. It still feels slower than rivals and still has issues particularly with downshifting in even its most optimum setting. It’s a real shame because when it comes to city driving, it delivers smooth, effortless changes that resonates with a big, luxury GT car. But this is a sports car and with that it should also behave like one. The M-DCT (M4), 7G-DCT (C63) and DSG (RS5) are all much faster in carrying out their instructions.

The Lexus RC F we’re driving here was treated to the Track Pack, which aims to bring about some sharper dynamism and out-right performance. Truth be told, though, the RC F never feels like a track car and even in its partial weight saving guise of Track Pack, it still sits at almost 200kg heavier than the BMW M4 and you do feel that, not only when pinning the throttle but also when focusing on its agility. It’s ability to transition its weight from corner to corner isn’t as fluid as it is in say the M4, you feel the mass being forced left and right while the chassis does its best to keep you on the straight and narrow. 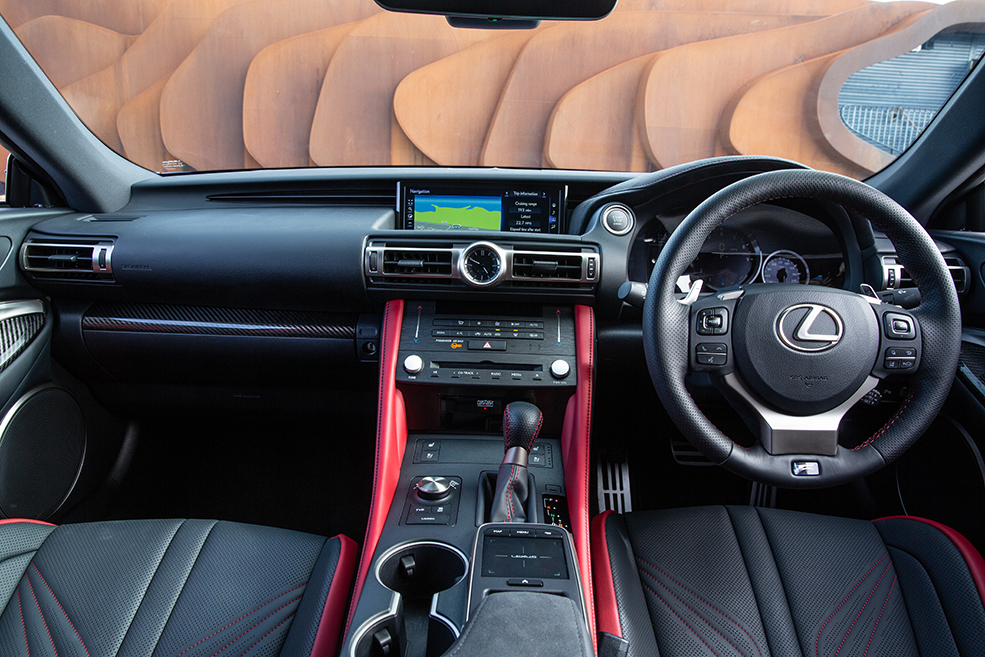 As part of the Track Pack you also get the addition of a torque-vectoring differential. Sadly, though, it isn’t an upgrade we noticed on the road if we’re being brutally honest. That may translate differently on track, however.

The other addition you get as part of the pack are the carbon ceramic brakes. Normally right about now is when we’ll pipe up and argue whether carbon ceramic brakes are ever needed on a road car, but in the RC F it’s a welcomed addition. Not only do you have 1800kg of weight to slow down and constant use would see the brakes faded in seconds, but the pedal feel in comparison to the standard steel setup is night and day, offering much more pedal feel and resulting confidence.

Inside it’s business as usual for Lexus. Scratchy plastics aren’t welcome around here, with soft touch finishes dotted about the cabin to make you feel welcome. For me, the Lexus does the day-to-day stuff better than any of its rivals. While some criticise the seating for being a touch too high, at 5ft11 I found it just about right on its lowest setting. The seats themselves are beautifully supportive and curve around you. Long journeys and day-to-day commuting becomes a doddle. 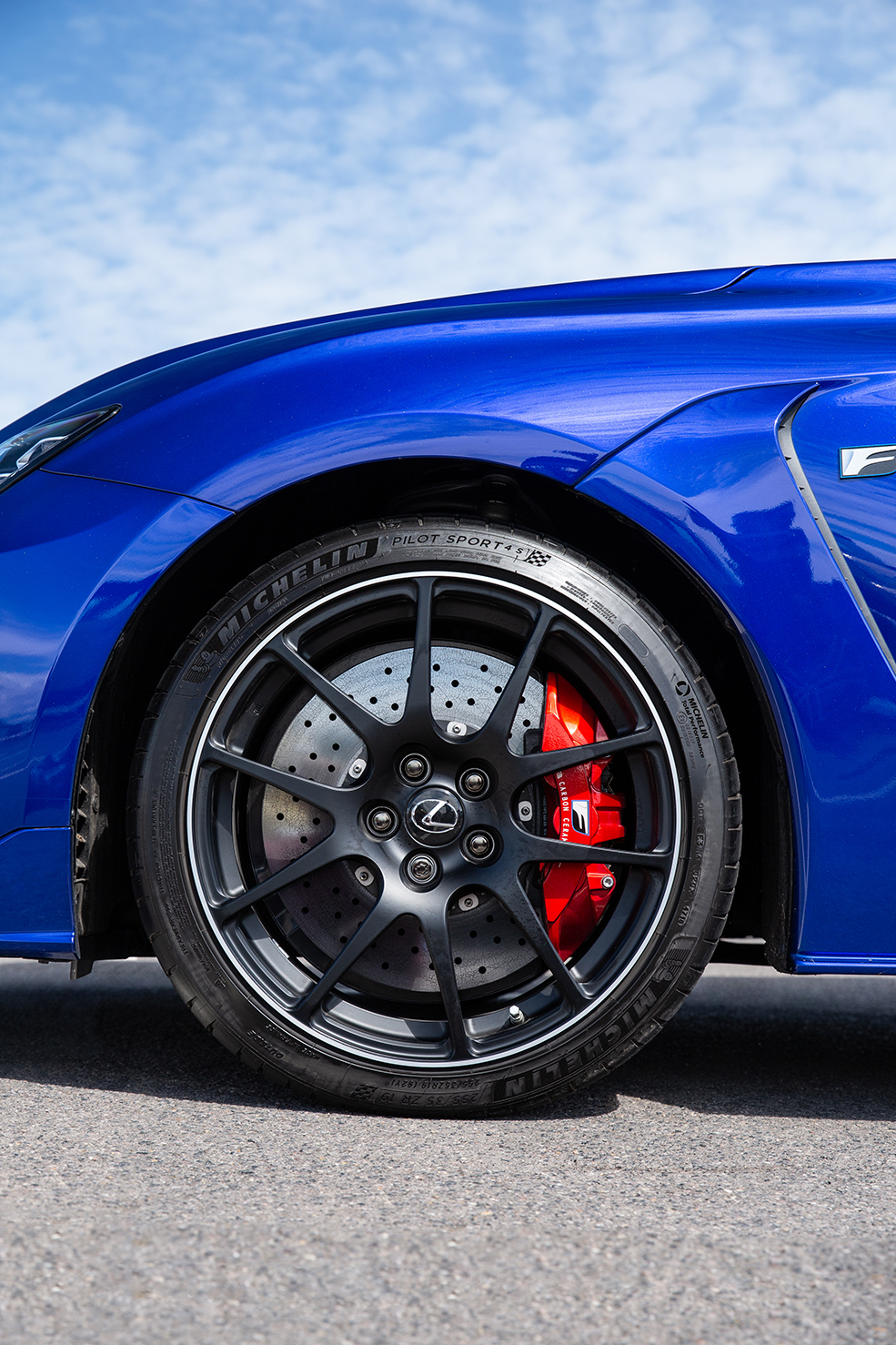 For some, criticisms lay solely with the car’s infotainment system, which uses a curser style mouse pad to help navigate the menus. For the first few days it takes some getting used to simply due to its stark contrast to its rivals. But, give it a chance and you start to get your head around how to quickly switch through menus without having to look at the pad. Yes, a rotary control wheel is easier to use, but I like that Lexus didn’t just copy the Germans and applied its own method. For some that method is madness, for me its quirky.

While the Lexus RC F Track Pack adds in a touch more agility and urgency, it still feels a little way behind its rivals in the sports car department. That being said, its old-fashioned way of thinking when it comes to internal combustion resonates massively with this petrolhead. Yes, it’s ultimately slower, but the climb towards the redline feels much more rewarding. It’s a muscle car at heart with a touch of class. That V8 soundtrack ain’t half bad either, after all, it won’t be long before V8s will be a thing of the past… 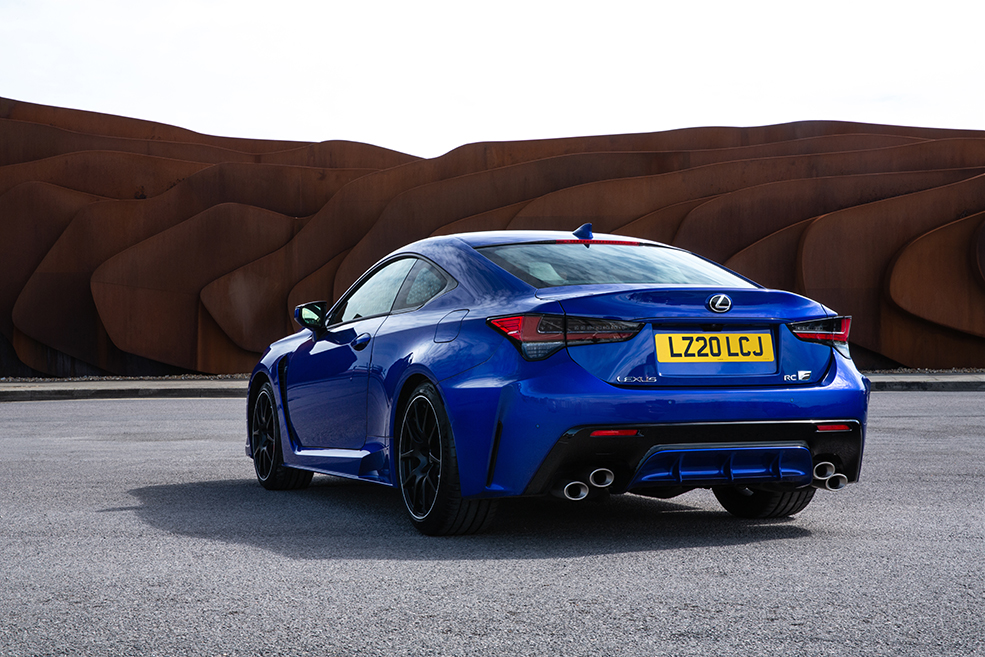