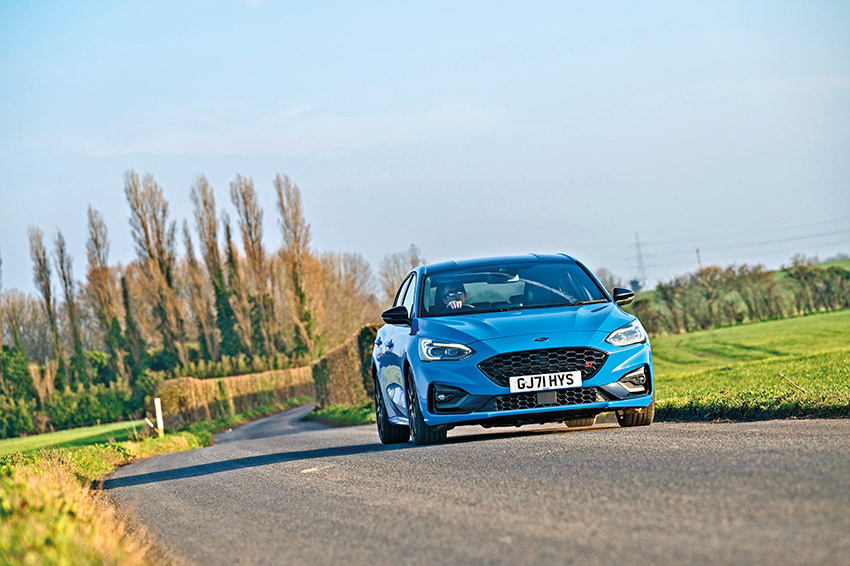 We test the latest special-edition fast Ford Focus to find out if the ST Edition lives up to its predecessors’ reputations.

Ford has developed something of a habit of releasing limited-number special editions of its sporty machines, usually as a final swansong before the next version or facelifted model is due to arrive.

In the case of the Mk4 Ford Focus ST Edition, it was as a last hurrah before the new-look Mk4.5 (as it’s already been dubbed by fans) arrives this year.

We’ve always been partial to a fast Focus, and we’ve been able to enjoy each incarnation of the ST as it’s got better and quicker. So when photographer Jason had a brand-new Focus ST Edition at his disposal – courtesy of Haynes of Maidstone – we were keen to see what it was like. 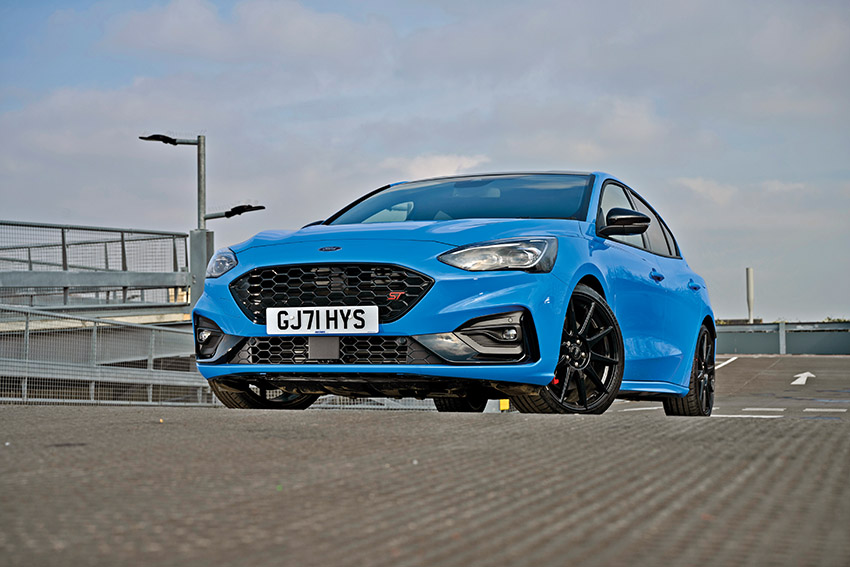 The regular Mk4 ST was a noticeable step on from the Mk3 Focus. The ride was offered better damping, and torque-steer seemed to have been largely banished. The extra 25bhp was immediately noticeable, as was the increase in torque. We liked it a lot.

In fact, looking back, the only gripes were with the location of a few buttons in the cabin and its rather Eurobox styling. 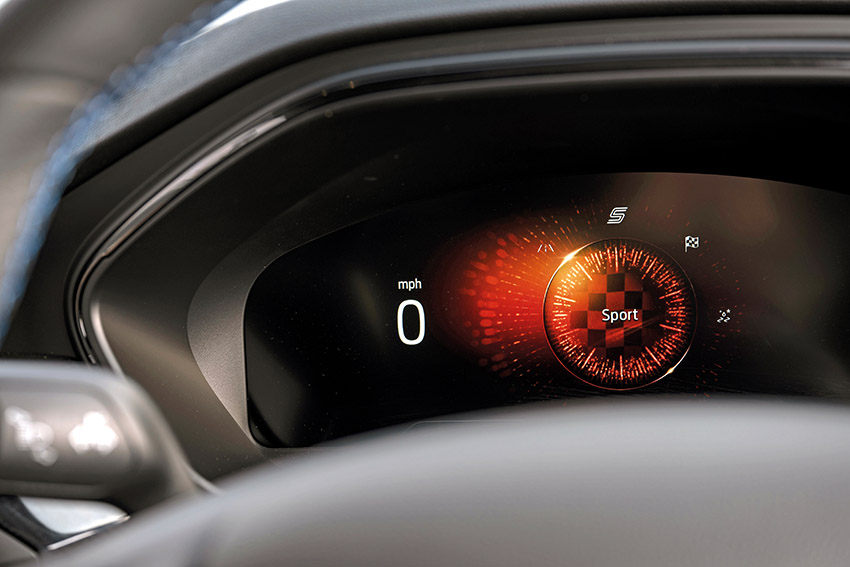 After reading that the Ford Focus ST Edition junked the adaptive damper configuration of the regular ST in favour of a manually-adjustable set from KW Automotive, we were a little concerned that the Mk4’s accommodating ride would suffer. But after just a few miles behind the wheel, our fears proved unfounded.

Our test car was supplied in an optimised road setting, with the coilovers offering adjustment through 12 bump and 16 rebound settings. It’s firm, of course, but the control and hushed ability to deal with the surface reeks of sophistication. If ever there’s any doubt about where money is best spent when looking to improve a car, the Edition serves as a great reminder that the answer is nearly always the suspension. 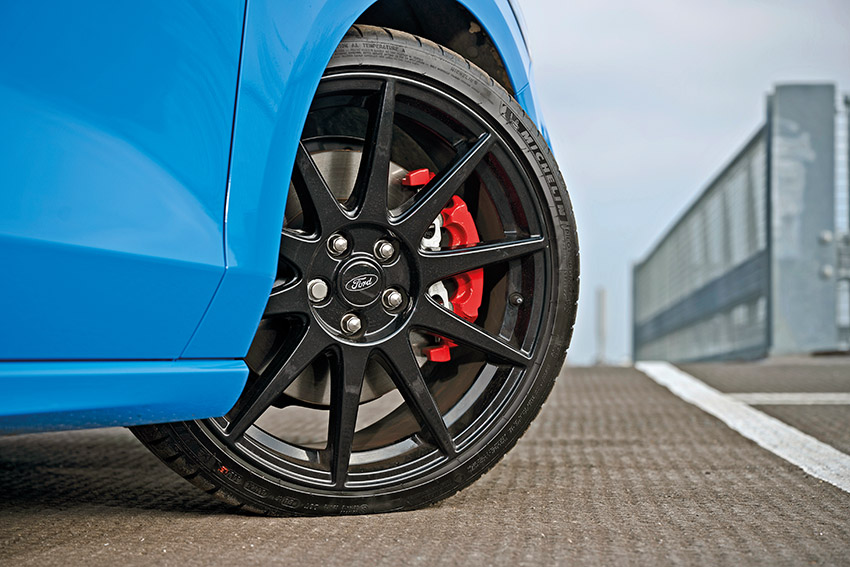 Sitting 10mm lower than a regular ST, and with a further 20mm adjustment possible, the coilovers have been mated to a spring rate that’s up 50 per cent over the non-edition. The result is a car with serious turn-in, a remarkable lack of body roll and the ability to deploy all its power most of the time.

Ford supplies the ST Edition with a technical guide suggesting a variety of settings for different driving scenarios. Sadly, we had neither the time – or a ramp at our disposal – to fiddle, but there’s definite appeal in being able to tighten things up in preparation for a track day or slacken them right off before a motorway marathon.

Externally, the Ford Focus ST Edition is distinguished by its Azure Blue paint, which, as with the Fiesta, isn’t available on the cooking models. The blue is complimented by a black roof, gloss black trim and 19in lightweight flow-formed wheels, which help reduce unsprung mass and assist with the lively and alert driving experience. Some will lament that it’s not a little more aggressive visually, but those in the know will know, and that’s arguably cooler. 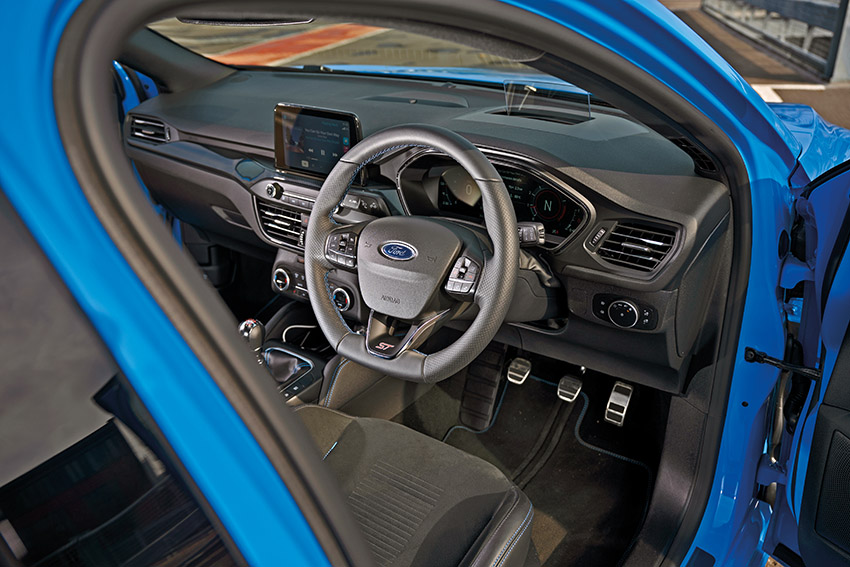 On the inside, the familiar Recaro seats feel a little more snug than before (blame the odd extra kilo on the driver’s part), but the extra girth of the steering wheel is all Ford’s nourishment – and it could do with slimming down. We get that chunkiness instils a sense of quality, but it does hinder feel. The Mk3 Focus steering wheel was much nicer and wasn’t burdened with 20 buttons, which look messy and are harder to operate on the hoof.

The rest of the interior is largely like any other current Focus before the just-launched refresh. It includes a customisable digital instrument cluster and this example has a heads-up display. You may not be keen on these – particularly when they utilise a prominent piece of projecting plastic on top of the dash – but it’s effective enough and the road speed limit reminder is certainly useful.

The question to ask is whether the Edition is worth the extra over the already very competent standard ST. Now only available used, a quick scan on Auto Trader reveals just two for sale at the moment, priced at £34,000 and £36,700. So, about the same as a brand-new facelifted Focus ST.

The answer depends on how you’ll use the car and what premium you place on exclusivity. The adjustable suspension gives the Edition a potentially much broader range from comfy cruiser to track-day weapon, but this does come at the expense of convenience; spannering the dampers is not the work of a few minutes and won’t be for everyone. For those of us who don’t like tinkering, the ST’s adaptive arrangement, which can be slackened or made taut at the touch of a button, probably offers a more sensible compromise. 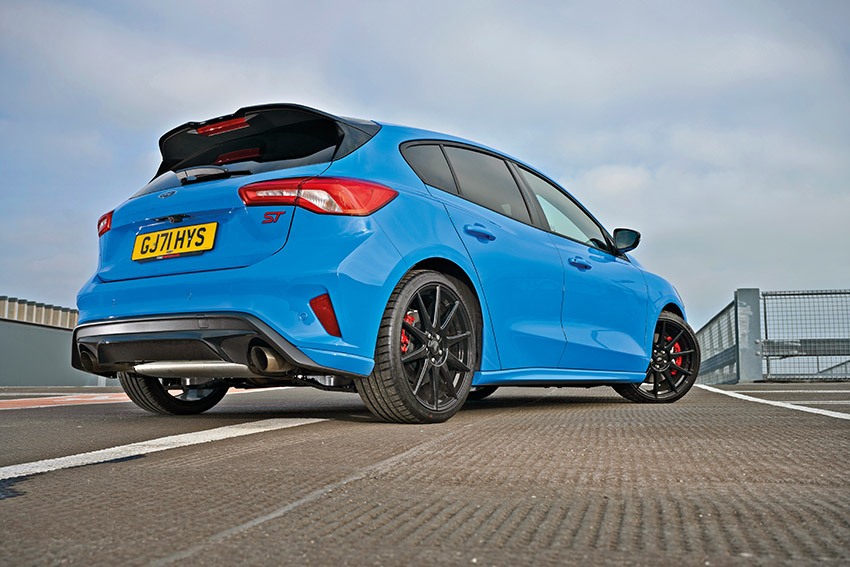 But the Ford Focus ST Edition is something else too. It’s the closest thing so far to a Mk4 RS, something we sadly won’t ever see, and while it doesn’t come with any more power than an ST, it has a chassis capable of absorbing a serious bhp upgrade.

This limited-numbers Ford Focus ST Edition – with its unique paint, solid residuals and choice upgrades – could be not only the best Mk4 yet, but one of the most capable Focuses ever to take to the road.