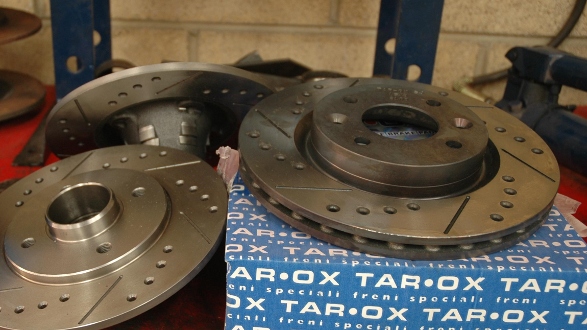 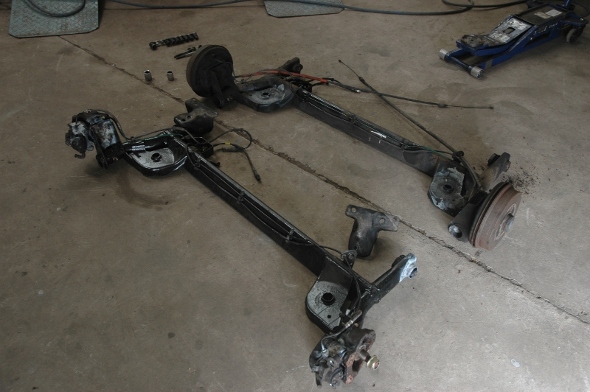 Popped to the local breakers yard a few days ago and found a Clio 172 sat on its arse, so I whipped the rear beam off like you wouldn’t believe and dragged it back to the workshop…Disc conversion ahoy!

It wasn’t really a case of bolting it up, in my haste I failed to grab the handbrake cables, the car was on the dirt in the breakers yard and I didn’t want to get my hair dirty, so I just cut them off!  Woe is me; I wasted £60 of my hard earned money doing that.  They can only be got from Renault themselves, not even Euro Car Parts do them.

What’s more; one of the bolts was seized in the suspension bush, so once I was back at the workshop I ordered two replacements from eBay, cheap enough and probably needed doing anyway since I’d up rated the fronts last month with Powerflex bushes. 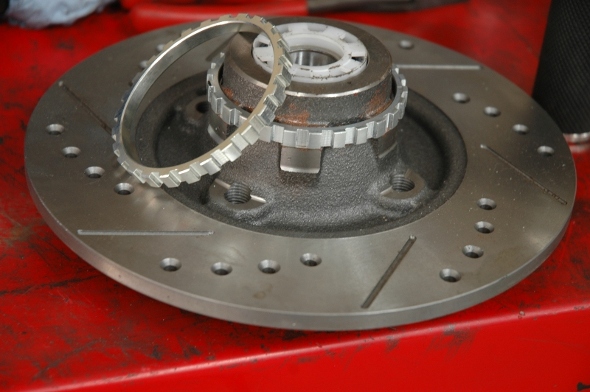 Another problem was the ABS, the discs on the beam wouldn’t work with my setup, it would have thrown a wobbler, I solved this by not only fitting some Tarox rear discs for a MK1 Clio, but also by getting some 26 Toothed ABS rings from eBay to match the fronts.  I also fitted a pair of rear wheel bearings from Euro Car Parts just to make sure everything was ship-shape. 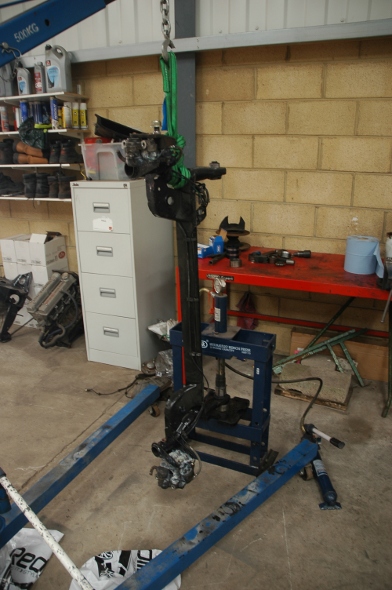 Getting the new bushes pressed in was a bit of a pain.

Getting the bushes in was a bit of a malarkey but I figured it out in the end.  After a clean-up and a bit of paint, the beam was ready to fit.

I fitted it up and replaced the old rubber brake hoses with some of the best brake lines on the market from HEL.  I did the fronts too whilst I was at it.  I bled the system up and checked for leaks, and took a gentle stroll round the park. 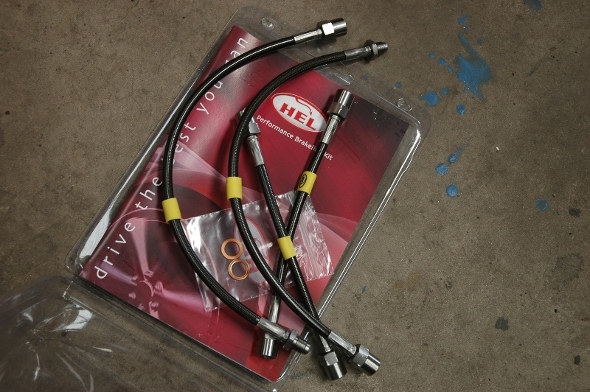 To Finish off the braking system I’ve added some braided lines.

The result?  I can’t honestly say that it’s made a noticeable difference to the handling, the 172 beam is supposed to have a thicker torsion bar fitted.  I can however feel that the brakes are more effective all round, so props on that part, and I suppose I have fully rebuilt the rear suspension now, and I’ll also have some scene points to cash in. 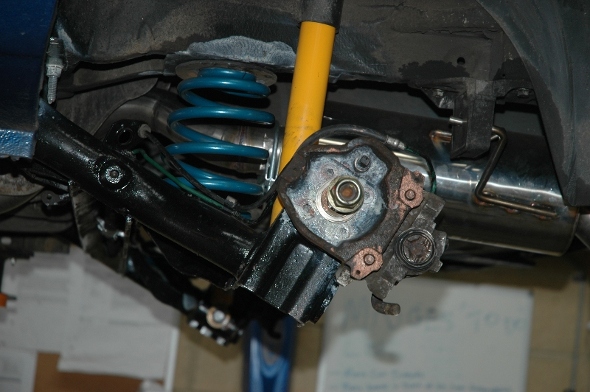 Everything clean, greased, and in it’s place, Attack of OCD is on the horizon.