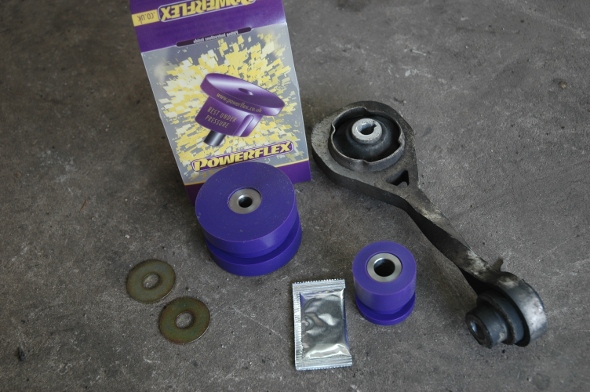 Generally, I like to replace bushes wherever I can on new purchases, I know the originals will strugglE to survive, especially after fitting up rated shocks.  Hoever, I’d never fitted polyurethane bushes to a Diesel before and I figured what the hell.

Taking a look on the powerflex website I found that most of the 172 bushes they produced would fit my car, all apart from the drop links, so I ordered what I could.

All the bushes are for the front suspension, there aren’t any aftermarket ones available for the rear beam, with the exception of spherical roller bearing ones, and that’s just going a bit too far for road use. 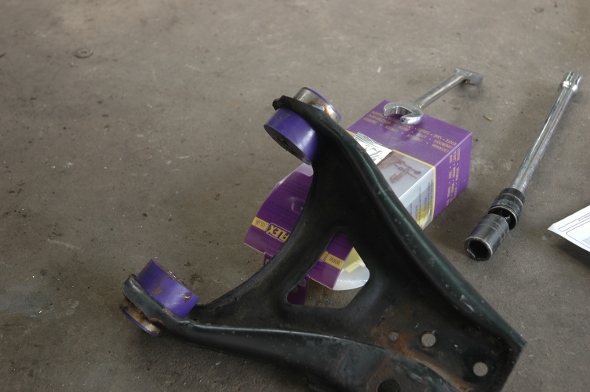 The lower arm sleeves appeared to require tack-welding, there are stories on the net of sleeves working free, so I decided to do that whilst they were out.  All other bushes were simple to fit and I only used a press to remove the Torque Reacion Link [TRL] bushes, and even then they’d probably have shifted with a big hammer.

I’ve driven the car 120 miles since fitting. The car already has Koni adjustable shocks and springs so handled rather well anyway. The bushes have really improved the pinpoint steering and steering wheel feedback, as expected. Another benefit is improved uptake of drive, it is now impossible to take up the clutch without either accelerating extremely smoothly, or stalling. This is down to the TRL bushes. 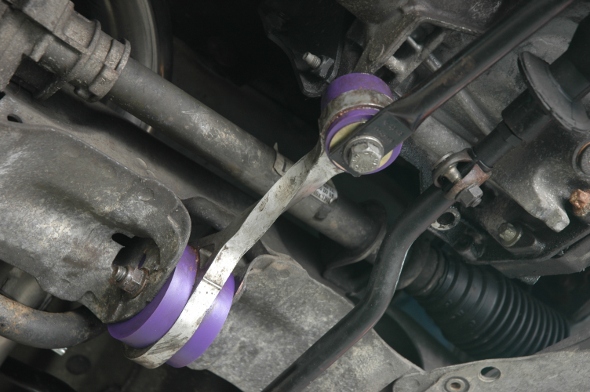 Uprating these bushes may produce unwanted vibration on a Diesel

I am now limited by my poor quality tyres and lack of any wheel alignment.KTEC produce an engine mount kit that I think would probably fit also, but that’s going to extremes I feel and would only add to the unwanted vibration I get through the TRL at idle.

In all I am very pleased with the result. I do think however think that replacing the torque link bushes for OE equivalents would be more suited for highway driving as sitting in traffic is a nightmare now.