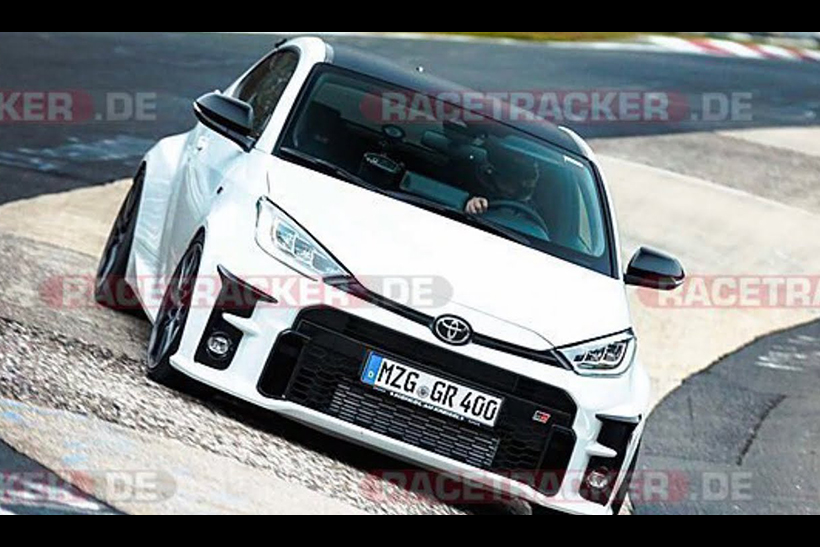 Just when you thought the applause for the new Toyota GR Yaris couldn’t get any louder, it suddenly does. While this may not be any official Nürburgring lap as YouTuber Captain Gasrank completes the tourist layout of the Nürburgring, otherwise known as Bridge To Gantry (BTG). This misses out the stretch between the last gantry and the first bridge. As a result, the lap totals 19.1km opposed to a full lap distance of 20.832km, which equates to around 20-30 seconds faster.

However, factor in that this was during a tourist track day, the Toyota GR Yaris was running on a Michelin Pilot Sport 4 S tyre, and finally conditions of just 6 degrees Celsius, you start to appreciate the engineering feat Toyota has managed to create with its 4WD system. Bravo. Oh, and this is a completely stock car, no track-based modifications. 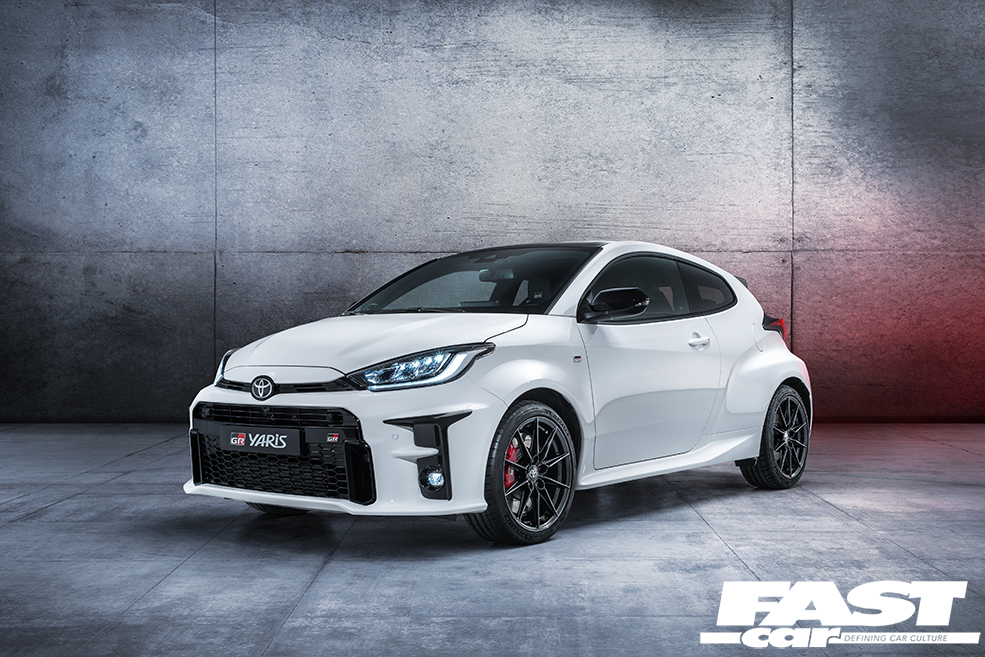 What is the new Toyota GR Yaris?

The new Toyota GR Yaris is Toyota’s first genuine all-wheel drive sports car and its first homologation model for World Rally Championship competition since the end of production of the Celica GT-Four in 1999. Well, it would have been, had Toyota not canned the competition car in mid-2020. However, the car was still engineered for that reason, so think of it still has a homologation special.

The WRC-skilled team of designers and engineers at Tommi Mäkinen Racing focused on perfecting the aerodynamics, weight distribution and light weight of the new car – the three qualities essential to achieving the best performance and drivability. 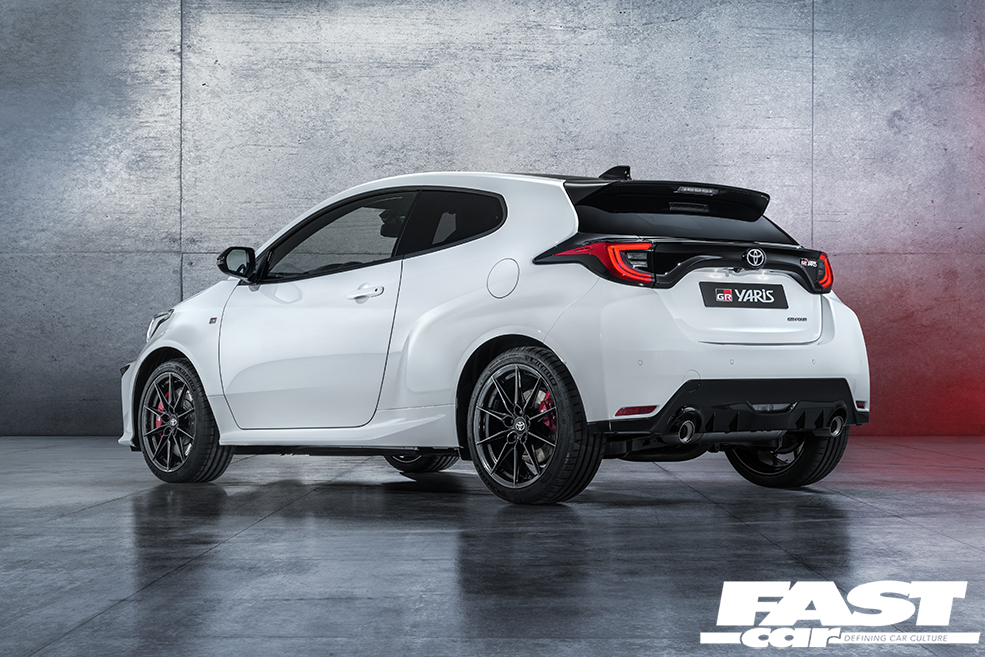 The body is made from lightweight materials including carbon fibre and aluminium to deliver a 1280kg kerb weight. Couple that with the all-new 1.6-litre turbo engine that produces 257bhp and 267lb ft of torque and Toyota says the GR Yaris will sprint from 0-62mph in 5.5 seconds and go on to a top speed of 143mph.

The GR Yaris’s performance is supported by a new GR-Four all-wheel drive system designed to optimise drive power to each wheel, while also being simple and lightweight. The distribution of torque between the front and rear axles is governed by a high-response coupling and has, in theory, the ability to send 100% of the torque to either the front or rear wheels. As an option in the Circuit Pack, two Torsen limited-slip differentials manage the split between the left and right-side wheels to give natural and direct car control. 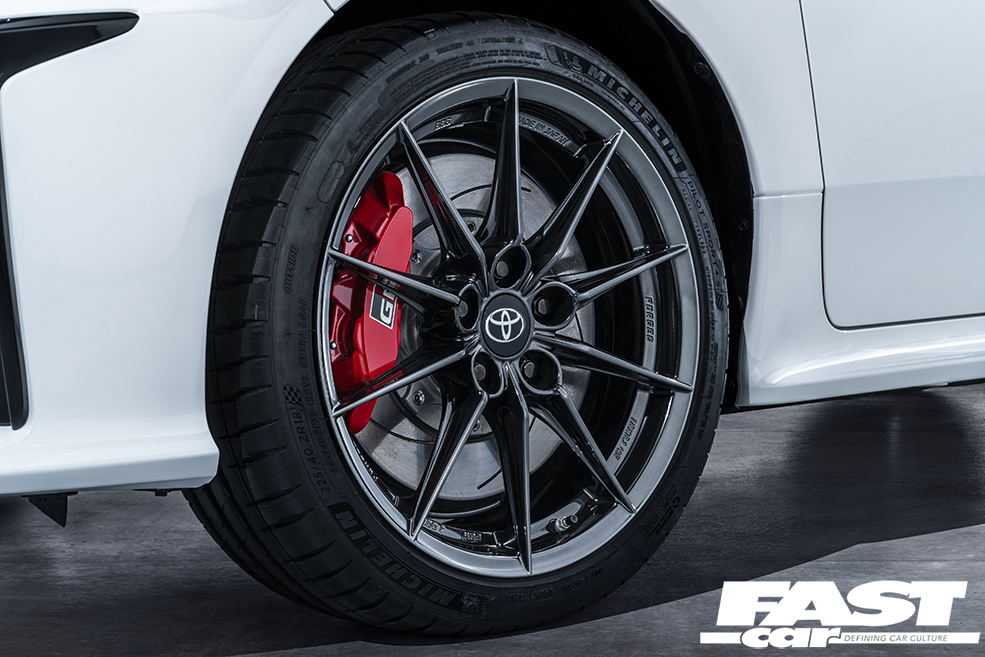 The driver can adjust four-wheel drive performance to suit their preference or the driving situation using a 4WD mode dial switch. In normal mode the base front/rear torque distribution is 60:40; in Sport mode the balance shifts to the rear, with 30:70 distribution to achieve a fun-to-drive quality on winding roads and circuits; and in Track mode the base setting is 50:50 for fast, competitive driving on circuits or special stages. In each mode, the torque balance will automatically adjust in response to the driver’s inputs, vehicle behaviour and road or track conditions.