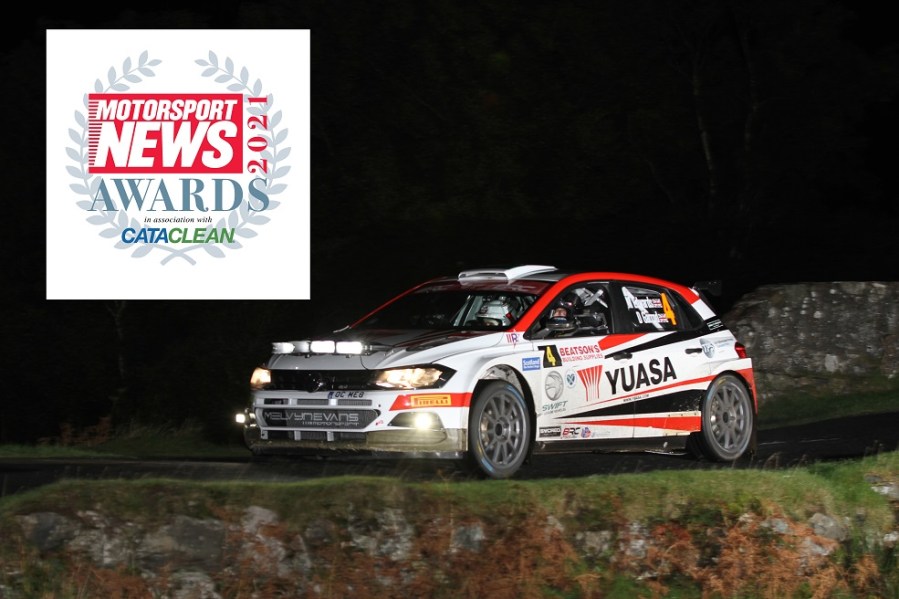 Welcome to the Motorsport News National Rally Driver of the Year 2021 award sponsored by Cataclean. Here you can have your say and vote for who you think deserves the inaugural award.

One of the greatest aspects of motorsport is being able to dissect and ruminate on any drivers’ or teams’ performance once the chequered flag or the final control board has been passed and the dust has settled.

There are so many meritorious performances to enjoy, remember and reflect upon but, for the first time, Motorsport News wants to reward the teams, drivers and organisers who have given us the most pleasure over the season just gone.

And, true to Motorsport News’s heartland, we will be focusing on the heroes of the national motorsport scene.

Below is your shortlist for the National Rally Driver of the Year 2021 award sponsored by Cataclean, and here is where you’ll be able to cast your vote for who you think should be crowned the winner.

And don’t forget, this is not just about the people who have claimed the silverware. This is about the drivers who have given the performances that have taken your breath away.

Motorsport News editor Matt James said: “Our mission with the inaugural Motorsport News awards is to credit those drivers, teams, organisers and volunteers who have gone the extra mile in the last 12 months.

“If there is one thing that the tough times recently have taught us, it is that the passion for motorsport and the act of competing is stronger than it has ever been. As the Voice of British Motorsport, we salute that and what better way to do that than with our first Motorsport News awards. Get involved and make your vote count.”

All the winners will be announced in our November 11 Awards Special edition. Make sure you reserve a copy at your newsagents to find out who has emerged on top of the pile.