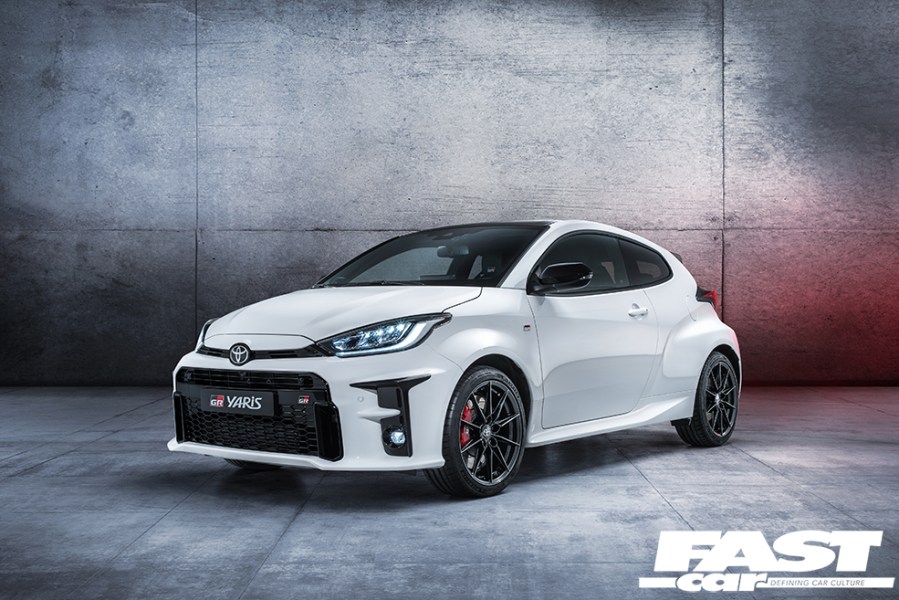 Toyota has released the specifications for its upcoming Yaris GR and we finally get to see it without that livery!

With most of the world turning to boring cars, Toyota has found its mojo with the GR brand and released another product hot on the heels of the recently relaunched Toyota Supra. What’s more, the Yaris GR isn’t just a limited run special, but it’s a 25k run of cars that is born out of the need to homologate its WRC car.

Yes, this car shares more with the WRC car than we first imagined and Toyota says it has all the attributes required for owners looking to compete successfully in local rally competitions… interesting.

The new Yaris GR is Toyota’s first genuine all-wheel drive sports car and its first homologation model for World Rally Championship competition since the end of production of the Celica GT-Four in 1999.

The WRC-skilled team of designers and engineers at Tommi Mäkinen Racing focused on perfecting the aerodynamics, weight distribution and light weight of the new car – the three qualities essential to achieving the best performance and drivability.

The body is made from lightweight materials including carbon fibre and aluminium to deliver a 1280kg kerb weight. Couple that with the all-new 1.6-litre turbo engine that produces 257bhp and 267lb ft of torque and Toyota says the Yaris GR will sprint from 0-62mph in 5.5 seconds and go on to a top speed of 143mph.

The Yaris GR’s performance is supported by a new GR-Four all-wheel drive system designed to optimise drive power to each wheel, while also being simple and lightweight. The distribution of torque between the front and rear axles is governed by a high-response coupling and has, in theory, the ability to send 100% of the torque to either the front or rear wheels. As an option in the Circuit Pack, two Torsen limited-slip differentials manage the split between the left and right-side wheels to give natural and direct car control.

The driver can adjust four-wheel drive performance to suit their preference or the driving situation using a 4WD mode dial switch. In normal mode the base front/rear torque distribution is 60:40; in Sport mode the balance shifts to the rear, with 30:70 distribution to achieve a fun-to-drive quality on winding roads and circuits; and in Track mode the base setting is 50:50 for fast, competitive driving on circuits or special stages. In each mode, the torque balance will automatically adjust in response to the driver’s inputs, vehicle behaviour and road or track conditions.

No word on pricing yet, but given the kit on board, we’re expecting comfortably over £30,000, with deliveries expected to start in the summer of 2020.