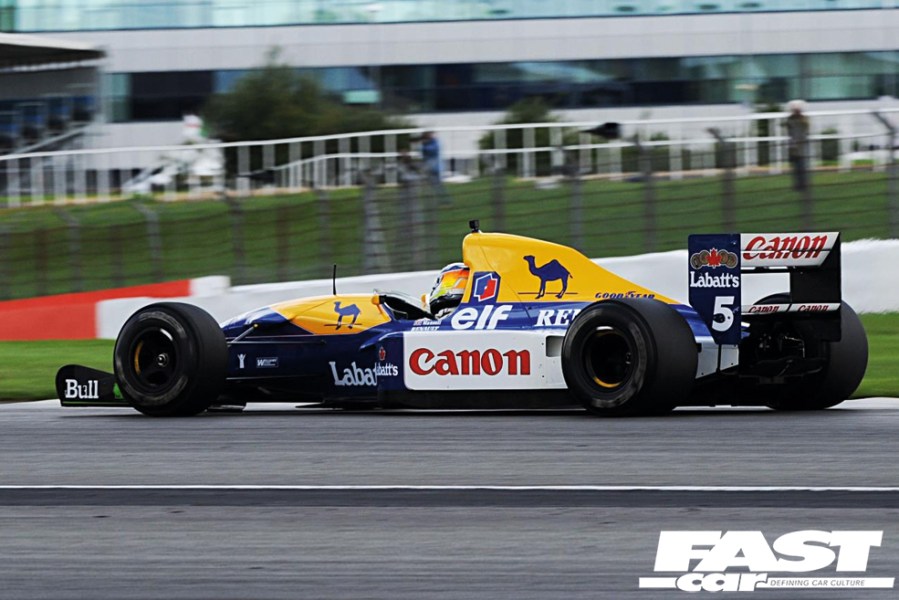 To celebrate the 70th anniversary of Formula 1, Autosport International 2020 will be showcasing motorsport’s most revolutionary technologies that have impacted wider society.

As part of January’s show, RetroFuture has been engaging with motorsport fans to find the most influential technology from the past seven decades.

The top five technologies voted by fans are the active suspension of the Williams FW14B, the revolutionary monocoque structure of the Lotus 49, the low-drag Le-Mans winning Jaguar XJ-9, the first bespoke rally car; the Lancia Stratos and the all-conquering McLaren MP4/4.

Williams FW14B
Competing in the 1992 F1 World Championship the FW14B dominated the championship, winning 10 out of the 16 races to secure the title. A major contribution to the dominance of the Williams was the active suspension, the system controlling the vertical movement of the wheels relative to the chassis or vehicle body with an onboard system.

The technology suited the more aggressive driving style of Nigel Mansell that enhanced the aerodynamic downforce of the FW14B.

Lotus 49
Pioneered by technical genius Colin Chapman, the Lotus 49 was highly advanced for its era. The specially-designed engine chassis configuration meant that the engine became
a stress-bearing structural member. Due to its inherent performance and structural advantages, the concept is still being used in current Formula One cars.

The revolutionary 49 won the 1968 and 1970 Formula One World Championships driven by Graham Hill and Jochen Rindt respectively. In the 42 races that the 49 competed, it won 12 races and finished on the podium a staggering 23 times.

The 1988 Le Mans victory was the first time a Jaguar car had won the prestigious race since 1957. Over the season the XJR-9 had more success winning the World Sports Prototype Championship with ex-F1 driver Martin Brundle winning the drivers’ championship.

Lancia Stratos
The Stratos was a very successful rally car in the 1970s and 1980s. It started a new era of rallying as it was the first rally car to be created from scratch for this type of competition. In the hands of Sandro Munari and Björn Waldegård, the Stratos won the 1974, 1975 and 1976 World Championship titles.

The combination of the low centre of gravity and wide wheelbase proved pivotal in the car’s success. Even without manufacturer support in the late 1970s and early 1980s the car was still able to beat works cars, with the Stratos’ final victory being at the 1981 Tour de Corse Automobile.

McLaren MP4/4
Amassing 15 wins from 16 races in the 1988 Formula One season, the MP4/4 combined the McLaren aerodynamic package, Senna and Prost pairing and the 650 hp all-conquering Honda V6 engine to create a formidable combination. A pioneer in the late 1980s the MP4/4 was the first to introduce the 30 degrees reclining seating position which is still being used in modern Formula One cars. The seating position meant the driver was lower in the car providing less aerodynamic disturbance while in turn creating a safer cockpit.

Statistically the most successful Formula One car in history, the MP4/4 was truly dominant, this was most notable in qualifying when at the San Marino Grand Prix both McLarens lapped in the 1 minute 27s while the rest of the field could only achieve 1 minute 30s.

Fans are invited to vote for the top technology from these five landmark cars on Autosport International’s social media channels.