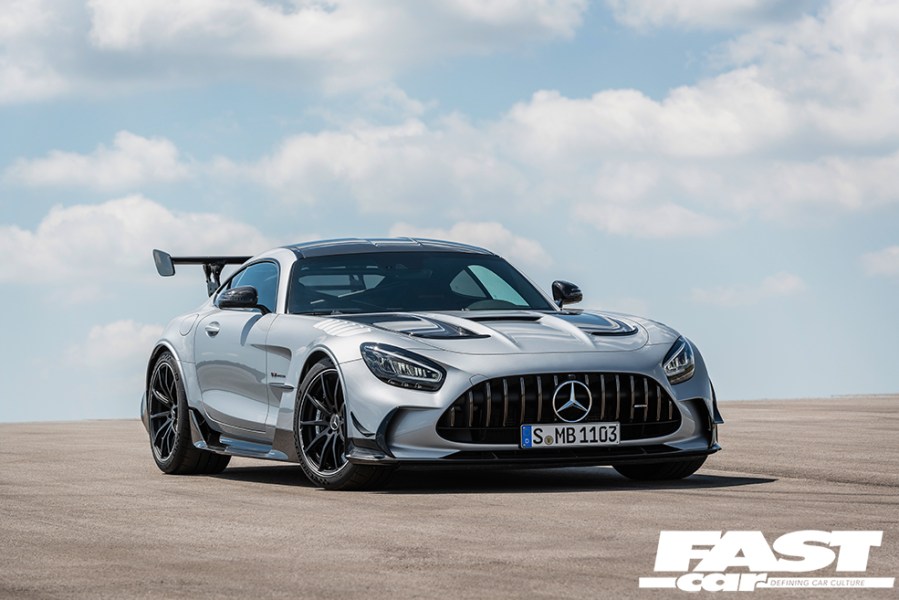 The sleek AMG GT just got meaner with the introduction of the Mercedes-AMG GT Black series, a 720bhp track-focused monster.

Wasn’t the AMG GT R Pro the track car? We thought so too. Apparently not. This car doesn’t feature any GT R badges, instead its an entirely different car based on the regular GT. You’d usually find this bodykit attached to a Mansory kitted car, but this is entirely the work of AMG. 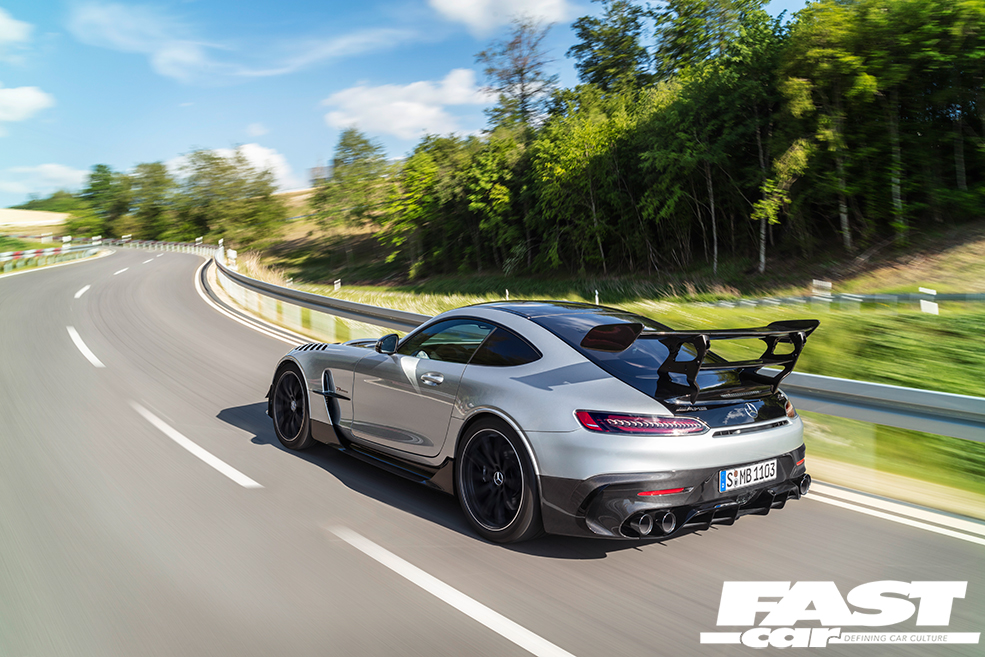 “A Black Series is always a two-seater, always a hardtop” Joerg Letzel, product manager at AMG explains. This, then, is the pinnacle of a car built for the track with the ability to be driven on the road. 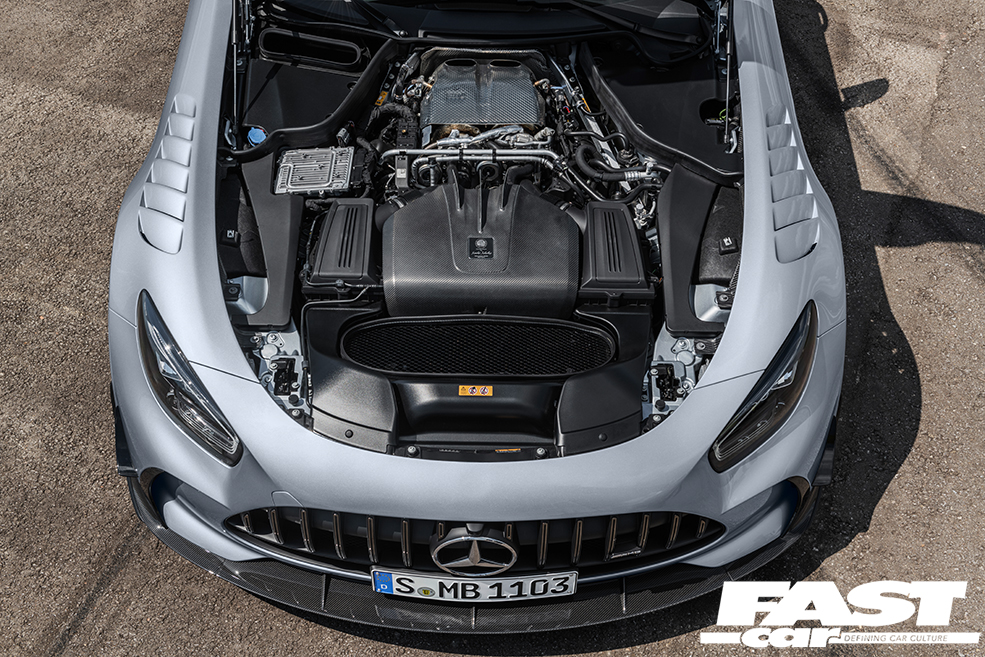 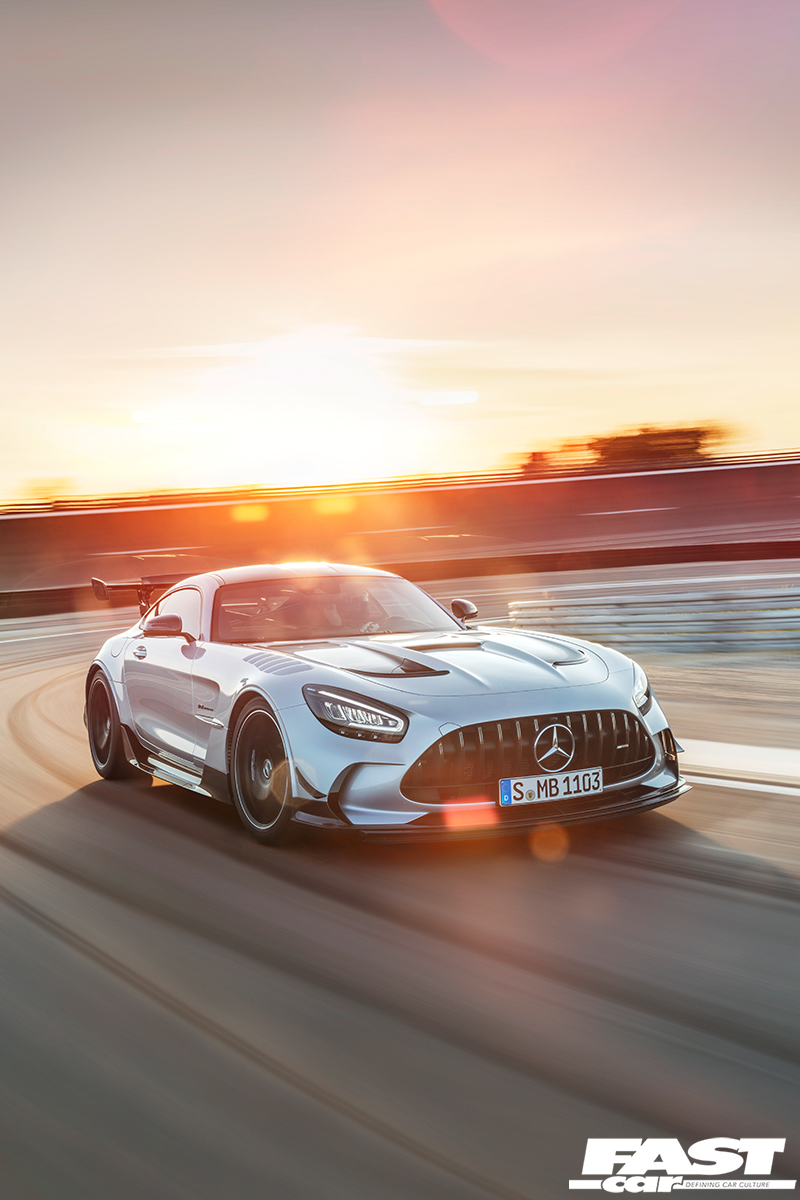 Suspension wise it gets competition-spec coilovers but with AMG’s ride control, which is electronically controlled via some dials in the cabin. The GT R Pro does away with this and you have to manually adjust the coilovers. If you do want to get hands on in the pit garage you can adjust front wheel camber and front and rear anti-roll bars. 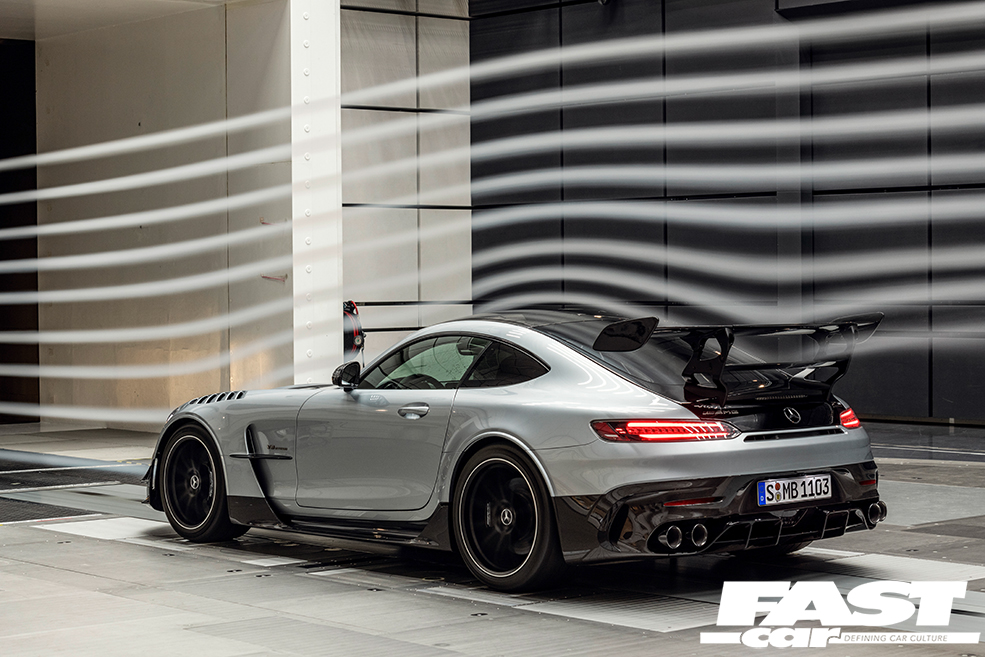 The biggest talking point is the bodykit, which is bonkers. Louvres are placed over the wheel arches to transfer air pressure for downforce, the front grille is larger (similar to the GT3 race car), the front diffuser is manually adjustable for street and race and the underfloor is completely flat for improved aero. The rear wing is quite obvious, standing prouder than that on the GT2 RS. It’s a “double-decker” wing, where the two aspects can be manually adjusted, with a separate flap on the top section that can be moved automatically or electronically inside the cabin. 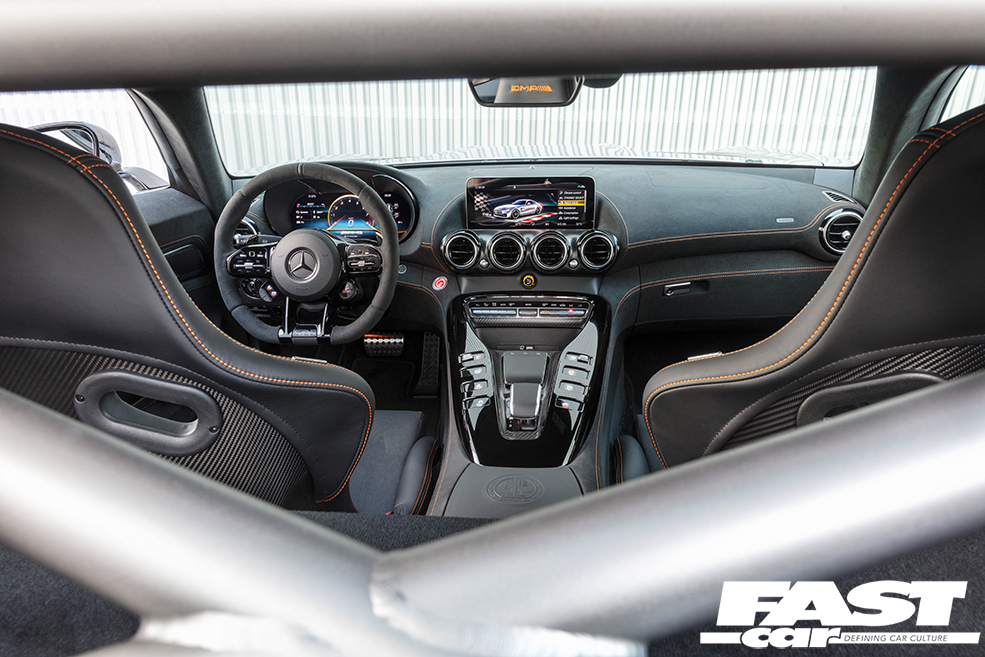 As you can imagine with a Black Series, the weight has also been reduced, some 35kg less than the GT R Pro at 1540kg. Thinner glass for the front and rear windows have been used as well as carbon fibre bucket seats, carbon bonnet, carbon wings, carbon tailgate and a carbon roof. You can opt for a track pack on top of this which brings in a titanium roll cage, four-point harnesses and a fire extinguisher. 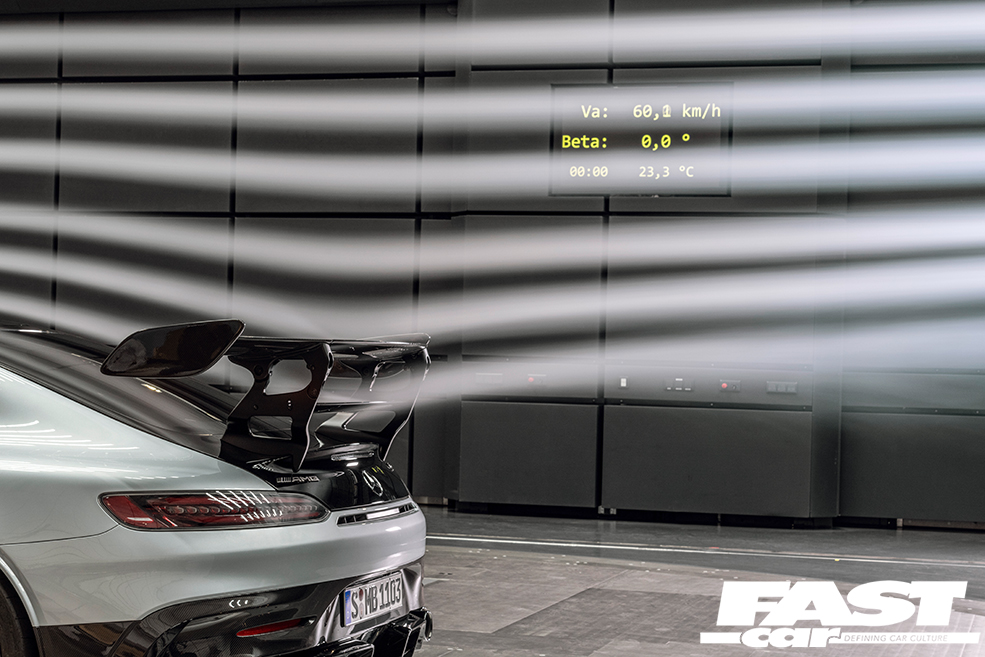 The Mercedes-AMG GT Black Series price? Around £330k in the UK.