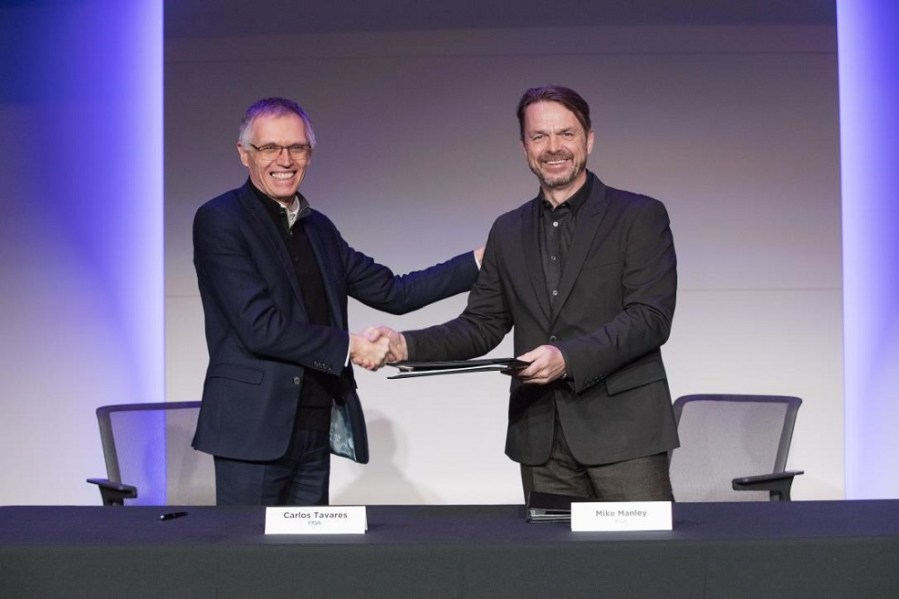 Fiat Chrysler Automobiles N.V. (“FCA”) and Peugeot S.A. (“Groupe PSA”) have today signed a binding Combination Agreement providing for a 50/50 merger of their businesses to create the 4th largest global automotive OEM by volume and 3rd largest by revenue.

The combined company will have annual unit sales of 8.7 million vehicles, with revenues of nearly €170 billion, recurring operating profit of over €11 billion and an operating profit margin of 6.6%, all on a simple aggregated basis of 2018 results.

The combined entity will have a balanced and profitable global presence with cars covering all vehicle segments from luxury, premium and mainstream passenger cars through to SUVs and commercial vehicles. The new Group will have much greater geographic balance with 46% of revenues derived from Europe and 43% from North America, based on aggregated 2018 figures of each company.

The merger will allow the marques to focus the large proportion of its car building on just two platforms, which they say will account for two-thirds of its run rate, some 3 million cars per year on the small and compact mid-size platform meaning profits will be increased further.

There is no word on potential plant closures but with the combination of a shift towards SUV buying as well as stricter emissions legislation and the growing doubt that these SUVs will meet future emissions targets puts the production at risk. Time will tell as to whether plant closures will occur.

NOT THE FIRST FRANCO-AMERICAN MERGER

The first Franco-American auto merger began in the 1970s, when Renault invested in AMC. The arrangement was thought to be a no-brainer, with Renault offering small-car expertise and AMC providing important North American market access. But despite some early successes and much hope, both companies stumbled too much and in 1987 Renault had retreated to Europe and its AMC shares were bought up by none other than Chrysler.