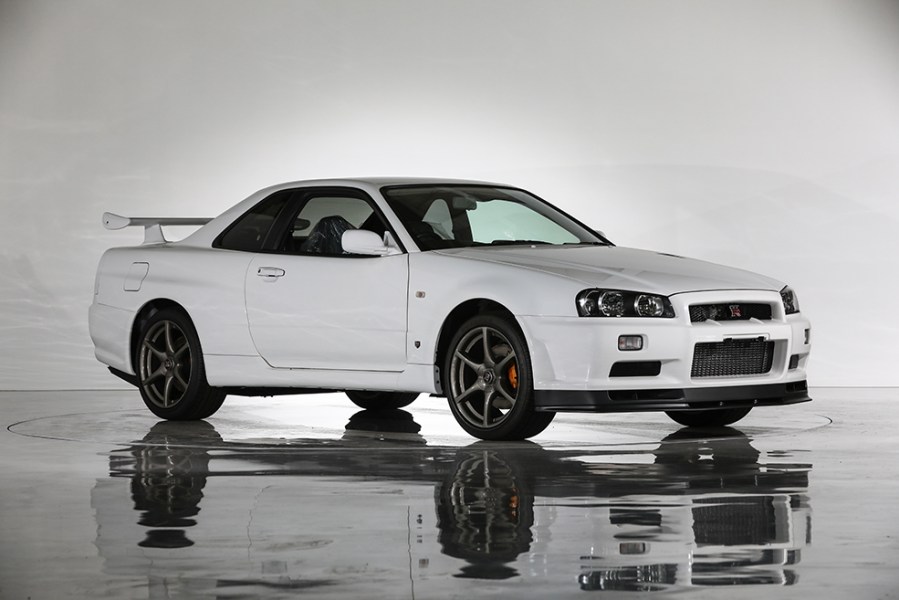 Having covered just 10km in its life and never registered, this R34 Skyline GT-R V-Spec II Nür could be about to rewrite JDM car prices.

The Nissan Skyline R34 GT-R has enjoyed years of upmost praise, iconic status and rising prices. With the US just a short while away from being able to legally import the JDM legend thanks to its 25-year ruling, prices for ordinary examples are expected to continue to climb.

This example set for sale with BH Auction in Japan is no ordinary model, though. This is a V-Spec II Nür, which means its one of just 718 V-Spec IIs built, with the Nür package only setting foot on 1003 R34s in total (285 M-Spec cars were also built). Of the 718 V-Spec cars, just 159 were finished in the QM1 Pearl White colour you see here. As part of the Nür upgrade, cars were treated to the gold-covered N1 engine you see under the bonnet. Before 2002, the N1 engine was reserved only for race cars. Nismo believed that the standard RB26 engine required too much maintenance to use in Group-A or Group-N race cars. As a result, Nismo balanced the crankshaft to a higher specification than stock, improved water channels within the engine block, upgraded the top piston rings, thicker cylinder walls and deck surfaces, as well as adding new camshafts and turbochargers. 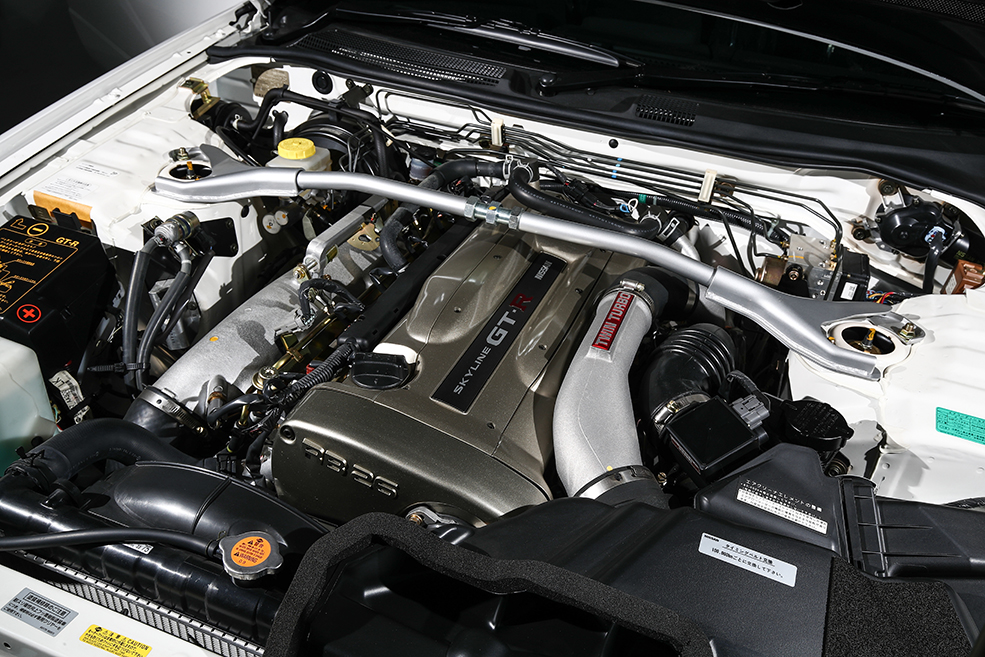 The change to the turbochargers came in the form of steel turbine wheels rather than the ceramic ones found in the standard RB26 unit, this was due unreliability at high temperatures on the ceramic wheel.

If you aren’t clued up on your Skylines, a V-Spec II Nür sits high when it comes to hierarchy, with the ultra-rare (just 20 built) Z-Tune sitting above it. This isn’t the first time this car has been for sale, having been bought three years ago for 35.2 million Yen (around £234k), and it’s also not the only low-mileage V-Spec II Nür to sell, a Millenium Jade model sold two years ago for £161k with just over 4000km on the clock. 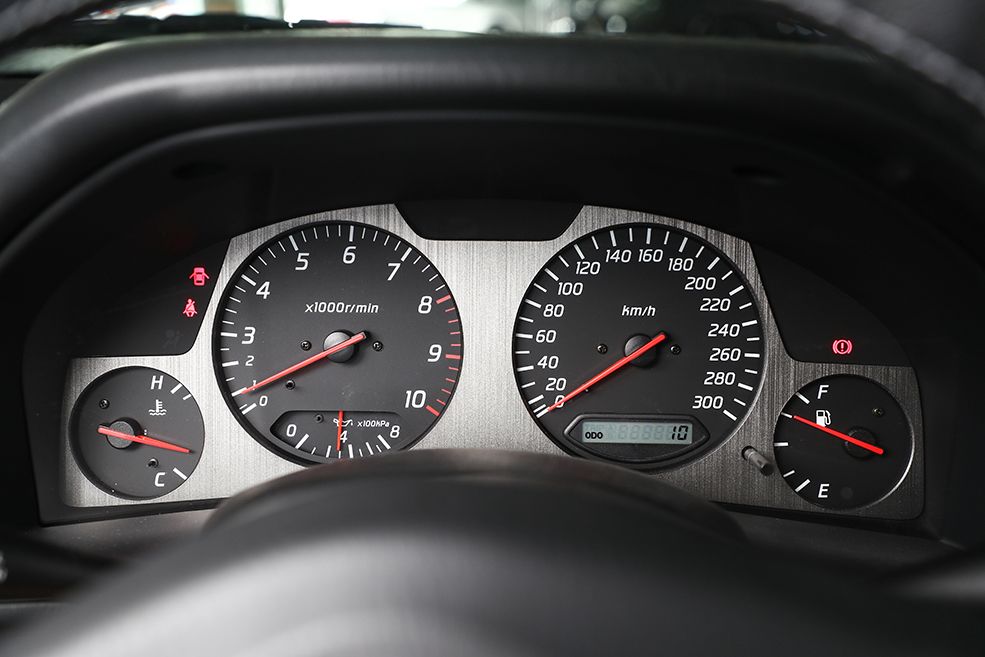 How much will this 10km Skyline R34 GT-R fetch? It’s tough to say. BH Auction hasn’t, at the time of writing, published any estimates, but we would expect it to sell for upwards of £350,000… 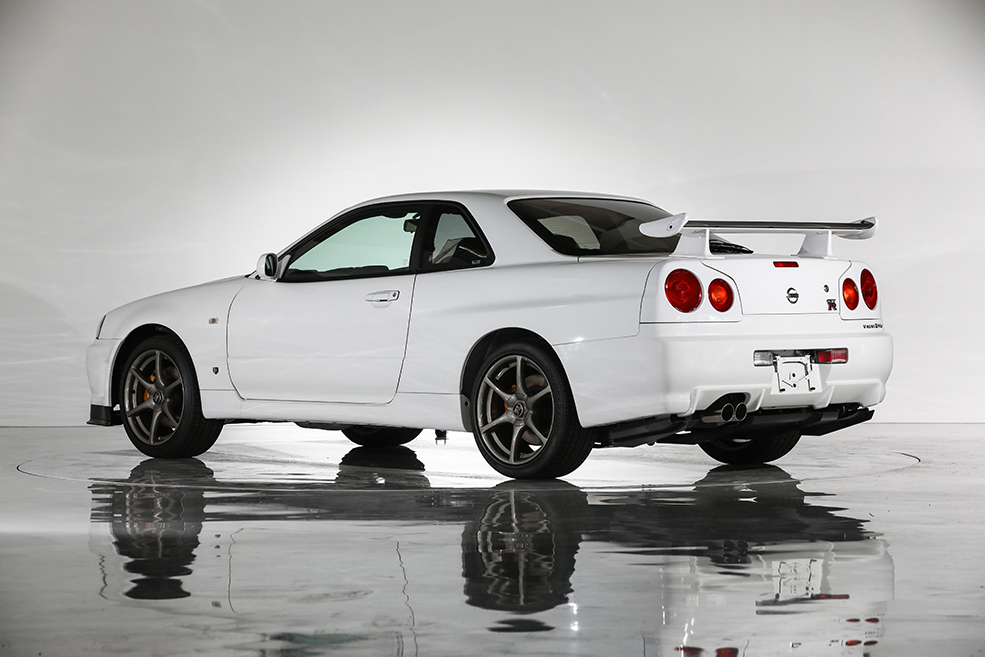