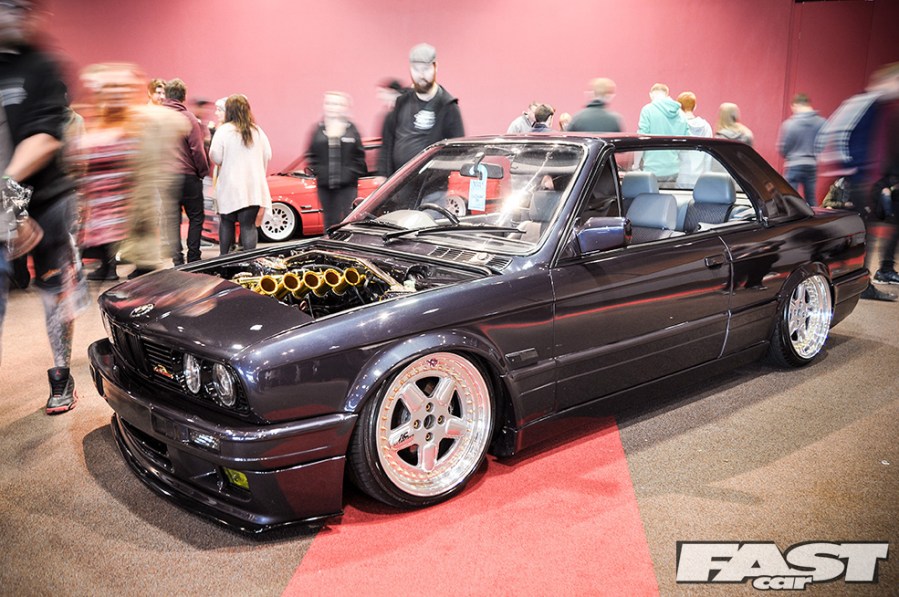 Winter doesn’t have to spell doom and gloom for fans of top-notch modified car shows, as Ultimate Stance so effectively proves…

If you’re the sort of person who considers putting their show car into hibernation at the end of September each year, take some advice from us: leave it until November so you can nip up to Telford to attend the frankly awesome Ultimate Stance show first!

The fancy carpeted halls and lovely central heating of Telford’s International Centre mean this swanky indoor event acts as a big ‘screw you’ to all of those who think that the car show season is a summer-only affair, by bringing together one of the best quality collection of slammed cars of the year, with a chilled, bang-on-trend atmosphere to boot.

A spin-off from sister show Ultimate Dubs which is held around March-time, Ultimate Stance opens up the floodgates to not only slammed VAG metal, but pretty much anything on four wheels.

It’s unsurprising that the mix of cars never fails to be awe-inspiring, then, from lowriders to drag cars and pretty much everything in between.

With a string of successful years already under its belt, we nipped on over to see how 2017’s instalment would inspire us. Here’s what went down…